Get an idea of our work and take a look at our projects. Below you will find a selection of reference projects that we are currently realising or have realised in recent years. 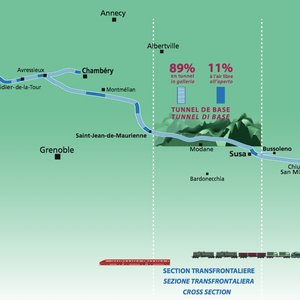 Construction of the base tunnel from the Villard Clément portal attacks. 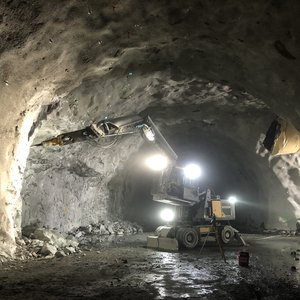 The new double track railway Sandbukta-Moss-Såstad (SMS) is part of the Intercity development and is one of the sections of the line towards Halden (the Østfold railway's western line).

With a length of 27 km, line 17 extends over 13 municipalities in the departments of Seine-Saint-Denis, Val-d'Oise and Seine-et-Marne. It connects nine stations between Saint-Denis Pleyel and Le Mesnil-Amelot in less than twenty-five minutes and will facilitate the daily life of nearly 565,000 people. 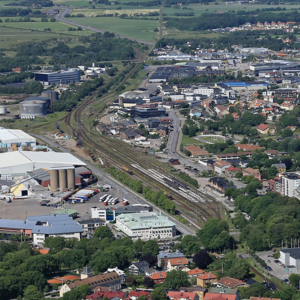 The project comprises the two-lane extension of the Varberg-Hamra section, which is part of the Västkustbanan railway line connecting Göteborg with the southern Swedish city of Lund. As part of an Early Contractor Involvement contract (ECI con-tract), Implenia was initially awarded with the Preliminary Design (Phase 1) in June 2018, and subsequently with the Detailed Design and Construction (Phase 2) in September 2019. 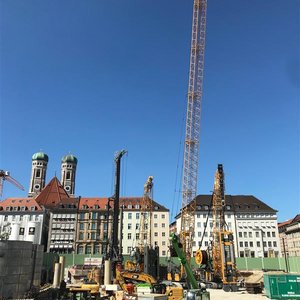 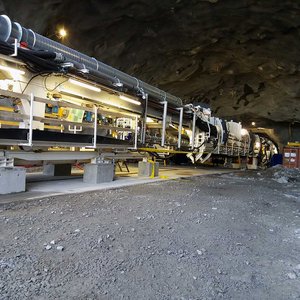 As the second of four phases of the so-called City Link Project, the Anneberg-Skanstull Tunnel serves to improve the power supply in the Greater Stockholm area. At a length of around 14 km and a diameter of 5 m, the tunnel is being driven about 50 - 100 m below the Swedish capital using a tunnel boring machine. 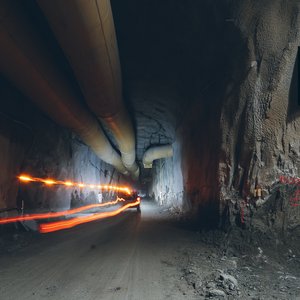 Implenia Sweden is building a repository for process waste from Boliden's Rönnskär copper smelter in Skelleftehamn. Boliden has awarded Implenia the contract, which essentially consists of drilling and blasting a series of rock excavation chambers with high crack protection, located around 330 m below sea level below the smelter. The contract is the first won by Implenia Sverige AB for the mining industry. The project has a duration of 3 years, starting in January 2018.

Line B of the Lyon Metro

This project, with a length of approximately 2.5 km, will extend line B from Gare d'Oullins station to Hôpitaux Lyon Sud station and create two additional stations. The journey time between Oullins station and the Lyon Sud hospitals is 3 minutes and 20 seconds. 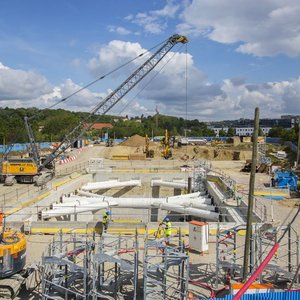 In order to serve the city center of Oullins, the university-hospital hub of Lyon Sud, to create a multimodal exchange center and globally to intensify the development of the "valley of hospitals", SYTRAL has decided to extend the line B subway about 2.5 km at the south of Lyon. Two new stations will be created, Oullins Center and Saint-Genis-Laval Hospitals South. This work was entrusted to the joint venture IMPLENIA France (Agent) - DEMATHIEU BARD - IMPLENIA Switzerland. This award marks the successful development of Implenia France in the country by engaging in large-scale projects, with major public clients located in the region.

Implenia France, within the ALLIANCE group, has developed a specific production tool for segments (tunnel lining) for the needs of Grand Paris. 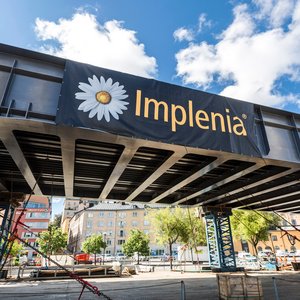 Complex project in the heart of Stockholm. 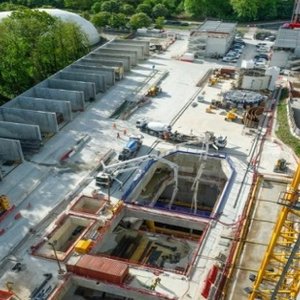 The “Grand Paris Express” project aims to improve links between the French capital and neighboring residential areas in the Greater Paris region (Île-de-France) by building a transport network of six driverless underground railway lines by 2030. The project will require 210 kilometers of tunnel and nearly 70 new underground stations. After winning the “Lot GC01” Implenia also got the order to build the extension of the Metro line 15 in the south-east of Paris (“Lot T2C”) in a consortium.

The new railway link (NBS) Wendlingen-Ulm together with Stuttgart 21 significantly improves the infrastructure of Baden-Württemberg and thus creates shortened travel and transport times not only in Baden-Württemberg but also across Germany and Europe.

The “Grand Paris Express” project aims to improve links between the French capital and the neighboring residential areas in the Greater Paris region (Île-de-France) by building a transport network of six driverless underground railway lines by 2030. The project will require 210 km of tunnel and nearly 70 new underground stations. It also comprises the extension of the existing line 11 from the station “Mairie des Lilas” in direction to “Rosny Bois-Perrier” in the east of Paris realized in three phases (GC01, GC02 and the viaduct).