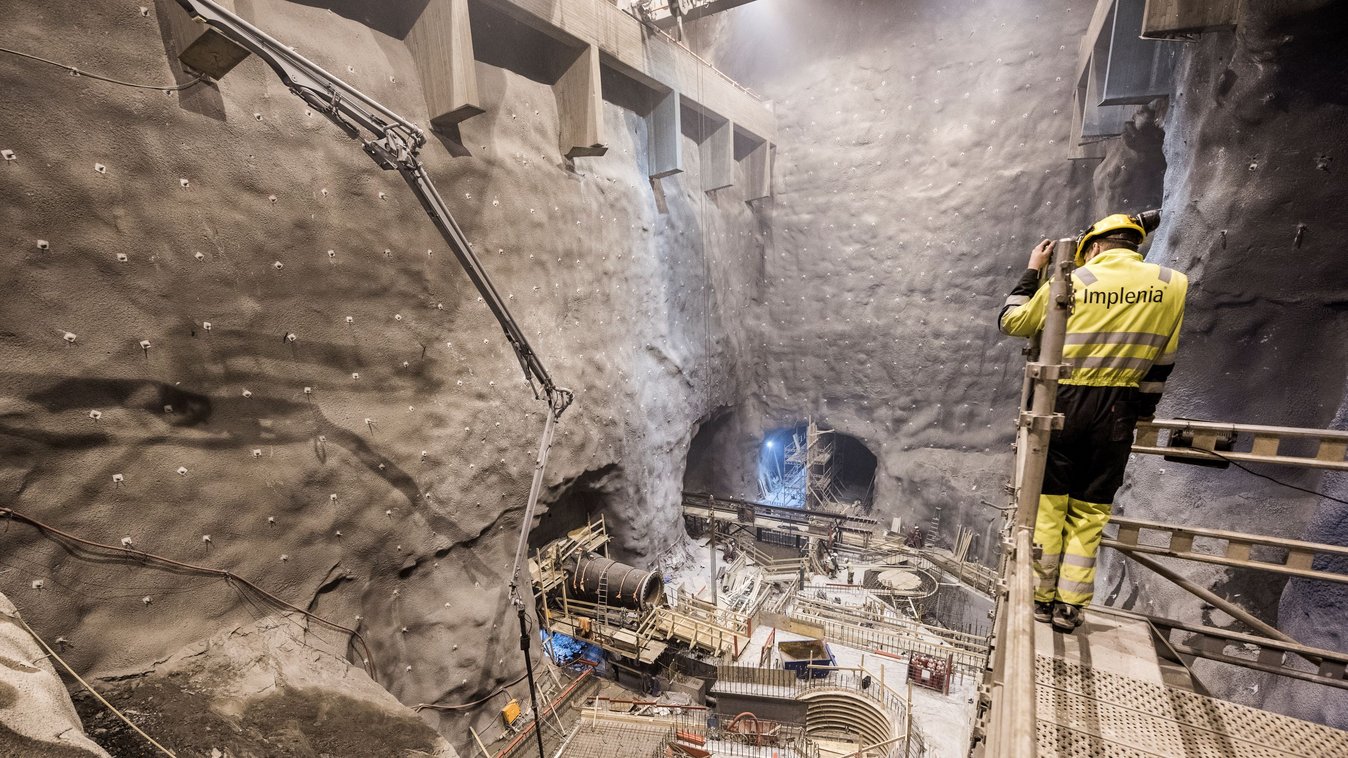 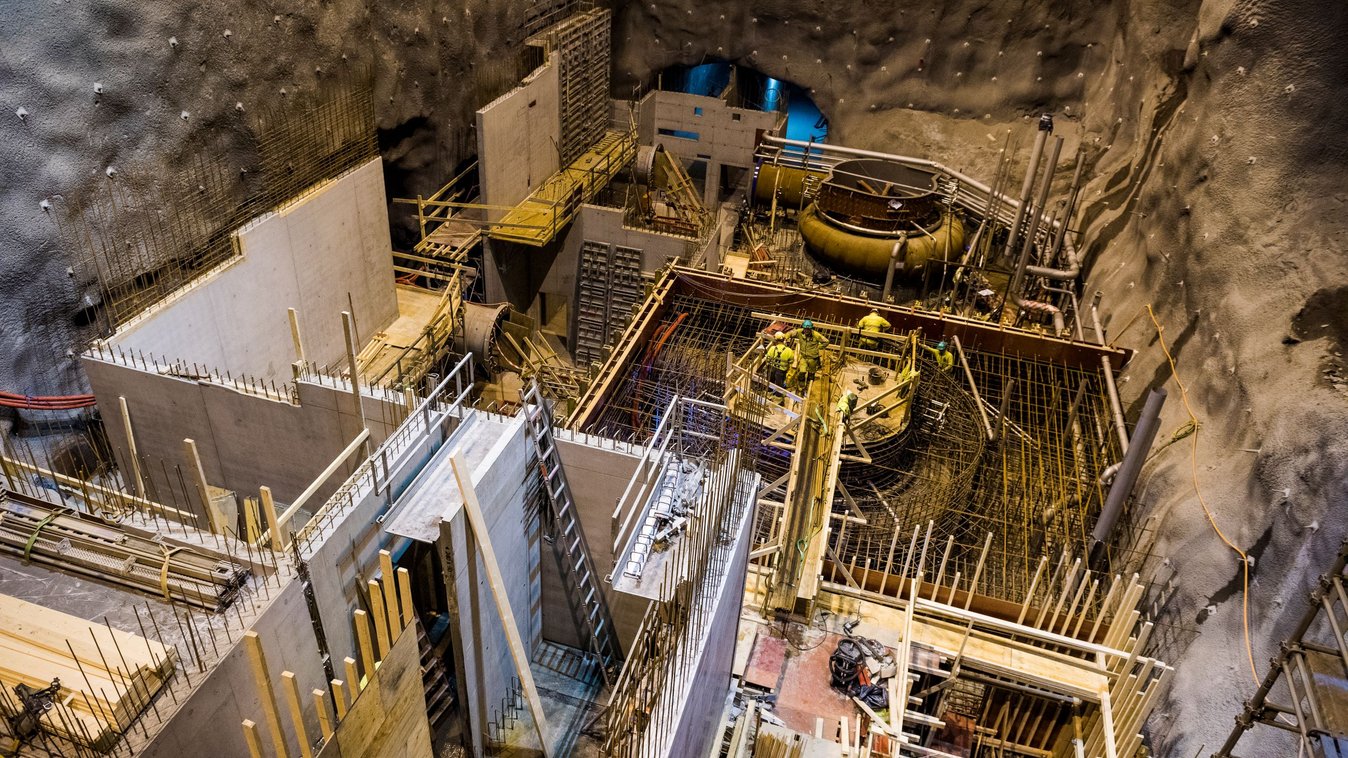 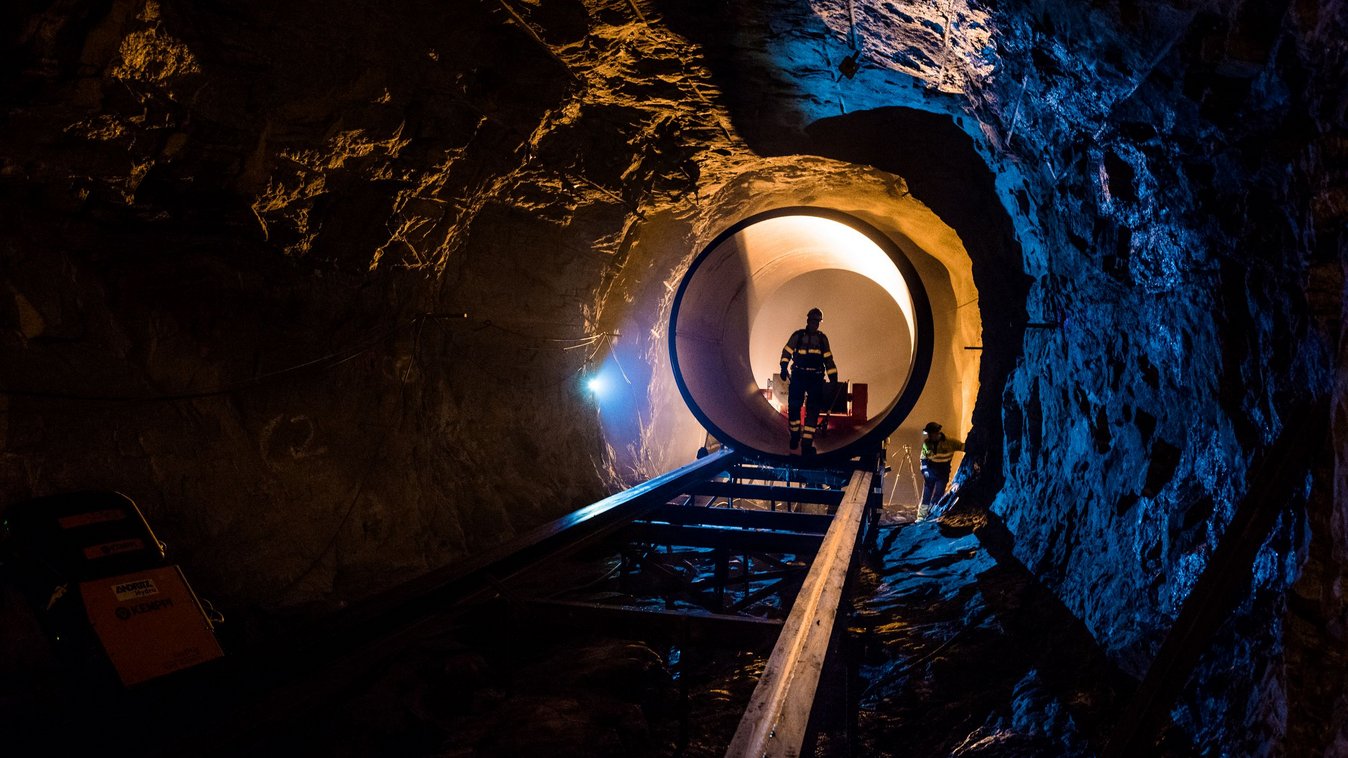 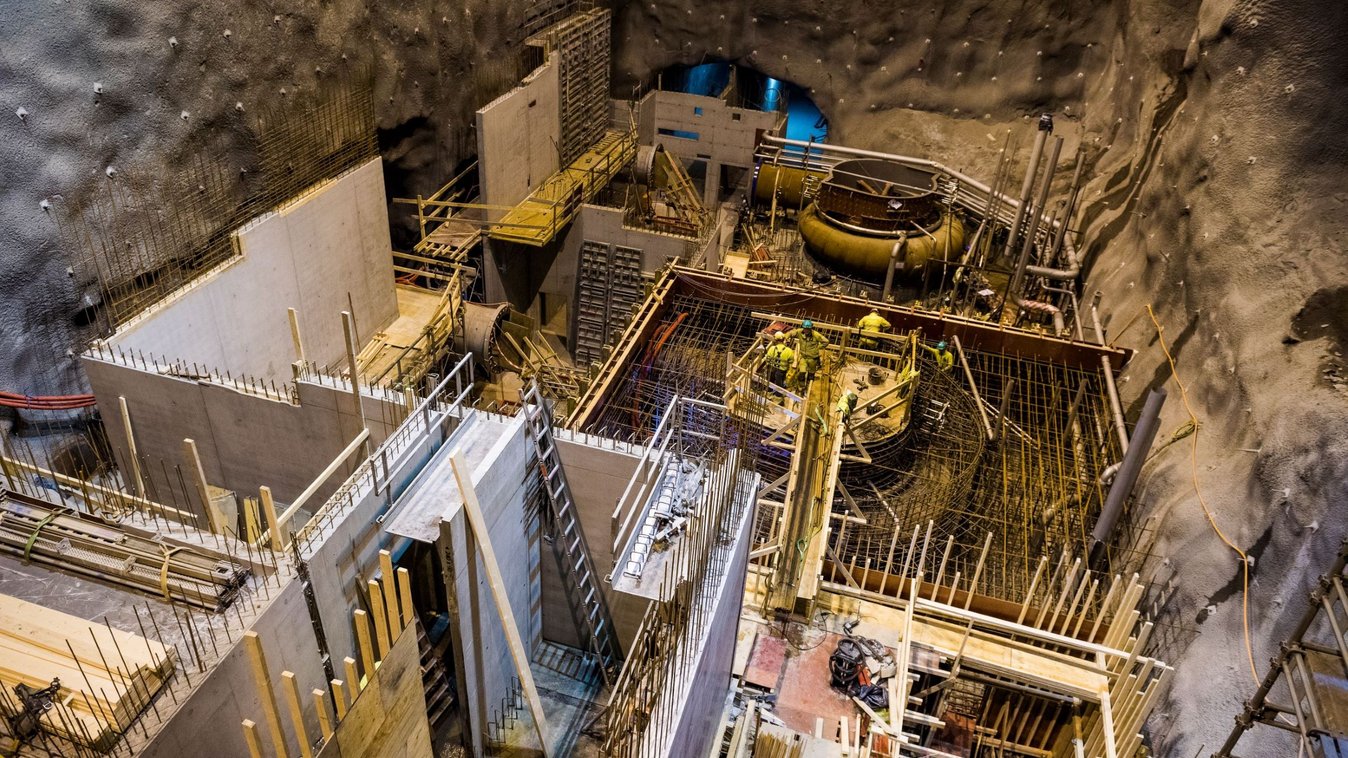 The project included blasting of tunnels, caverns and concrete works, including inlet tunnels, outlets in the sea, shafts, tunnel portals and extensive concrete works inside the power station. The station itself is located 1.5 km inside the mountain and 15 meters below sea level.

Tunneling was done using traditional drilling and blasting. The three longest hatch shafts of the project of 58, 55 and 44 meters respectively were wire sawn and thus concrete work could be carried out in parallel. Other shafts were drilled and blasted.

The project was carried out with three penetrations under water. These were performed by filling water to the indicated level behind the established hatch, while the last part remained air-filled against the ointment to dampen the air pressure against the hatches. All penetrations were successful.

Water and frost protection works were carried out in the form of PVC cloth and sprayed concrete, this was done in accordance with the Norwegian Public Roads Administration Manual R510 edition 2006-10. Water from the tunnel was pumped through treatment plants with sludge separators, pH adjustment and filtration before discharge to the sea, and the tunnel masses were put to socially beneficial use by being used to construct a new breakwater for a marina in Lysebotn.