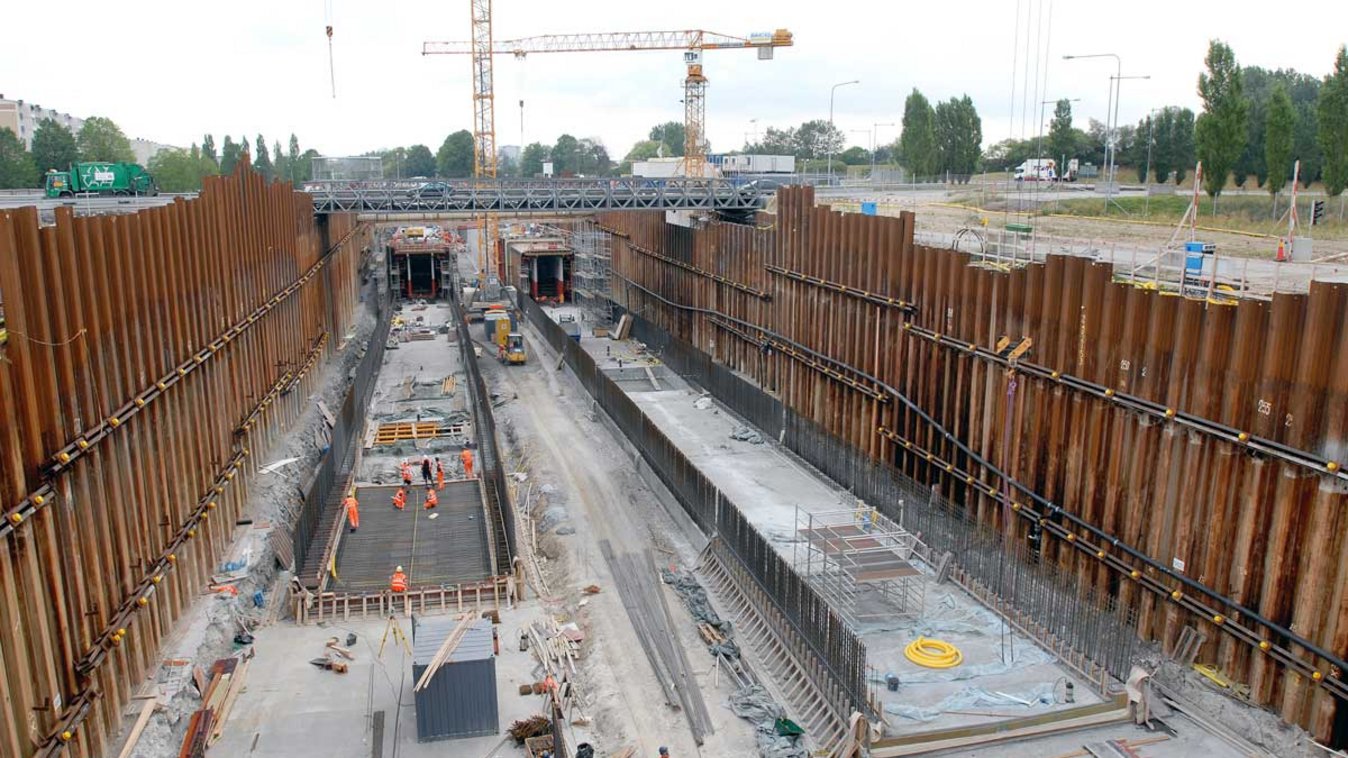 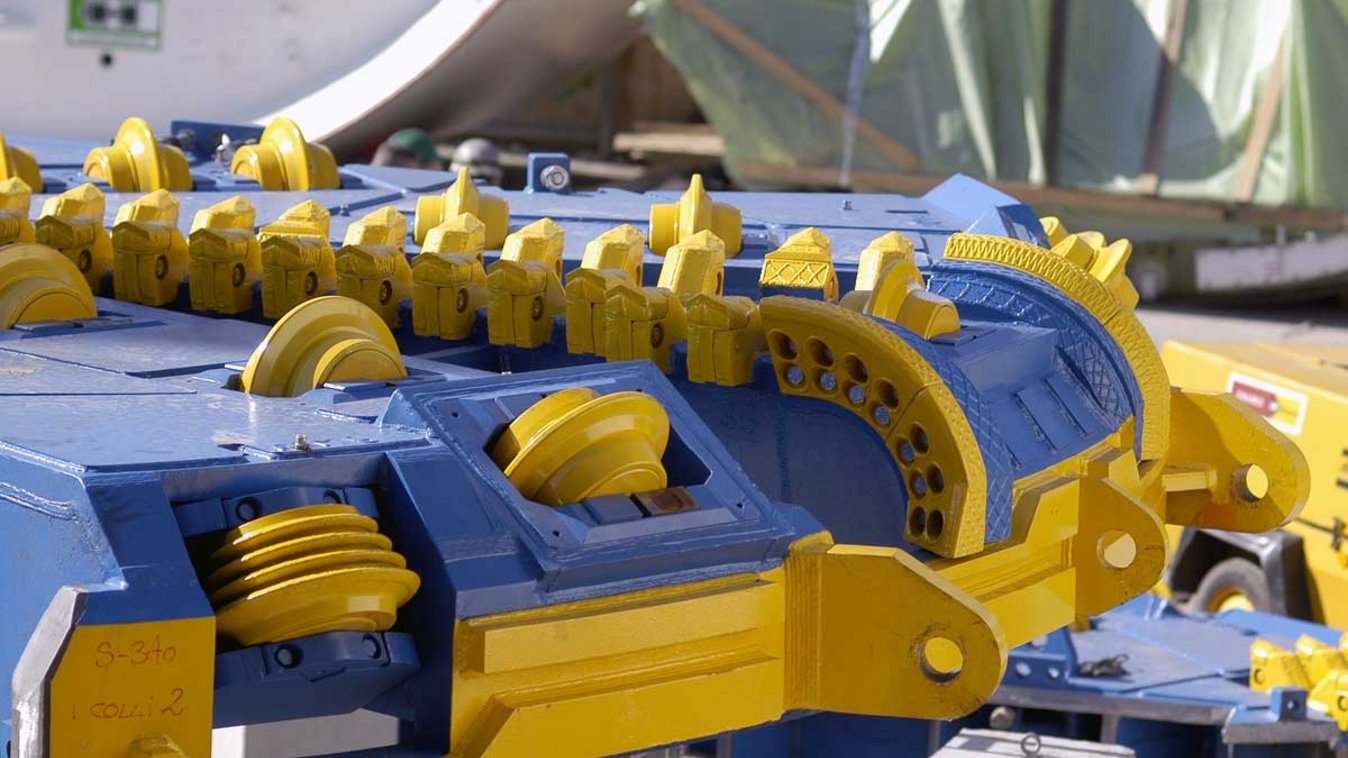 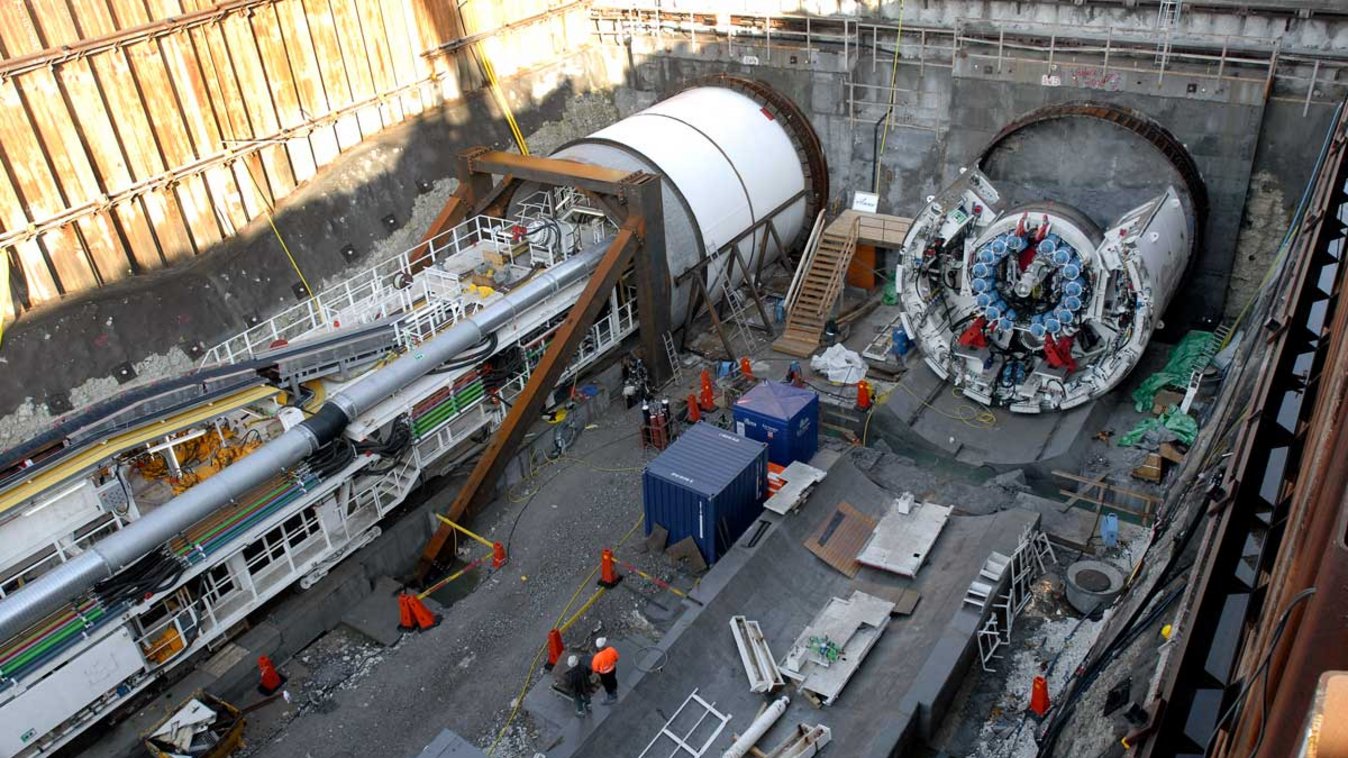 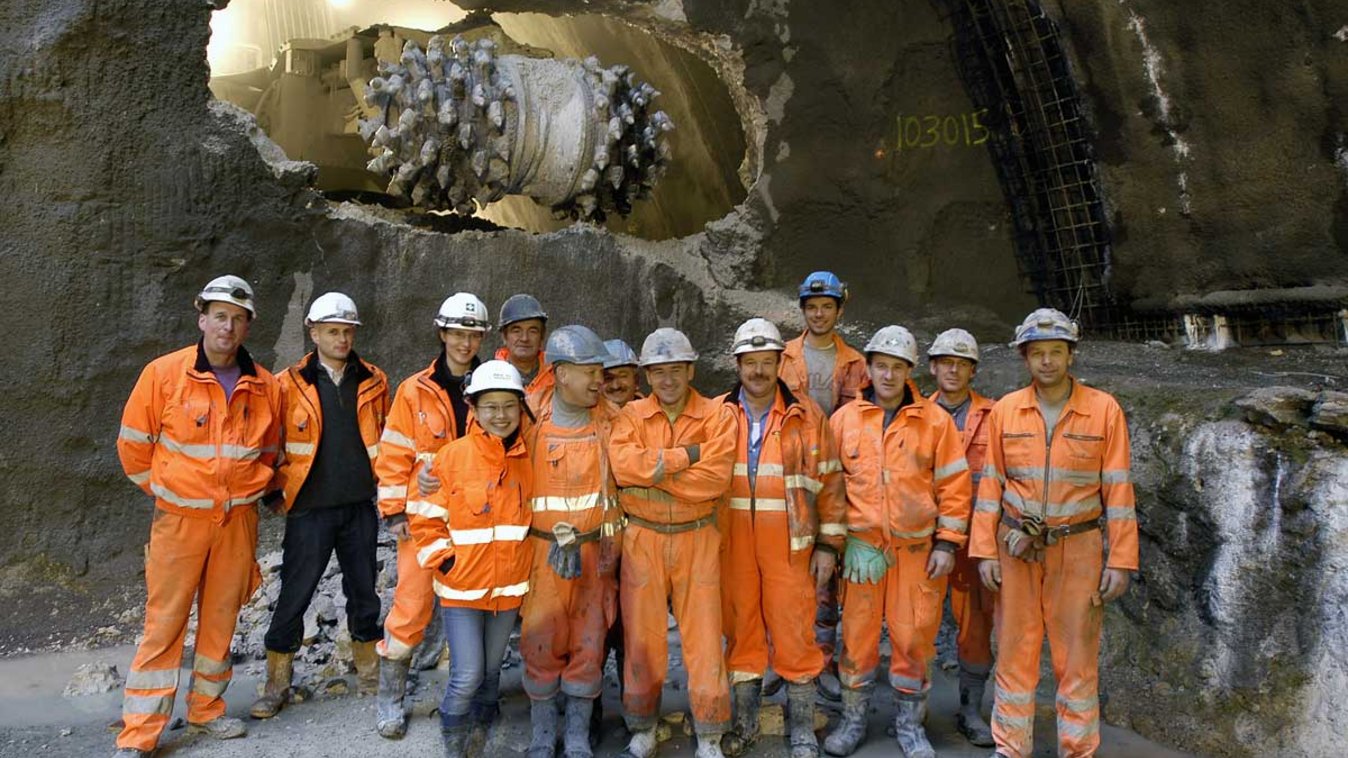 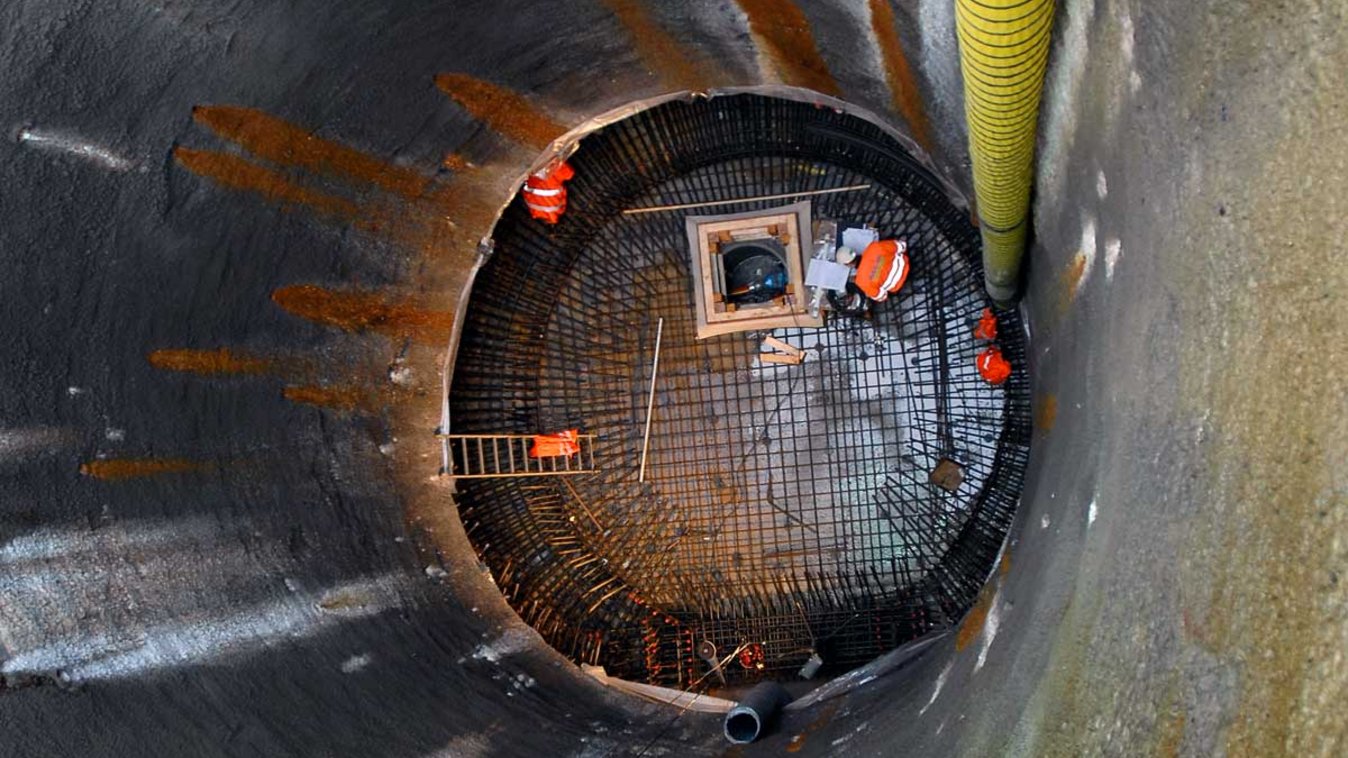 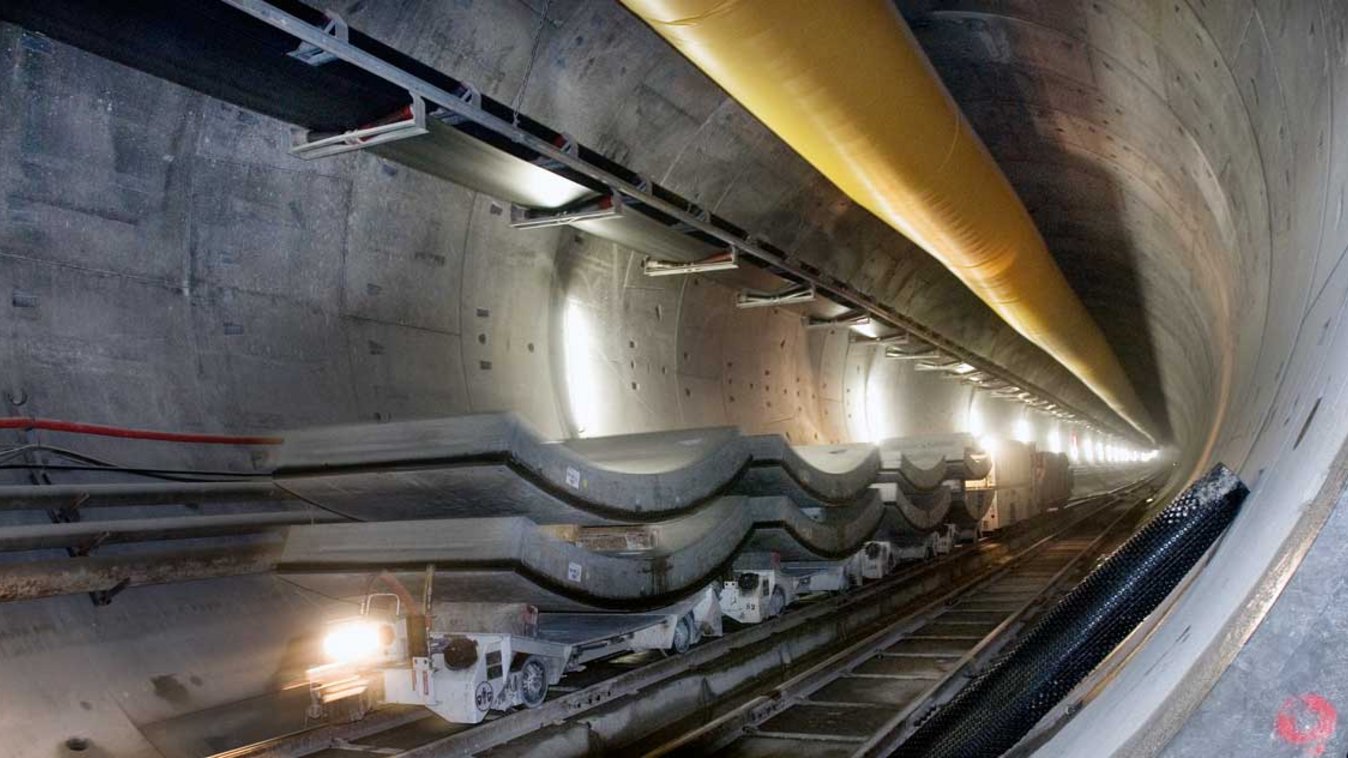 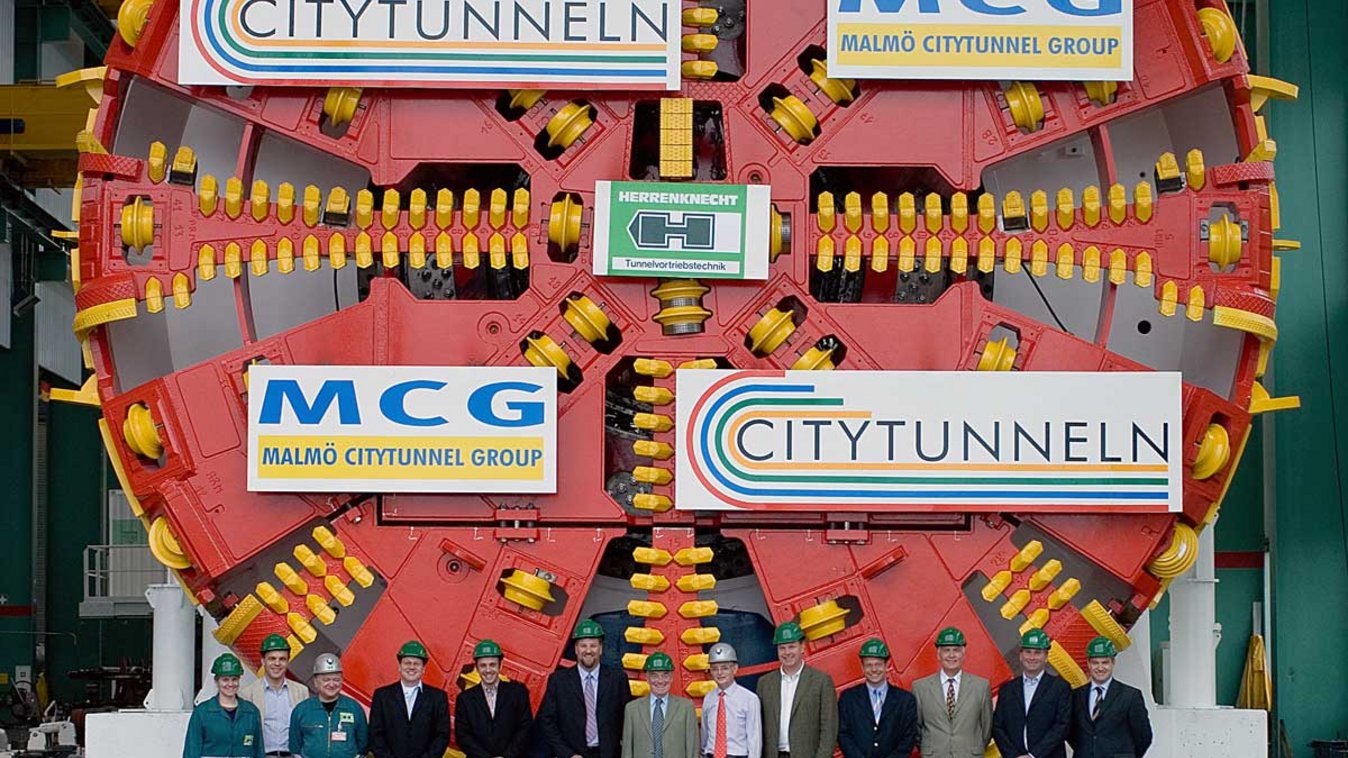 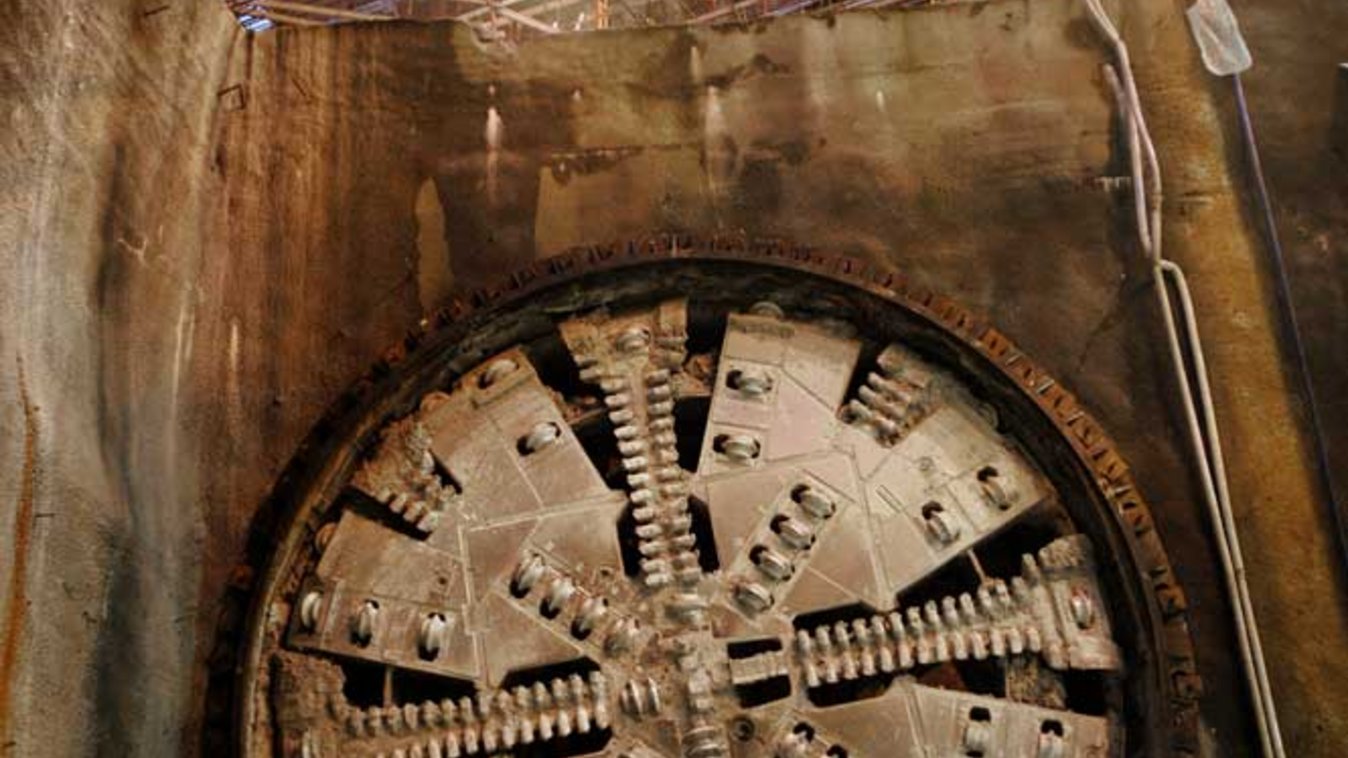 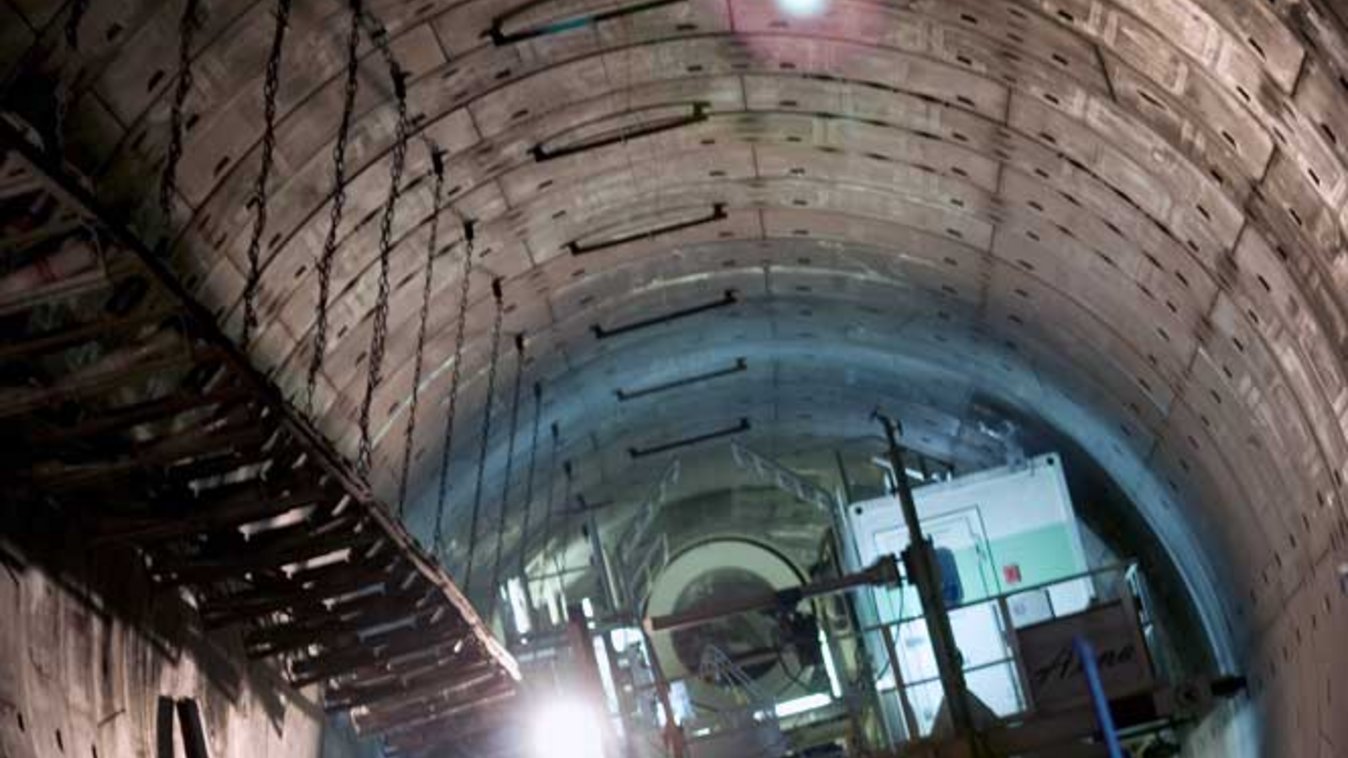 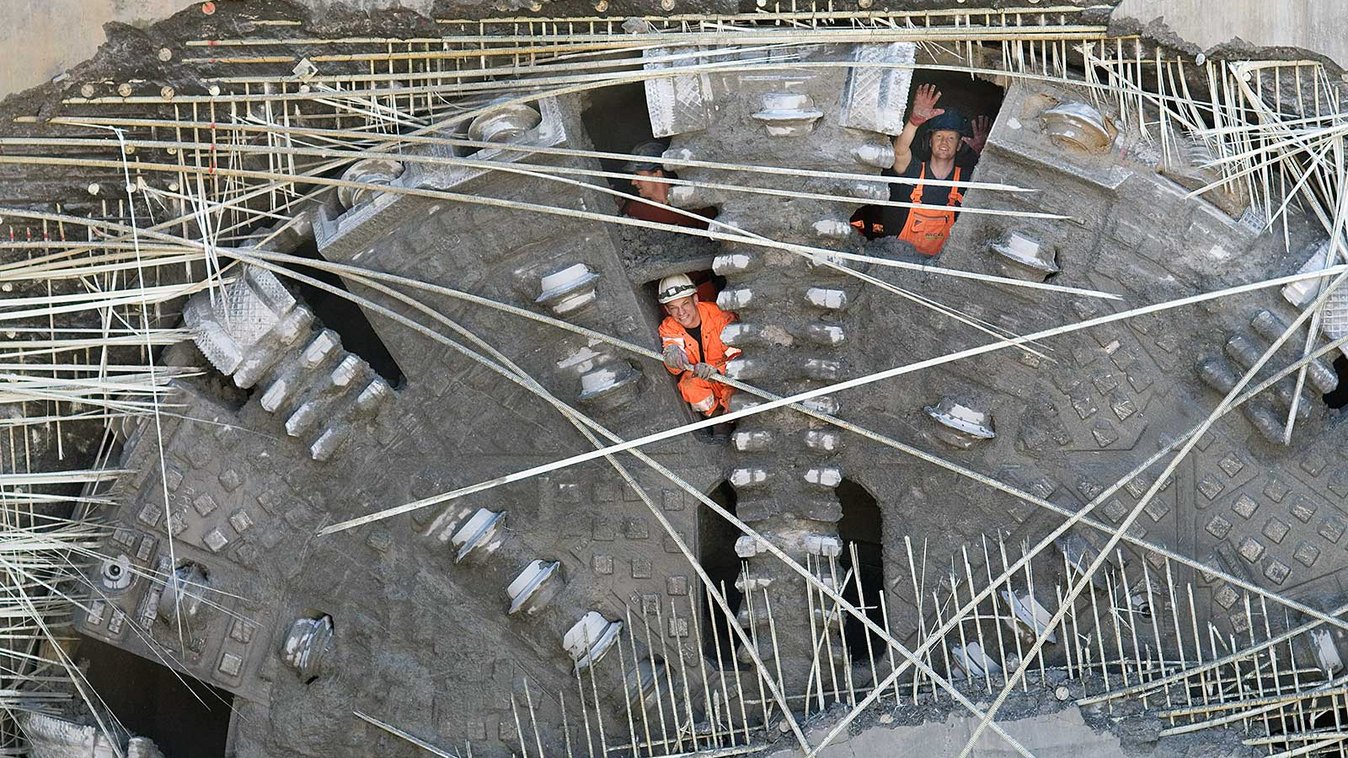 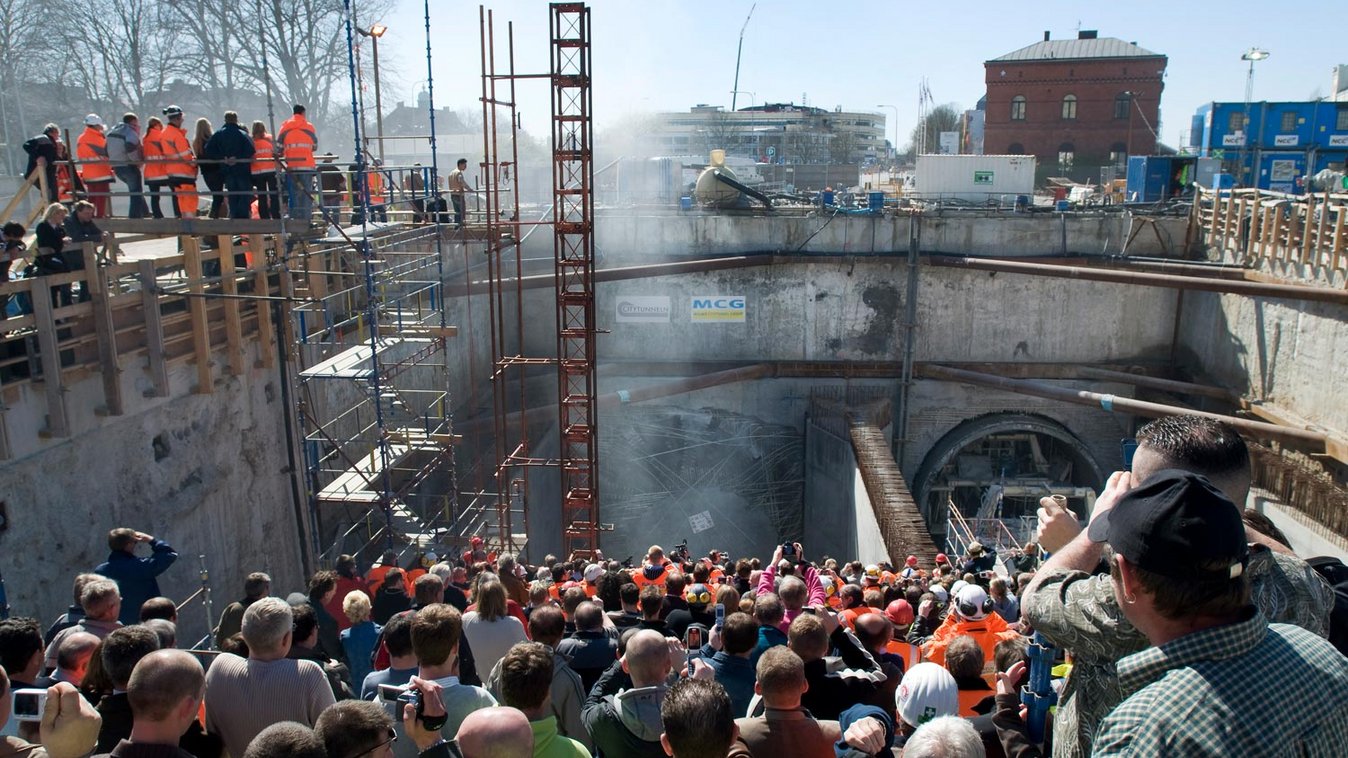 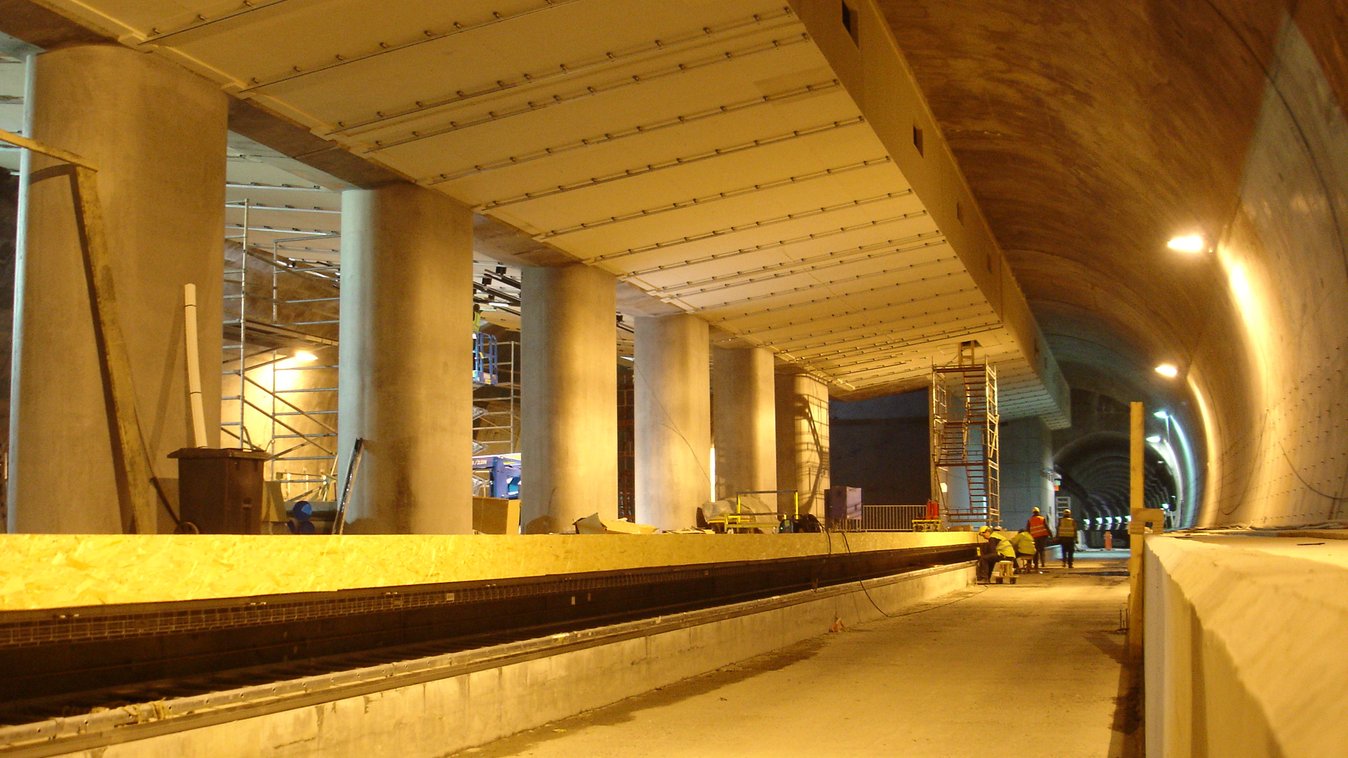 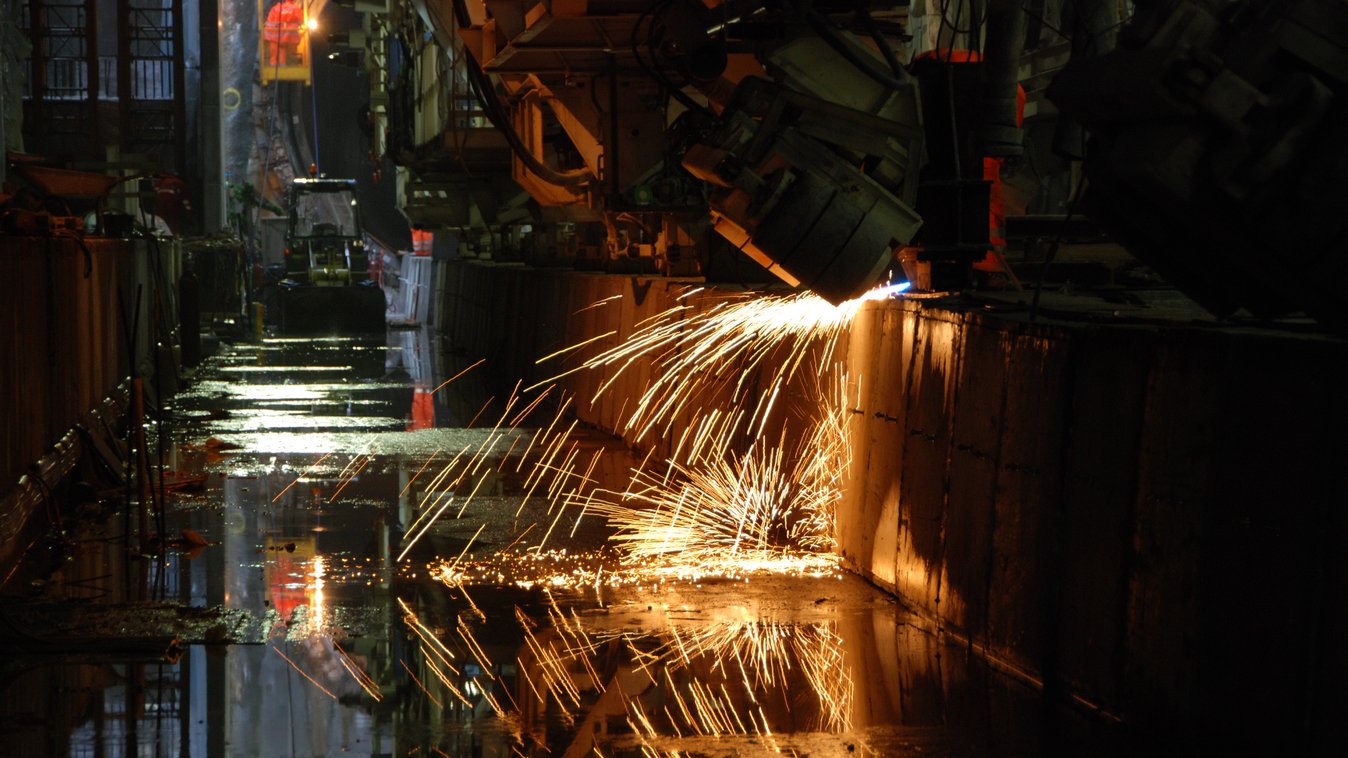 The Citytunnel Malmö is part of the in total 17 km long railway infrastructure project to improve connections of the Swedish railway network across the Öresund Bridge to Denmark and the European high speed railway network.

Lot E201 Citytunnel Malmö is the largest section of the entire project and is made up of a 4.6 km long double tube railway tunnel, a 280 m long cavern to serve as a new underground station including two shafts for the access structure known as the “Triangeln” Station, an 800 m long entry ramp built in the open-cut method in Holma, 13 cross-passages, four pressure equalisation shafts and two emergency exit shafts as well as an 88 m long and 12 m wide roadway bridge over the ramp area with a span of 40 m.

Construction of the main tunnels was done by two Earth Pressure Balance (EPB) tunnel boring machines (diameter: 8.93 m). The tubes are inter-connected by 12 cross passages constructed in the shotcrete method. The tunnels have been lined with 35 cm thick and 1.80 meter wide pre-cast reinforced concrete segments.

The underground "Triangeln" Station was excavated as a 280 x 28 x 12 meter large (300 m²) rock cavern using the shotcrete method. The drive was done with two roadheader machines as a 3-part cross cut with a preliminary pylon gallery made up of 29 self-compacting concrete pylons and two subsequently built side tubes. Each of these sections were again sub-divided into a crown and bend drive. The groundwater was temporarily lowered during the excavation works of the station, whereby most of it was re-infiltrated. The permanent structure was built with waterproof concrete. The contract also included various concrete structures for the new underground station as well as the preliminary and final design.

The strict Swedish legislation to protect the environment and the population played a major role in this project. As a result, all chemical products that were used during the construction phases were subject to special testing procedures.

Performed services
Technical and commercial management
Participation on the consortium 50 %