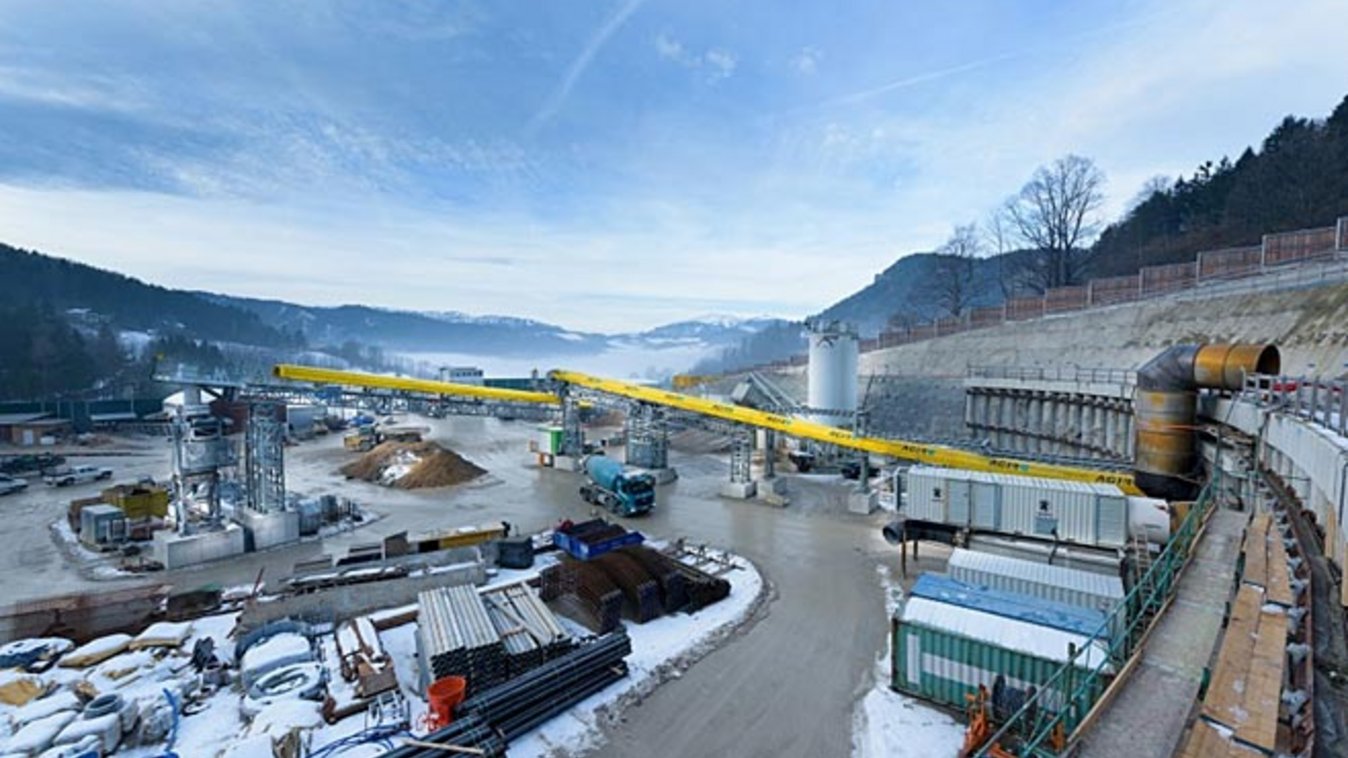 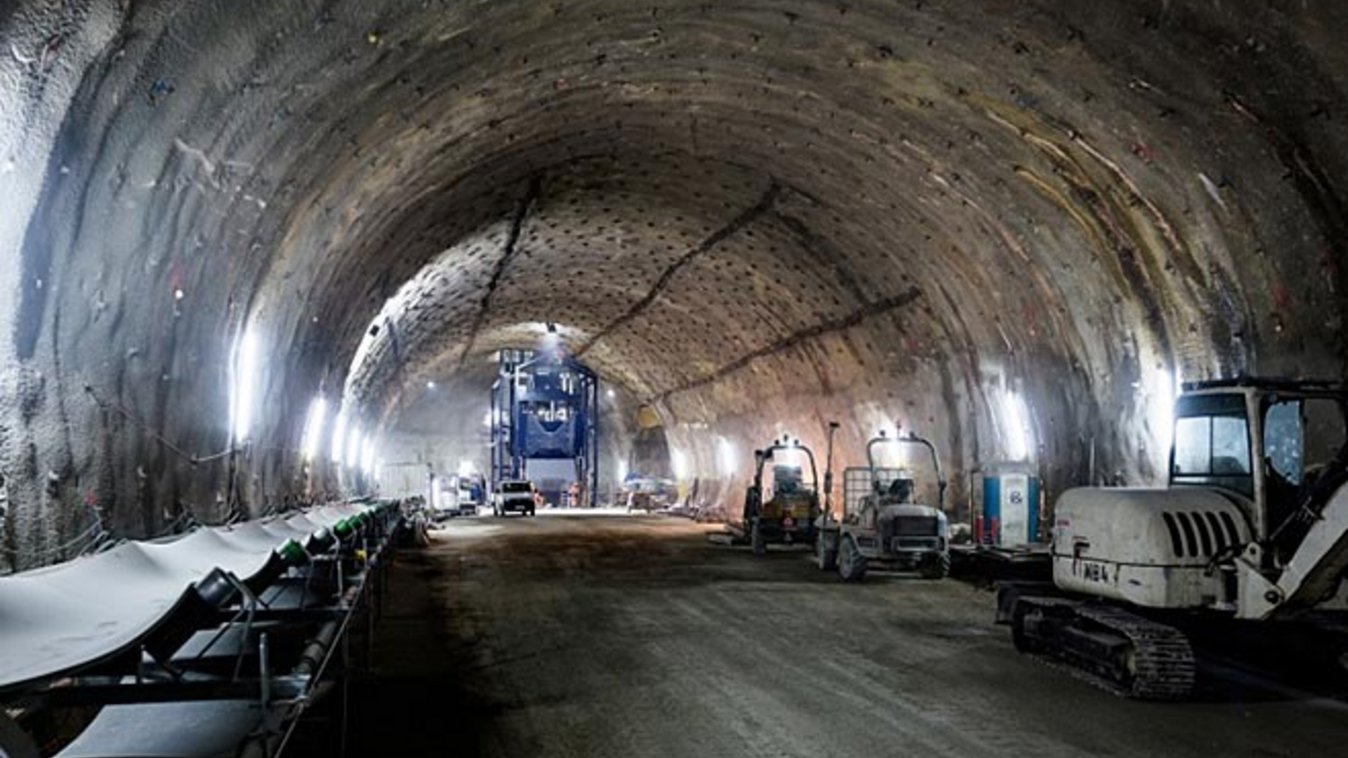 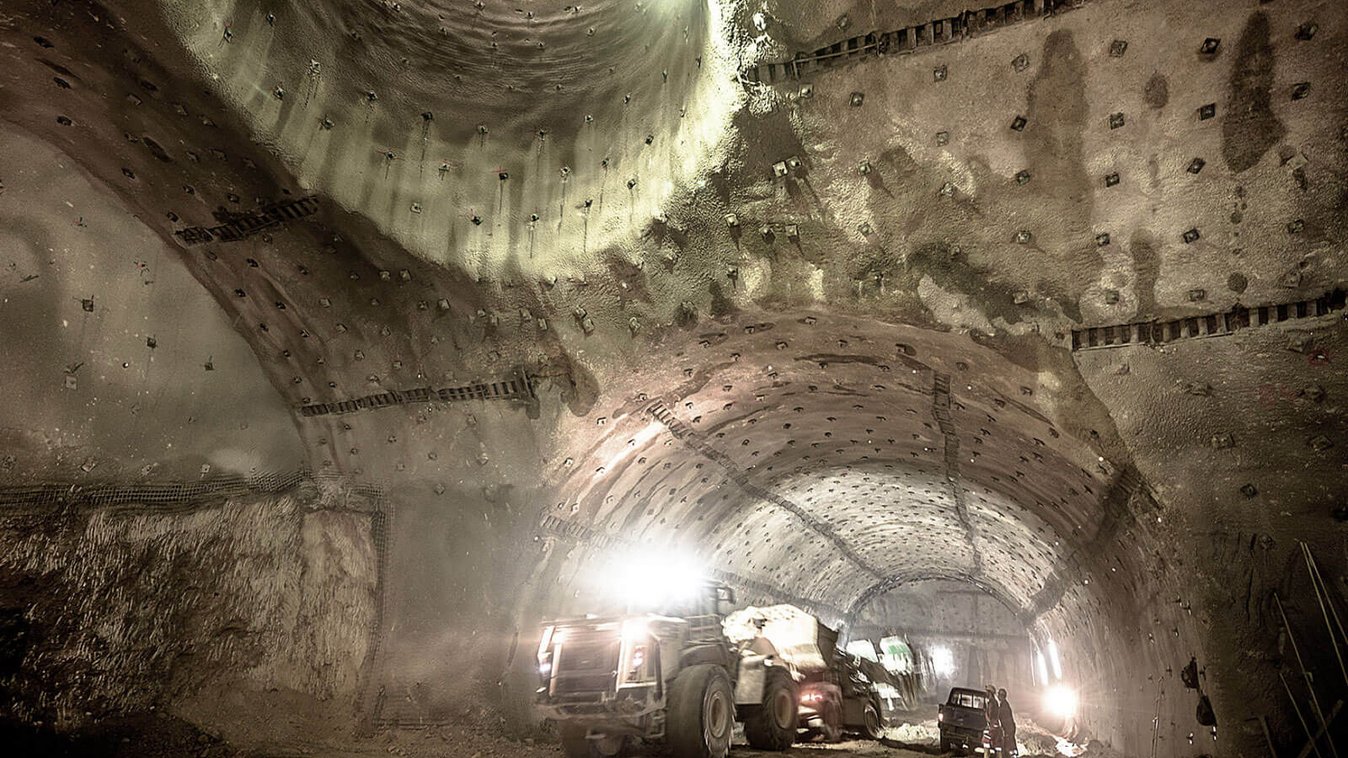 The approximately 27.3 km long Semmering Basistunnel is one of the most important and complex infrastructure projects in the heart of Europe. This double-tube railway tunnel is located between Gloggnitz and Mürzzuschlag, linking the two federal states of Lower Austria and Styria. As part of the new southern railway, which is the central axis on the trans-European route from the Baltic Sea to the Adriatic Sea, it represents a sustainable investment in both Austrian and European rail infrastructure.

The Austrian Federal Railways has commissioned Implenia, as part of a Joint Venture with HOCHTIEF and Thyssen, to build the approximately 7.4 km long initial Lot 1.1 section.

The initial section of the SBT, which is made up of two single-track tunnel tubes, starts from the portal in Gloggnitz and is being driven in the excavator and drill & blast method (length approx. 4.6 km) in the direction of Mürzzuschlag. Due to the short construction time, the construction of an intermediate heading is planned at approx. 2/3 of the total section of the lot. After the Göstritz portal has been built, two 260 m deep shafts will be sunk via an approx. 1 km long access tunnel. Starting from these shafts, the intermediate heading is being constructed with 2 drives in the direction of Gloggnitz (~ 1 km) as well as 2 drives in the direction of Mürzzuschlag (break-through to Lot 2.1 after ~ 1.5 km).

Both tubes are connected to each other along their entire length by 16 cross-passages (spaced at a max. of 500 m).

The entire tunnel is excavated in the "New Austrian Tunnel Method (NATM)" – a cyclical tunneling method.

More informations about the Semmering-Basistunnel

A major challenge is the changing geological and hydrological conditions that have a major influence on the drive. Particularly noteworthy are the logistical and constructional challenges during the construction of the intermediate head, which are to be overcome not only because of the confined space conditions.