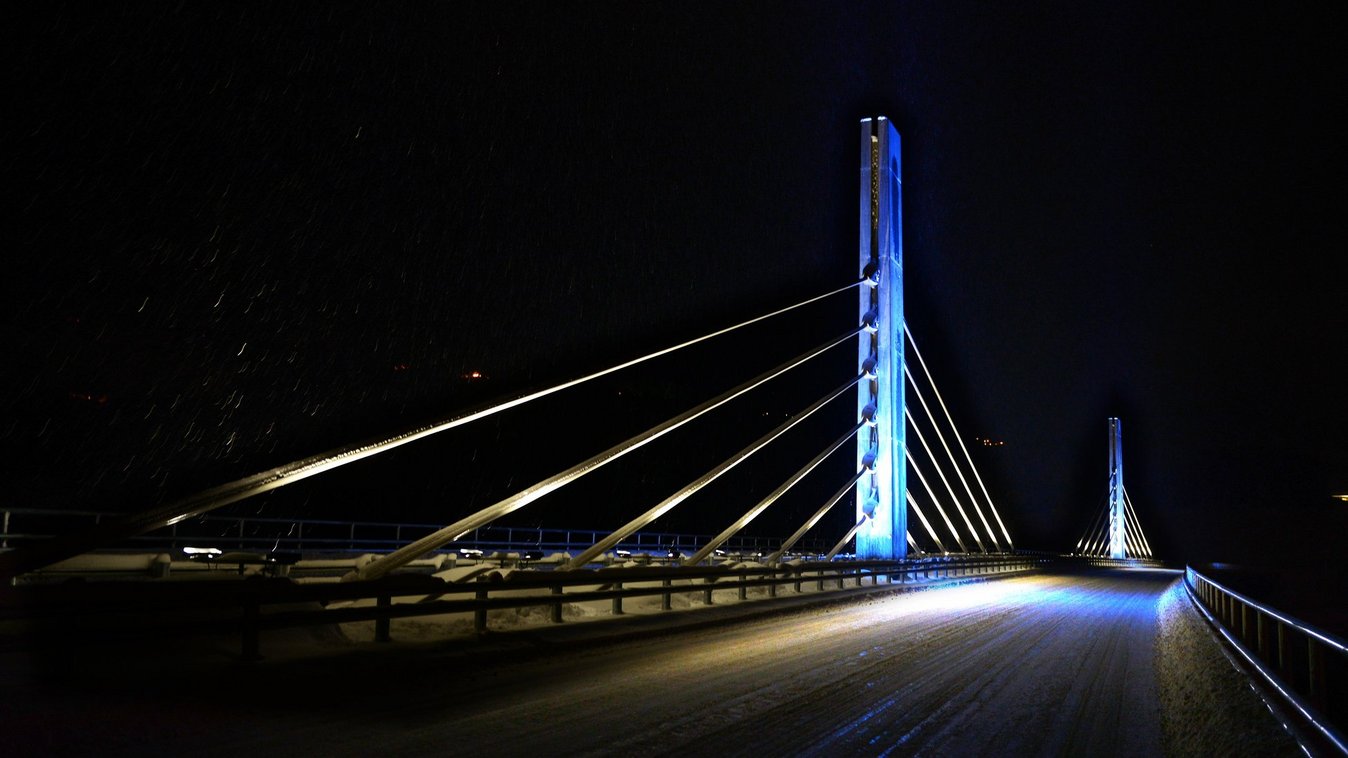 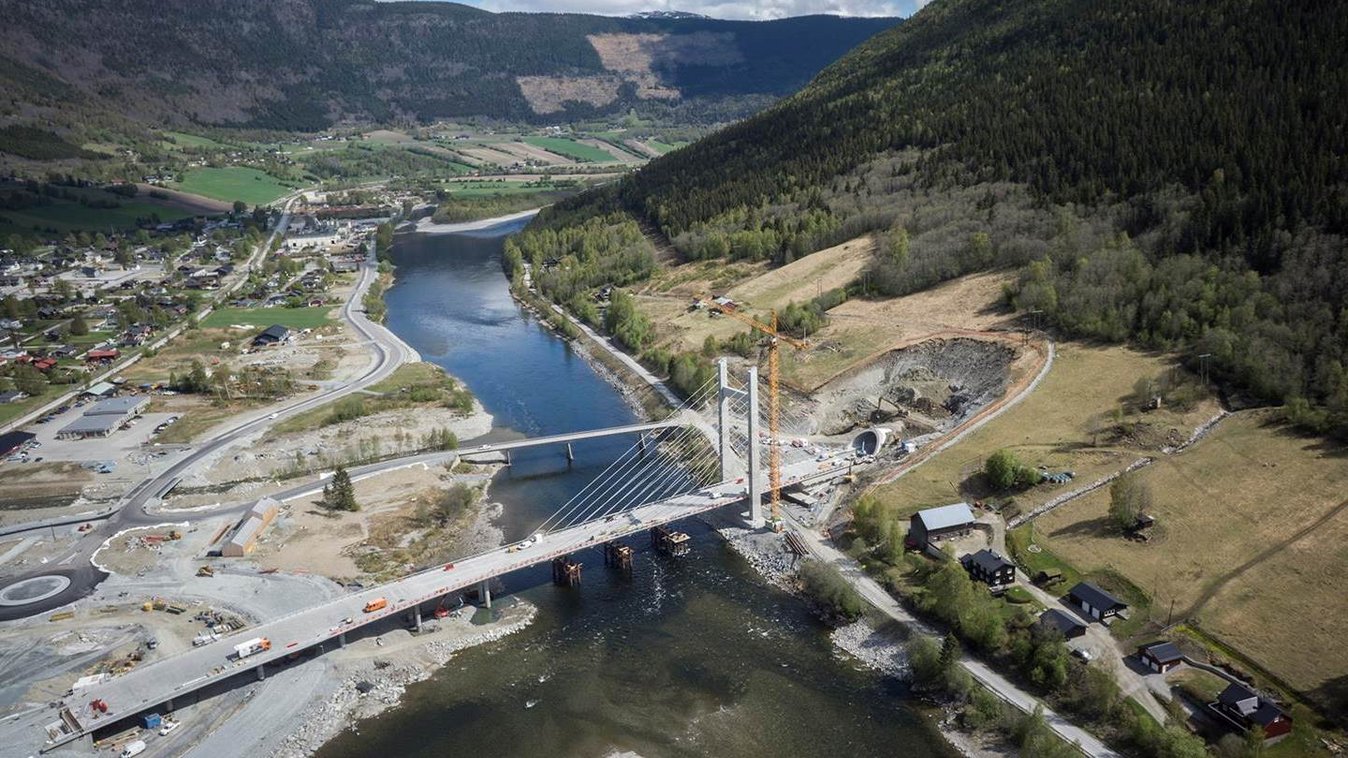 The work on the E6 between Vinstra and Sjoa represented one of two construction contracts for the E6 Frya - Sjoa, the largest road project in Norway at the time. The works consisted of building 16 km of new dual carriageway with median and bypass including tunnel through Teigkampen, two two-level crossings at Kvam and Sjoa and a total of 28 structures consisting of, among others, 12 bridges on the E6, 2 tunnel portals, 16 transition bridges and underpasses including two railway crossings at Kvam and Kjørem. There were also built 12 km of local roads and 1.6 km of footpaths.