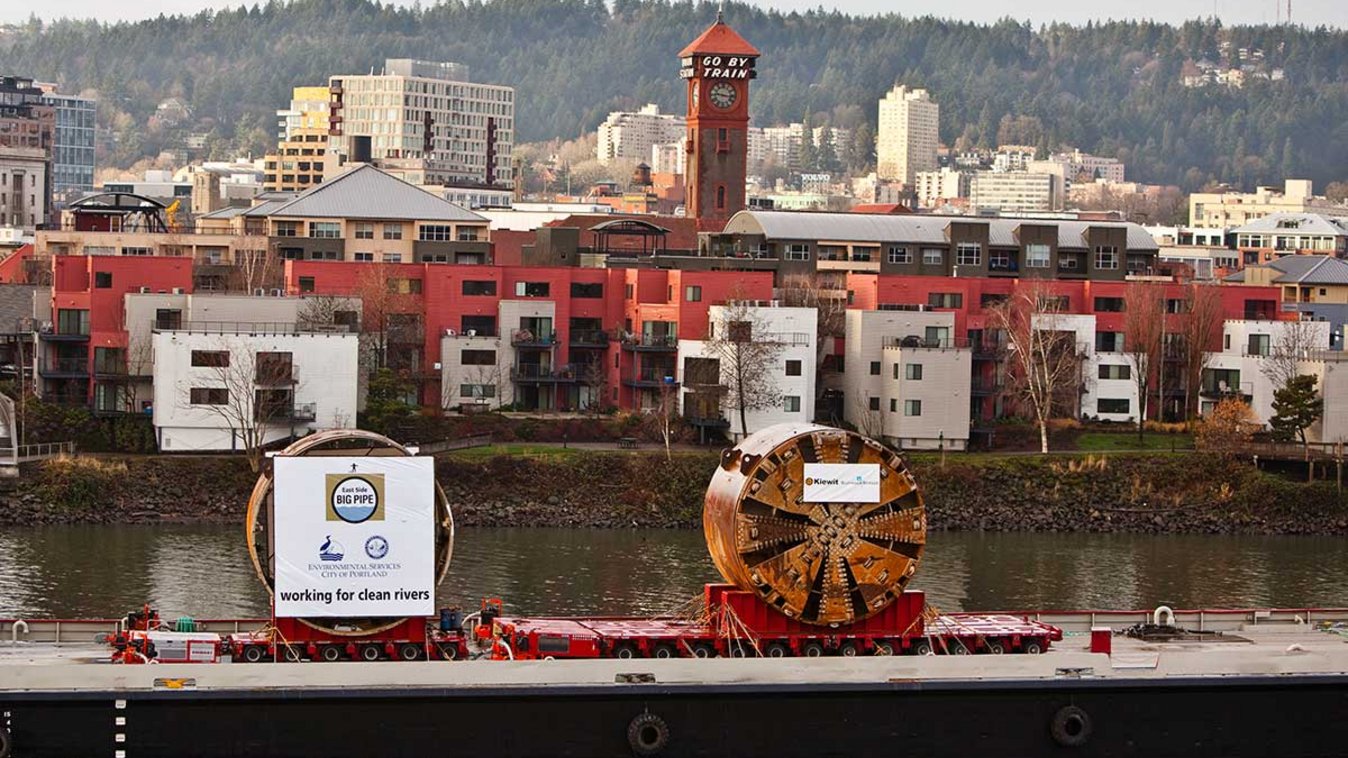 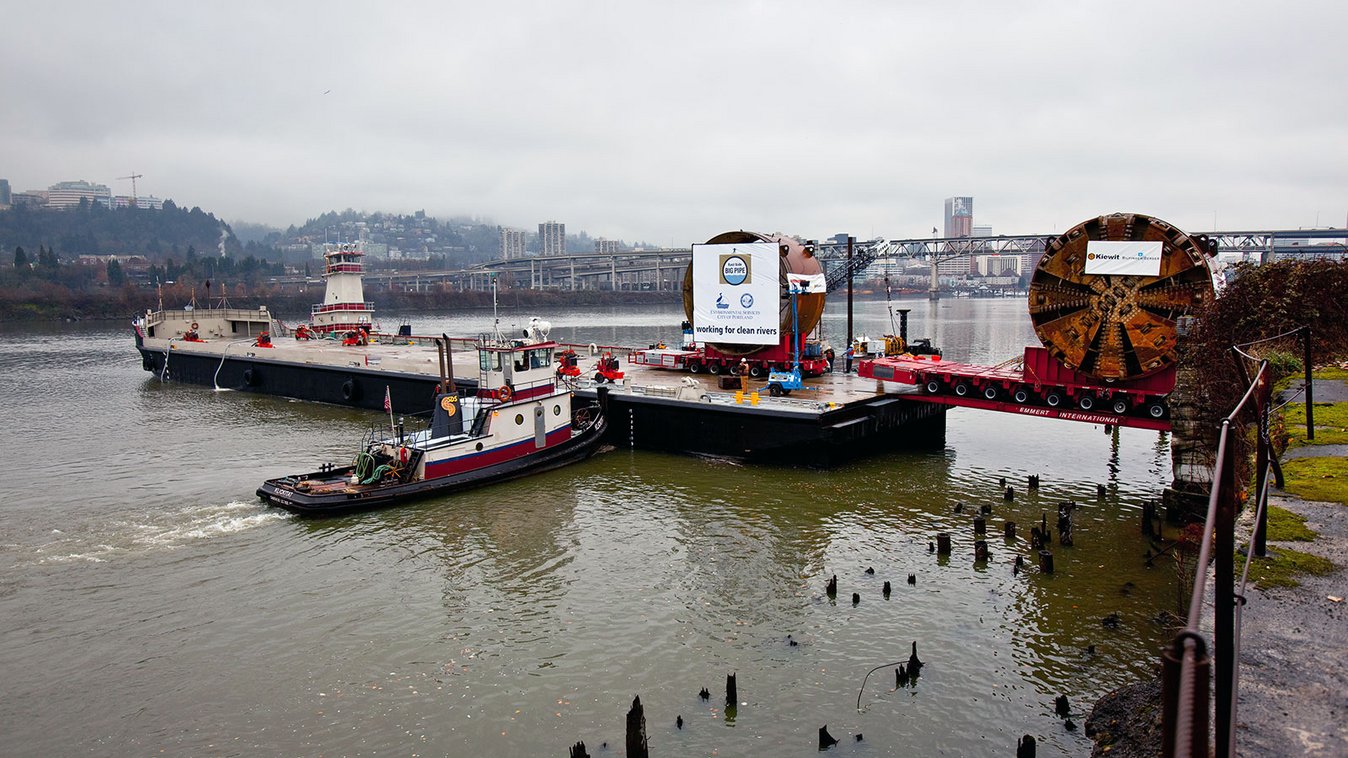 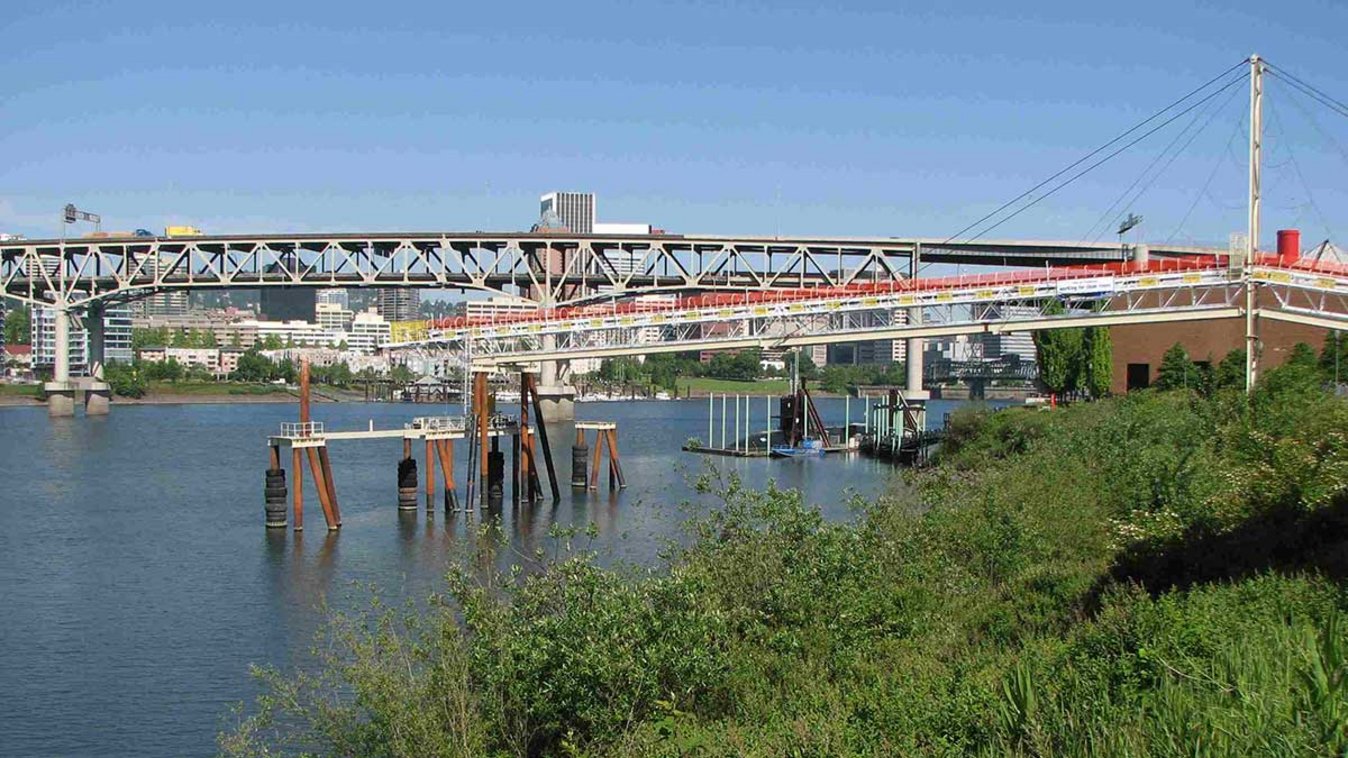 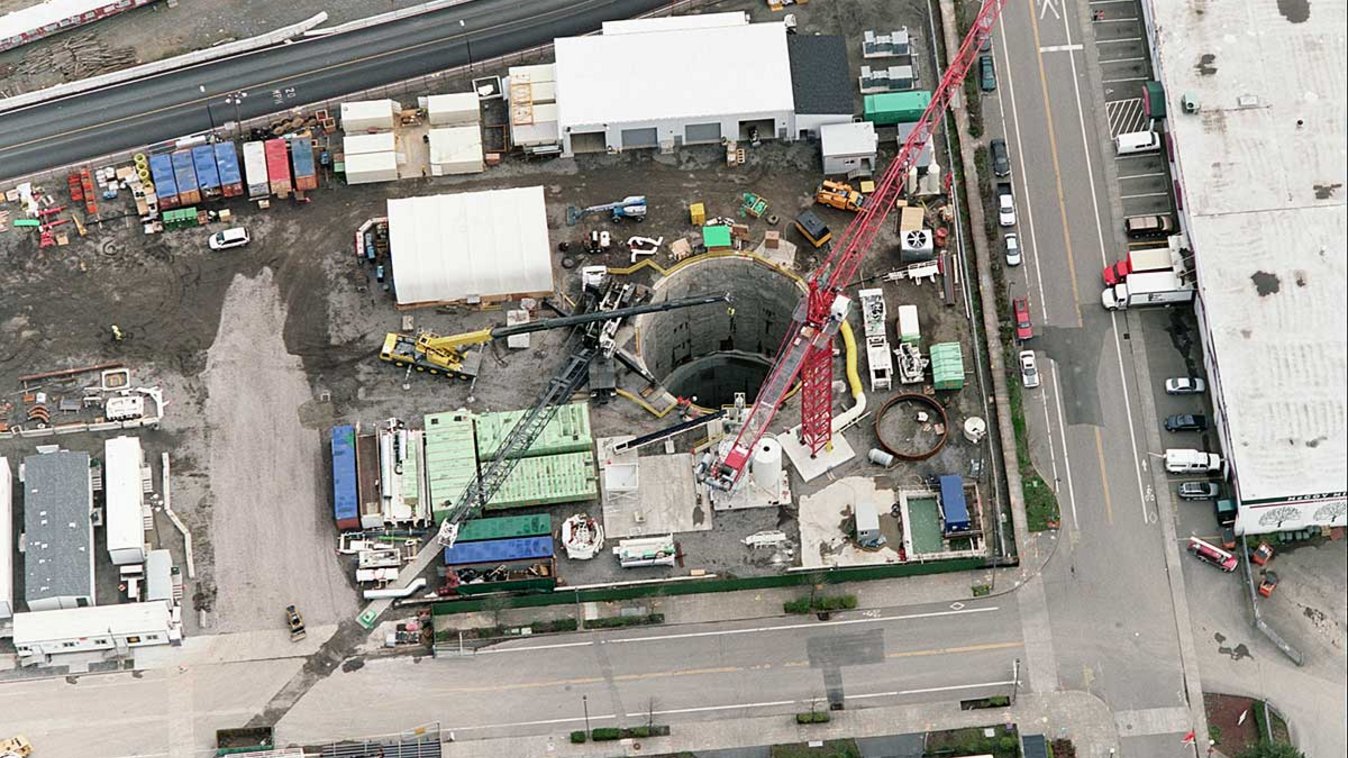 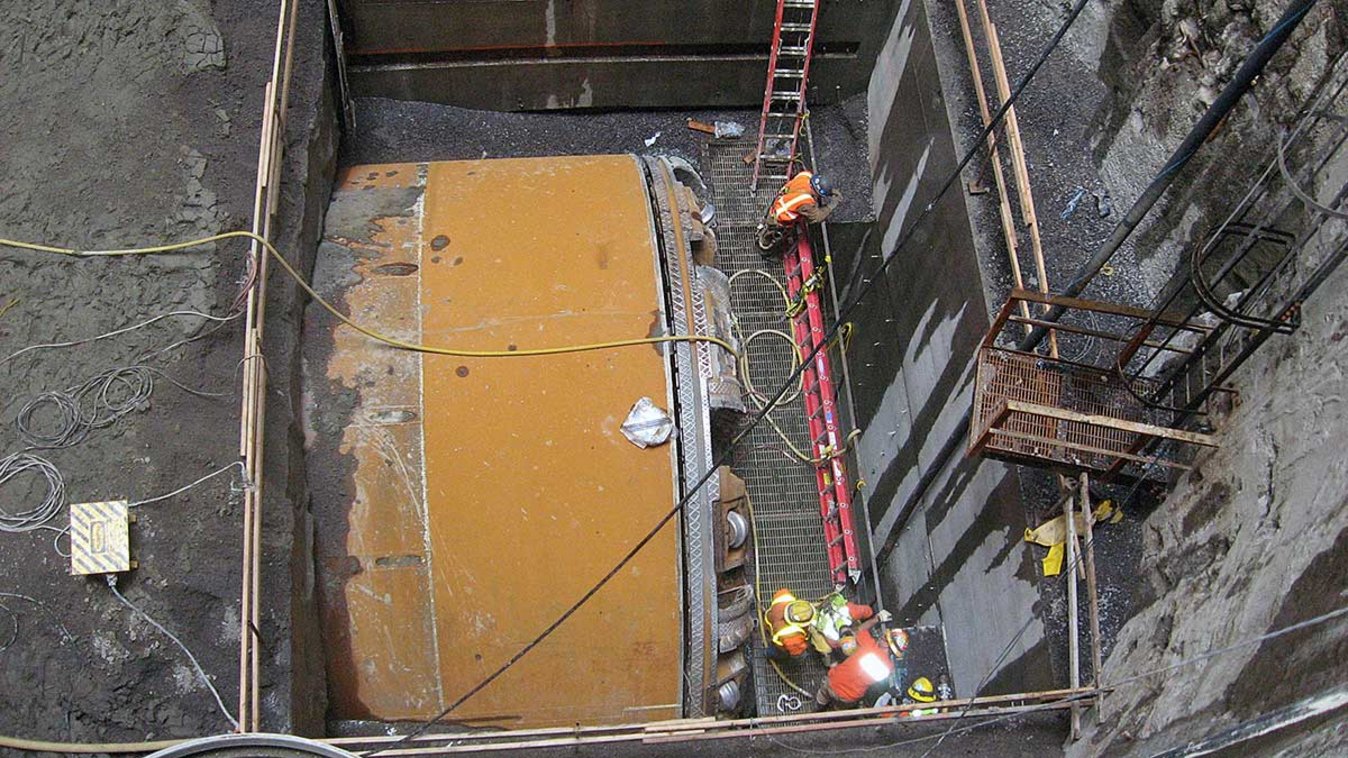 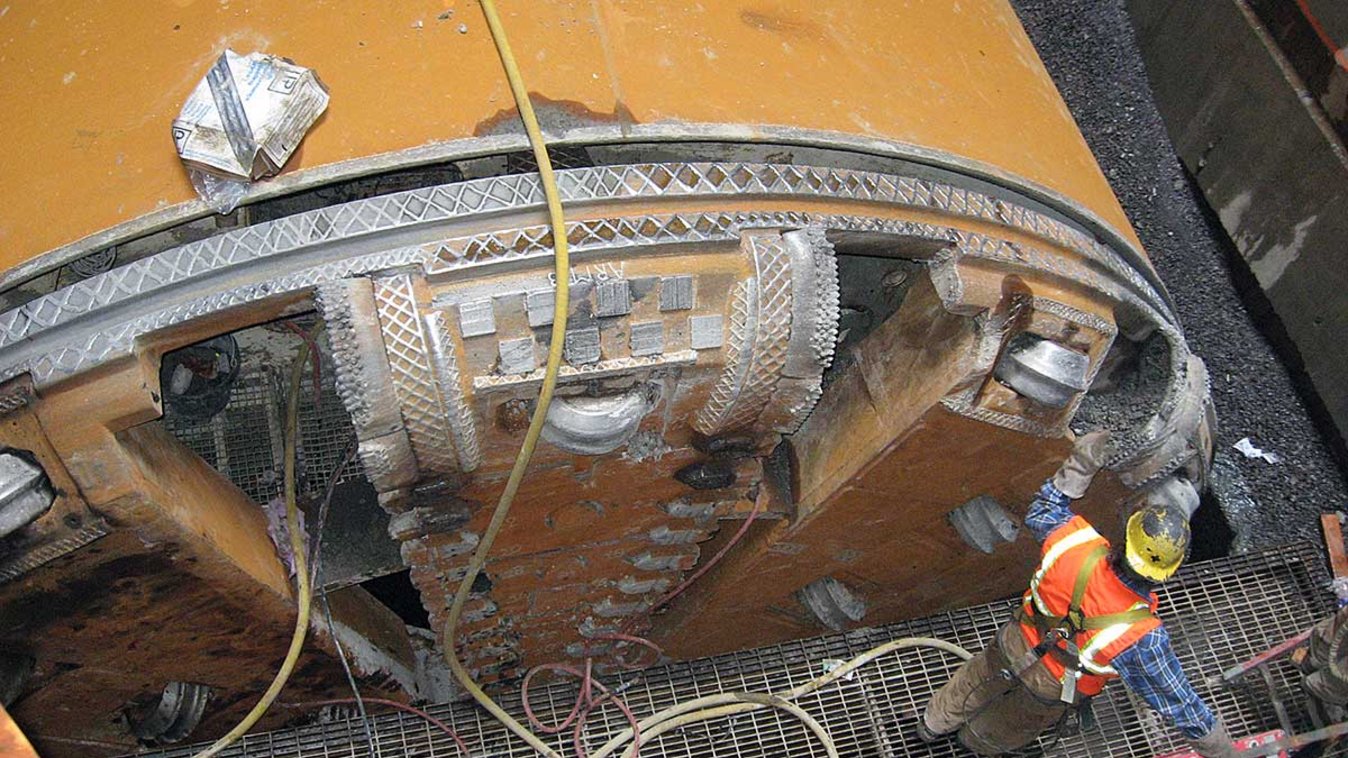 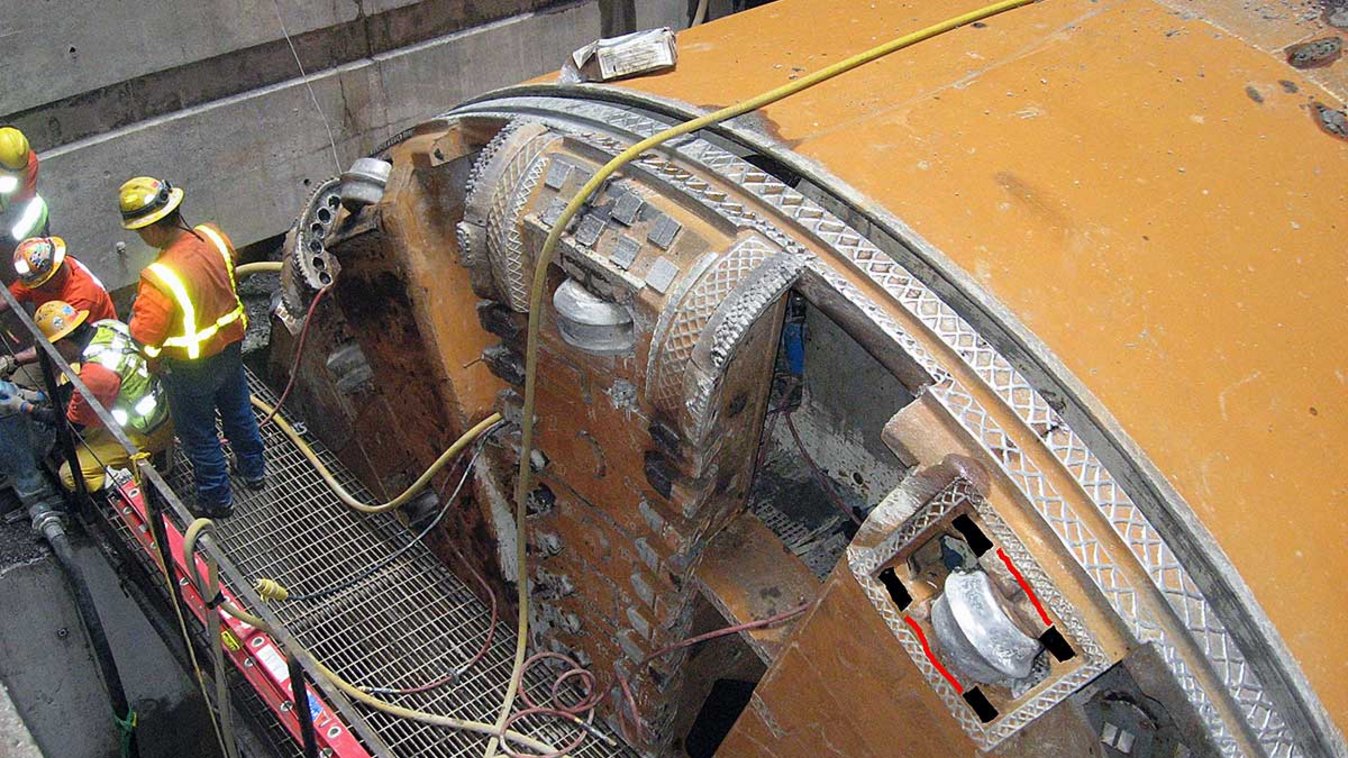 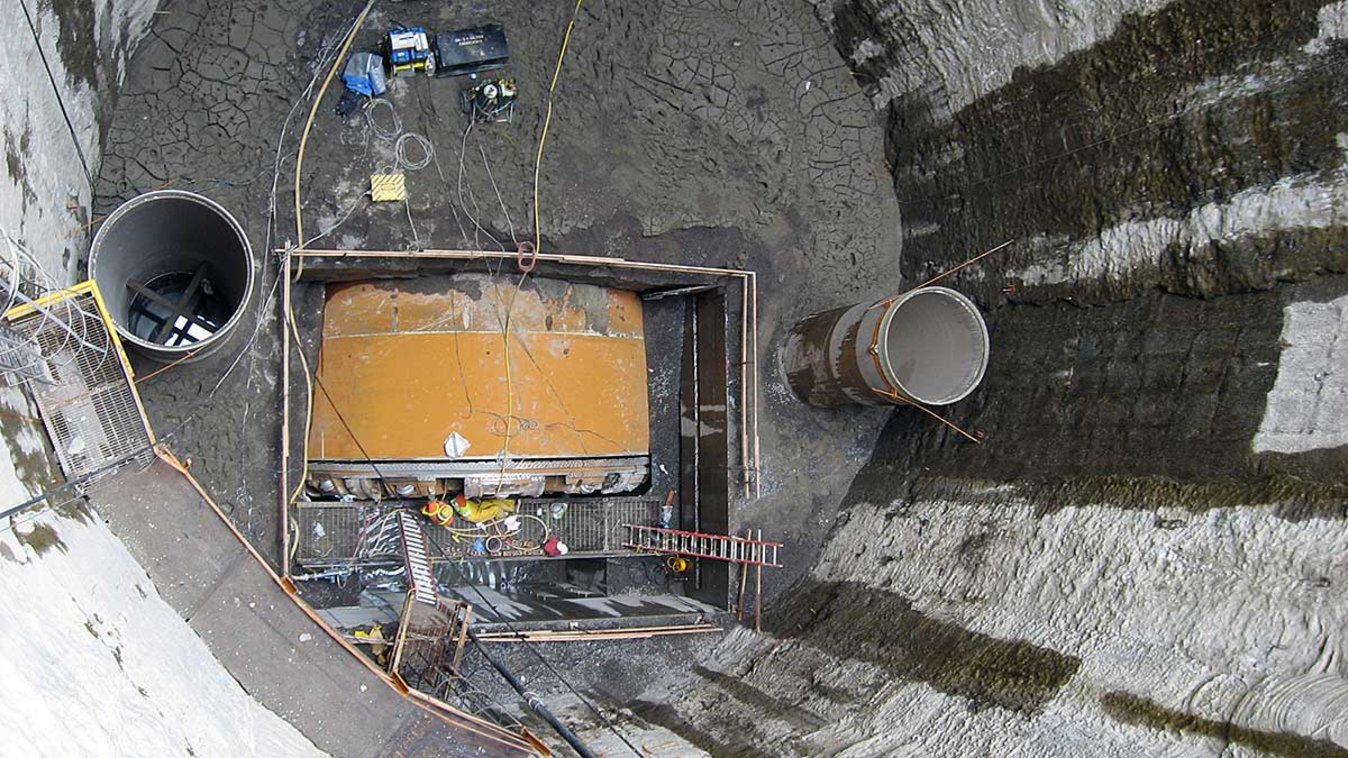 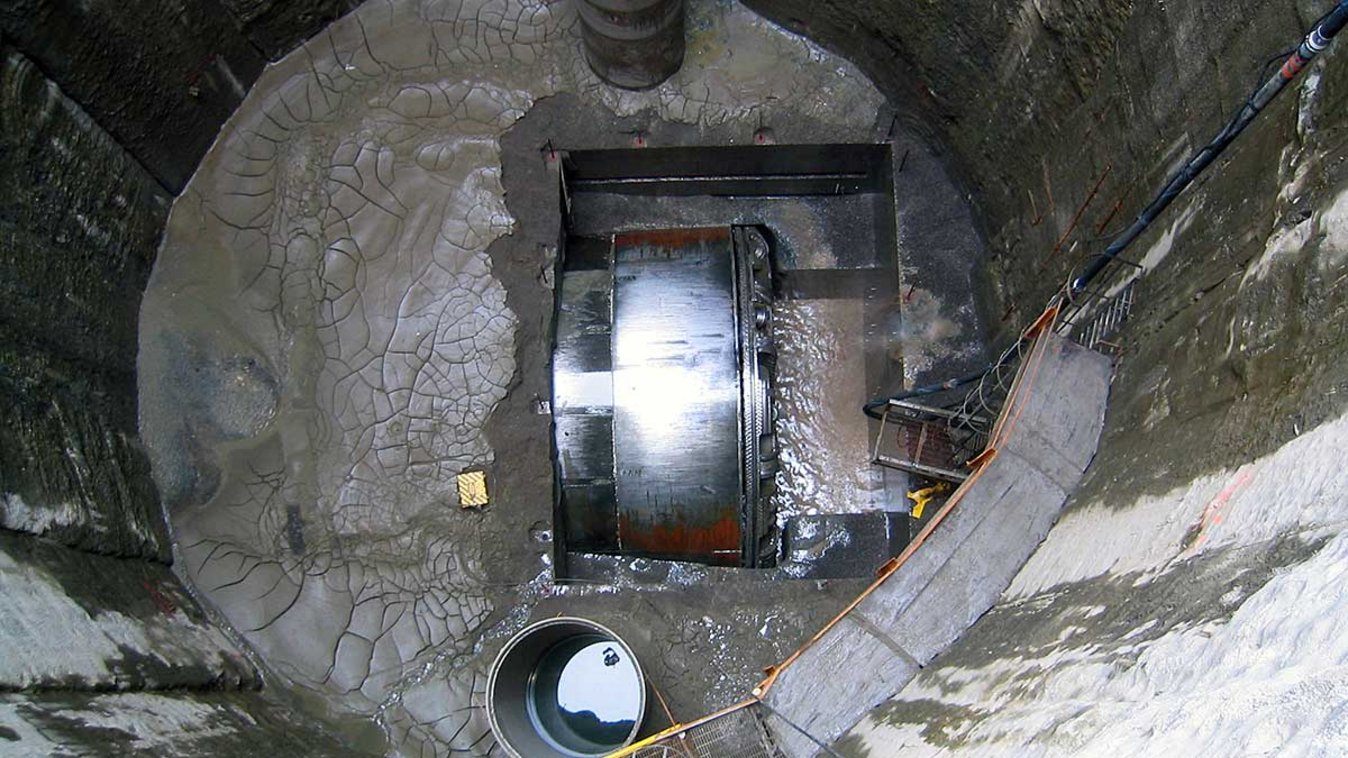 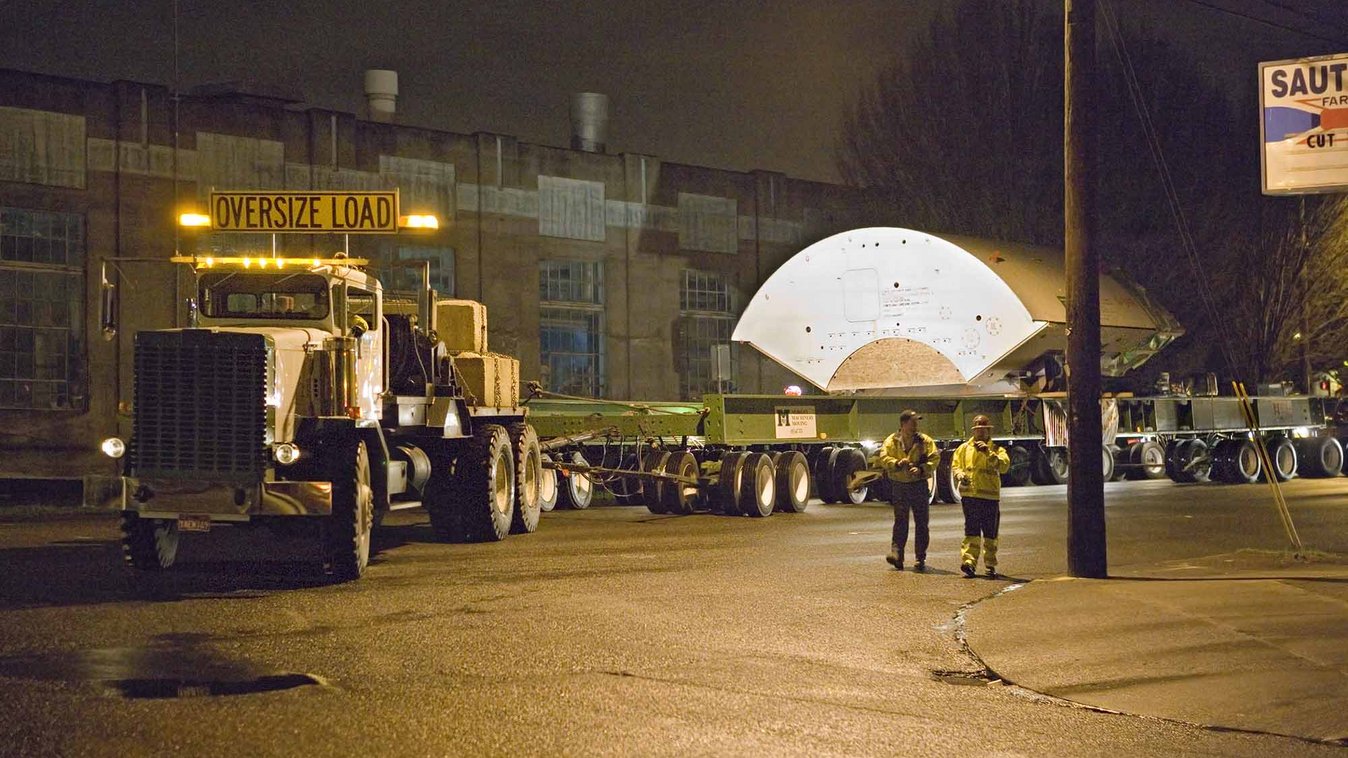 As the largest of all Portland’s projects to reduce overflows into the Willamette River, the East Side Combined Sewer Overflow tunnel is designed to significantly reduce sewage and storm water overflows. To reduce risk exposure on the project the JV was awarded during the pre-design phase with a “Phase 1 pre-construction contract”. Within a 9 month period the JV optimized the design in collaboration with the client and its designer.

The scope of work includes the excavation and lining of an 8,800 m long tunnel with an internal diameter of 6.70 m and the construction of seven diaphragm wall shafts along the tunnel alignment. The construction of in total 2,380 m of nine micro tunnels and “trenchwork”-sections which will divert the existing drainage systems into the CSO tunnel is also included in the contract. Tunnel excavation is carried out with a slurry tunnel boring machine. The tunnel lining consists of steel fibre reinforced (85 %) and standard reinforced (15 %) concrete segments. The ESCSO tunnel is the first project in America with application of steel fibre reinforced segments. As a consequence an exceptionally detailed load case analysis and considerable testing had been carried out prior to segment production.

The geological conditions of the Troutdale Formation along the tunnel alignment can be described as gravel alluvium consisting of medium dense to very dense, poorly graded gravel, cobbles and scattered boulders in a sandy to silty/clayey matrix. Depending on seasonal changes the groundwater levels range between 15 to 24 m above tunnel crown. This resulted in an active tunnel face support of up to 3.6 bar pressure. The tunnel alignment passes below several critical facilities including eight major bridges which required a TBM drive with exceptionally small level of allowable settlements.

For optimization of construction sequence an innovative TBM transfer concept was developed using lifting and transport systems that required only the disassembly of the tail skin and allowed transfer of the entire TBM in one piece.

For mitigation of construction impacts the mucking was carried out by barge on the Willamette River.