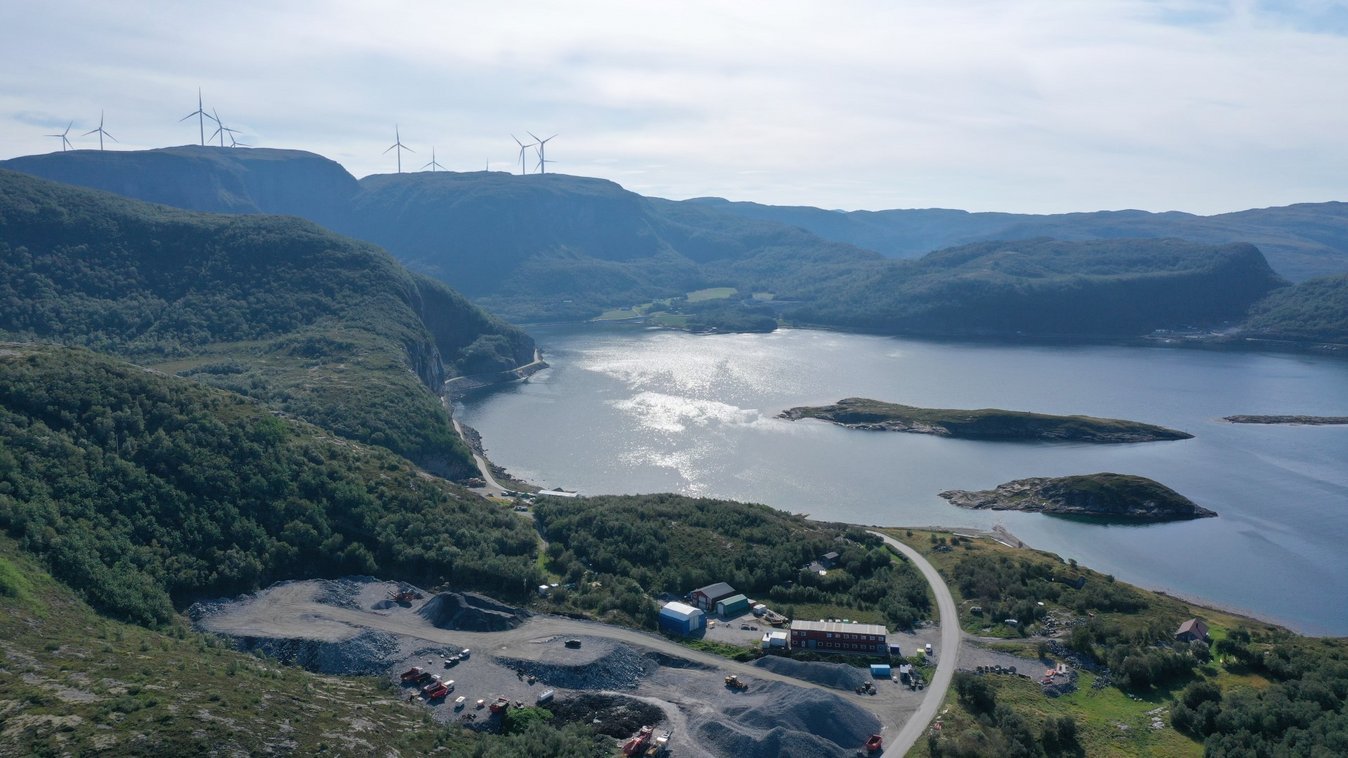 Existing Fv. 6312 was curved, narrow and heavily skredutsatt. The route had poor accessibility and a traffic volume of 380 vehicles, 15% of which was heavy traffic. New route 6312 is a landslide protection project which included the construction of two tunnels, in addition to the road.

New project 6312 is a landslide protection project which included the construction of two tunnels, the Measure Tunnel and the Berfjord Tunnel, 920 m and 670 m respectively, in addition to approximately 1.1 km of road.

The project is carried out using traditional tunnel driving. Systematic permanent securing during driving and construction of roads has been carried out by crushed local masses. Waterproofing is carried out with membrane and reinforced sprayed concrete. Concrete reinforcement is cast in both tunnels.

In total four tunnel portals of approx. 10 m length were built. All portals over foundations are made in one casting. 2 prefabricated technical buildings are placed in recesses in the tunnels.

Use of sewage treatment plant for discharge of plant water.

When driving both tunnels there was a great focus on the danger of collapse along the previously existing county road. Trafikk ble derfor stanset under sprengningsarbeidene en vegstrekningene ble kontrollert før trafikk ble satt på igjen. In addition, continuous vibration measurements were carried out during the blasting works.

The road was re-routed towards the tunnel cut-outs. The remaining road between the tunnels was upgraded. Parts of the new road in Indre Berfjord pass through a two-sided rock cut of up to 18 m.