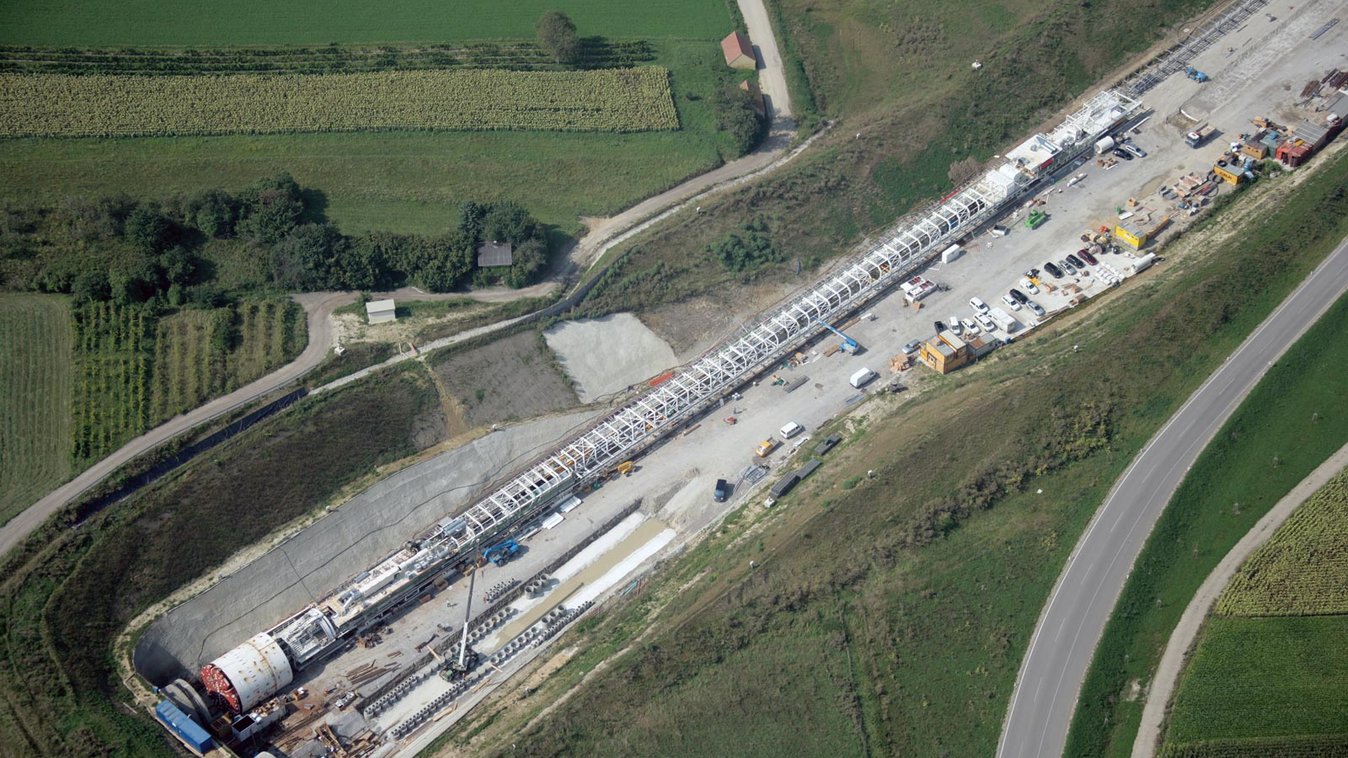 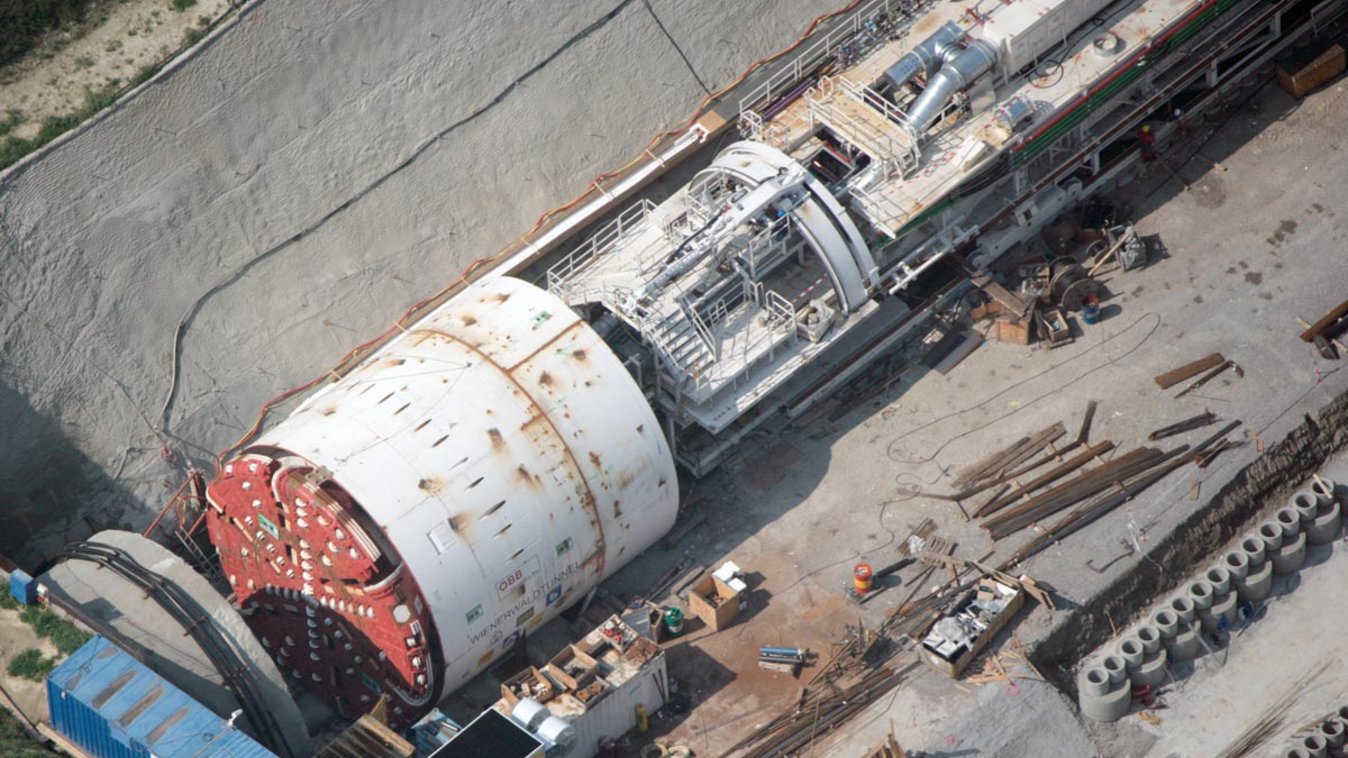 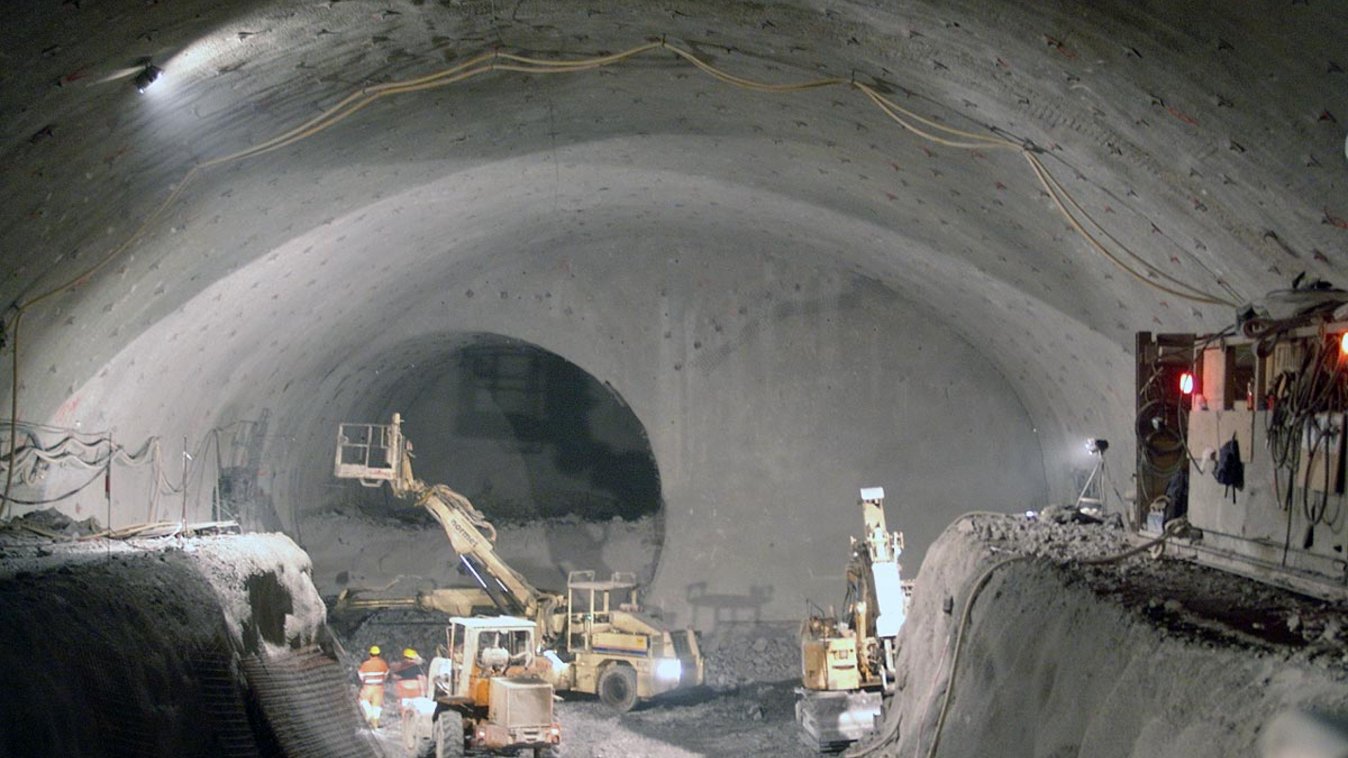 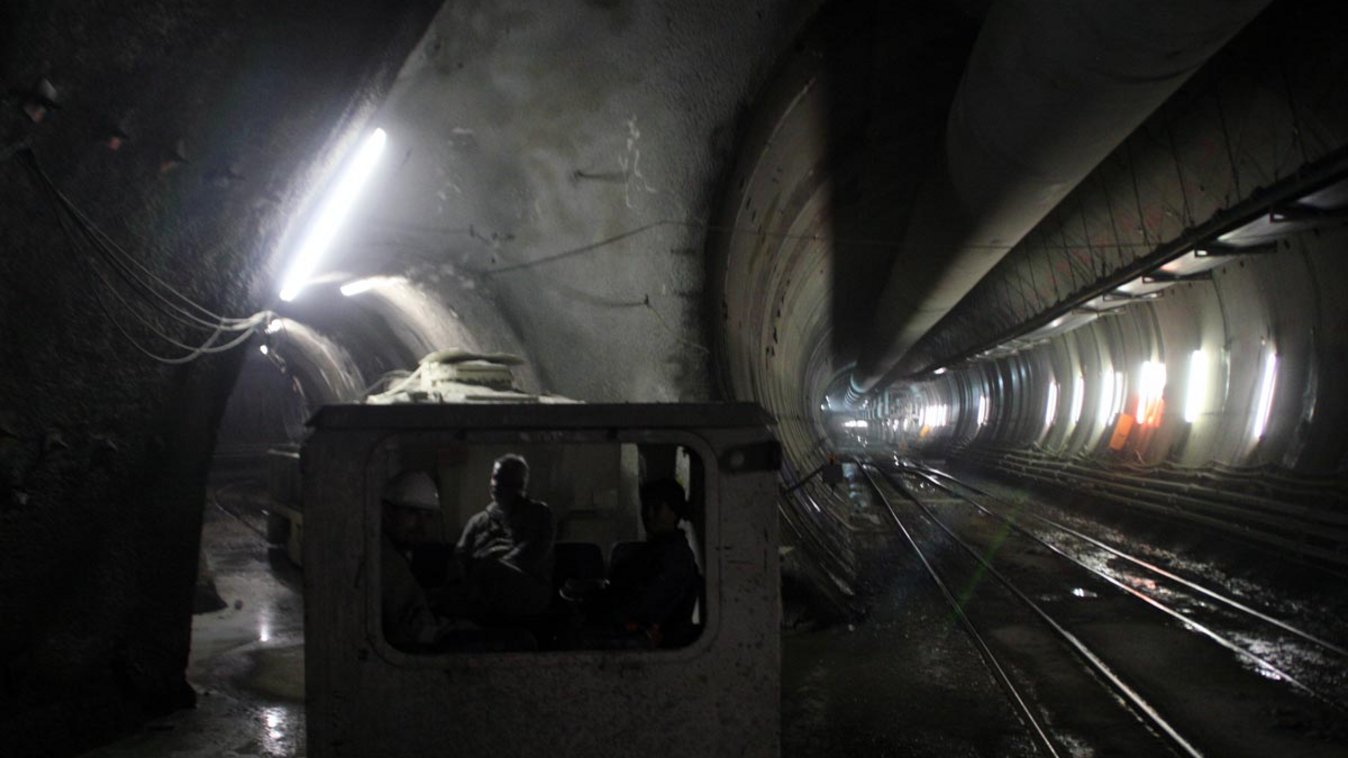 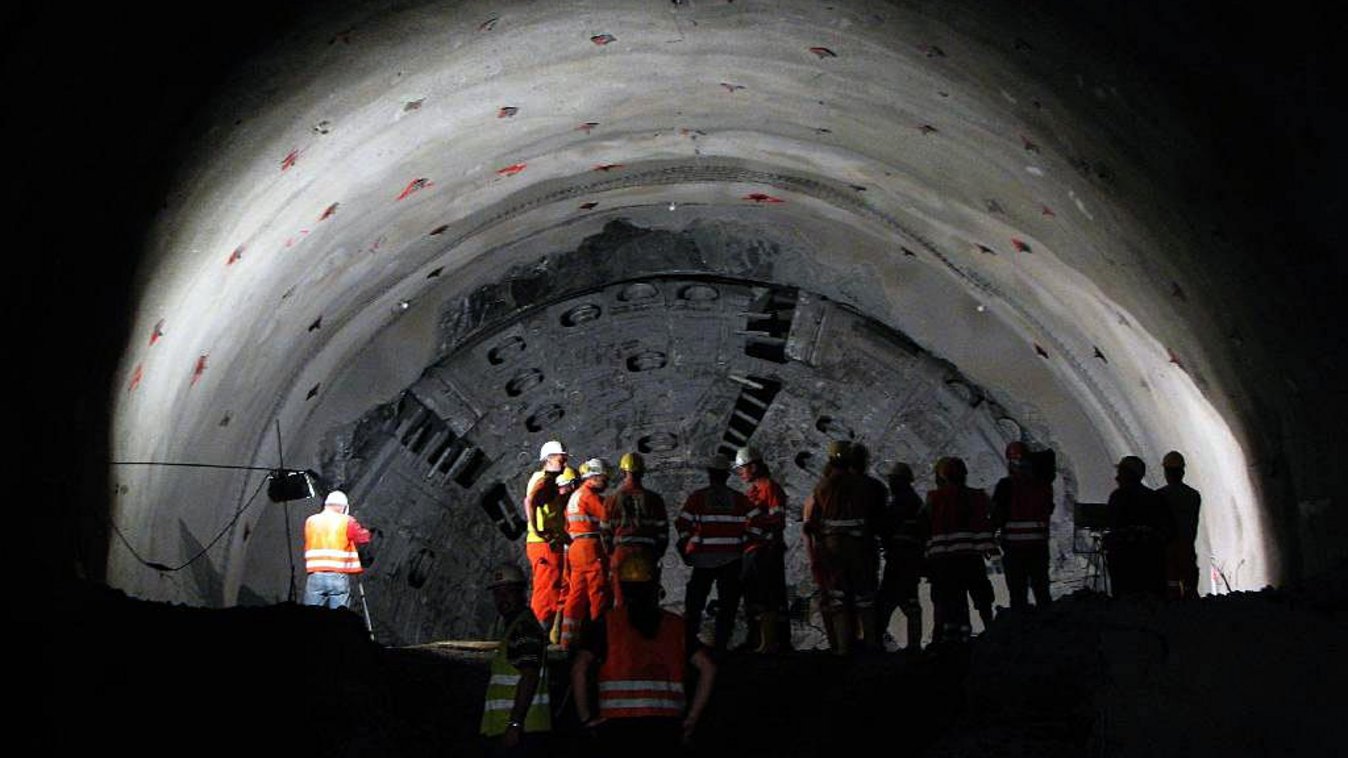 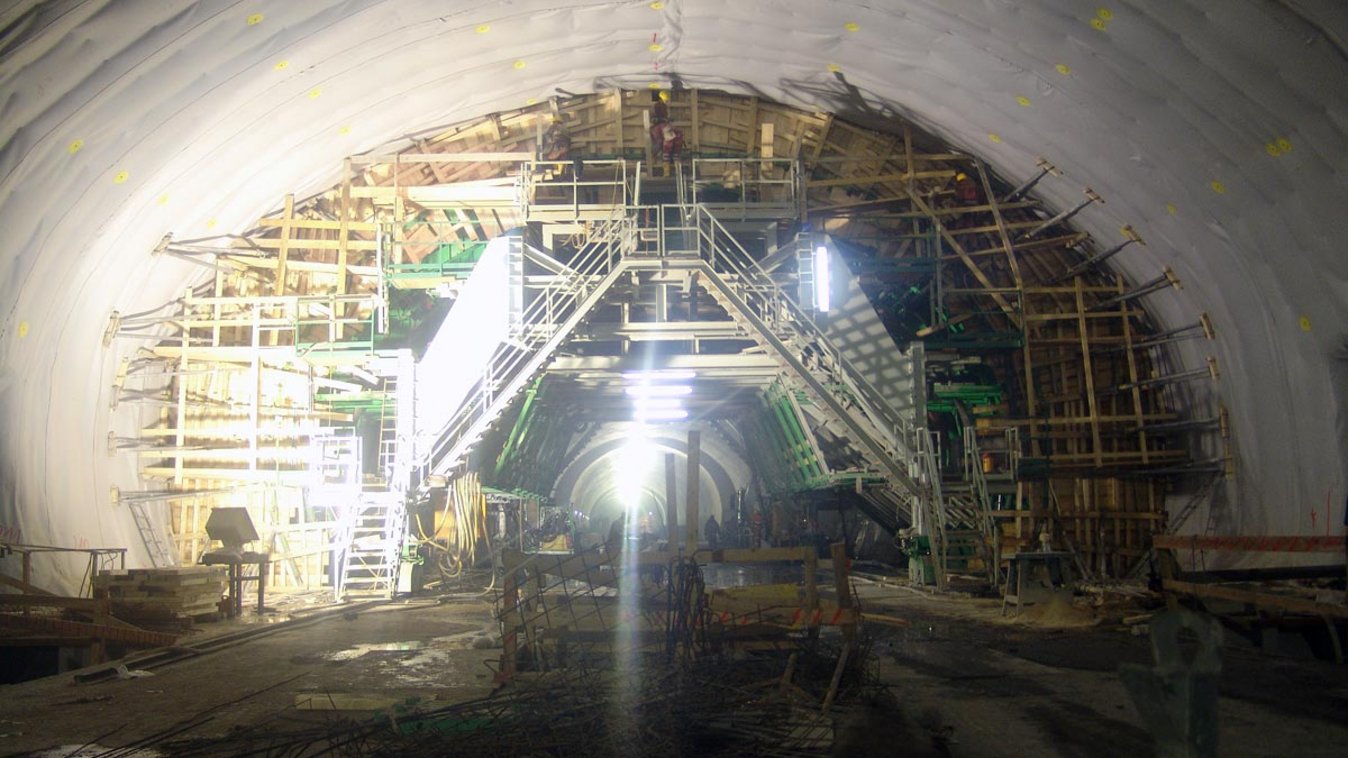 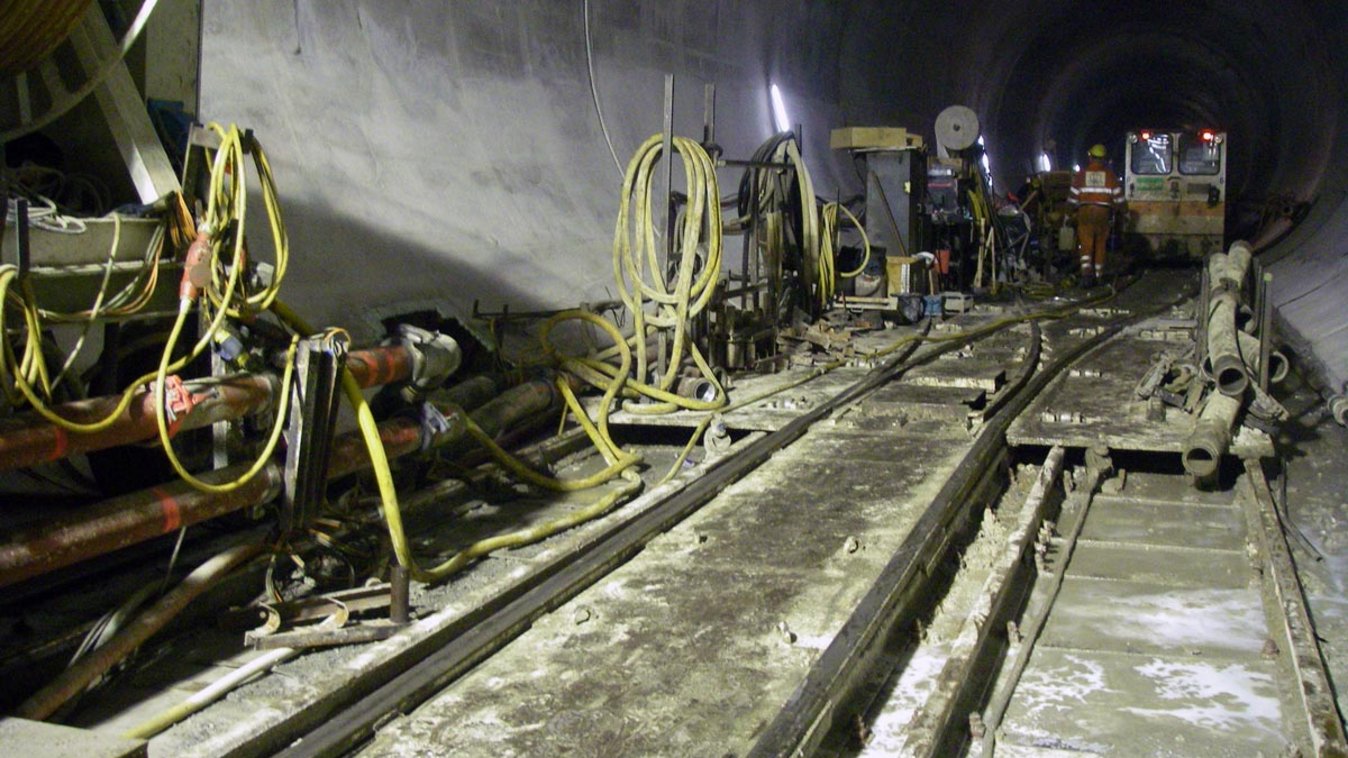 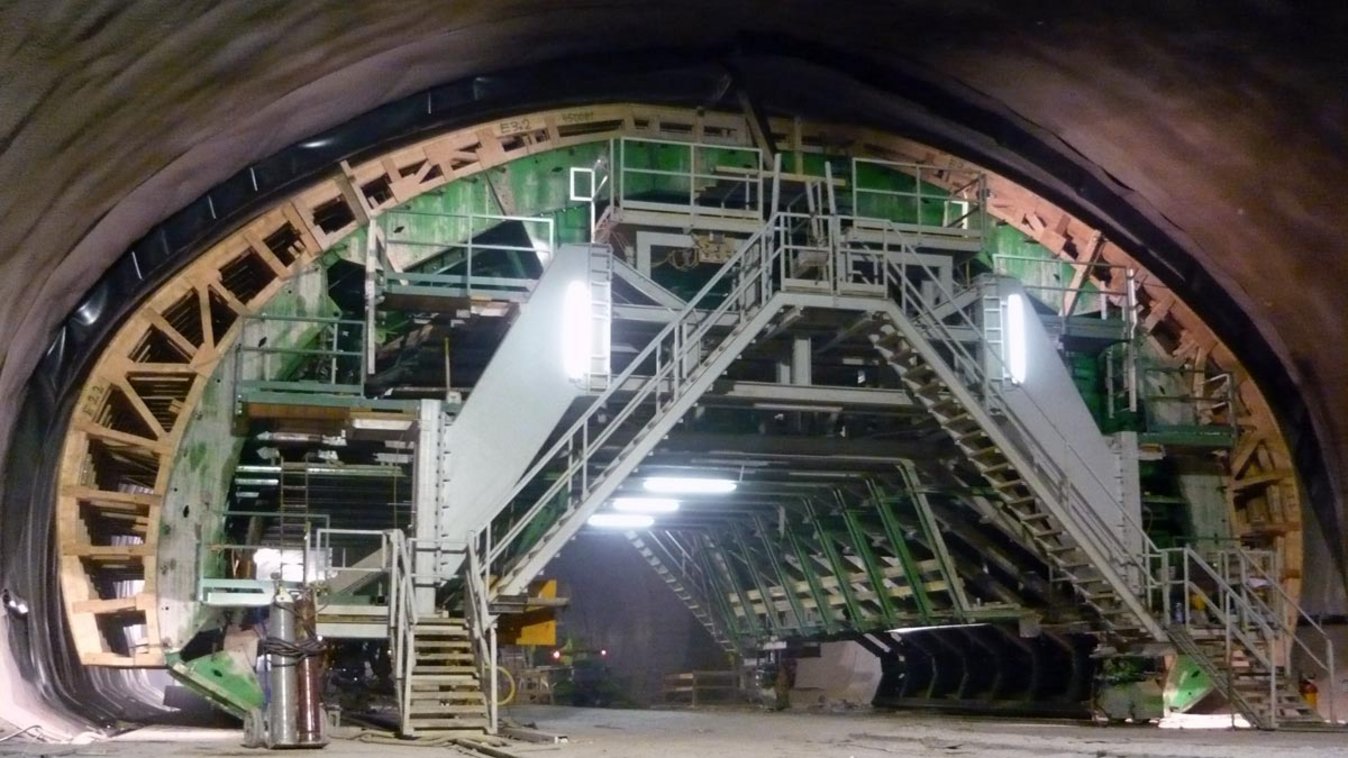 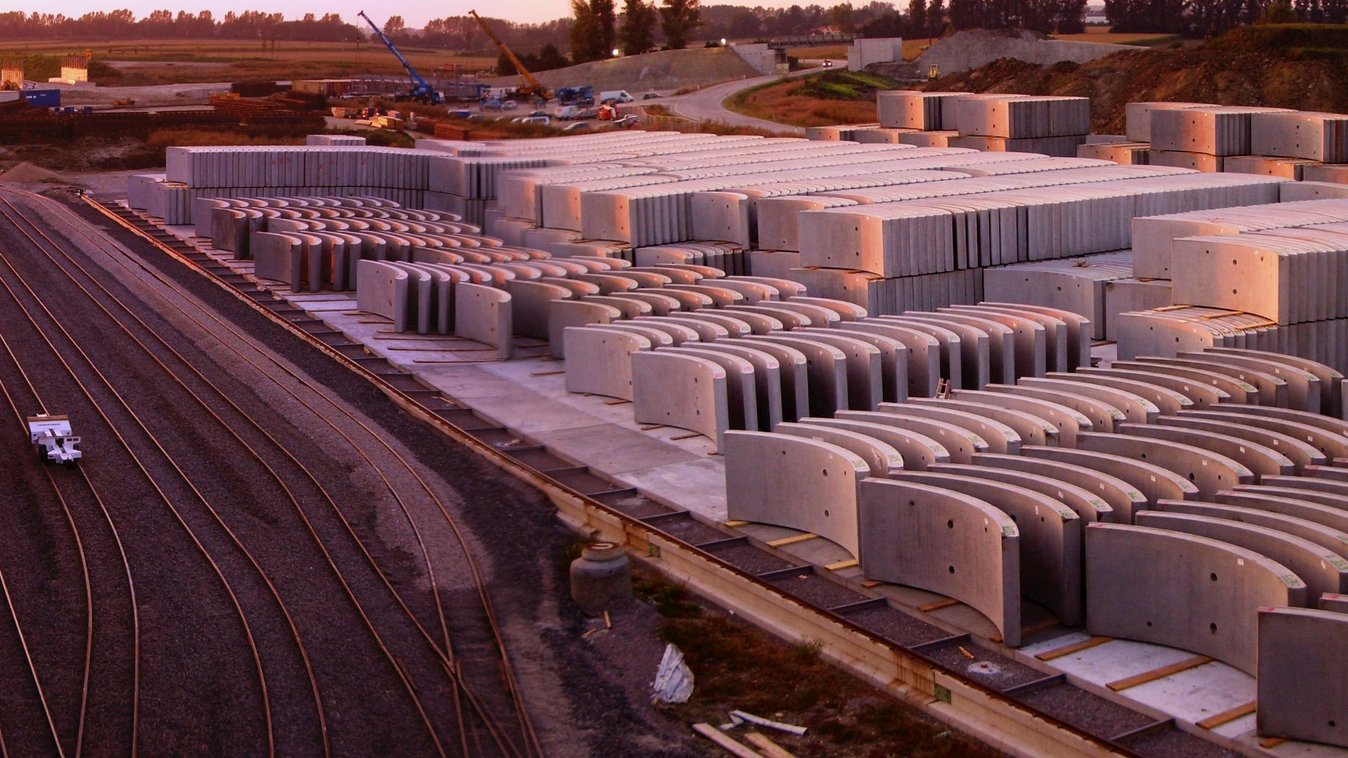 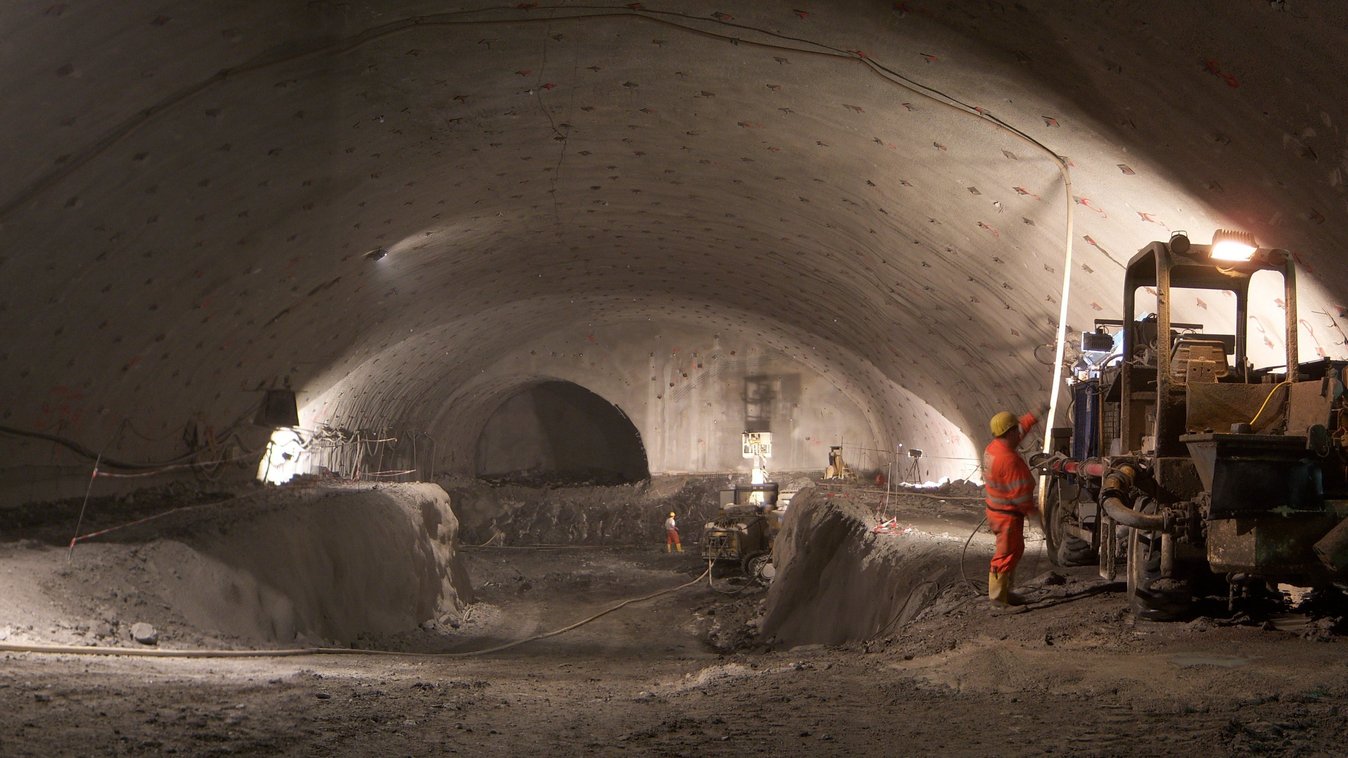 The Wienerwald Tunnel is an integral part of the new high speed railway line between Vienna and St. Pölten.

The whole Wienerwald tunnel  construction has been divided into the following three sections:

The ground cover above the tunnel crown varied between 6 - 190 m throughout the approximately 13 km long tunnel alignment. The tunnel runs through layers of silt-, clay- and sandstone as well as marl layers and marlstone. Water seepage of up to 5 l/s was also encountered during tunnel drive.

The 10.77 km long tunnel tubes were driven with two 10.69 m diameter hard rock tunnel boring machines. Both tunnel tubes are connected with 25 cross passages. The tunnel has a slight upward inclination of 0.3 %.

In addition to the 2,356 m conventionally driven tunnel of the eastern section, the scope included the construction of 3 galleries, 2 shafts and an emergency exit shaft. In order to reduce the risk of settlement in relevant sections of the tunnel alignment, tunnel excavation was carried out with side wall drifts. After completion of the tunnel drive a sealing membrane and a reinforced concrete inner lining was installed.

Approx. 50 % of the muck from the TBM was reused as filler material for a 10 km long railway embankment. The rest (about 2 million cubic meters of solid mass) was deposited as replacement material or landfill of a former dumpsite for domestic waste.