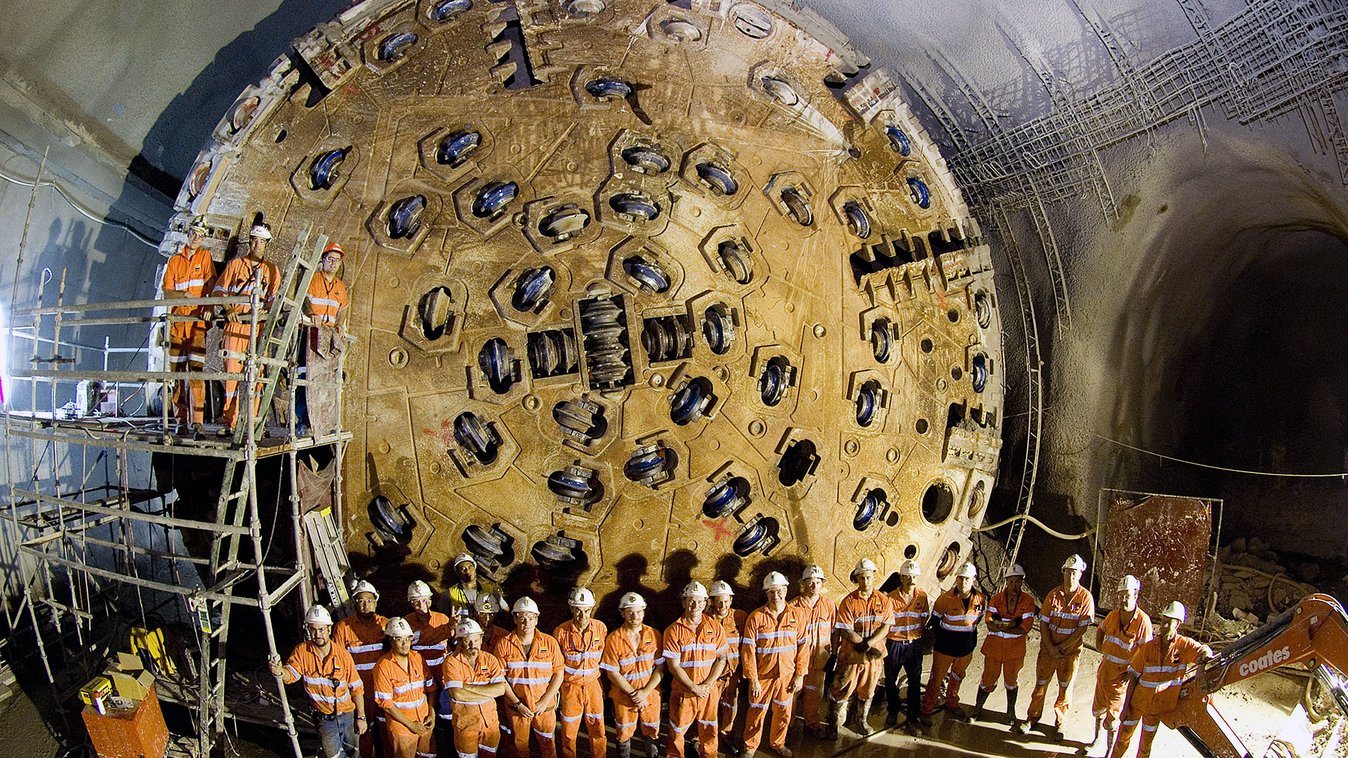 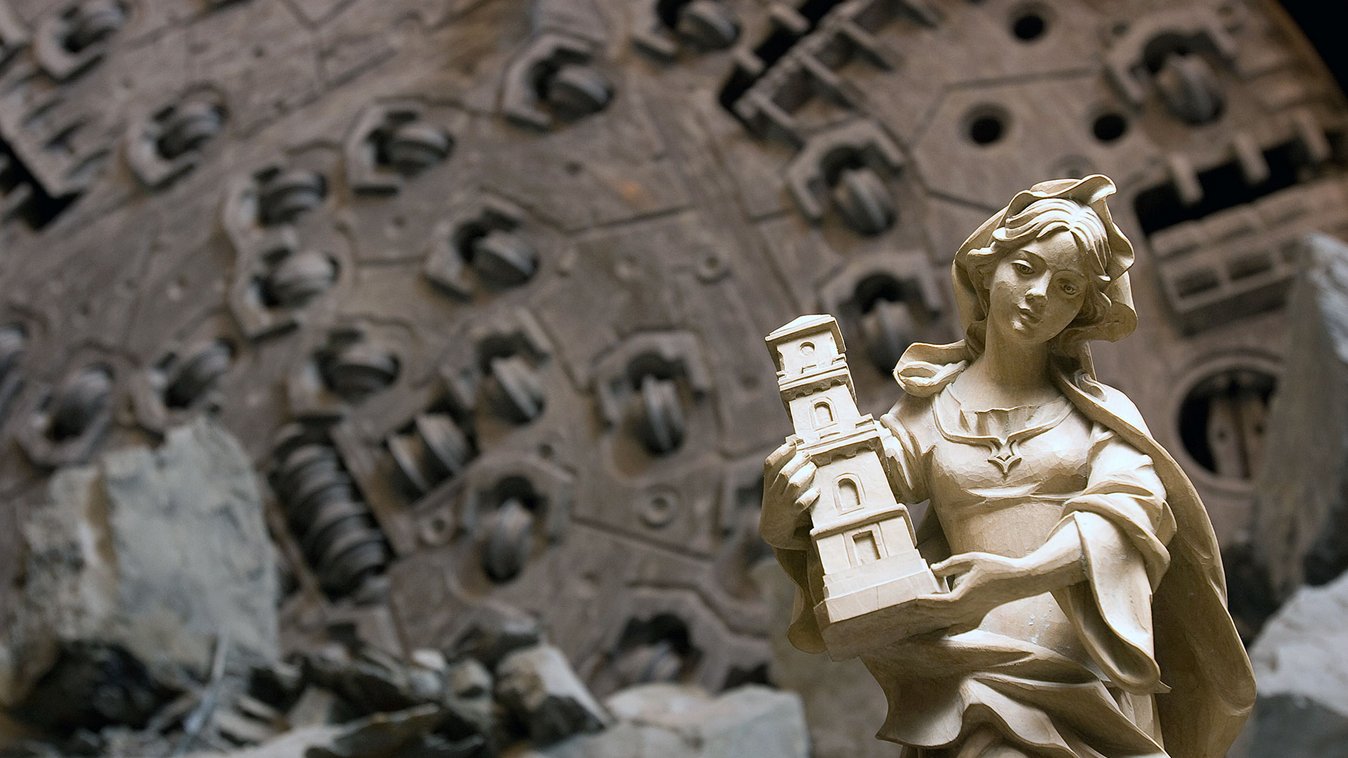 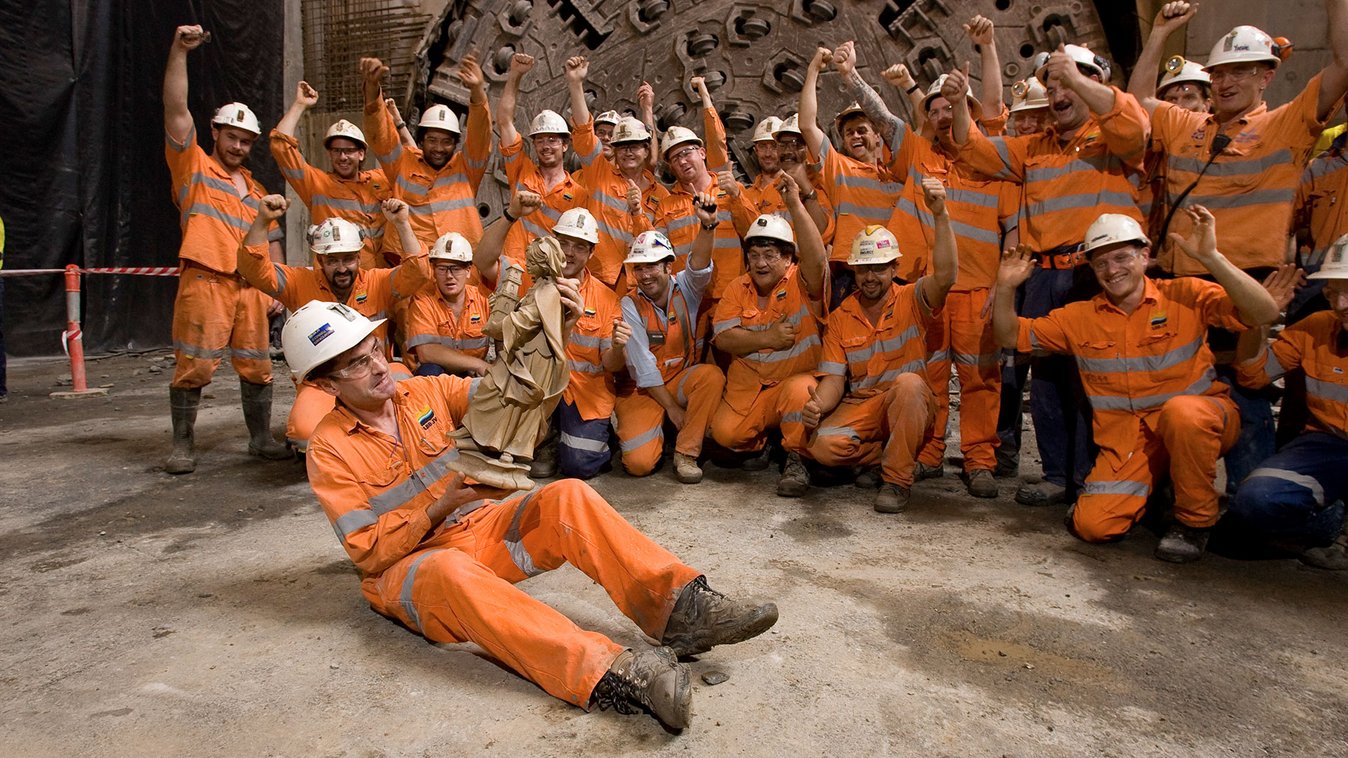 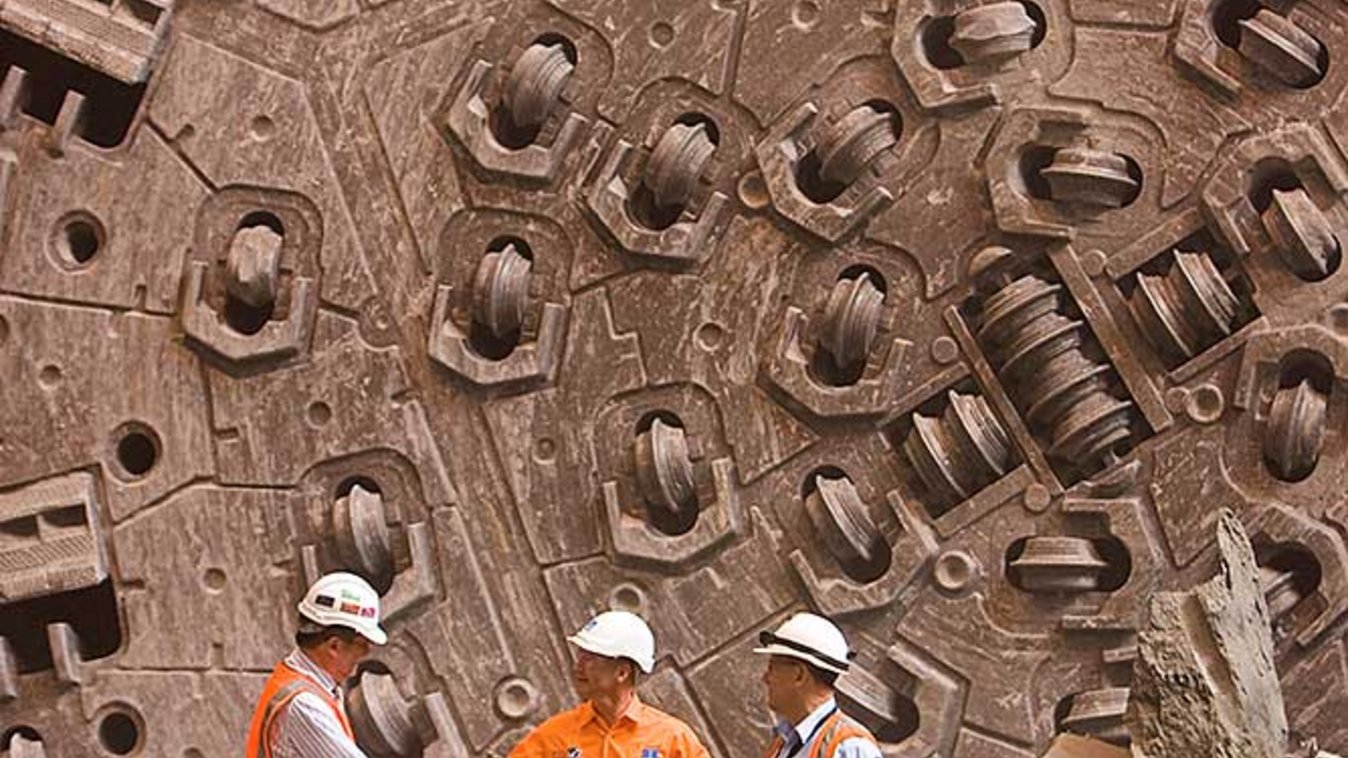 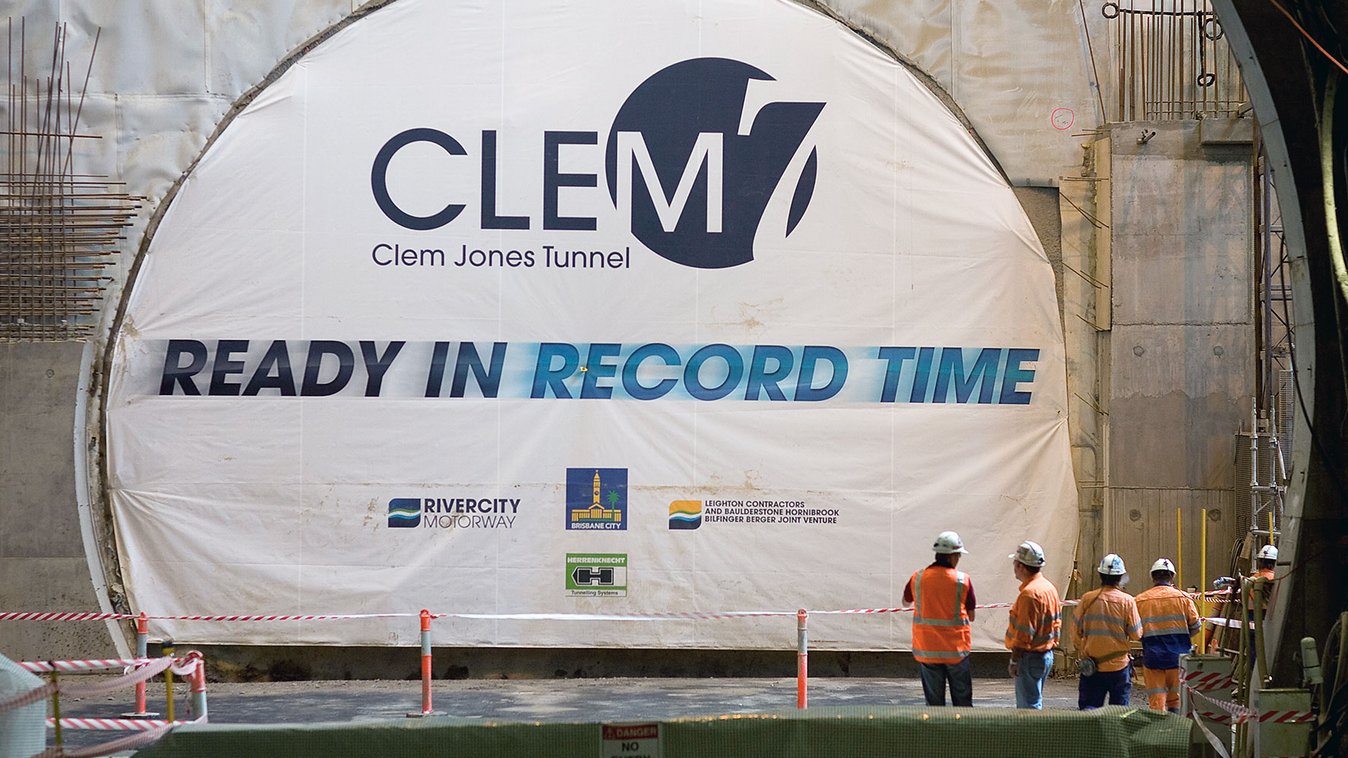 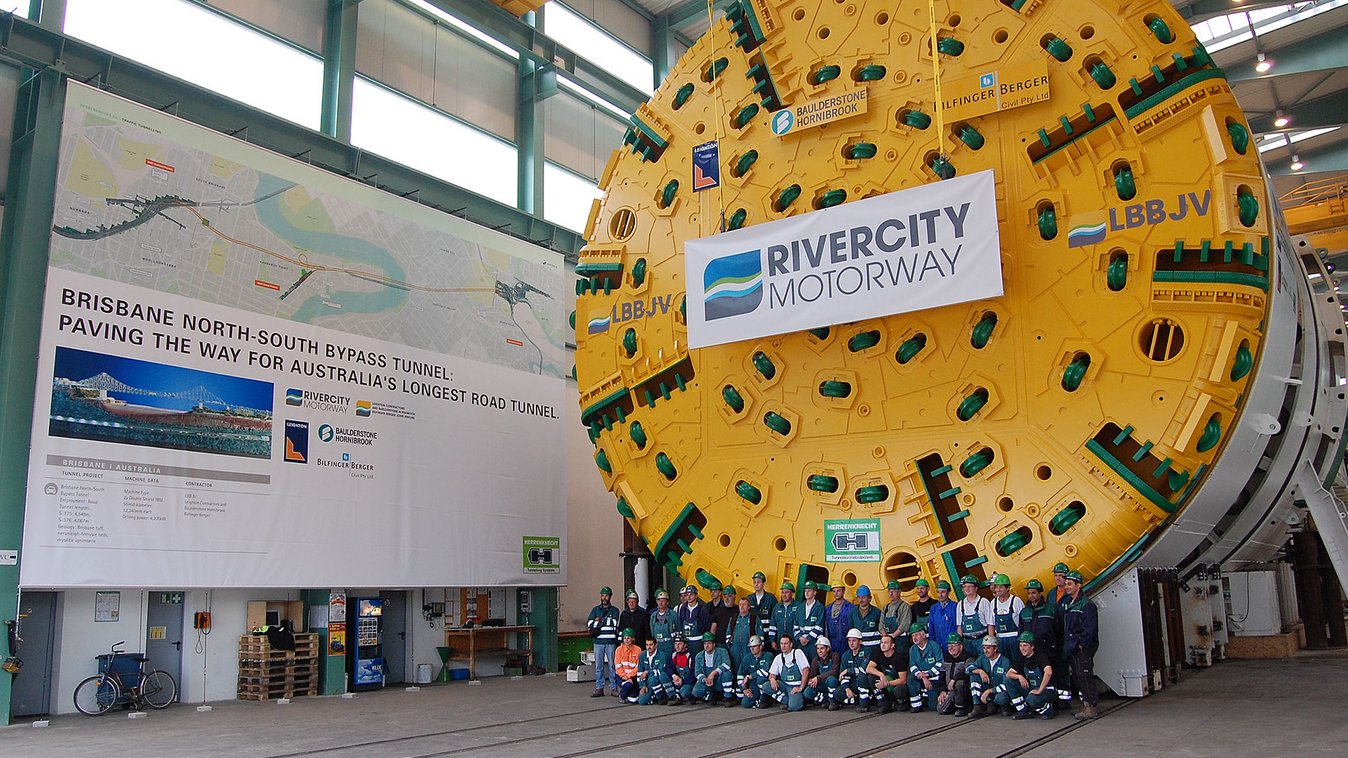 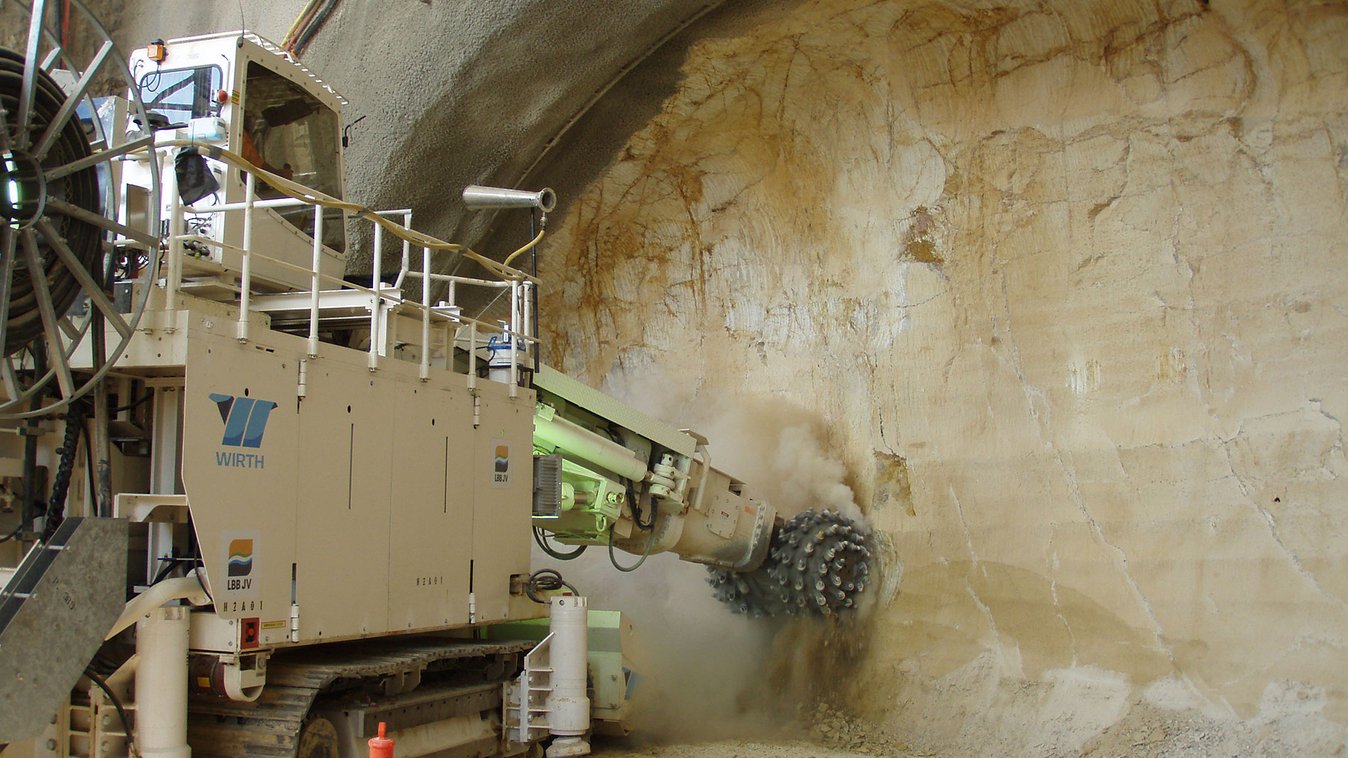 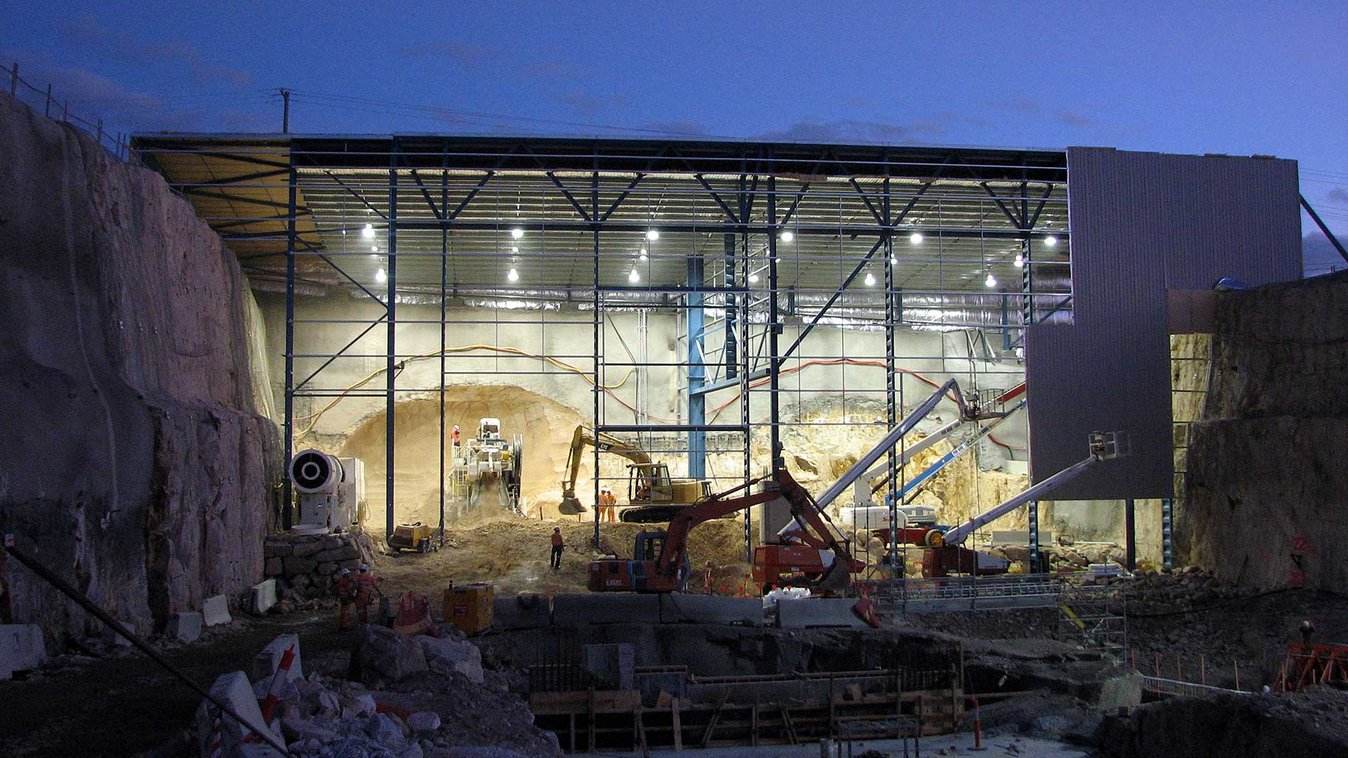 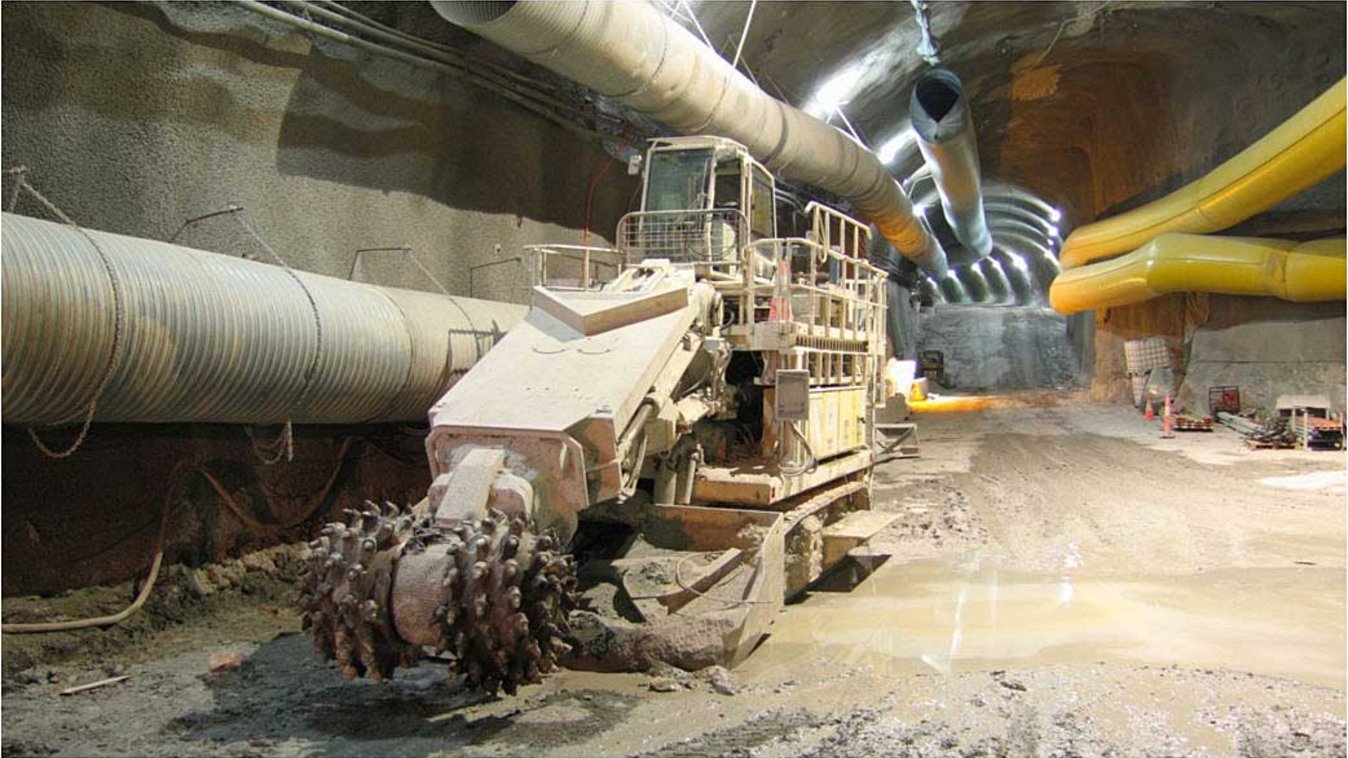 The Clem Jones Tunnel (also known as North South Bypass Tunnel) is part of the Brisbane City Council’s vision to meet the existing and future transport needs of Brisbane. The project connects the north-south traffic below Brisbane between Woolloongabba and Bowen Hills and provides connections to and from the east via Shafston Avenue at Kangaroo Point.

The Clem Jones Tunnels overall length is 6.8 km, including 4.8 km of dual twin lane tunnels which will significantly reduce urban traffic and enable multiple enhancements in the urban surroundings. Including access and exit ramps a total of 10.4 km of tunnels have been excavated in vulcanite and metamorphic sediments. The spoil accumulates to approx. 3.5 million tons of which 70% has been excavated by two 12.4 m diameter double shield hard rock TBMs.

Emergency exits are provided by cross passages every 120 m between the two parallel tunnel tubes. Extensive probing measures ahead of the face were carried out during the TBM drive, especially with respect to the crossing below the river with a large diameter open TBM.

The underground junctions, ramps and cross passages were excavated by up to 7 roadheaders with subsequent tunnel support using shotcrete and rock bolts.

Meshing together the various activities such as the simultaneous execution of the drives, cross-passages, suspended ceiling, including electro-technical equipment, played a central role on these construction measures and placed extremely high demands on the logistics.

Multiple worksites were established around the city to realise this extremely challenging and complex project and, at the peak of construction, up to 1,200 people were working directly on the project.