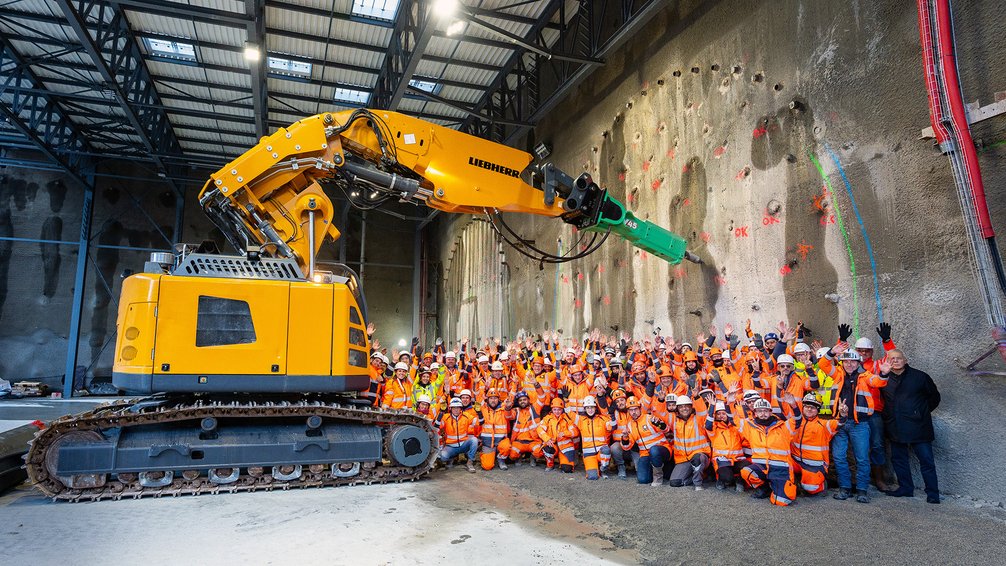 On December 8, the consortium consisting of Implenia, NGE, Itinera and Rizzani De Eccher started excavation work for the entrance to the Lyon-Turin Base Tunnel, construction site CO08 on the French side.

The preparatory work has already proved to be extremely demanding: a total of 794 jet grouting columns were constructed to improve the mechanical properties of the soil in the alluvial zone, as well as a “Parisian wall” consisting of piles (1’186) and nails (12’595). For the excavation of the "spandrel zone", 290,000 tons of material were excavated – a total of approximately 600,000 m3 for the entire project.

Forward-looking construction site: The consortium and the project management office were subject to strict environmental, economic and social specifications. In addition, the consortium is currently constructing three acoustically effective buildings whose technical specifications will reduce noise and dust pollution for local residents.

Work began on the French side of the tunnel entrance: the groundbreaking ceremony, the first excavations and the installation of the first stirrup began the week after the blessing in honor of the patron saint, Saint Barbara – a symbolic and at the same time moving moment for all the miners working on the project. Of the total length of the two tubes of the tunnel, i.e., 5,678 km, more than 1’000 meters will be built as an umbrella vault.