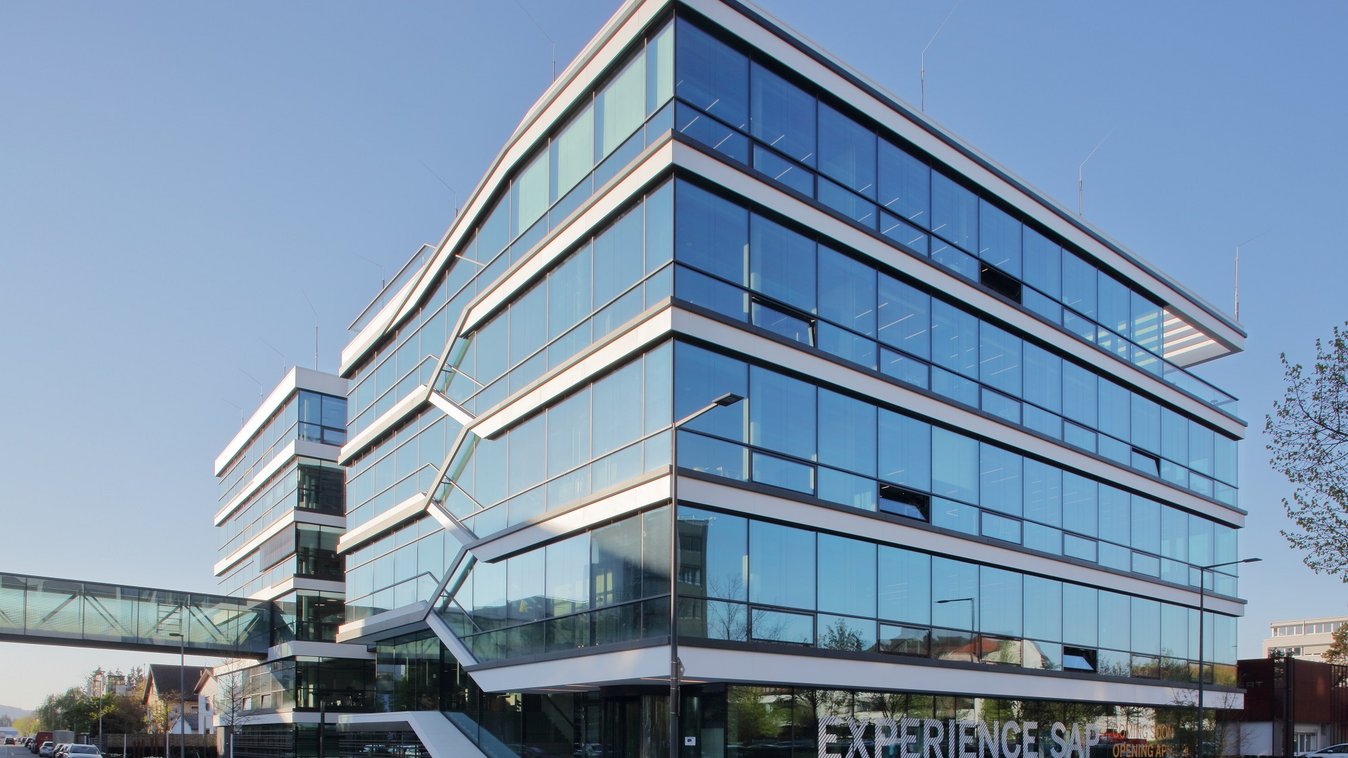 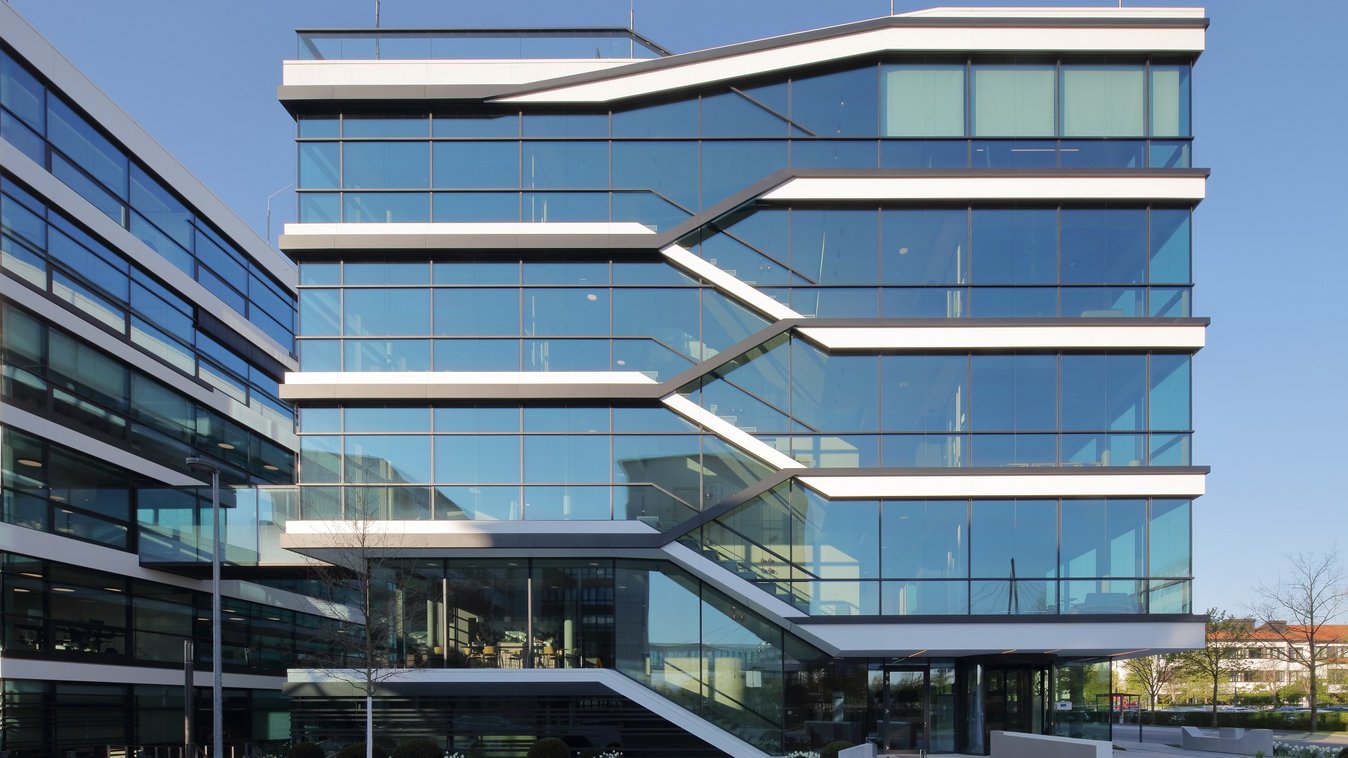 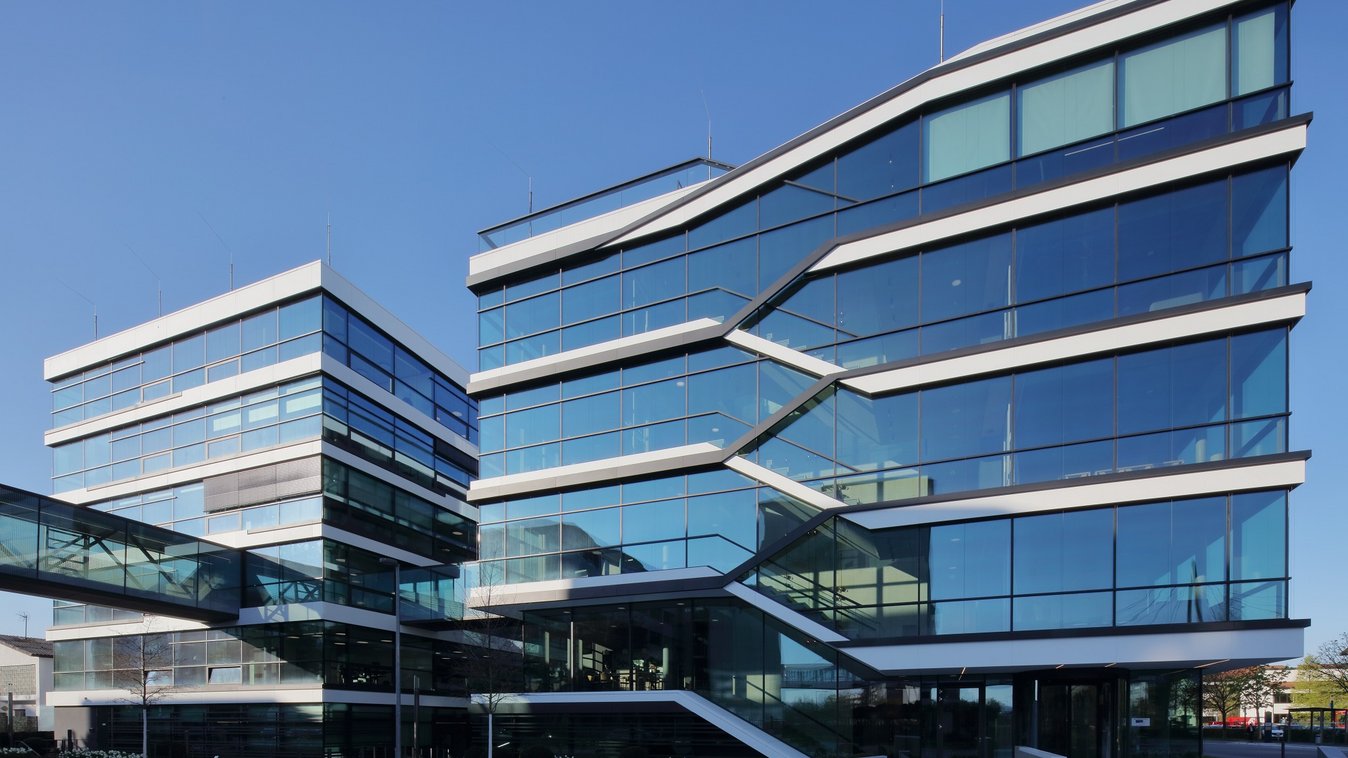 Attractive new office for SAP at its Walldorf site – Implenia Buildings completes the work as a turnkey project.

The software company SAP invested some 100 million euros in an office building, computer centre and cogeneration unit at its headquarters in Waldorf, with the majority of these funds being earmarked for the office building. The Implenia Buildings branch in Karlsruhe took charge of the commercial management as part of a joint venture.

The new building, which is situated opposite the headquarters on Dietmar-Hopp-Allee, boasts light and airy spaces spread over five floors – meaning plenty of room for software developers and creative working. The new construction contains 700 workstations and serves in part to reduce the strain on other buildings and give employees more space.

Over a gross surface area of approx. 16,700 m², spaces for workstations, project rooms, communication zones and meeting rooms were created.