Dietlikon, 21 June 2018 – Implenia has won a new infrastructure order in Sweden. Trafikverket, the Swedish Transport Administration, has asked the Group to undertake planning and preparation for the expansion of the railway line between Varberg and Hamra on the country’s west coast from single to double-track. Trafikverket is investing a total of around SEK 3,700 million in the project. In addition to the planning and preparation work, the initial phase will see Implenia building a bridge for the double-track expansion. The contract for this first phase is worth SEK 200 million (approximately CHF 20 million).

Thanks to Implenia’s early involvement and the partnership contract structure, the company is able to optimise the planning, preparation and construction methods in close collaboration with the customer. Implenia is therefore ideally positioned for the second phase – an execution contract worth around SEK 3,500 million (around CHF 400 million), which will come into force in 2019.

The railway line between Gothenburg and Lund on Sweden’s west coast is a key connecting route for passenger and freight trains. The stretch between Varberg and Hamra is an important part of this major artery. As well as connecting the regions of Gothenburg and Southwest Skåne, the line, close to the Öresund Bridge, is also an important link to Copenhagen and the rest of Europe.

The track expansion between Varberg and Hamra also includes a tunnel and a security shaft beneath the town of Varberg, as well as a new railway station. Implenia, which is providing its services under the “One Company” model, has impressed the customer with the know-how of its experts in Sweden and its tunnelling specialists: Trafikverket is getting all the capabilities required for this major project – from planning and preparation to execution – from a single source. 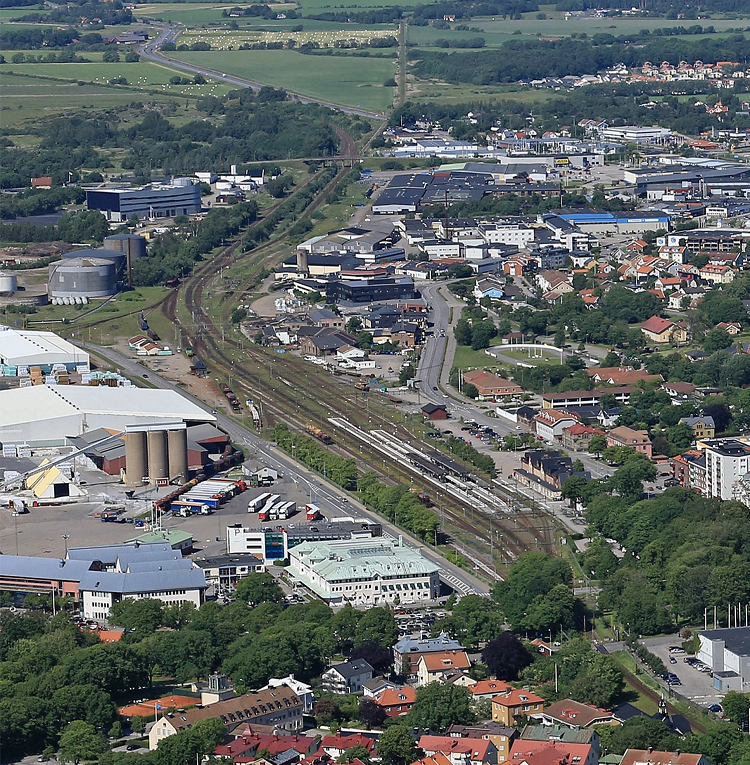 On Sweden’s west coast, Implenia has been commissioned to plan and prepare the conversion of a railway line from single to double-track. From 2025, passenger and freight trains will run under the town of Varberg. (Image: Trafikverket)

Implenia is Switzerland’s leading construction and construction services company. It also has strong positions in the German, Austrian and Scandinavian infrastructure markets. Established in 2006, Implenia can look back on around 150 years of construction tradition. It brings the expertise of its highly skilled construction units together under the roof of a company active throughout Europe. With its integrated business model and specialists operating in all areas of construction, the Group can manage a building project through its entire lifecycle and deliver work that is economical, integrated and customer-centric. The focus is on striking a sustainable balance between financial success and social and environmental responsibility.

Implenia, with its headquarters in Dietlikon near Zurich, employs around 10,000 people throughout Europe and posted revenue of around CHF 3.9 billion in 2017. The company is listed on the SIX Swiss Exchange (IMPN, CH0023868554). More information can be found at www.implenia.com.