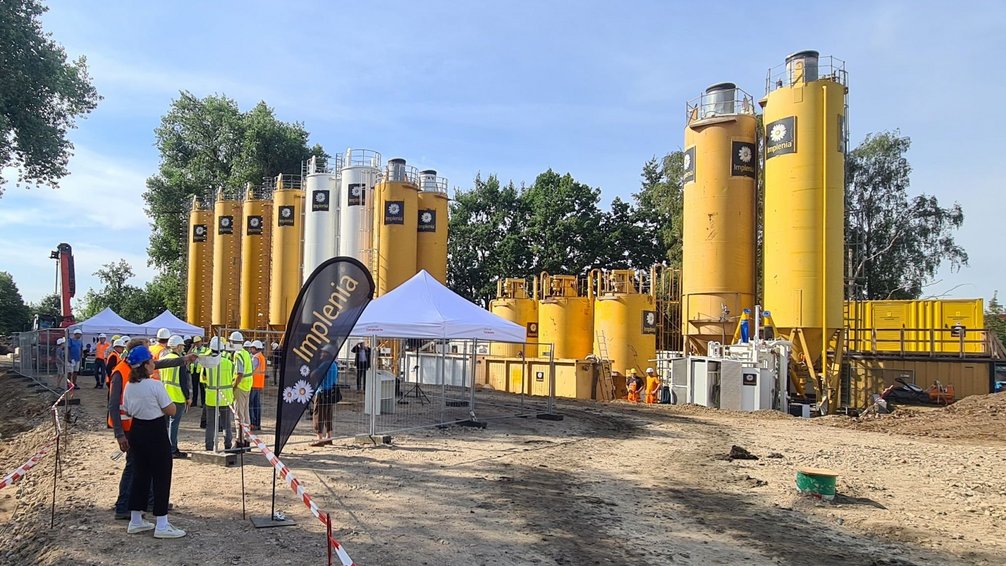 On the Elbe, construction of a new Elbe tunnel for the district heating pipeline in Hamburg's north officially started today. A large diaphragm wall excavator has carried out the first excavations of the starting shaft on the south bank of the Elbe. In the coming weeks, it will work its way down to a depth of 30 meters. Then a tunnel boring machine will take over the work under the Elbe.

The 1,160-meter tunnel is scheduled for completion in the 2024/2025 heating period and will primarily transport waste heat from industrial processes in the south of Hamburg to the north of the Hanseatic city. Completion is an important prerequisite for the future Hafen energy park on Dradenau to replace the coal-fired power plant in Wedel with predominantly climate-neutral heat. By replacing the coal-fired power plant, Hamburger Energiewerke GmbH is making the biggest single contribution to Hamburg achieving its climate targets.

Implenia is constructing 1.5-meter-thick diaphragm walls for the start and target shafts. Between the two shafts, Implenia's tunneling experts are using a tunnel boring machine to bore a tubbing tunnel 1.16 kilometers long and with a bore diameter of 4.55 meters. In the two shafts, accesses and operating facilities are being built for later operation.

Commenting on the start of construction, Thomas Fiest, Head Tunnelling Germany at Implenia, said: "We are delighted to be able to plan and implement this large and complex infrastructure project for Hamburger Energiewerke and thus contribute to a sustainable energy supply in Hamburg. We would like to thank Hamburger Energiewerke for the trust they have placed in Implenia and look forward to continued successful cooperation with all parties involved."

To the TV report