– Attractive projects won thanks to general contracting and planning skills as well as Lean Construction offering | Construction of new housing developments, a training centre and part of a neighbourhood development | Contracts worth around EUR 290 million

Dietlikon, 12 November 2020 – In addition to the major “Wohnquartier am Südcampus” residential neighbourhood in Bad Homburg that it is building for Wüstenrot Haus- und Städtebau GmbH, Implenia has won a series of other housing development contracts as well as a part of a neighbourhood development. Furthermore, Implenia has been asked to build a training centre for BVG, Berlin’s public transport operator.

The company has been awarded these contracts primarily because of its expertise as a general contractor and its many years of experience in managing and executing large and complex construction projects. Implenia experts were already involved in most of the projects at a very early stage, meaning they could work in partnership with the clients on development and planning. Its ability to optimise project planning in terms of costings and timetables, and its expertise in Lean Construction also helped tip the decisions in Implenia’s favour. The combined total value of the new orders is approximately EUR 290 million.

Implenia is building the “Wohnquartier am Südcampus” residential neighbourhood in Bad Homburg am Taunus for its client Wüstenrot Haus- und Städtebau GmbH. The residential complex, consisting of 540 apartments in 27 multi-family dwellings, a children’s day-care centre and seven underground garages, offers a total gross floor area of approximately 80,000 m2 on a site of around 40,000 m2. A construction management contract has been signed, and the project has been planned and optimised in partnership with the client from the first phase onwards. Based on an urban development concept, the Implenia project team has coordinated all the planning for the client right up to planning approval, including all the specialist planning. It will now move on to execution planning for the whole project.

Access and excavation work has already started under a part-order contract. Building construction will begin before the end of this year. A total construction period of 38 months is planned before the development is completely finished.

Implenia is building the second phase of the “Am Angerbogen” development for Büschl-Unternehmensgruppe of Grünwald. The new buildings are part of a new residential neighbourhood in the town of Freising to the north of Munich. Implenia was awarded the contract for the first phase in May. This new follow-up contract is for another 143 owner-occupied apartments, two commercial units and an underground car park with 194 spaces. The client has also commissioned Implenia to manage customised fit out requests for buyers of the privately financed homes.

Acting as general contractor, Implenia is building a residential development for Rheinblick Gartenstadt GmbH, Frankfurt, based on a competition design by KAP Architektur Development of Mainz. Implenia has been asked to build five apartment blocks above a 95-berth underground car park. An option has also been agreed to build a further six apartment blocks above a second underground car park with 97 spaces. The buildings on the former garden show grounds in Bingen am Rhein will be constructed in two phases on two separate plots using conventional masonry methods. The basement floor needs to be waterproof because of the proximity of the River Rhine, so it is being tanked using reinforced concrete. The blocks will be three or four storeys high and will provide a gross floor area of 26,000 m2.

In Ludwigsburg, Implenia has been commissioned by Wohnungsbau Ludwigsburg GmbH to build a group of apartment blocks as part of the “Jägerhofkaserne” project. This turnkey construction of six new buildings, offering a total of 76 apartments, an underground car park and outdoor space, is part of a conversion project: a new neighbourhood is being developed on the site of the old barracks in an excellent city centre location not far from the castle.

In Hamburg-Bergedorf, Implenia has been contracted by Projektgesellschaft Bergedorfer Tor to build on plots two to four – a total area of around 5,800 m2, creating a complex six to nine storeys high with a gross floor space of approximately 27,000 m2. “Bergedorfer Tor”, which is being built on top of a single-storey underground car park, will be a mixed-use development with a nursing centre, medical practice, offices and shops. Implenia has been contracted to handle the concreting work, facades and roofs. The central nine-storey office tower will be a new landmark for Hamburg’s most south-easterly district, with a distinctive brick facade complementing the timelessly classical architecture.

Following an official tendering process, Berliner Verkehrsbetriebe (BVG), Berlin’s public transport operator, has awarded Implenia the contract to build its new “Machandelweg Training Centre and Workshops”. The contract also includes the execution planning, architecture, support structure and building technology. A new four-storey building is to be built using steel composite construction on a site that has already been cleared. The workshops will integrate a training track for maintenance work on U-Bahn carriages, as well as a practice course for laying railway sleepers and tracks.

By working in partnership with the client from a very early stage during the tendering process, Implenia was able to identify potential savings and optimise its offer to match the client’s wishes. This work was helped by the previously created BIM model. During the execution phase, procedures will be optimised using Lean Construction methods.

On the client side, the project will be overseen by BVG Projekt GmbH, which was also Implenia’s partner on the U5 U-Bahn project in Berlin. All of the decision-makers signed a partnering charter at the kick-off meeting, committing them to continued fair and mutually trustful cooperation. 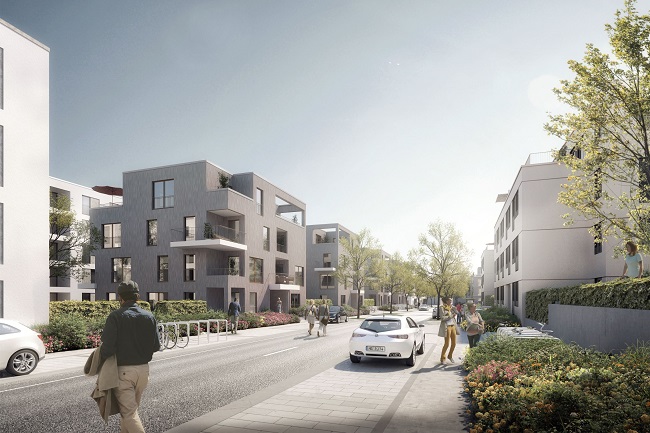 Südcampus, Bad Homburg: Implenia has planned a new neighbourhood in partnership with the client and will start construction work before the end of 2020 on 540 new apartments, a day-care centre and seven underground car parks (Image: © bloomimages). 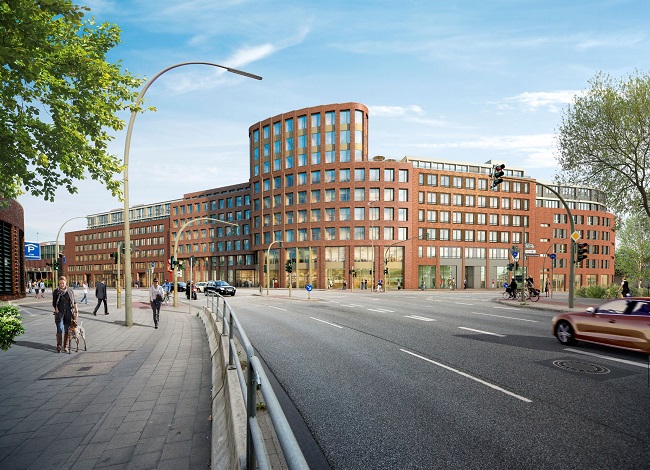 Implenia is doing the extended basic build for Bergedorfer Tor, an iconic new development with a wide variety of usages in the south east of Hamburg (Image: © Projektgesellschaft Bergedorfer Tor). 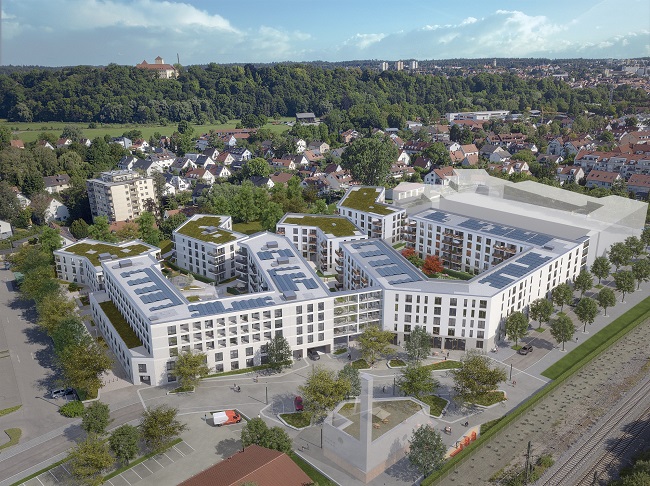 In Freising, Implenia, is now building the second phase of a neighbourhood development with 143 apartments. Buyers can customise the fit-out of their apartments (Image: © Büschl-Unternehmensgruppe).

Implenia is Switzerland’s leading construction and real estate services company. It has significant building construction and civil engineering operations in Switzerland, Germany and Austria, as well as strong positions in the infrastructure sectors of all its home markets: Switzerland, Germany, Austria, France, Sweden and Norway. Implenia is also a successful real estate developer in Switzerland and Germany. Formed in 2006, the company can look back on around 150 years of construction tradition. The company combines the know-how of its highly skilled consulting, planning and execution units under the umbrella of a leading, multi-national integrated construction and real estate service provider. With its broad offering and the extensive experience of its specialists, the Group can realise complex major projects and provide integrated, customer-centric support across the entire life-cycle of a building or structure. The focus is on customer needs and striking a sustainable balance between financial success and social and environmental responsibility. Implenia, with its headquarters in Dietlikon near Zurich, employs more than 10,000 people in Europe and posted revenue of over CHF 4.4 billion in 2019. The company is listed on the SIX Swiss Exchange (IMPN, CH0023868554). For further information: implenia.com.