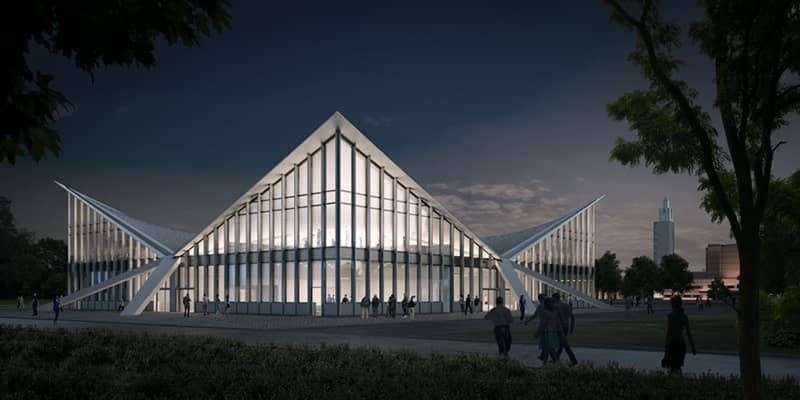 Implenia Instandsetzung has been awarded the contract to refurbish the "Hyparschale" in Magdeburg. The contract is worth around EUR 2 million. The "Hyparschale" is a column-free hall with a square base area of 48 x 48 meters and is one of the most famous buildings in the state capital.

The roof shell of the building consists geometrically of four hyperbolic paraboloids; the total thickness of the reinforced concrete shell is only 8 cm. The building was planned and executed by Ulrich Müther in 1969 - an incredible engineering achievement in times of the then real existing socialism. Today, the hall is a listed building and will be used again as an event hall after the renovation. Before that happens, Implenia will reinforce the roof shell with carbon concrete on the top and bottom sides and reinforce the columns and tie rods with shotcrete.

There are also plans to survey the building in advance by flying over it, using 3D laser scanning and photogrammetry, and to use the data obtained digitally in the project processes of work preparation, surveying and billing. The refurbishment work will begin in February of this year and is expected to be completed in December.