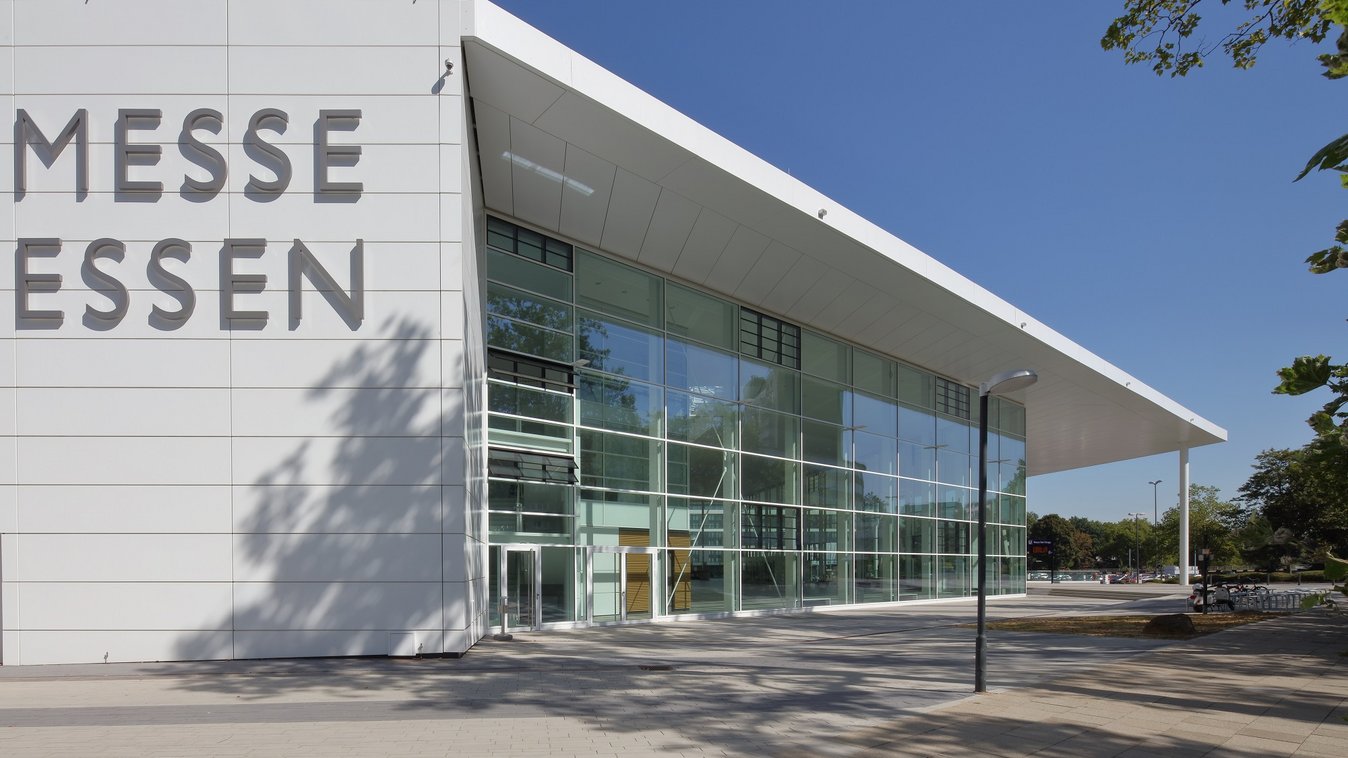 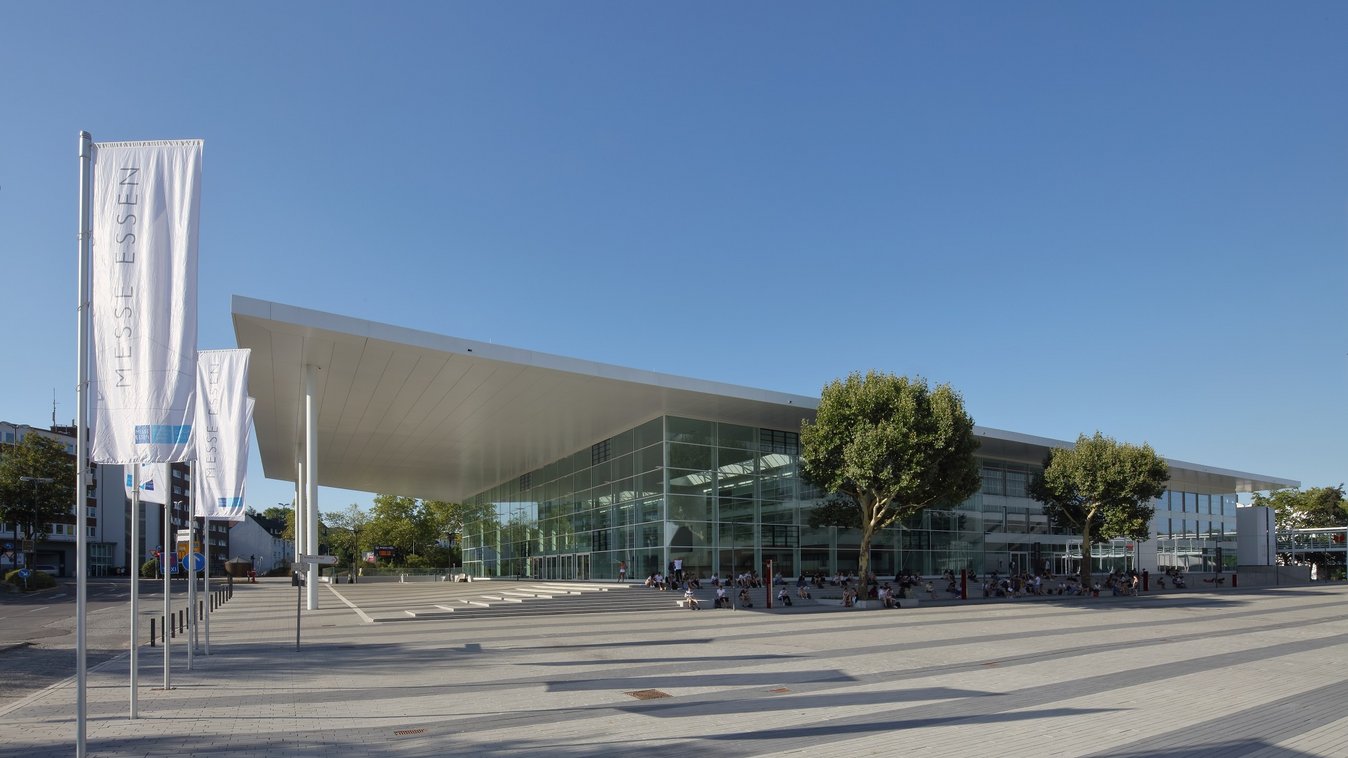 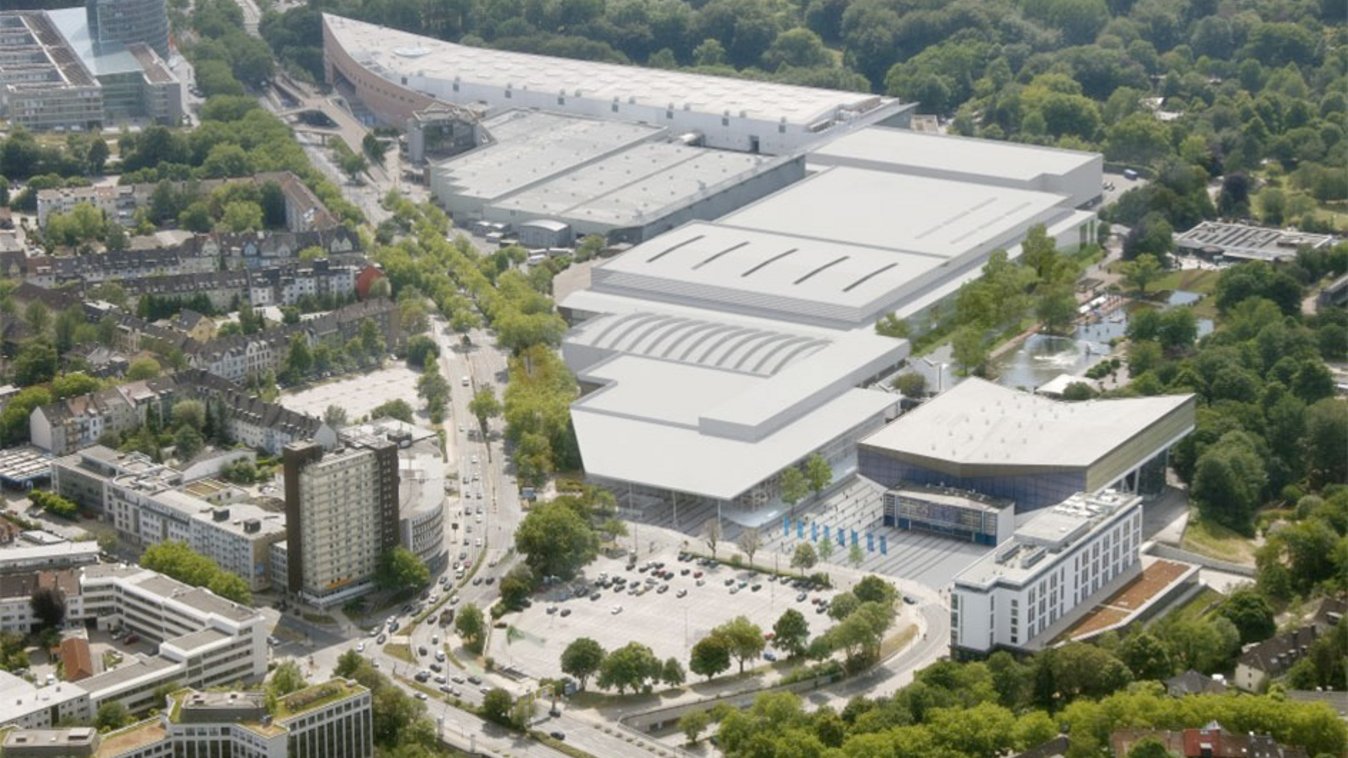 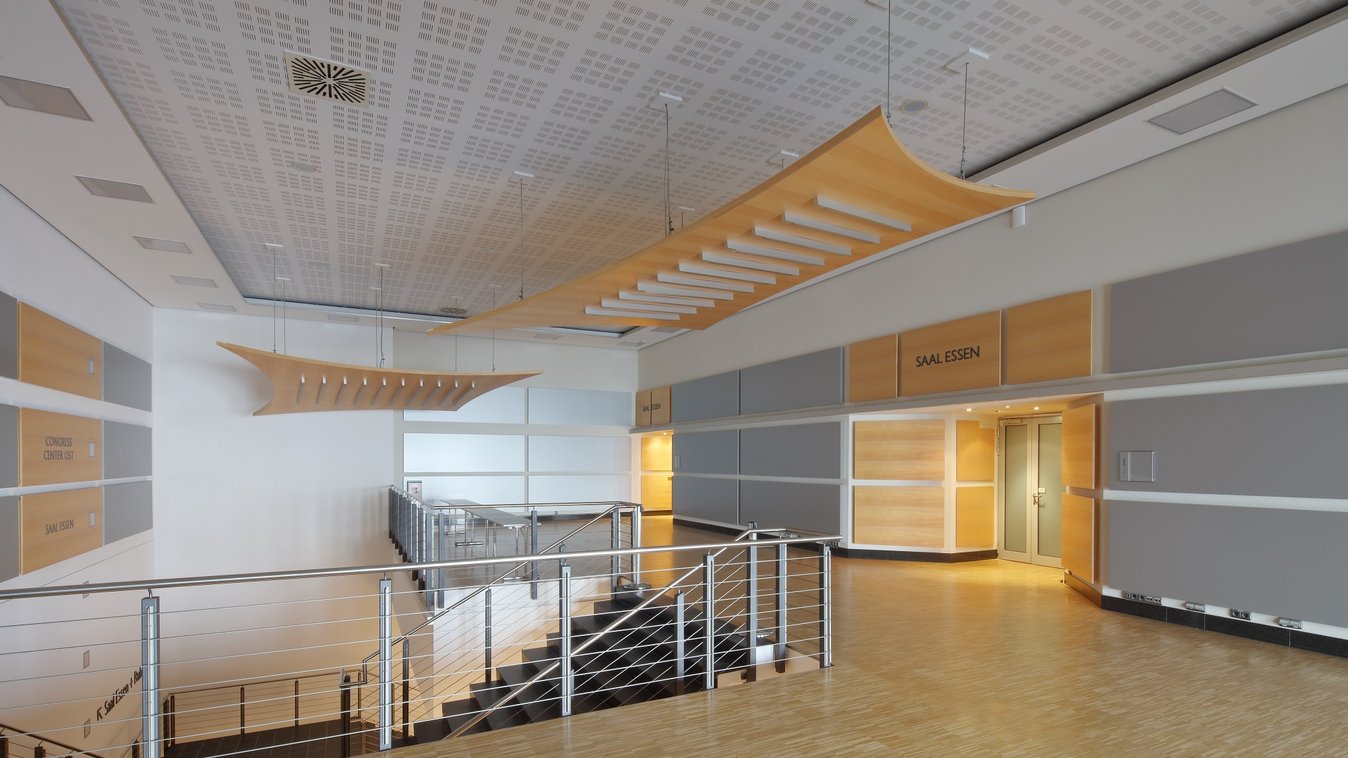 Implenia modernises the exhibition centre in Essen – a modern space for exhibitions and trade fairs is constructed in four phases during ongoing operations.

On behalf of Messe Essen GmbH, Implenia is modernising large sections of the exhibition centre at the Grugapark. The project is being executed by the Buildings branches Essen and Major Projects as general contractor. The major elements of the project are the demolition of the existing two-storey halls, and the renovation and modernisation of the other exhibition halls. The halls, along with ancillary spaces such as storage areas, technical control rooms. office spaces and communal areas, are being constructed as a turnkey project.

All in all, some 45,000 square metres of exhibition space were built, converted or modernised. Since various exhibitions and trade fairs were being held during the construction period, this required meticulous planning of the various workflows, as well as temporary structural solutions. These optimisations were carried out together with the subsidiary Building Construction Logistics.