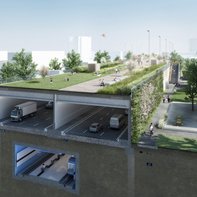 Construction of the new cut-and-cover tunnel with a length of 940 metres, a width of 30 metres and a height of 8 to 10 metres. 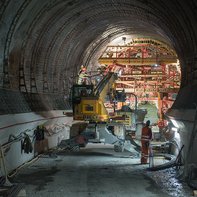 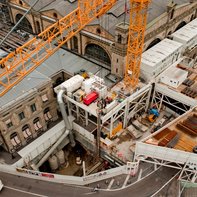 For the construction of the new cross-city link between Zurich Oerlikon and Zurich Altstetten, an access shaft was built at Bahnhofquai to act as the main starting point for underpinning the listed building in the southern… 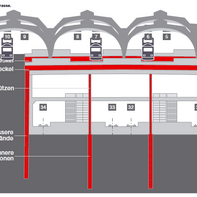 The new underground transit station at Löwenstrasse is the heart of the Zurich cross-city link. It was built 16 metres below the existing tracks during normal railway operations. This represented an enormous challenge for… 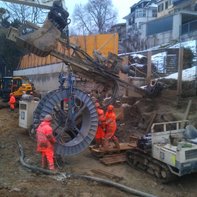 For construction of the new research and laboratory building GLC in the university district in central Zurich, the existing Hydraulics, Hydrology and Glaciology (VAW) building and the Gloriabar on Gloriastrasse were dismantled.… 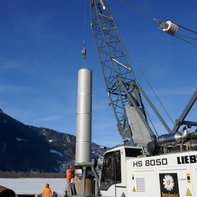 A new pumping station was built in the Panxwiesen district in order to increase the drinking water capacity of the municipalities of Malans and Landquart. 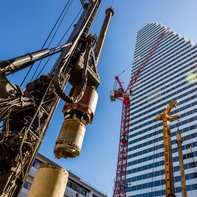 The joint venture for Roche Construction 02, consisting of the Foundation Engineering business unit of Implenia Switzerland Ltd. and BAUER Schweiz AG, was instructed by Hofmann – La Roche in 2016 to construct the excavation pit… 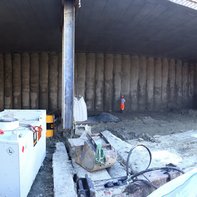 To expand the premises of K+D AG on the Schuppis industrial estate in St. Gallen, an extension featuring a four-level underground parking garage and five above-ground floors was built. 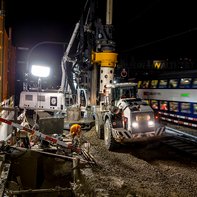 The expansion of Oerlikon train station is linked to the overarching SBB project for the Zurich cross-city link. In order to ensure that capacity can be increased sufficiently in connection with the cross-city link, two new train… 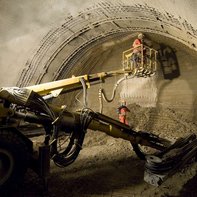 Construction of a two-track railway tunnel with a TBM.