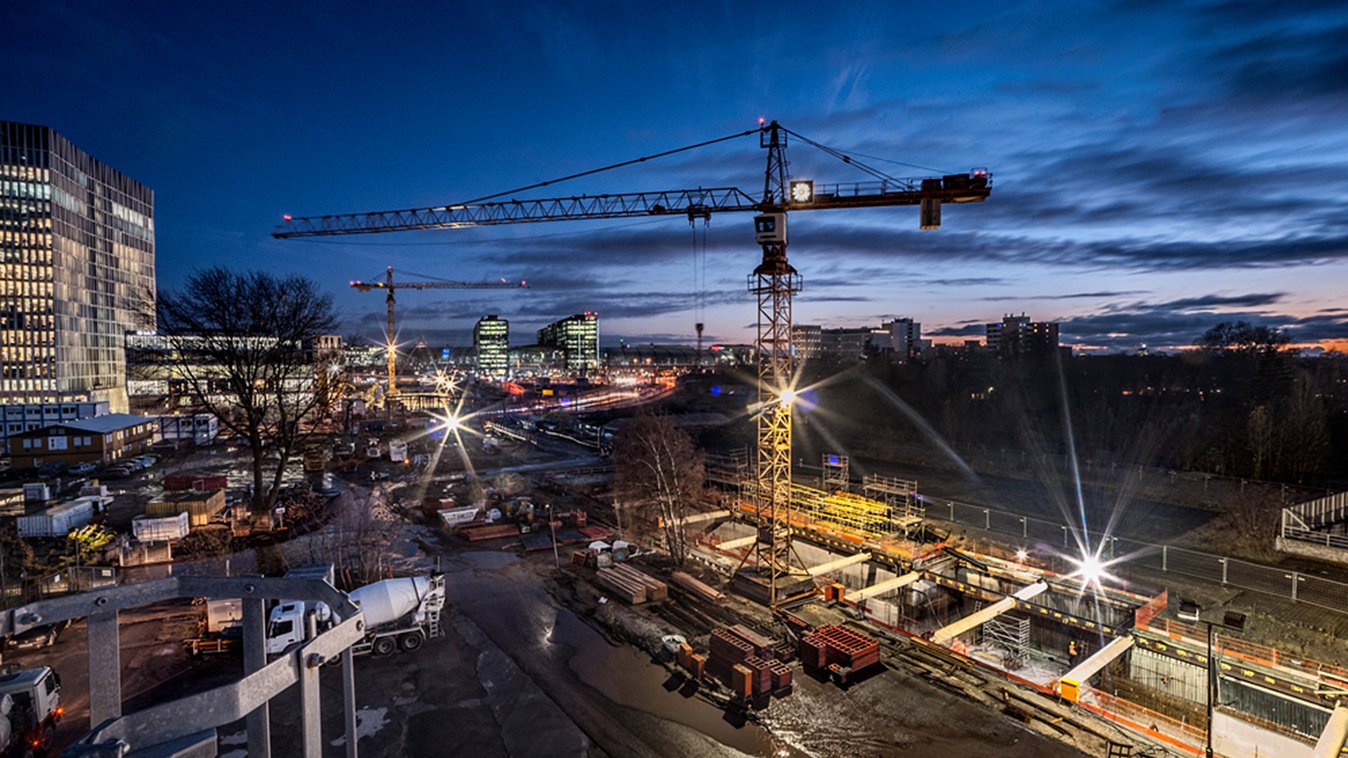 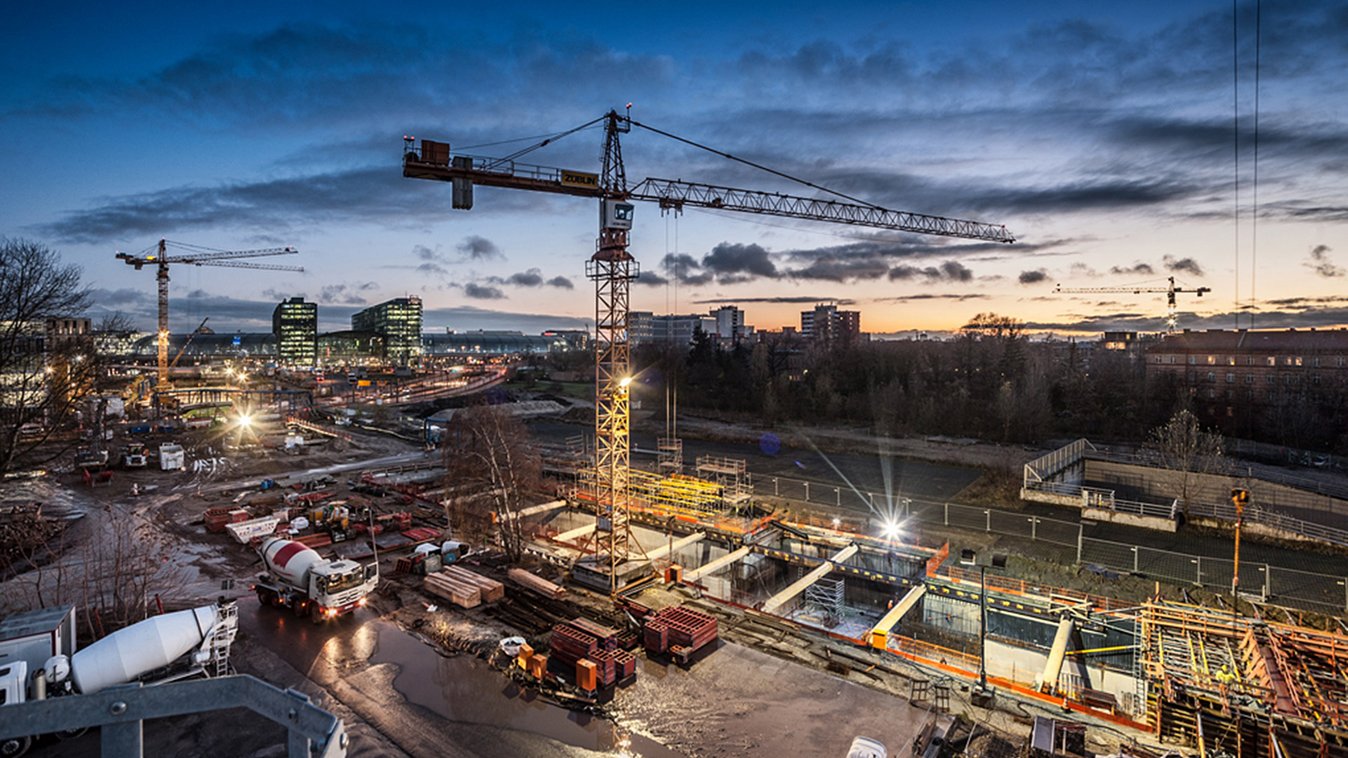 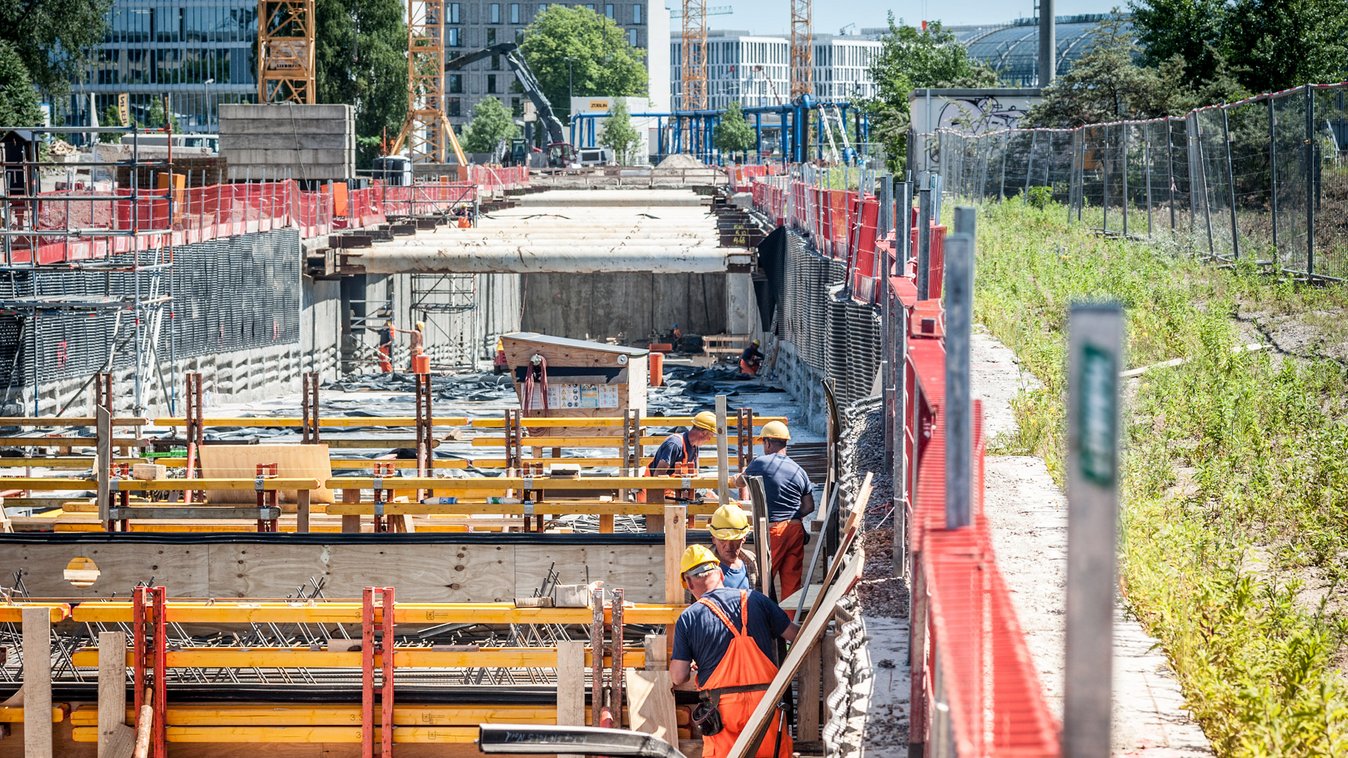 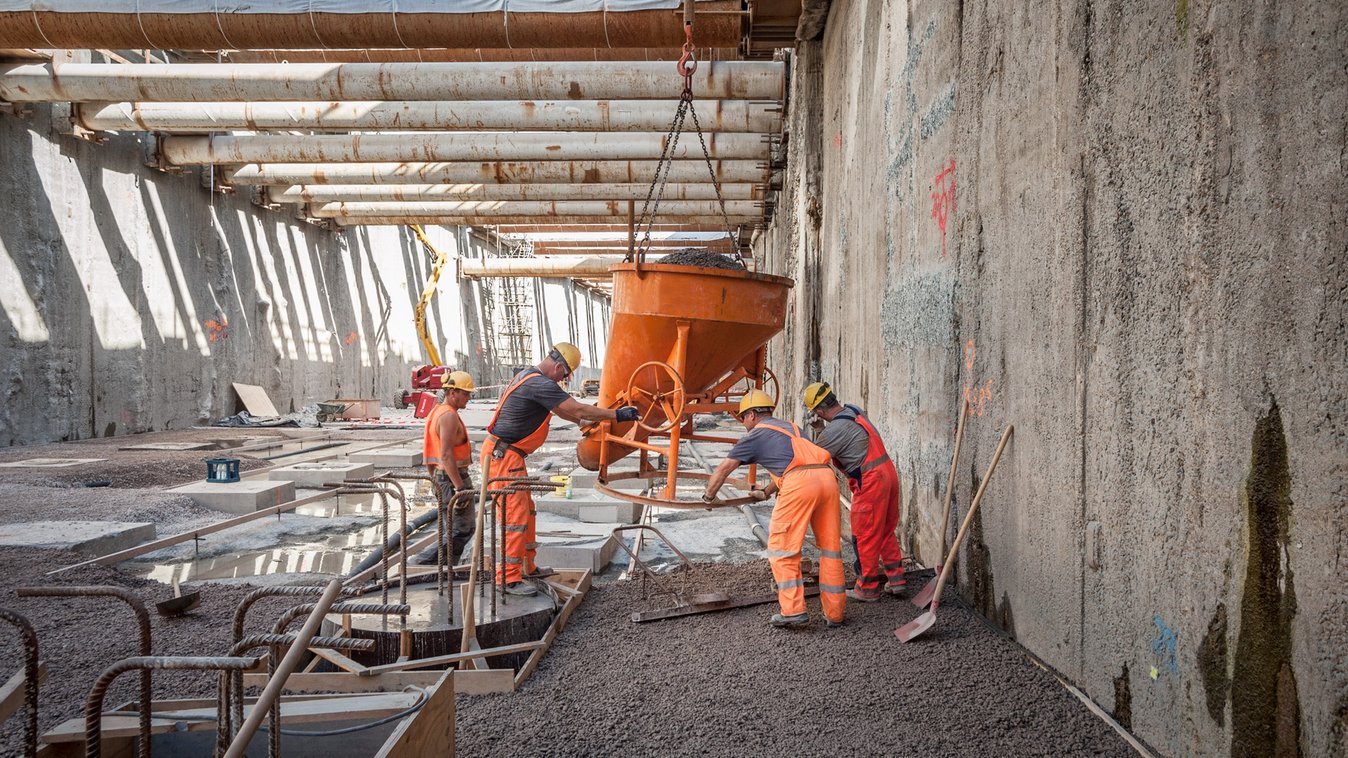 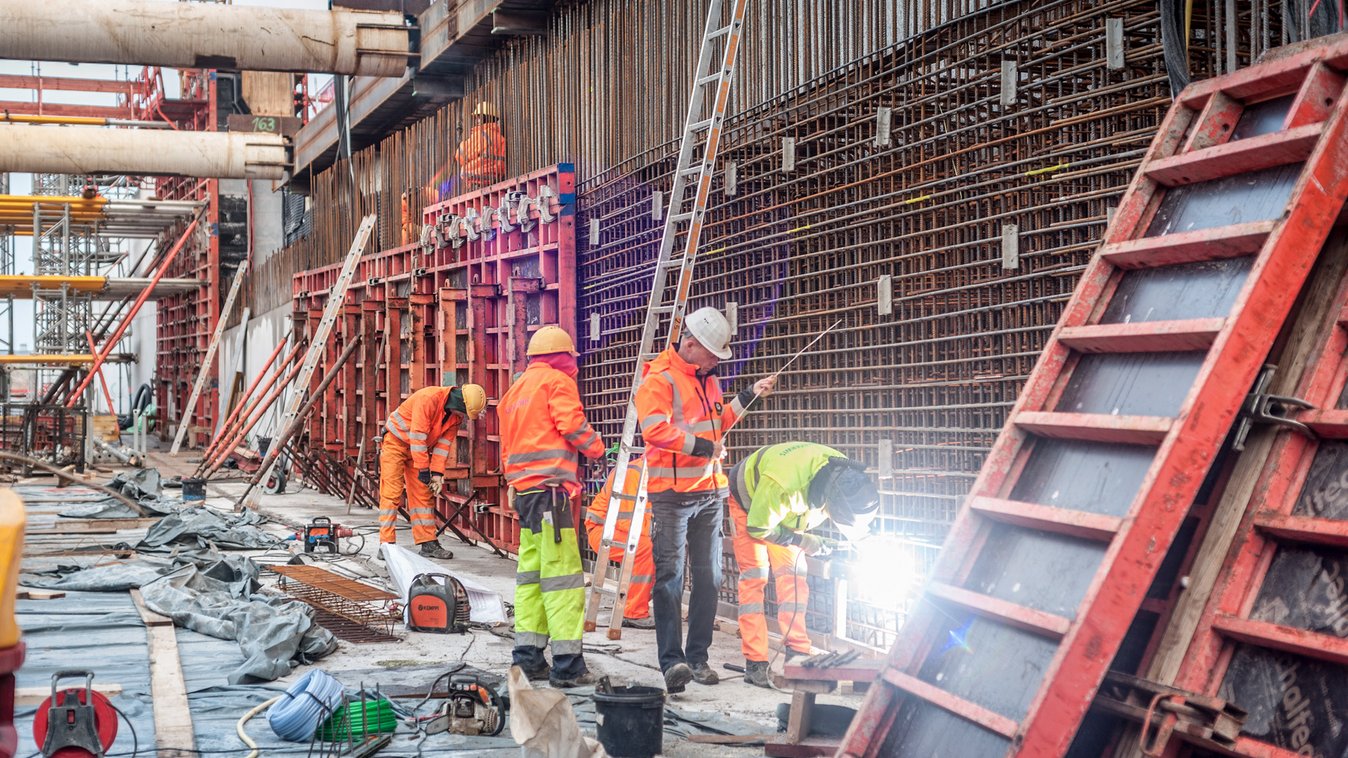 A new north-south suburban railway line for Berlin. In its first expansion phase, the line will connect the Westhafen and Wedding stations inside Berlin’s inner ring road with the main railway station.

The second expansion phase involves extending the line from the main station past the Reichstag to Potsdamer Platz. This means that the main train station will be connected to the city’s S-Bahn (suburban railway) network in the north-south direction too.

A joint venture under the technical leadership of Implenia (its predecessor company Bilfinger at the time the contract was awarded) was awarded the contract to construct the heart of the first expansion phase, an 800-metre-long trough and tunnel construction for the two-track S-Bahn line to the north of the main railway station. The contract includes all execution planning.

The work to be carried out includes the construction of a 609-metre-long tunnel that ends beneath the main train station, as well as a 191-metre-long trough construction that connects to the former in the north, including the associated excavation pits. The contract also includes traffic management during the construction period, the relocation of lines and cables, and roadworks.

The tunnel is largely being built using open construction methods, with cut-and-cover being used in some parts. The work on the tunnel and trough construction includes extensive foundation engineering.

The project is divided up into ten excavation pits / construction sections. These are mostly constructed  as closed, reinforced diaphragm wall boxes with an anchored underwater concrete base. Some of the excavation pits are existing structures that were created at an earlier stage by a third party. Part of the work includes developing these existing structures and integrating them into the new tunnel belt.

For one of the existing excavation pits, this requires special measures. Beneath the existing pit cover, excavation has to be carried out inside the excavation pit below the water level. Divers are used for this, as well as remote-controlled equipment normally used for offshore engineering, which has been specially modified for the cramped conditions.

The shell structure of the trough and tunnel sections is constructed from reinforced concrete according to special guidelines from Deutsche Bahn. In the platform area and the gangways, the architecture of the main station is to be provided with projecting ceiling elements and wide ceiling sections of exposed concrete.

In addition to the problems posed by the groundwater and the building site conditions, which are typical of construction projects in Berlin, another major challenge here is the situation involving the existing buildings and structures. Initial work for the S21 line was started back when Berlin main station was first built between 1995 and 2006. At the time, preliminary measures were taken for the future expansion of the S21. These now have to be used to complete the overall structure.

Creating the connections to these existing excavation pits, for instance underneath the busy Bundesstraße 96 or the bridge structures of Berlin main station, requires complex engineering solutions.