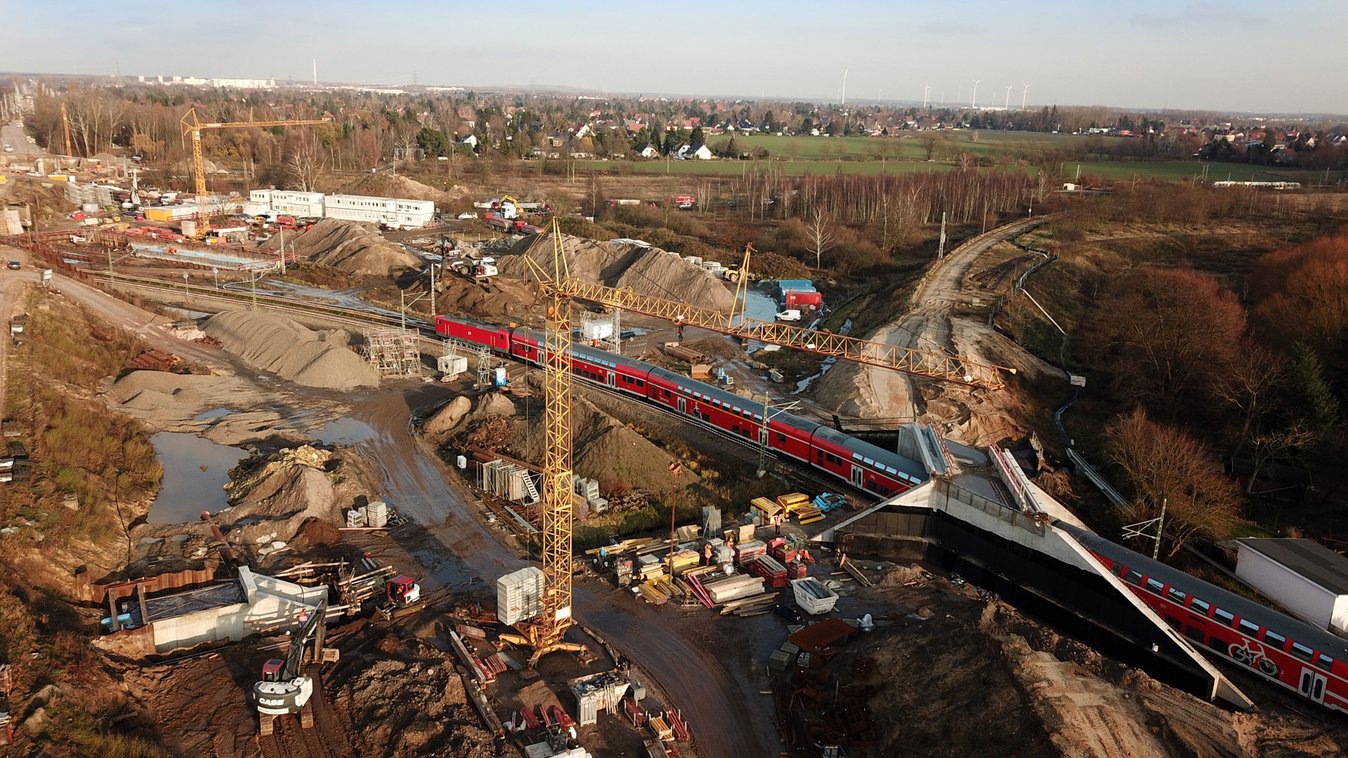 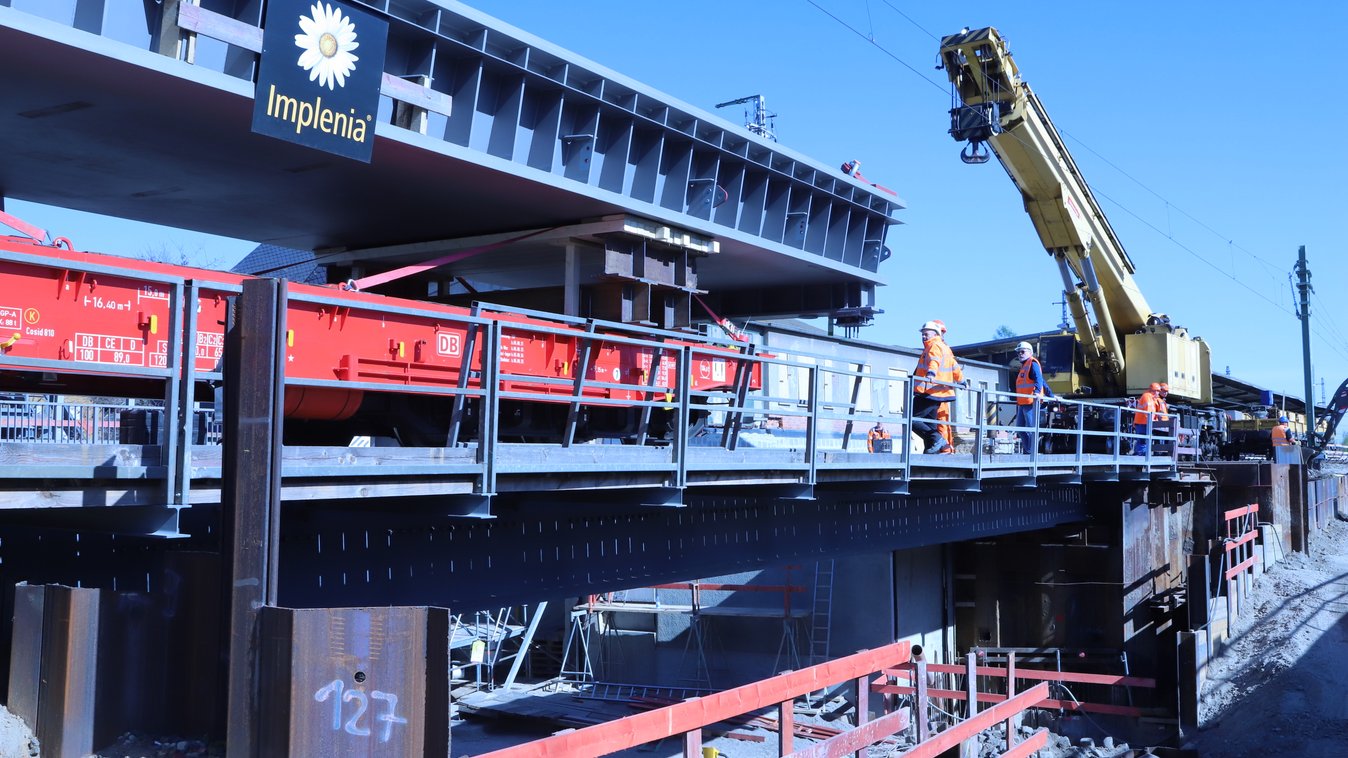 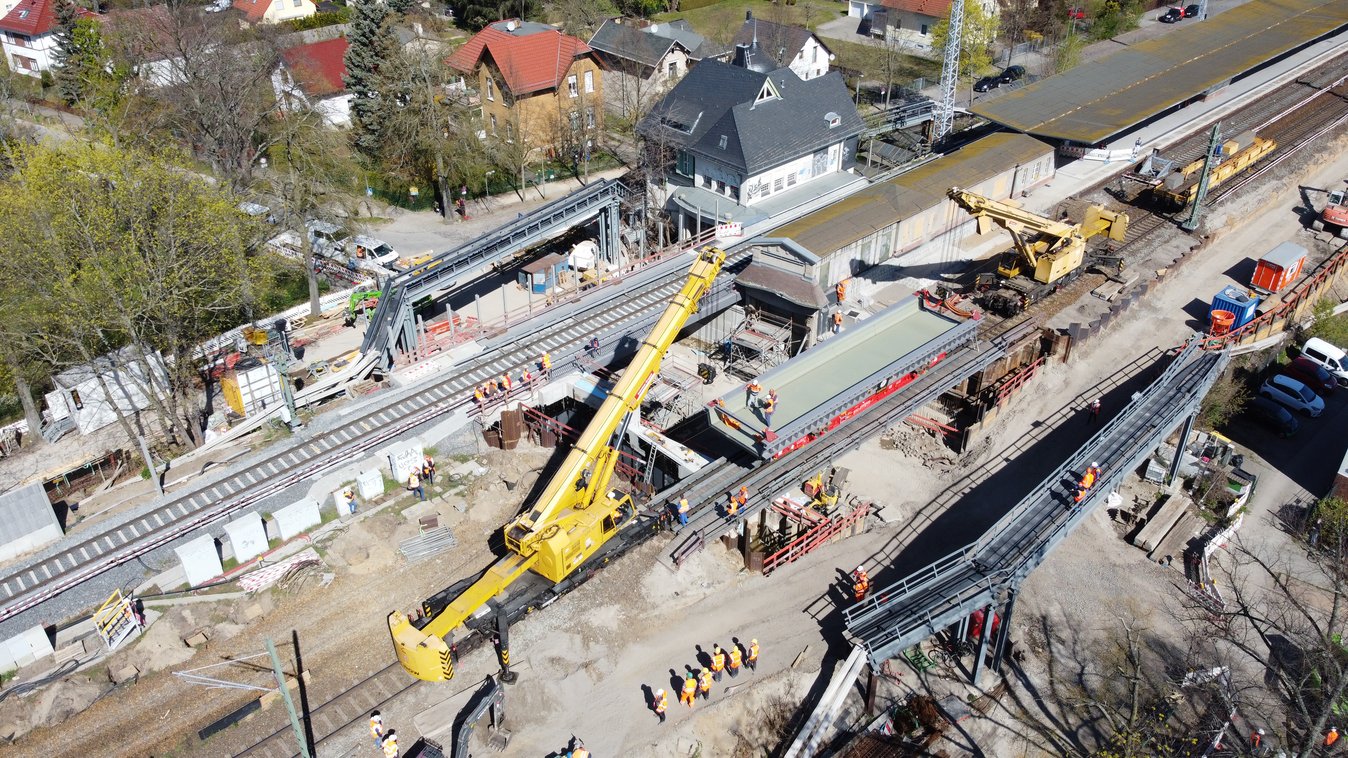 Two-track expansion of the mainline railway between Nordkreuz and Berlin-Karow station.

The Berlin Nordkreuz–Karow construction stage of the ‘Stettin Railway’ comprises the 3.1-kilometre-long two-track expansion of the mainline railway between Nordkreuz and Berlin-Karow station. In the second construction phase, the joint venture made up of the railway construction group and Implenia is replacing a total of eight railway overpasses, overhauling the overhead lines, installing the electronic signalling technology, and providing active and passive noise protection.

As part of the second construction phase, the consortium consisting of the railway construction group and Implenia will renew a total of eight bridge structures, each with up to four superstructures, rebuild the overhead line systems, install the electronic signal box technology and provide active and passive noise protection.

Various engineering methods are being used to construct the excavation pits and improve the condition of the building site, including sheet pile walls, bored piles, double-head anchors, jet grouting, underwater concrete, waterproofing injections and soil improvement. In order to ensure that railway services can continue to run, temporary bridges are being constructed and bypasses put in place so that the engineering structures can be created. In addition to this, excavation pits for moving work have to be constructed, framework structures moved, building shells created and concrete poured. The logistics of the construction process have been built around the line closures and railway operations.

The owner has set up an ecological construction monitoring body. In cooperation and coordination with this body, wide-reaching measures for protecting the local flora and fauna are being implemented.