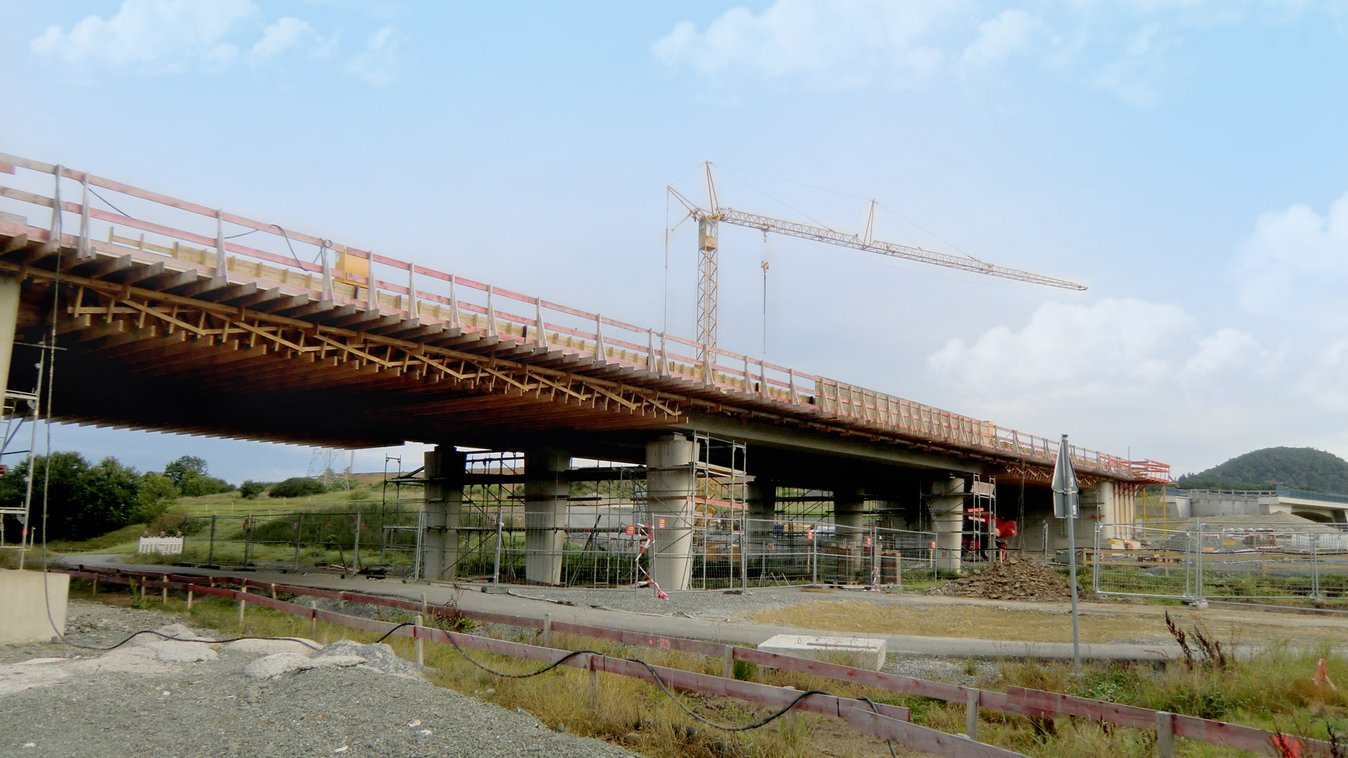 New construction of bridge 4-2 on the B 289 over the non-electrified two-track railway line between Bamberg and Hof. This structure is part of the planned Untersteinach bypass (Kulmbach district).

The bridge structure is a three-span, double-girdered T-beam bridge that is prestressed in the longitudinal direction. The work to be carried out involved elevating the arch 1.2 metres then lowering it, all while railway services continued to operate.

The foundations for this bridge are 32 in-situ concrete bored piles with a diameter of 1.2 metres that extend to depths of twelve to 14 metres.