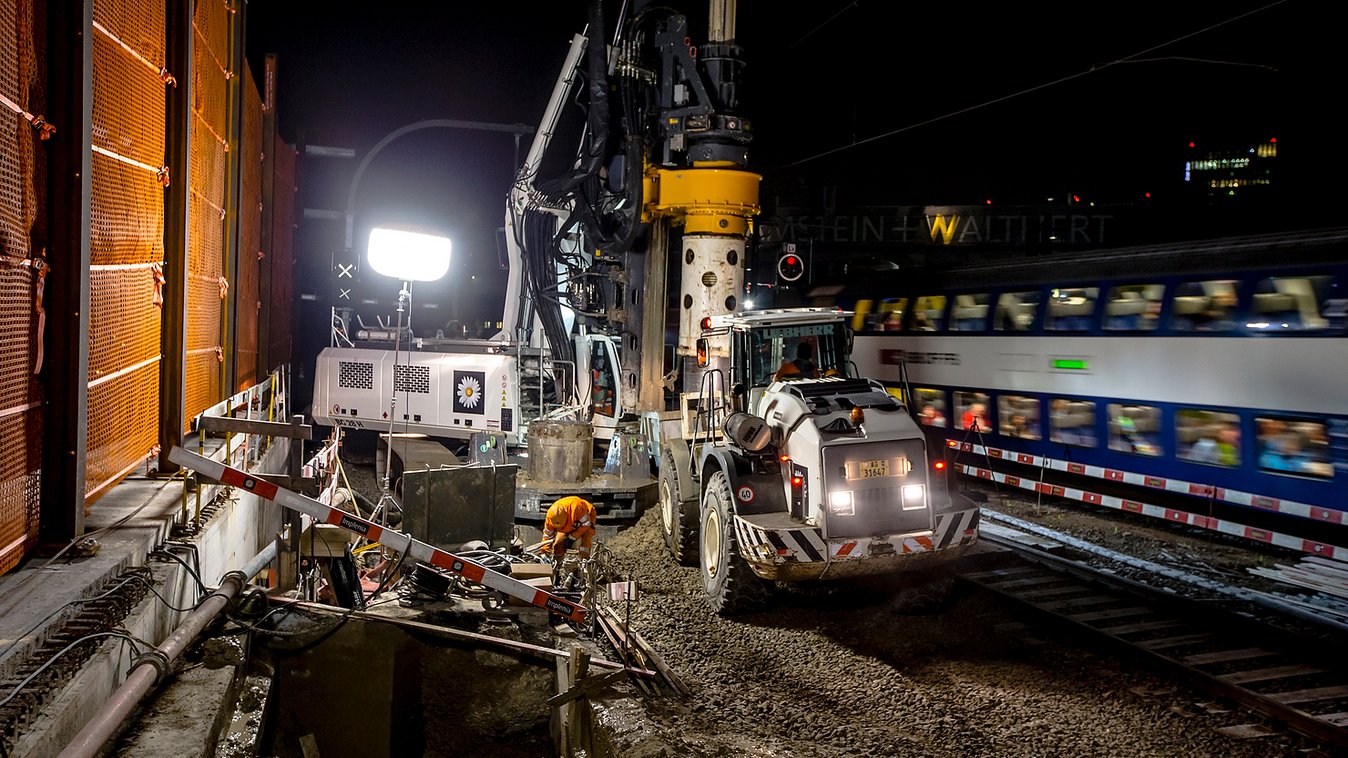 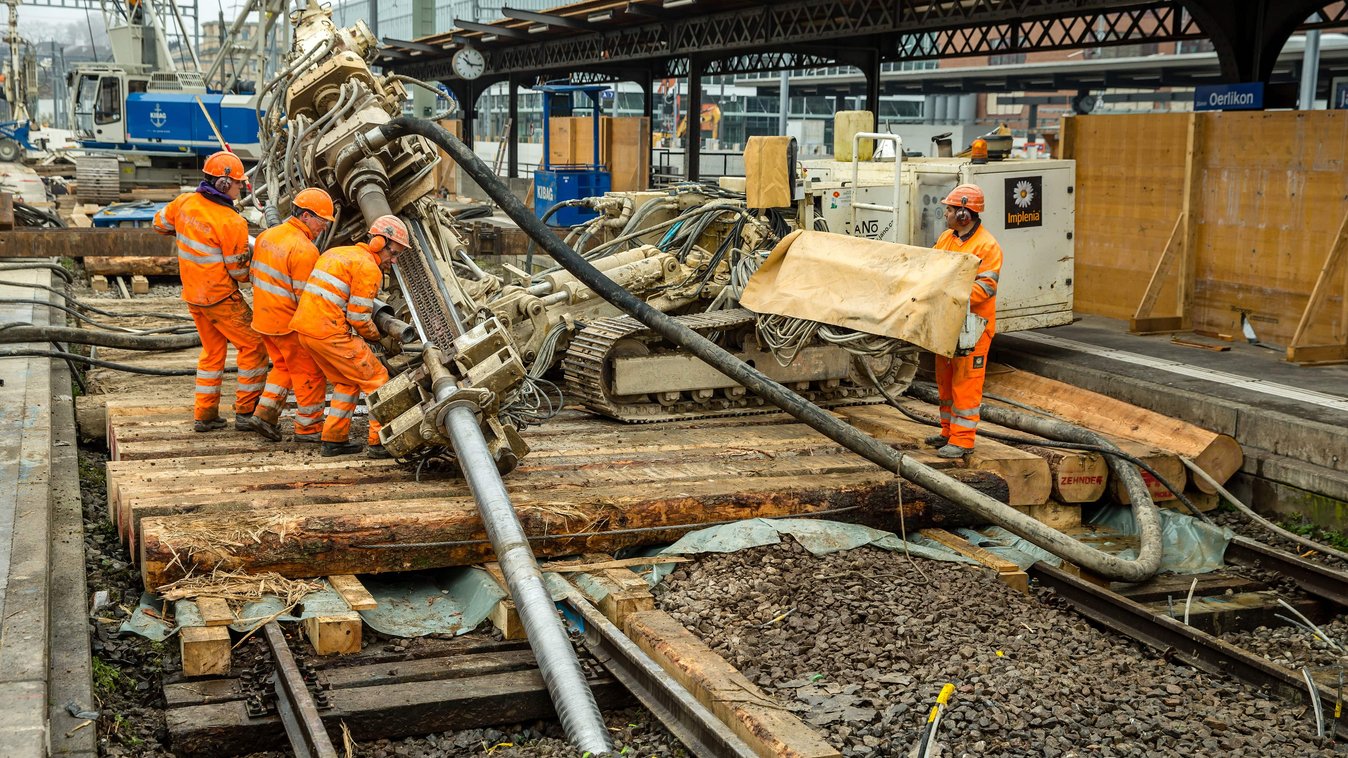 The expansion of Oerlikon train station is linked to the overarching SBB project for the Zurich cross-city link. In order to ensure that capacity can be increased sufficiently in connection with the cross-city link, two new train tracks and a 150-metre-long retaining wall are being added to Oerlikon station. In addition to these expansions, modifications are also being made to the existing construction. The bridge over Schaffhauserstrasse is being renewed, while all pedestrian access routes and underpasses are being enlarged. New retail spaces in the underground commercial centre beneath the station are also being added.

The excavation pit is braced mainly by means of an anchored retaining wall and shotcrete, with non-tensioned anchors in the head sections. The static loads of the new bridge are transferred through bored piles and temporary loads are directed into the ground via micropiles. Jetting columns were used to brace the excavation pit and to improve the structural stability of the existing bridge abutments.

Construction work carried out during ongoing railway operations and in very limited space.