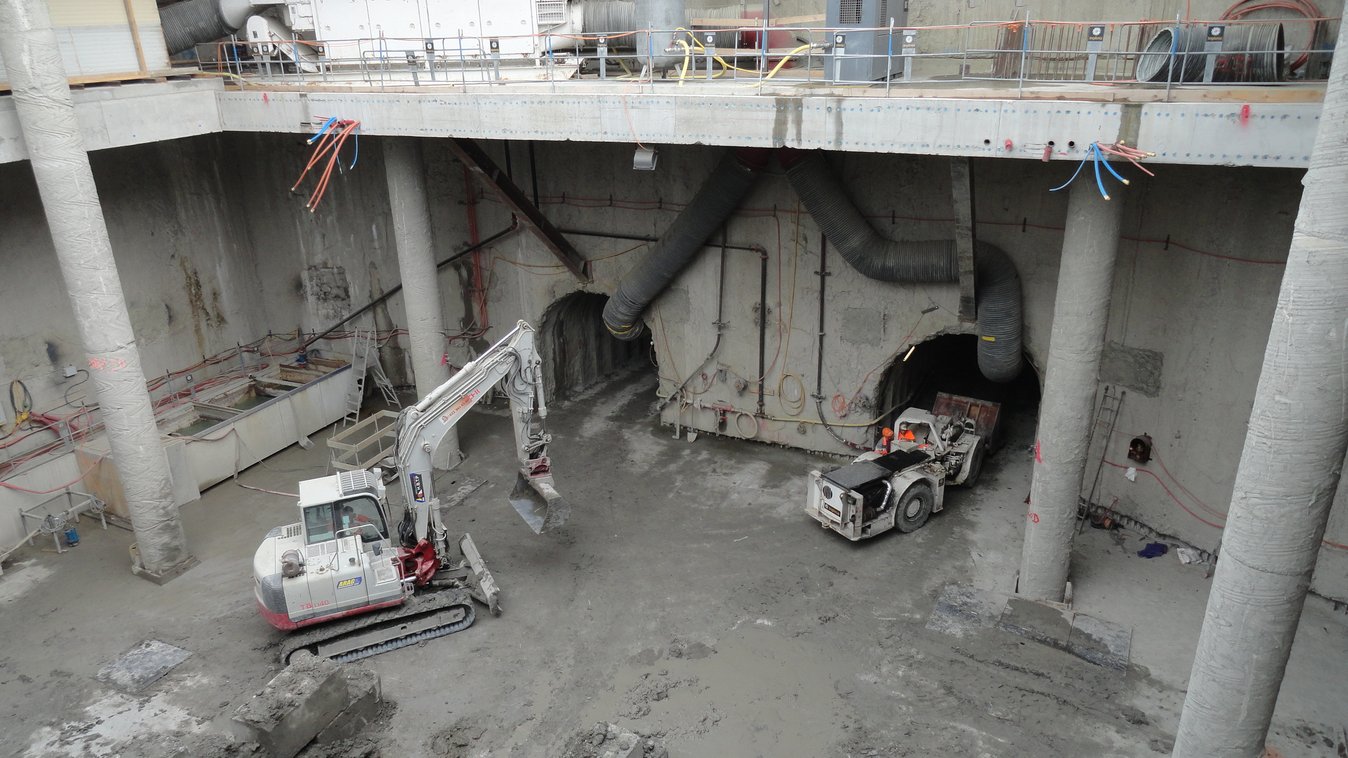 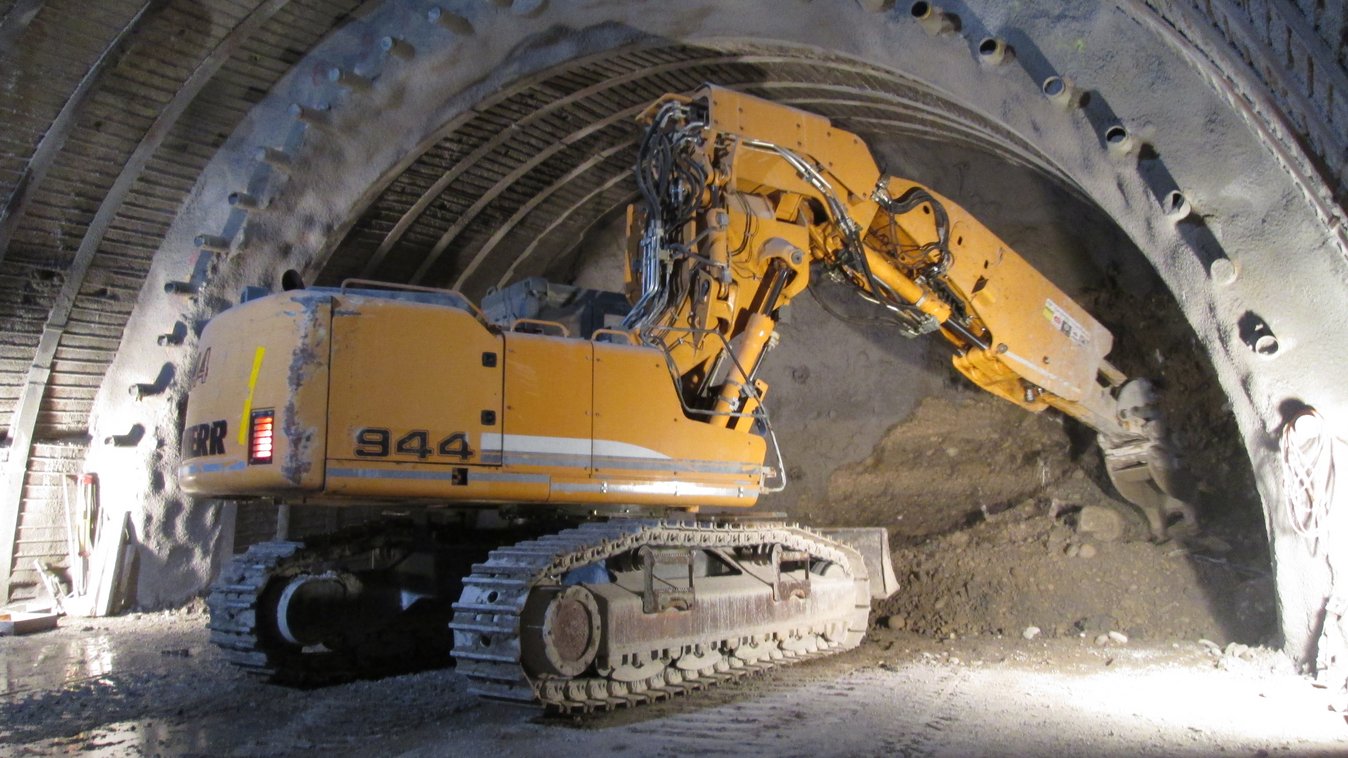 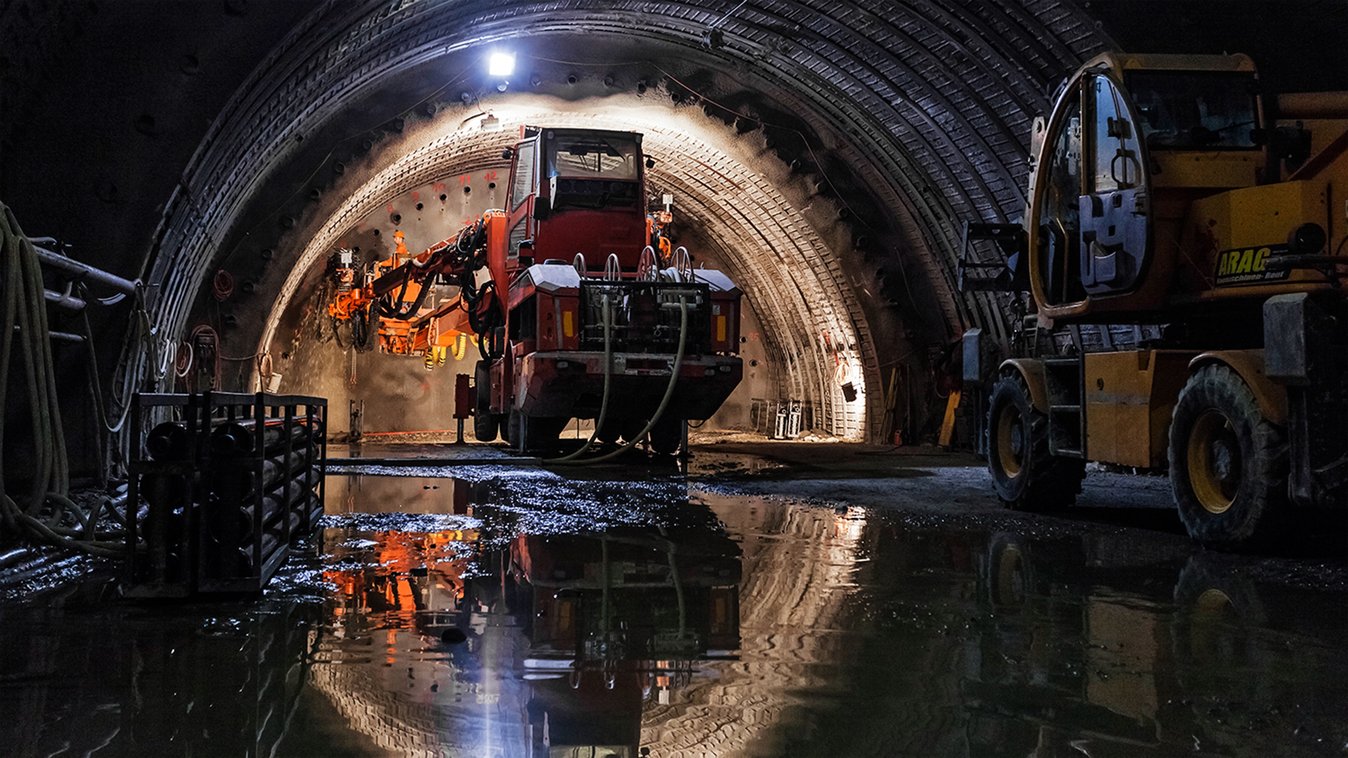 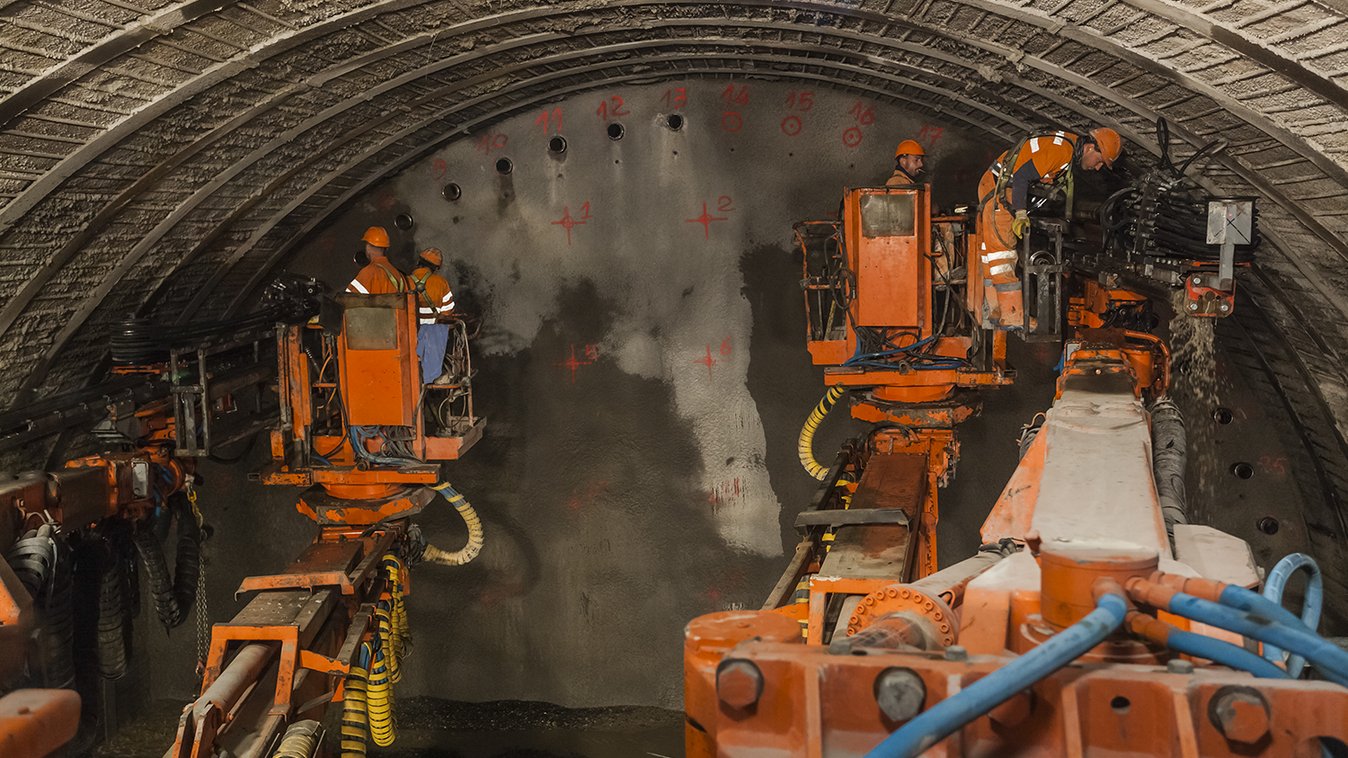 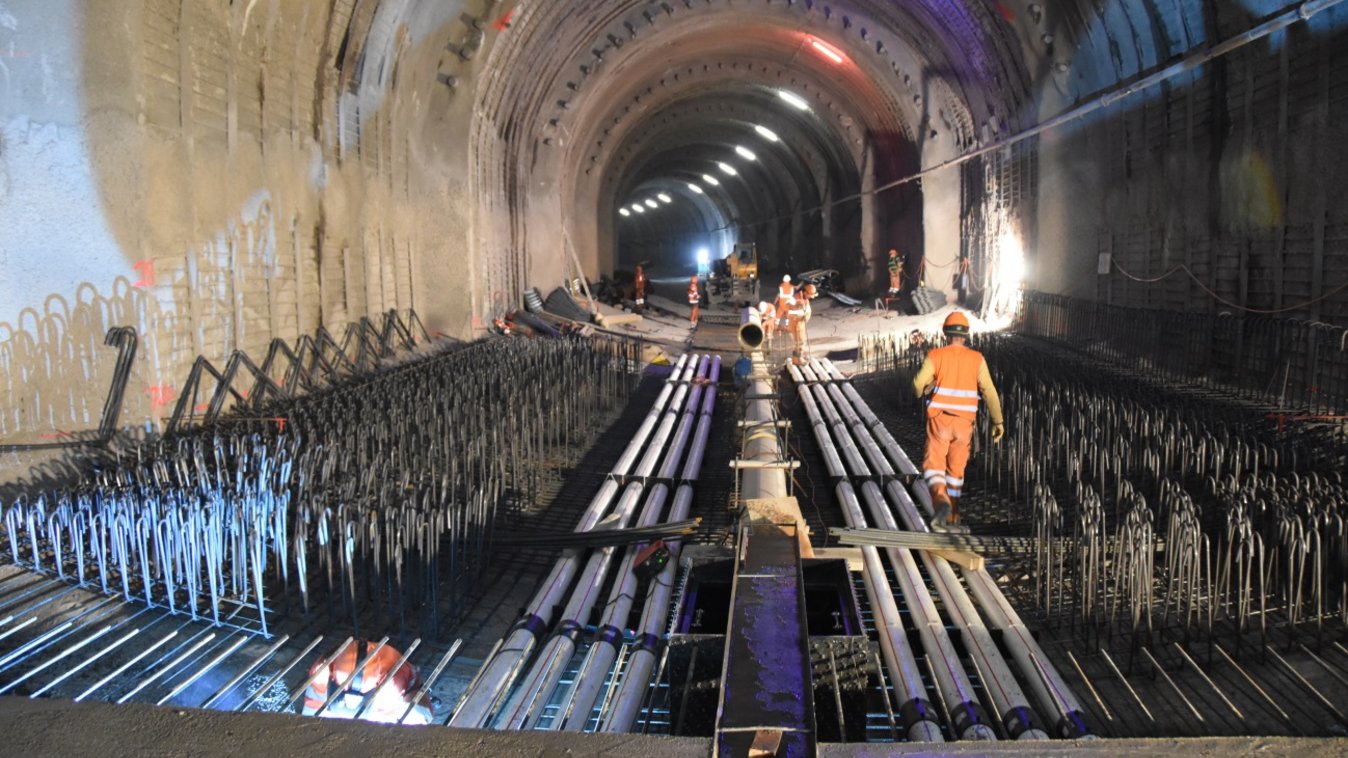 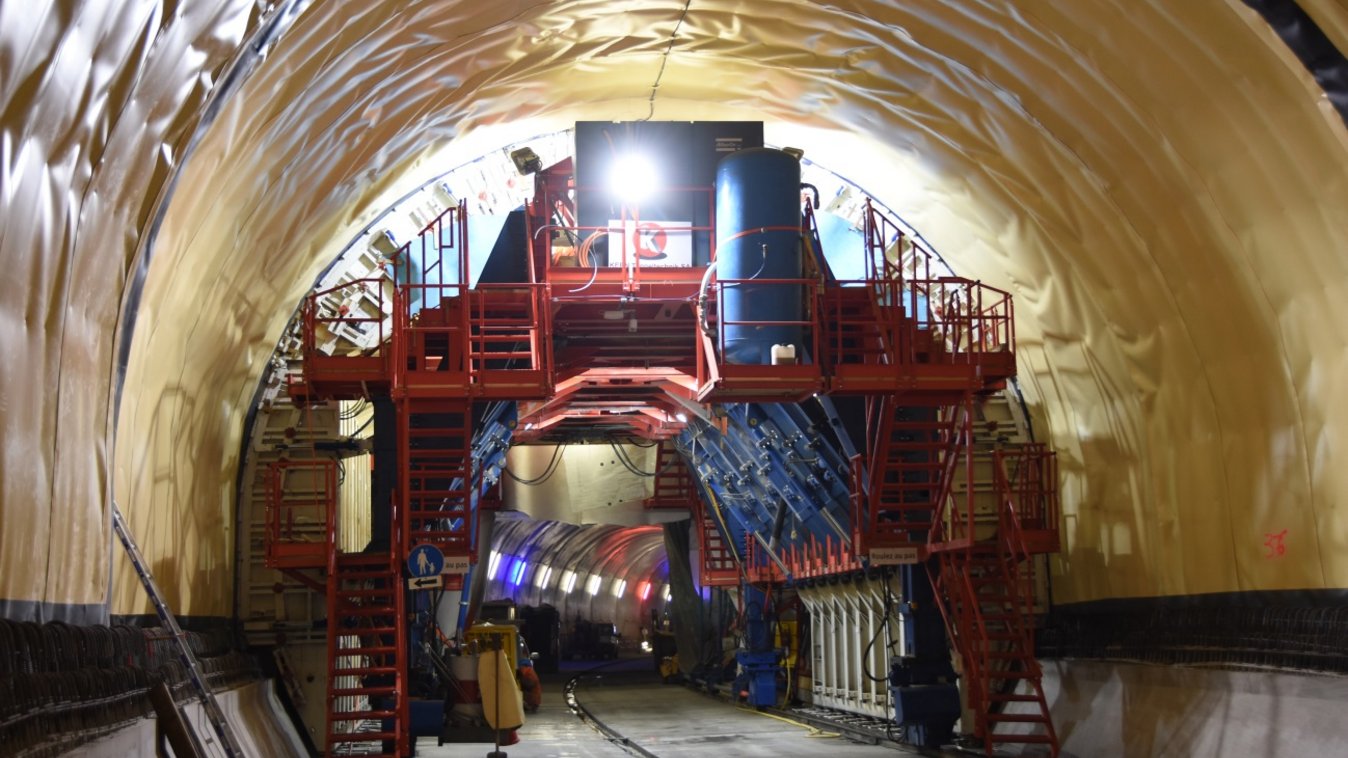 The new CEVA railway line (Cornavin – Eaux-Vives – Annemasse) links the SBB network in Switzerland to the SNCF network in France and is a key part of Geneva's RER service. The CEVA route section is divided into seven sectors. Lot 23.12 includes part of the new Carouge-Bachet underground railway station and the cut-and-cover tunnel on the Fontenette side, which has a length of 85 metres. These two structures are linked by a two-kilometre-long tunnel that crosses the Plinchat plateau, surfacing near the Arve valley after the section of cut-and-cover tunnel.

The geology, the low level of cover and the urban location of the construction site mean that extensive, systematic supporting measures are required. These include tunnelling using the top heading and bench method, installing a pipe umbrella and anchoring, using sprayed shotcrete and formwork, and, in some places, digging a tunnel heading. In order to bore through the loose ground, a tunnel boring machine was used and both sides were excavated at the same time. The section below groundwater level was waterproofed prior to excavation using jet grouting columns and injections. The wells and the cut-and-cover section required significant amounts of special work, such as diaphragm walls, bored piles and sheet piling.
Before the concrete was poured, the structures were waterproofed with polyolefin sheets. The haunch foundations were then constructed.

Lot 23.12 is situated in an urban environment. Because of this, there are several restrictions concerning protection against noise and dust that must be adhered to, such as no surface construction work after 7pm. Part of the tunnel and the cut-and-cover section are situated in the groundwater of the Geneva region. This means that special techniques such as jet grouting and impregnation are required in order to complete construction in this fragile protected area.
For the tunnelling work from the Bachet side, logistics are a major challenge. While the tunnel is being excavated, it is only accessible via a shaft with the aid of a crane, which can only be used between the hours of 7am and 7pm.
Traversing the Drize river, with low coverage of just five metres, required additional supporting measures such as a double pipe umbrella.

The alkaline washing water from the mixing trucks is collected and reused several times. Safety inspections are carried out regularly with an internal safety committee made up of workers at the construction site, while brief safety training sessions are provided every two weeks.