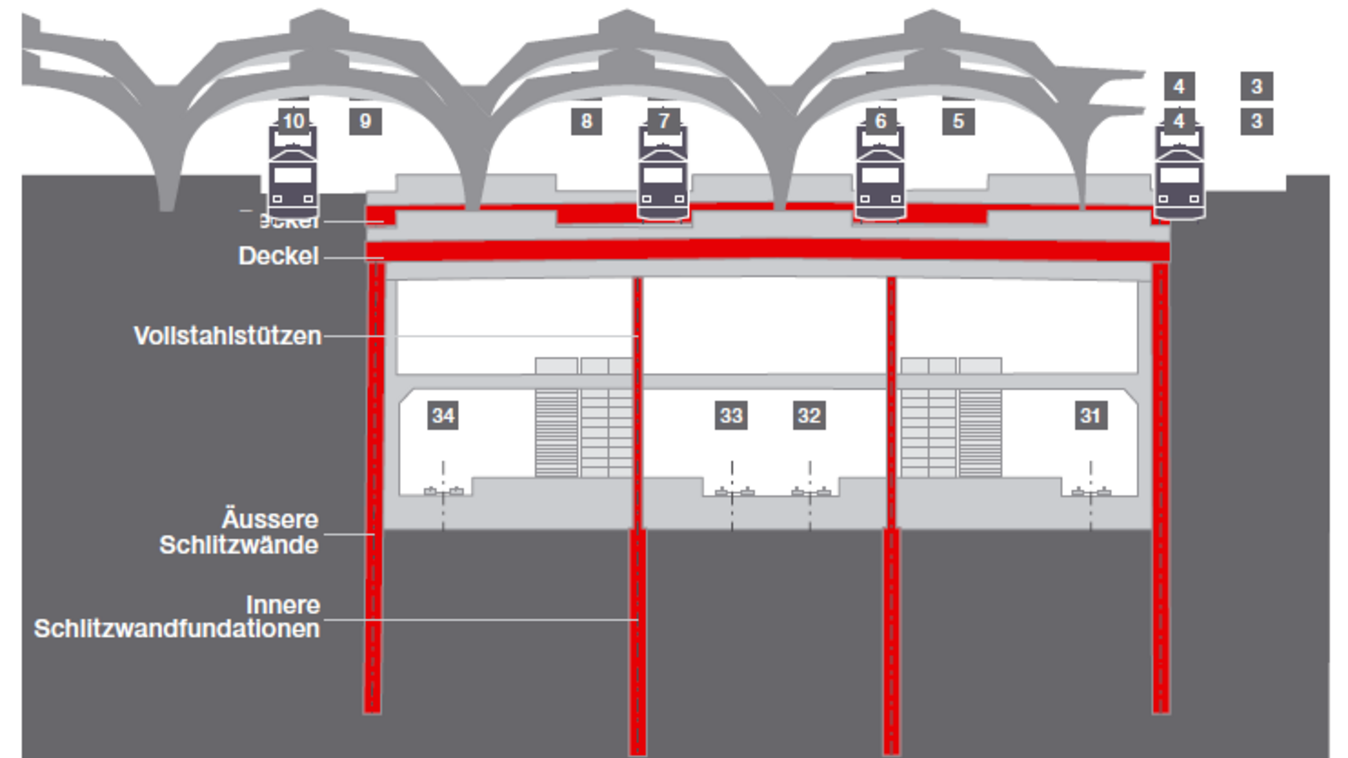 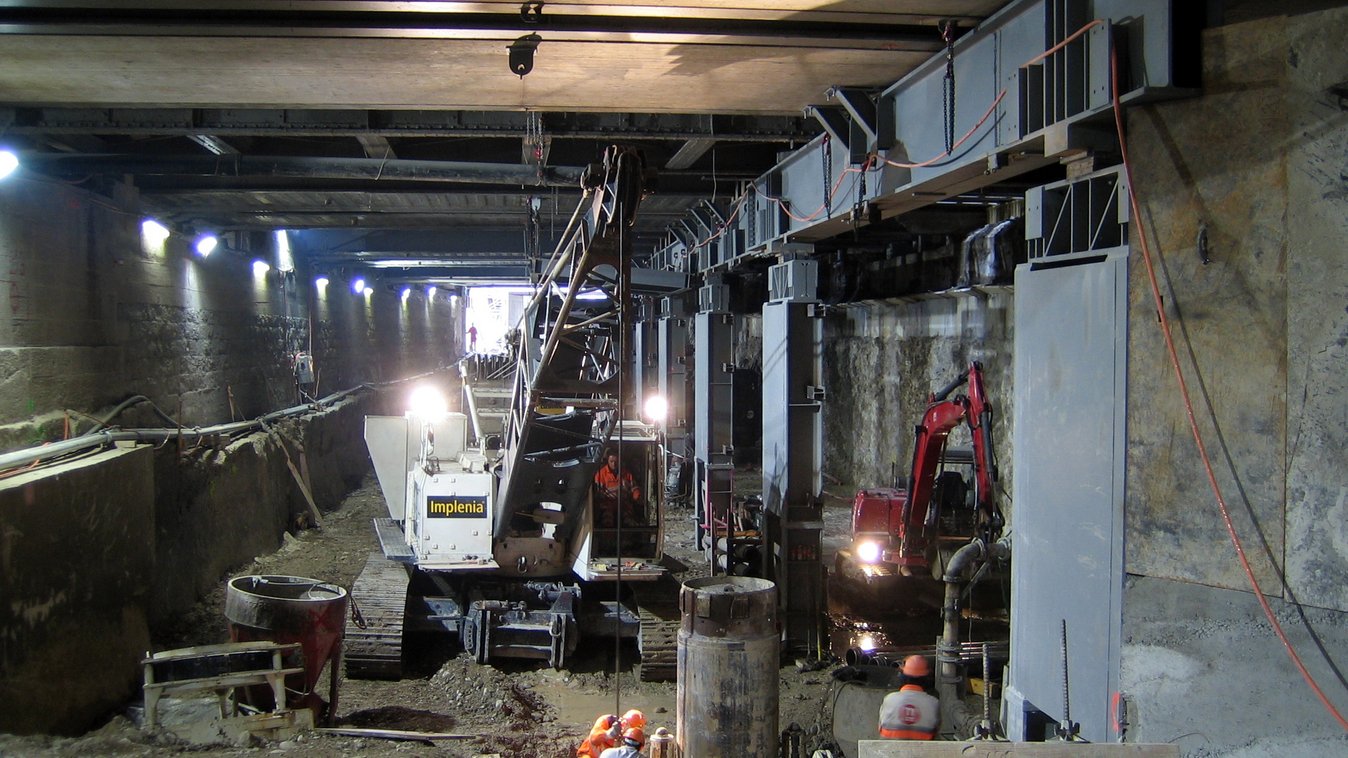 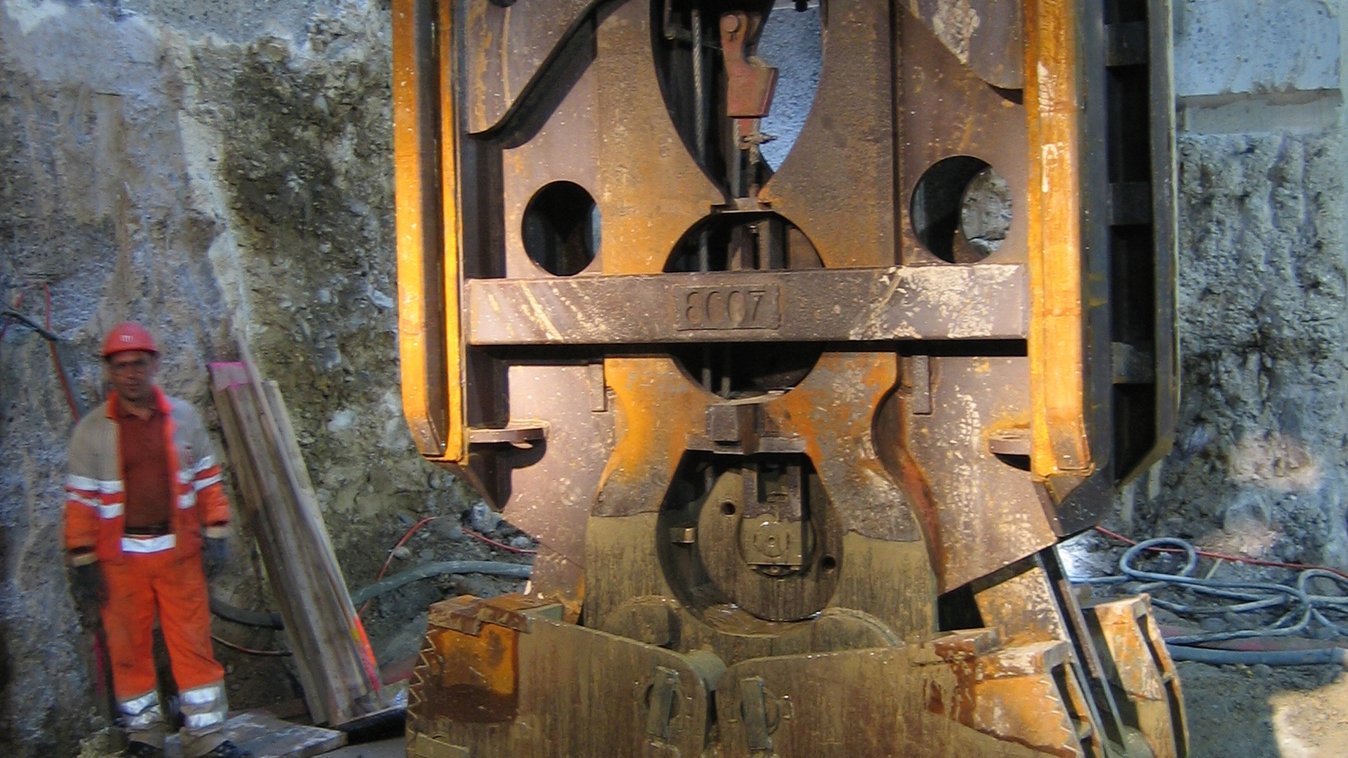 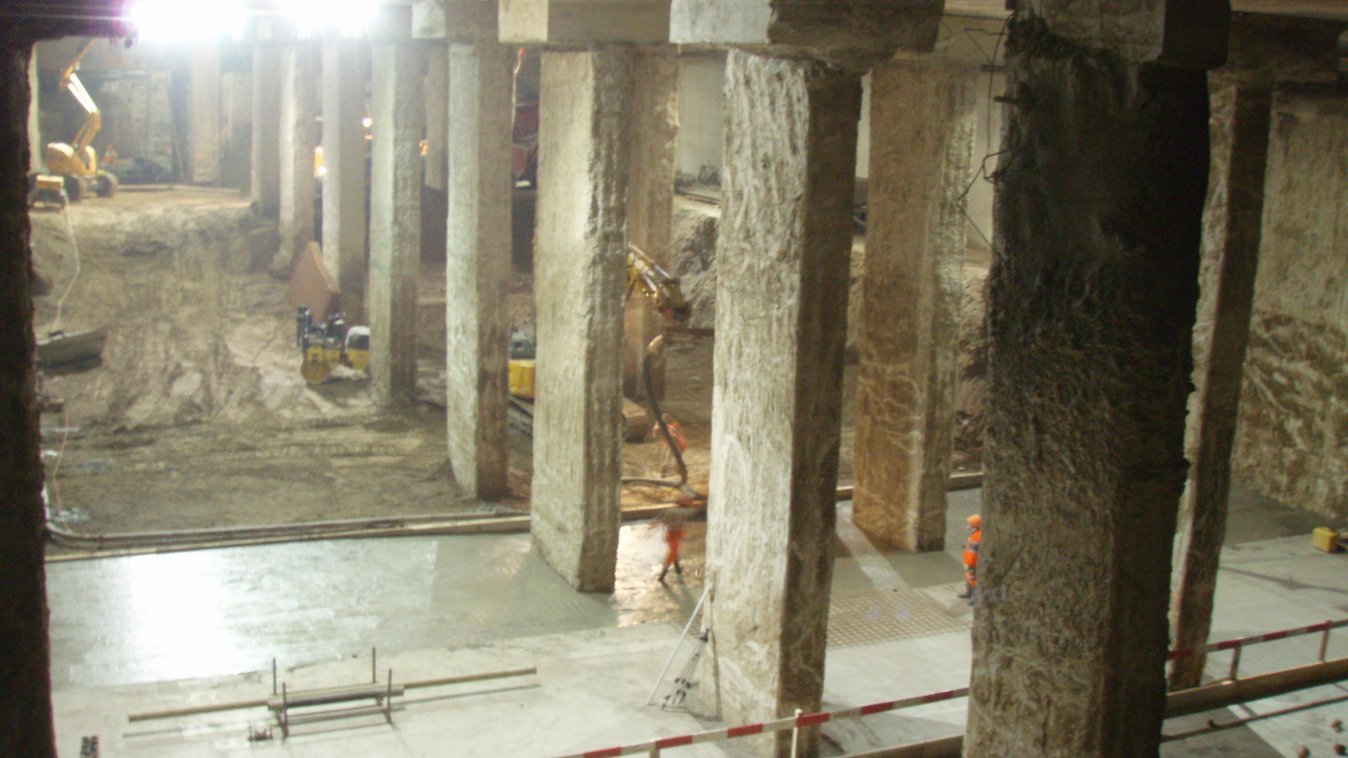 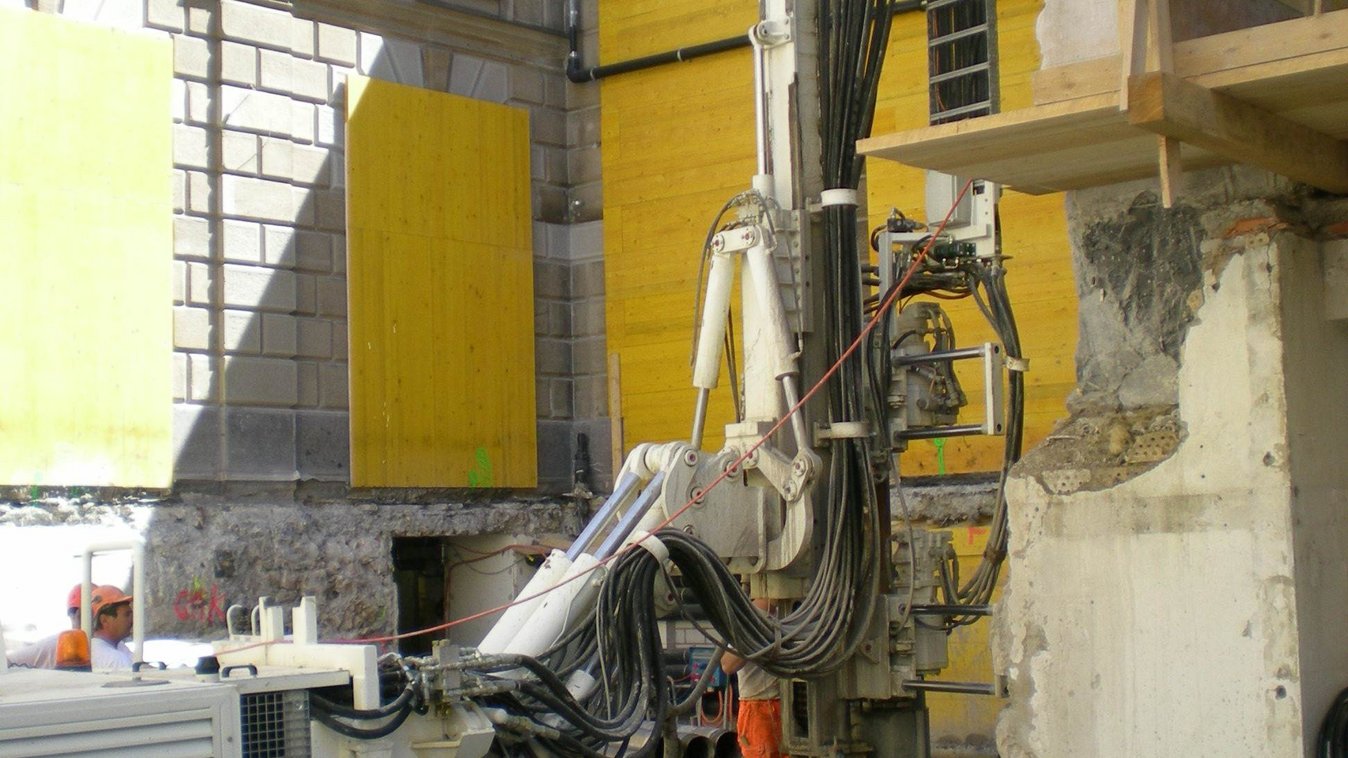 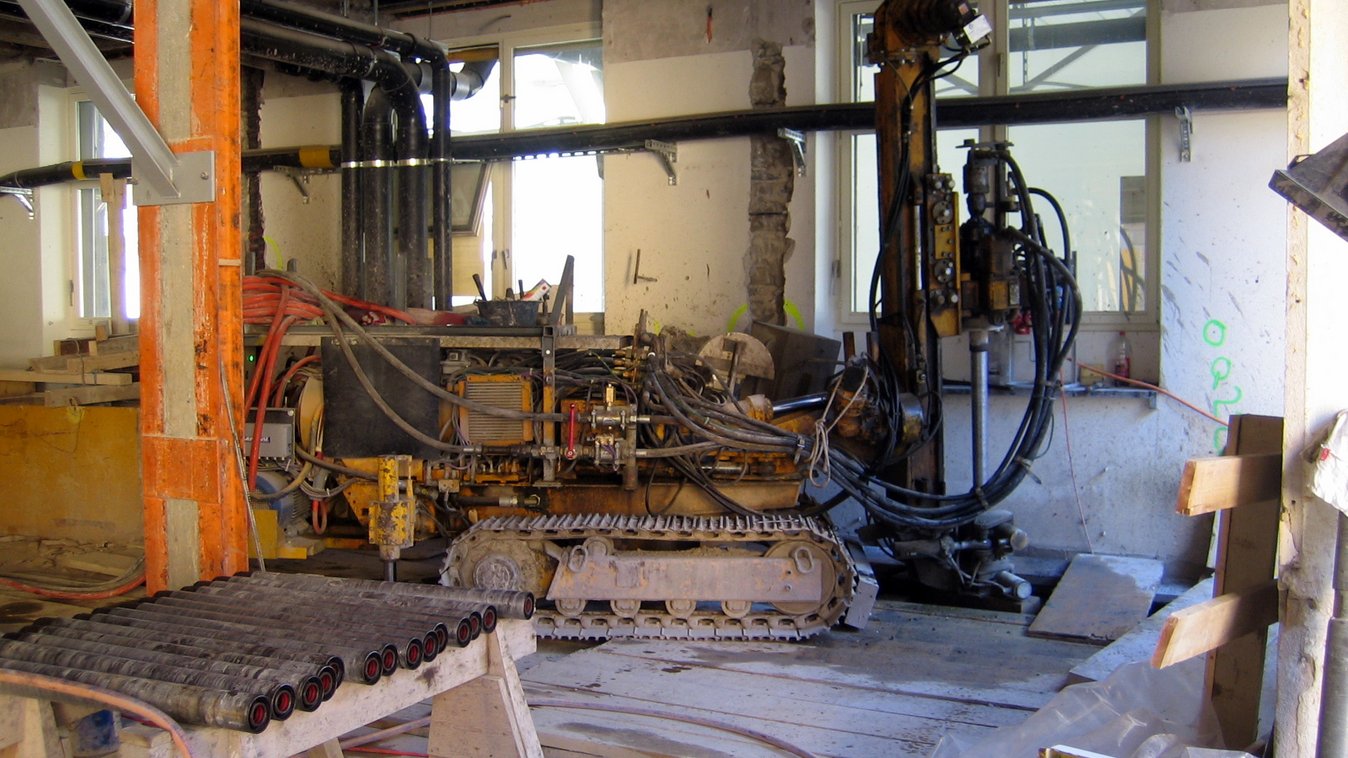 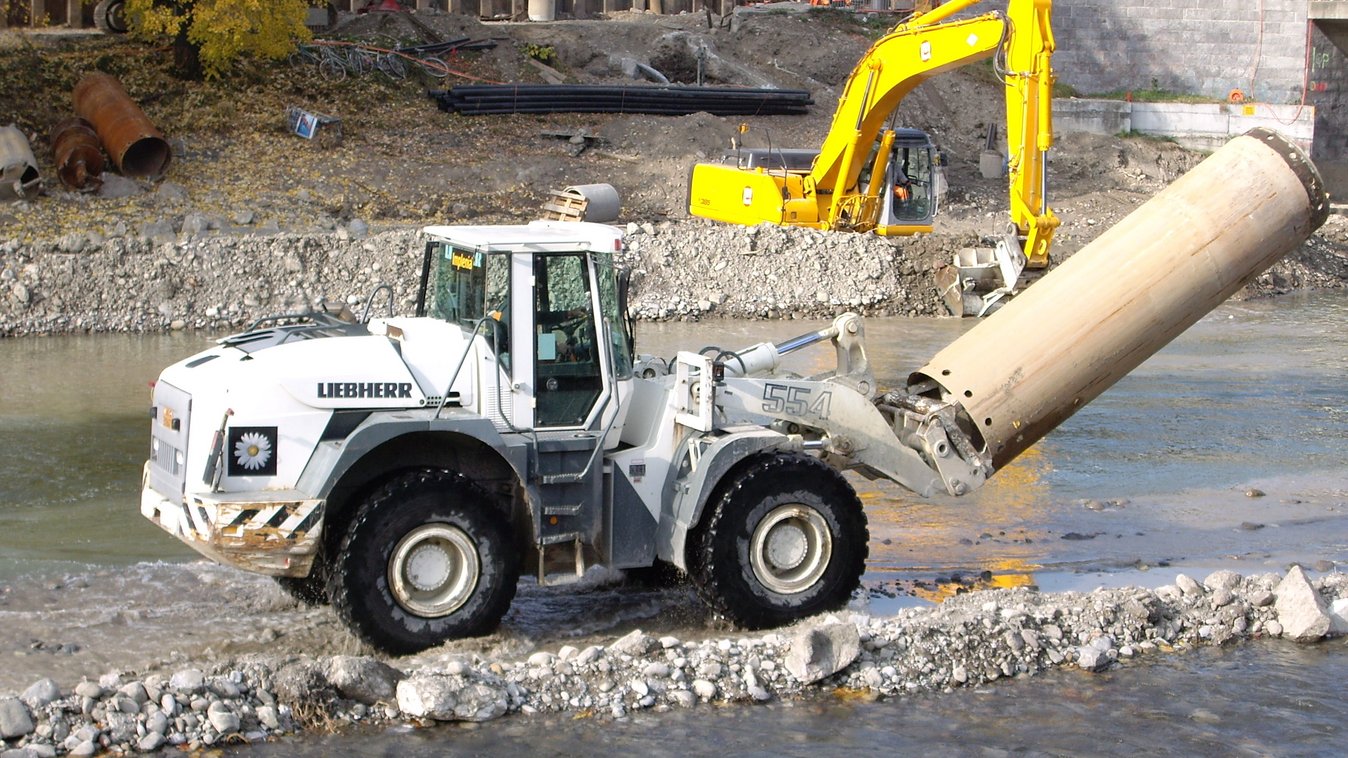 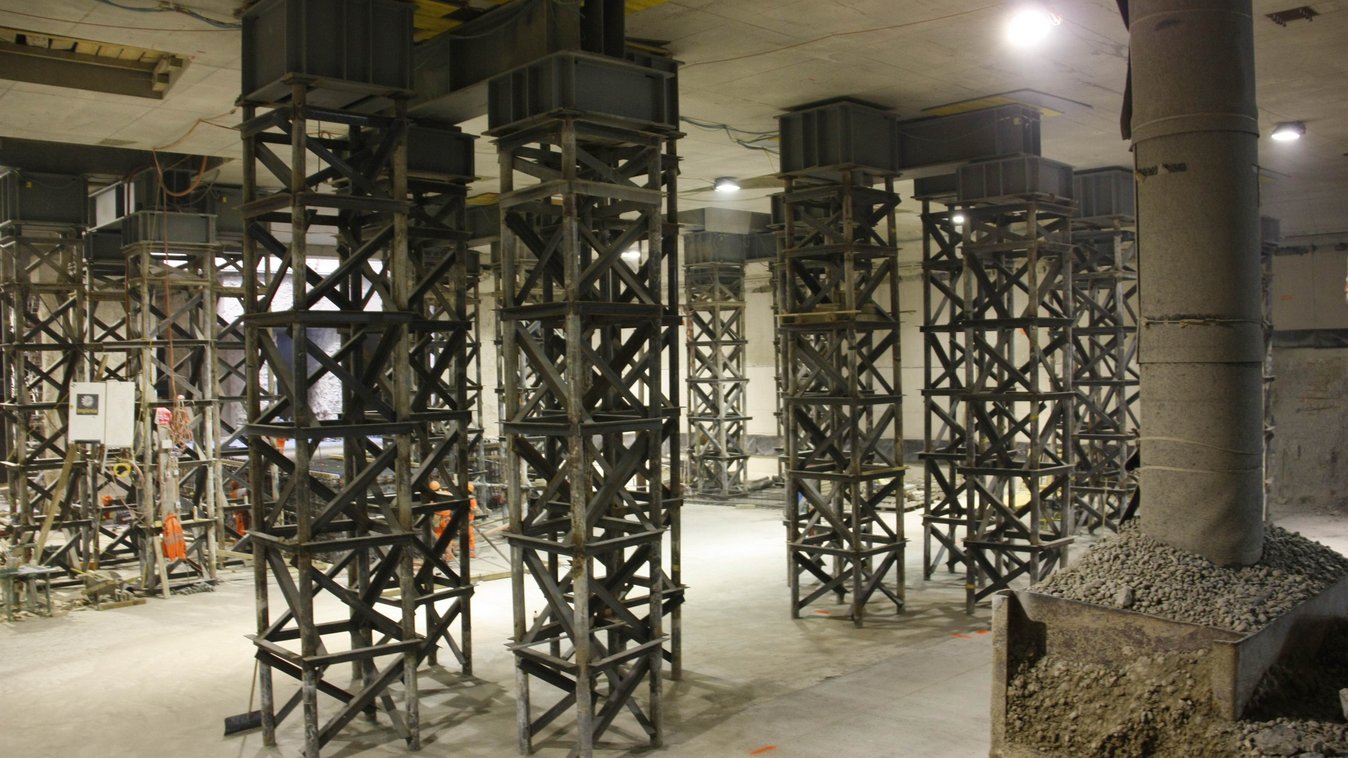 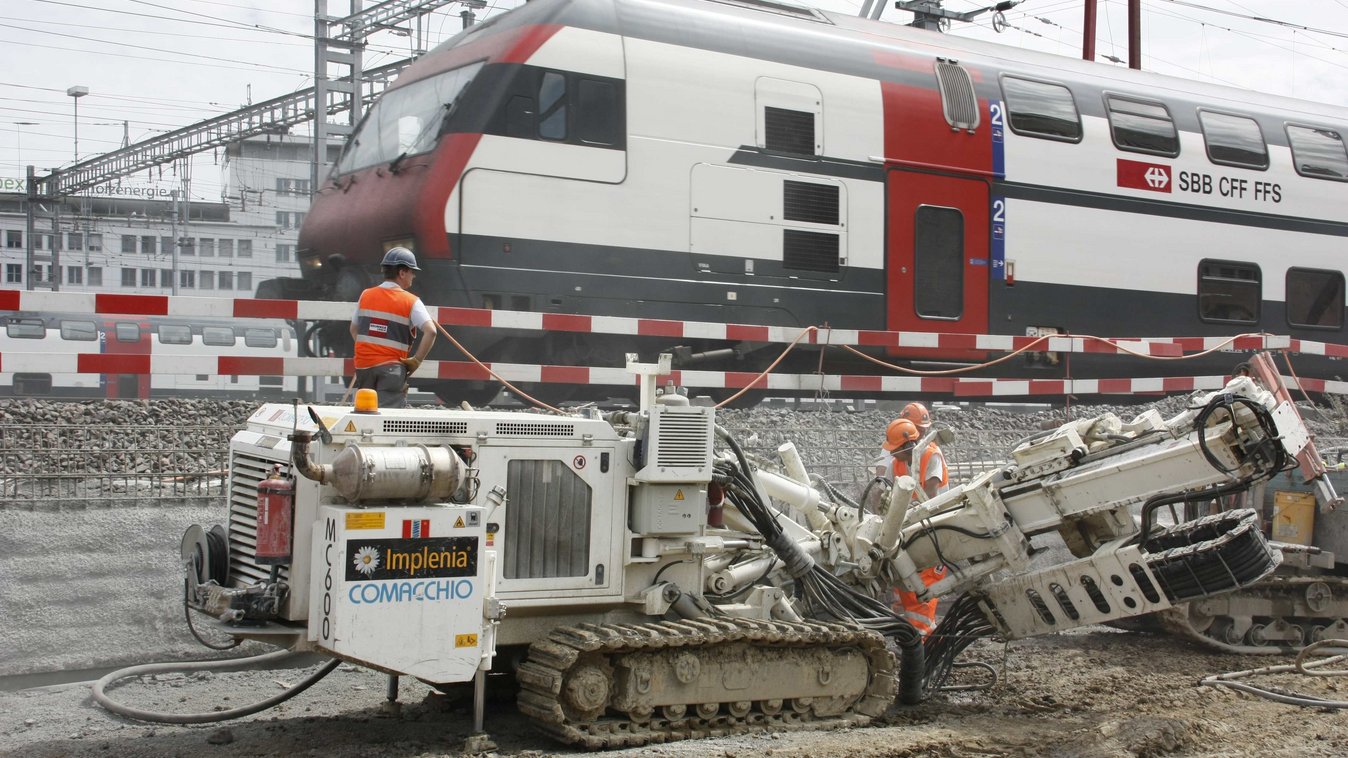 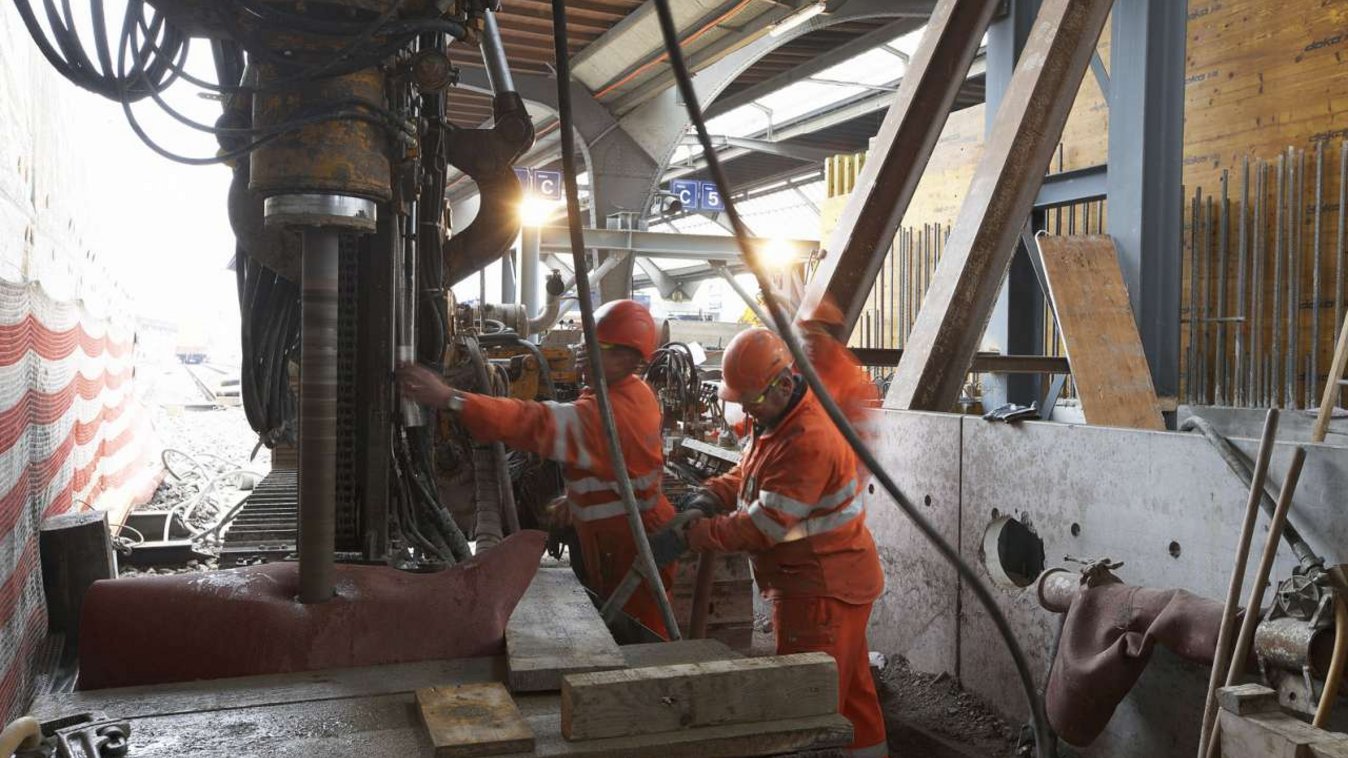 The new underground transit station at Löwenstrasse is the heart of the Zurich cross-city link. It was built 16 metres below the existing tracks during normal railway operations. This represented an enormous challenge for everyone involved.

In order to ensure that operations could continue while work was carried out on the underground train station, the cut-and-cover method was used. The excavation pit was braced almost exclusively using diaphragm walls. With working heights of less than 7 metres in some places, and the logistical constraints imposed by the busy main train station, this project was especially challenging.
In addition to the existing station, the Sihl River also passes beneath the transit station. During the construction work, some sections of the river were drained. In order to make sure that the groundwater could flow freely after the new station was put into operation, three culverts were installed running through the structure.
The construction of the underground station also involved extensive jetting and injection work in order to underpin the old station building and to create a sealing block in the access zone of the tunnel boring machine in the shaft for the southern section.