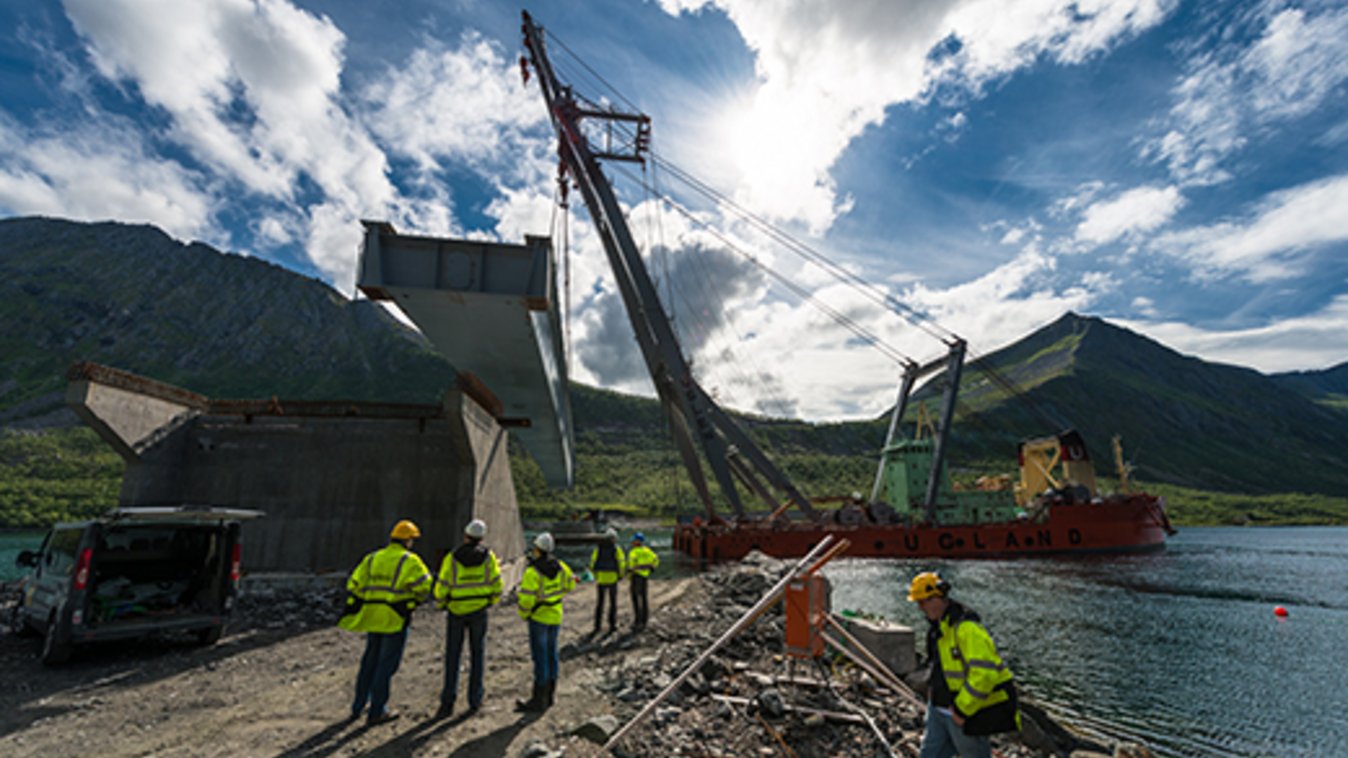 Implenia has constructed a bridge across Gryllefjord, situated in the municipality of Torsken on Senja in Troms county. The bridge is a landslide protection project which in combination with the tunnel through Ballesvikskaret has ensured a landslide-safe stretch to Gryllefjord and Torsken. The Gryllefjord bridge is part of the Torsken package which consists of 16 road projects in the municipality of Torsken and Berg.

Project scope. The project included the construction of a 315-metre long steel box girder bridge. The steel structure was constructed in Poland and transported to Norway by boat - a trip which took ten days. The bridge arrived in three sections and was installed in three days. In addition to the bridge installation the contract also included asphalting and installation of railings. The bridge opened for traffic in August 2014.