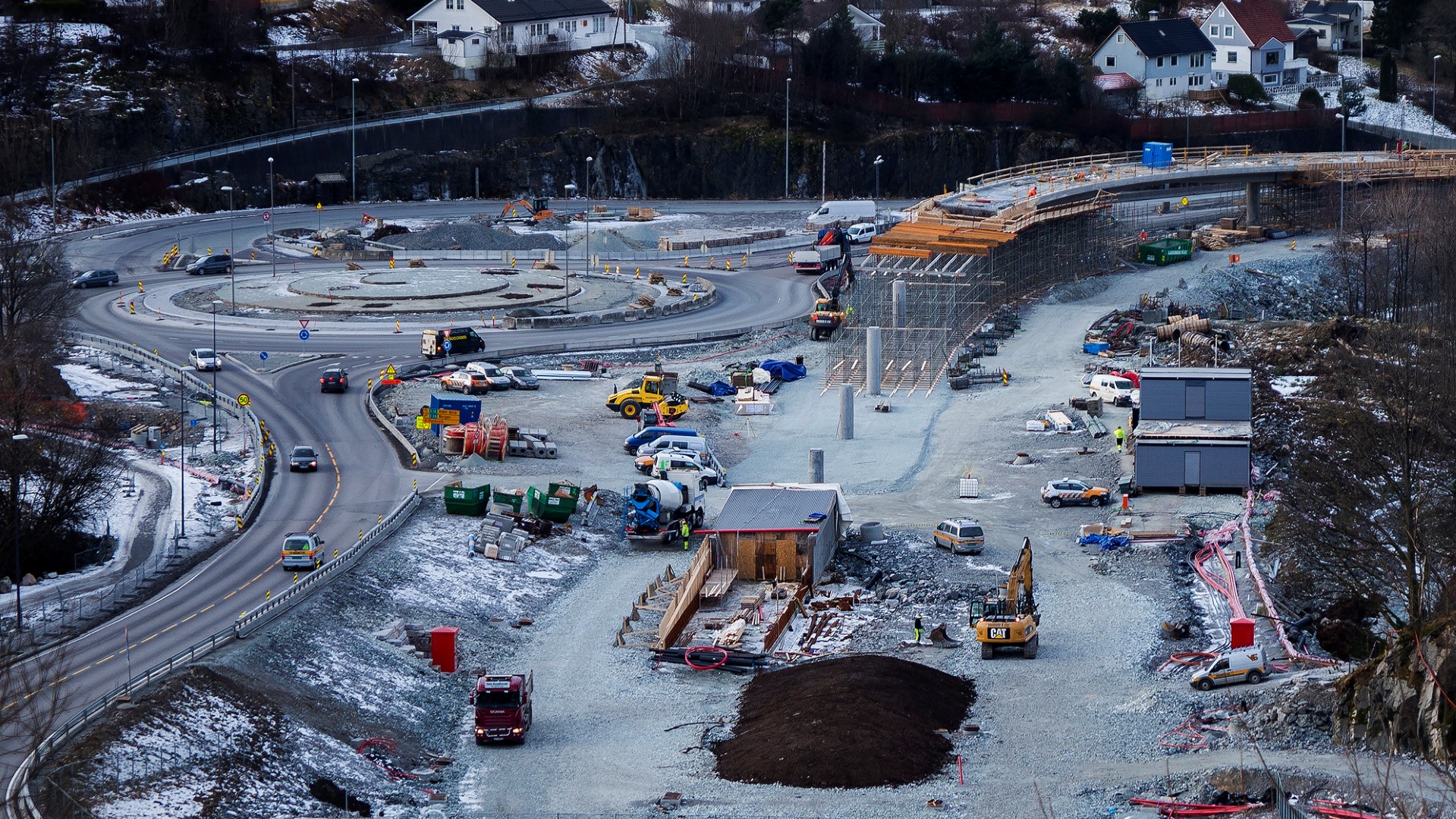 The project included 1.7 kilometres of road at Vågsbotn, of which 1.2 kilometres was laid in a new terrace including 0.6 kilometres of tunnel. The roundabout at Vågsbotn has been extended and a viaduct constructed above the roundabout to provide a direct connection for traffic from Åsane to Nordhordaland. The project also included a new local road around Vikaleitet which was given a separate exit on the new Vågsbotn roundabout. A new pedestrian and cycle path was constructed and passes through a culvert under the E39 at the junction for Haukås Næringspark.