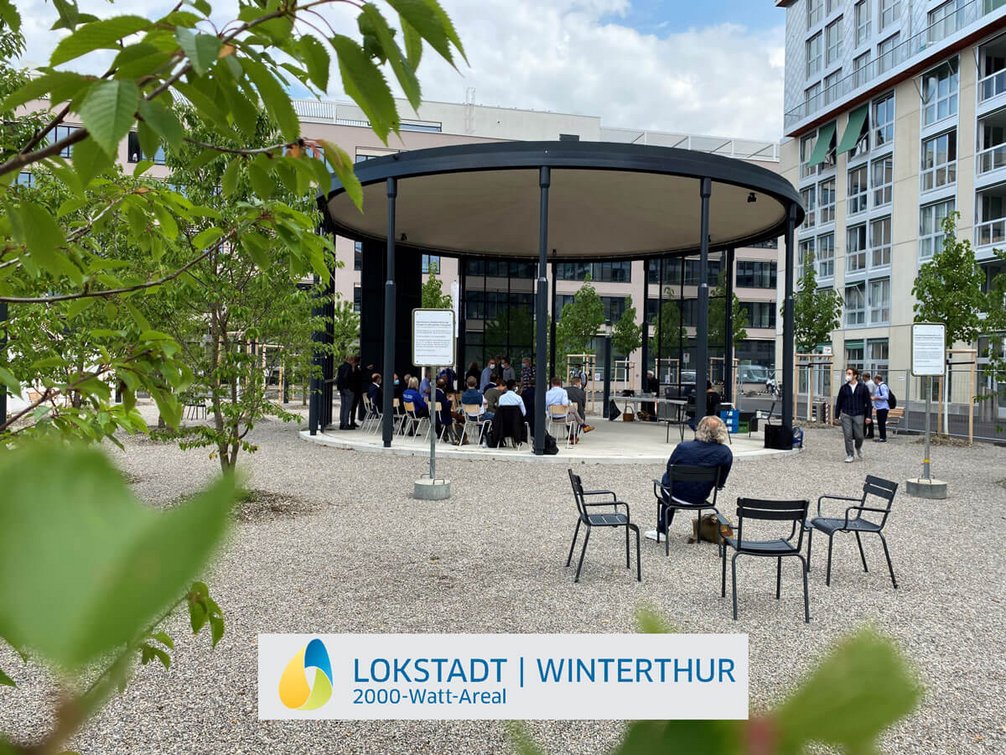 Lokstadt has successfully completed its first recertification process as a "2000-Watt Site under development". Implenia's site development in Winterthur achieved a compliance rate of 65 percent.

Lokstadt received its first certification as a "2000-Watt Site under development" in autumn 2019, and has now successfully passed its first recertification with a 65 percent degree of fulfilment. The development phase means that less than 50 per cent of the energy reference area of the building park has been completed and handed over.

In addition to energy efficiency, renewable energies and climate friendliness, a 2000-Watt Site also stands for sustainable mobility, an attractive living environment and high quality buildings. In addition to the quantitative requirements for reducing energy demand and greenhouse gas emissions, the certificate also includes qualitative criteria that should be taken into account in the project. Quantitatively, the 2000-Watt Site is based on the concept of the 2000-Watt Society. This translates Switzerland's national energy and climate goals, such as net zero emissions in 2050, to the municipal level and provides a standardised, communal accounting framework.

"Improvement in the standard criteria"

When it was first certified in 2019, Lokstadt achieved 66 per cent. At that time, "jokers" could still be credited, which had a positive effect on the overall result. These included, for example, the fact that the use of BIM was promoted for the Krokodil building from the study contract onwards, or that we use our specially developed tool to evaluate the sustainability of construction projects, GeNaB®, which in German stands for “Total Evaluation Of Sustainable Construction”, on the site.

In the planning and realisation phase of a site, recertification takes place every two years, and later, in the operational phase, every four years. The next recertification for Lokstadt is therefore due in 2023.

This factsheet (in German) summarises what is actually being implemented in Lokstadt to meet the requirements of the 2000-Watt Society and which points stand out in particular.