Dietlikon, 25 September 2015 – With more than 150 apartments on six floors, the Giesserei in Winterthur is one of the largest timber-built housing developments in Switzerland. According to the jury of the Prix Lignum, which is awarded for the whole of Switzerland every three years, the project is a great example of what can be achieved with wood on a large scale:  “The building is a beacon project that demonstrates the role modern wooden construction can play in the urban environment today and tomorrow.” These are the qualities that secured silver for the project yesterday. Working as part of the “MGH Implenia STRABAG” consortium for the client GESEWO, Implenia was responsible for the wooden construction work on one of the two lots.

The Minergie-P-Eco development is ecologically, socially and economically groundbreaking. As well as its intrinsic values, the Giesserei’s architecture is also impressive. Everything except the basement floor and the stairwells are made entirely of wood. The new build proudly shows off its construction method with red external panelling making the wood a very visible presence in the town. “The Prix Lignum 2015 has rewarded the expert wooden construction skills of Implenia and our consortium partner – we’re very pleased and proud,” says Christian Kündig, Head of Implenia Wooden Construction. 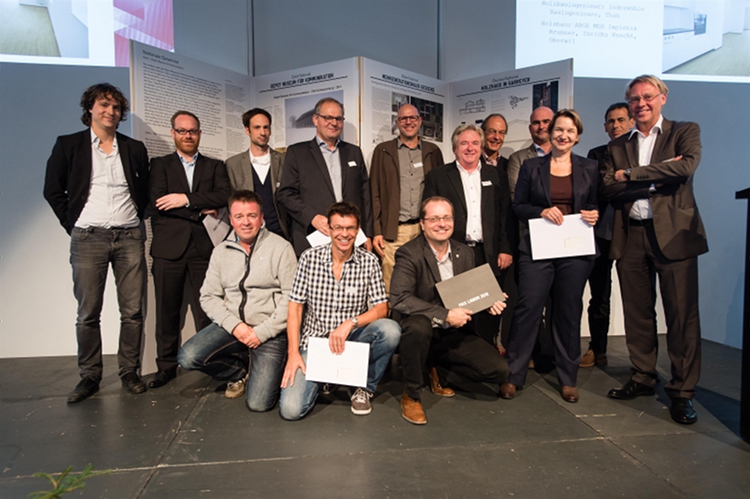 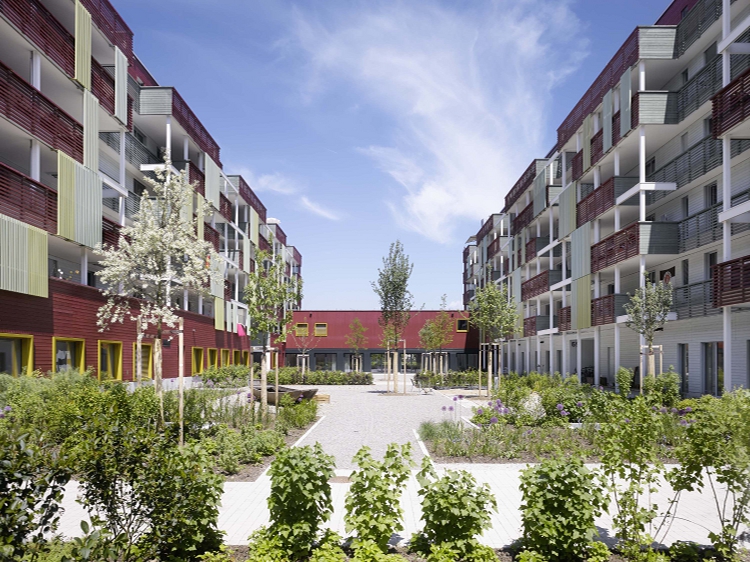 At the Giesserei in Winterthur, everything except the basement floor and the stairwells is made entirely of wood. Implenia Wooden Construction played a major role in the project. (Source: © Hannes Henz, Zurich/Prix Lignum 2015)

Implenia has its headquarters in Dietlikon near Zurich and employs more than 8100 people around Europe. In 2014 it posted pro forma turnover (including the former Bilfinger Construction GmbH) of around CHF 3.6 billion. The company is listed on the SIX Swiss Exchange (IMPN,