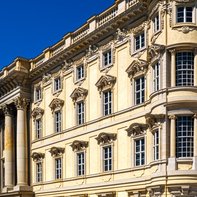 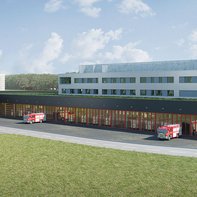 As part of the expansion of Frankfurt Airport, a new fire station is built with training and education centre. Implenia Fassadentechnik is responsible for the multifaceted outer shell of the buildings. 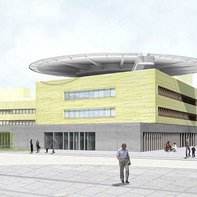 The federal state of Baden-Württemberg, represented by the Amt Vermögen und Bau, Heidelberg University Construction Office, is realizing the 1st construction phase of the new building of the Surgical University Hospital… 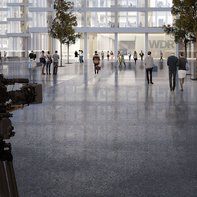 As part of the reconstruction of the Westdeutscher Rundfunk film house in Cologne, Implenia Fassadentechnik is realizing the new building envelope with a total value of over 13.6 million euros. 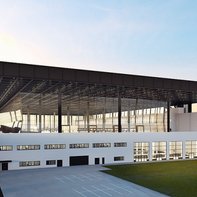 In the Rhine-Main metropolitan region, the new Terminal 3 is being built at Frankfurt Airport Fraport, with high-quality metal and glass facades from Implenia Fassadentechnik. 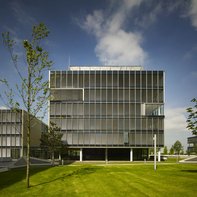 The office building designed by the architecture firm Thomas Müller, Ivan Reimann Gesellschaft von Architekten is situated in the Moabiter Werder, an area in Berlin’s government district, and has a floor space of around 40,000…

Start of construction: May 2010 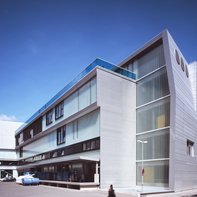 On the basis of plans by Klaus Sill, the new cafeteria of the University Medical Center Hamburg-Eppendorf (UKE) was constructed as a new building storey during ongoing operations at the site. The work was completed in December… 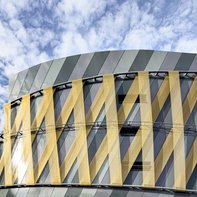 Start of construction: May 2012

This modern retail experience at the heart of Solingen has everything from fashion to toys and gifts to electronics. It also boasts modern architecture inspired by the concept of ‘nature, industry and fashion’ and is flooded with…