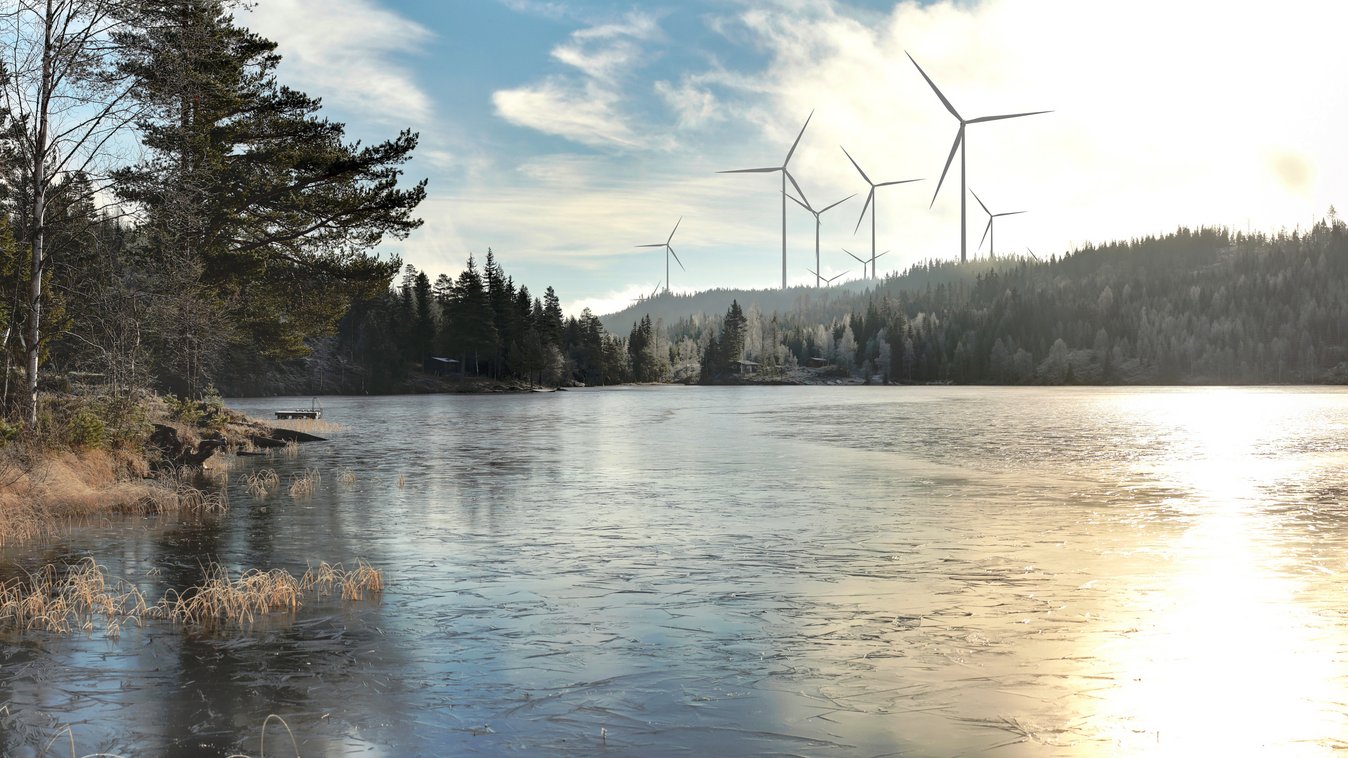 Othala Wind Farm is being built in the municipality of North Othala, east of Minnesund and Mjøsa, in the border area between Innlandet and Viken counties, divided into the two areas of Songkjølen and Engerfjellet.

The wind farm will consist of a total of 34 wind turbines with a total installed capacity of 160 MW, 23 turbines will be installed in Songkjølen and the remaining 11 in Engerfjellet. In total, the wind farm will produce around 500 GWh/year - supplying 31,000 households with renewable electricity. Two substations will also be built for connection to the power grid. It is a very demanding production schedule, with a large job to be completed in a very short time.

The contract includes all preparatory work for access roads and foundations for the turbines, as well as technical equipment and finished concrete foundations anchored in rock.

The 34 concrete foundations were constructed using 40 rock ledges with 10.9 m of rock, approximately 60 m3 of concrete and approximately 5 tons of reinforcement per foundation. For each foundation pit, a geologist (commissioned by Implenia) assessed and approved the rock quality during the project.