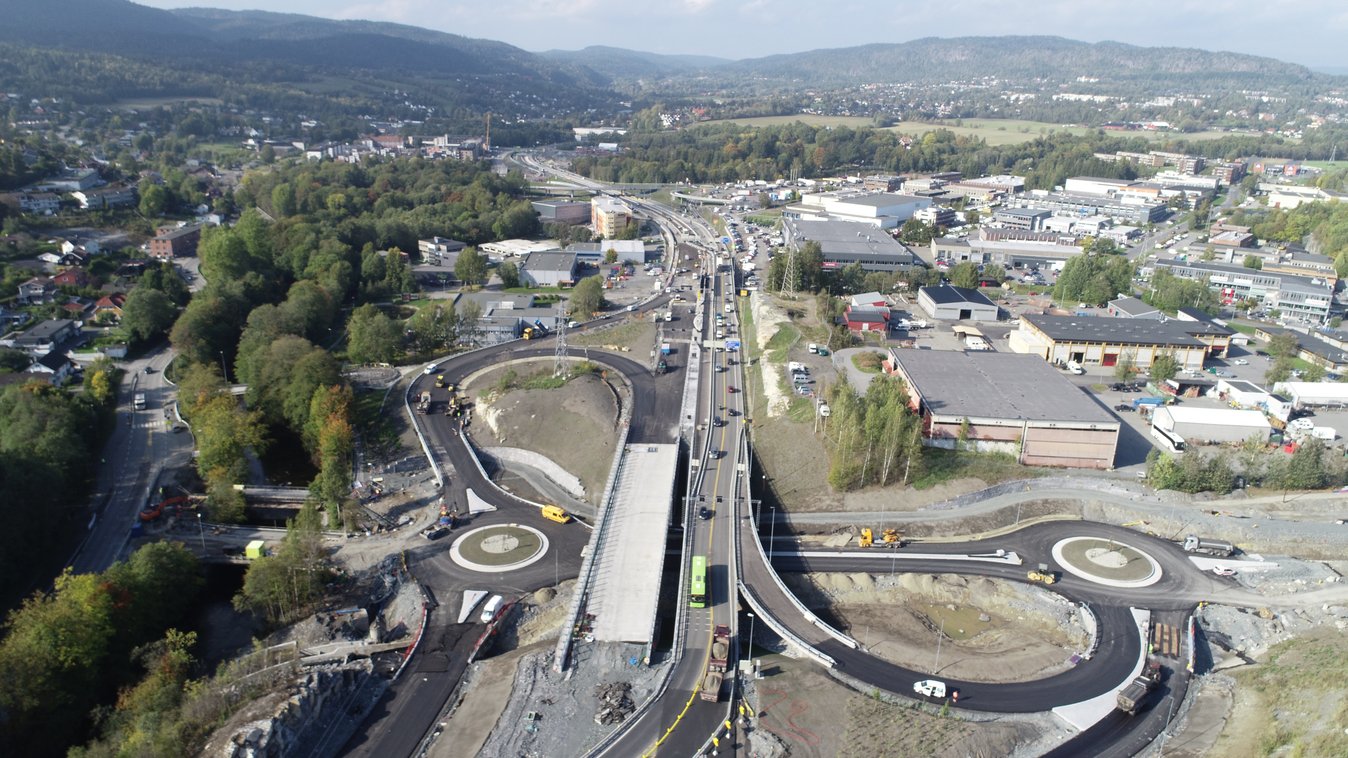 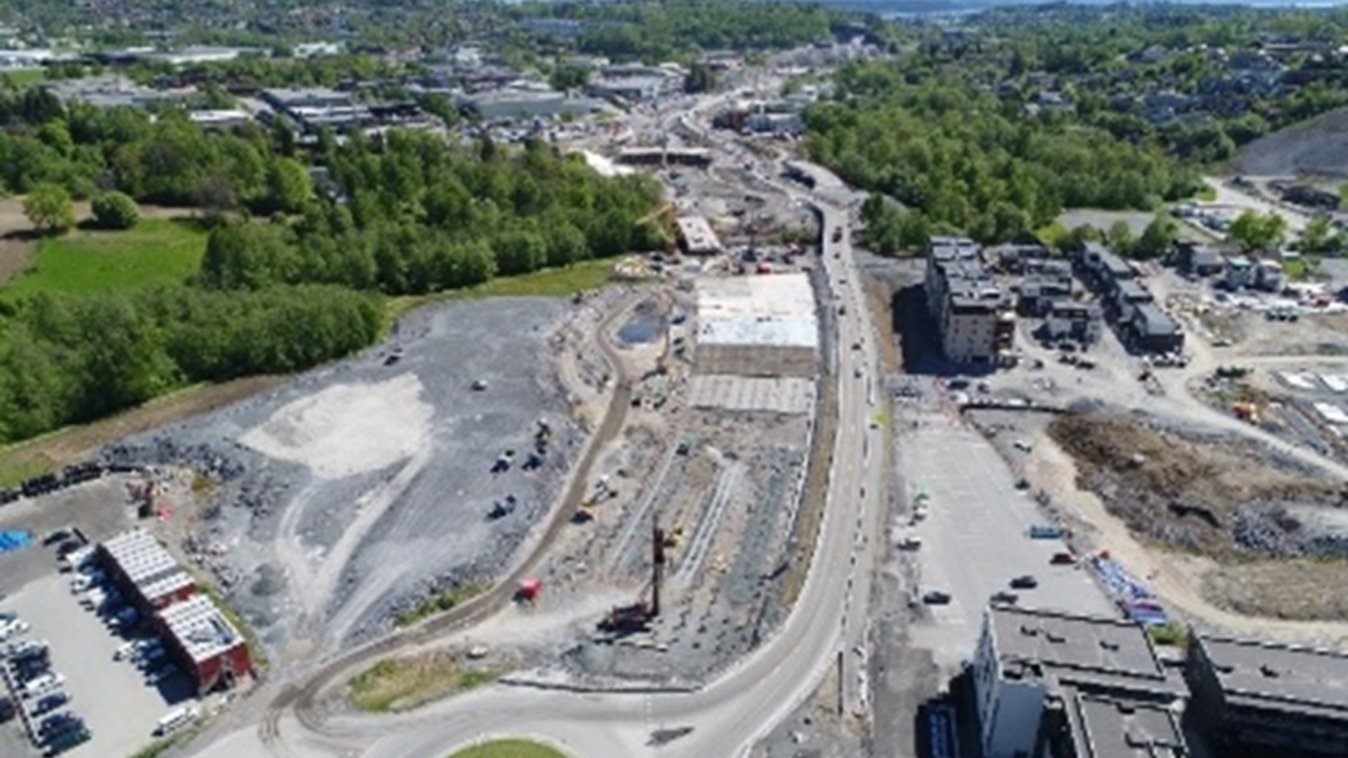 E16 is a development project between Rud and Vøyenenga. The project consisted of the construction of a new E16, which today is mainly a 1.3 km long 4-lane road on the section E02 Rud-Vøyenenga in the municipality of Bærum. It was a complex implementation with many phases with several traffic changes. E16 had an ÅDT of 35000 with an open road throughout the project.
The works included E16 from the existing intersection at Bærumsveien to Vøyenenga with a length of approx. 1330 m with associated noise barrier, crossing at Bærumsveien including relocation of bus stops and temporary reconstruction of local roads, crossing at Lommedalsveien including extension of Lommedalsveien, opening of Dælibakken including relocation of footpaths and cycle tracks, bridge / culvert works and water and sewer restructuring as well as temporary and permanent lighting systems and structural works for technical lightness.

Road construction Road construction under the project included the 4-lane 1.3km E16 from Bærumsveien to Vøyenenenga, including modifications, temporary reconstructions and extensions of roads, structures and water and sewage disposal. Among other things, pipe pressing of 50 meter long sewage pipe Ø1200mm concrete pipe with associated pressure pits was carried out. Construction of 2 major intersections with on and off ramps to the 4-field. In addition, the construction of 4 new local roads, including Bærumsveien, Løxaveien, Lommedalsveien and Møllerløkka. Large light fills of EPS and glassopor were carried out in conjunction with poor soil conditions.

Facilities The concrete work included a total of 24 structures. It included 14 bridges and 2 rehabilitation bridges. In addition, construction of salmon ladder, large arched retaining wall for control station (about 10 m high), concrete slab, as well as smaller structures. A total of 24,000 m3 of concrete was executed, so the main works included:

Concrete slab: Construction of a pile concrete slab over Vøyenenga due to difficult soil conditions in the area. The slabs have a total area of 17,000 m2, of which approx. 62,000 meters of concrete piles and approx. 8,400 m3 of concrete were used for this purpose.

Foundation of the stream: Foundation of the new Dælibekken. The old water flow went in pipes to Sandvikselva. A total of 900 meters of new streambeds were created. In addition, a 24-meter-long precast concrete culvert was constructed under Bærumsveien as a guide for the stream.

Demolition work The project involved extensive and demanding demolition work, which included a total of 7 concrete bridges, 4 of which were demolished over the river. A total of approximately 5,000 tons of reinforced concrete. During demolition, material had to be converted into smaller pieces to prevent objects from ending up in the river. The beams were thus cut into smaller units before being lifted ashore, sorted and sent for recycling. While sawing, a tarp was stretched under the bridge.

In this way, the water and dust created by the work were diverted back into the river into collection containers without pollution.