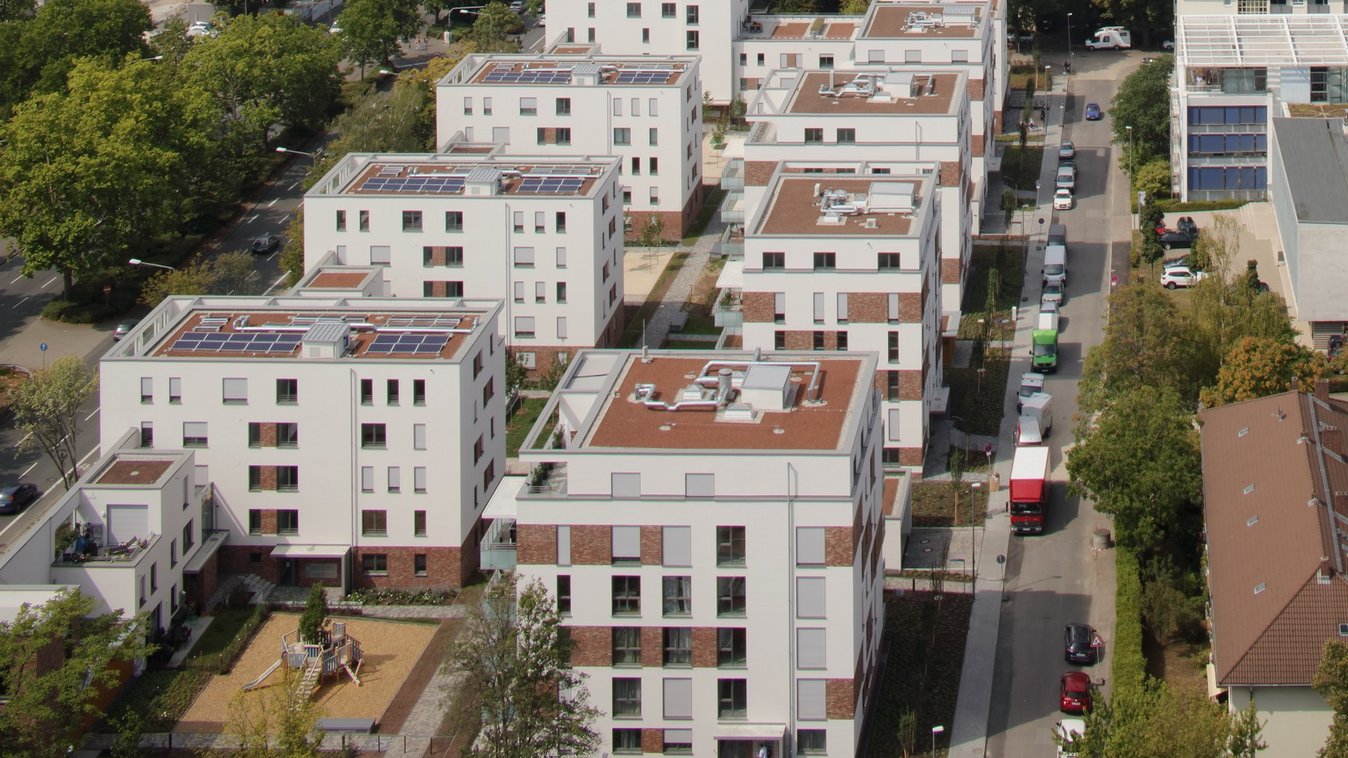 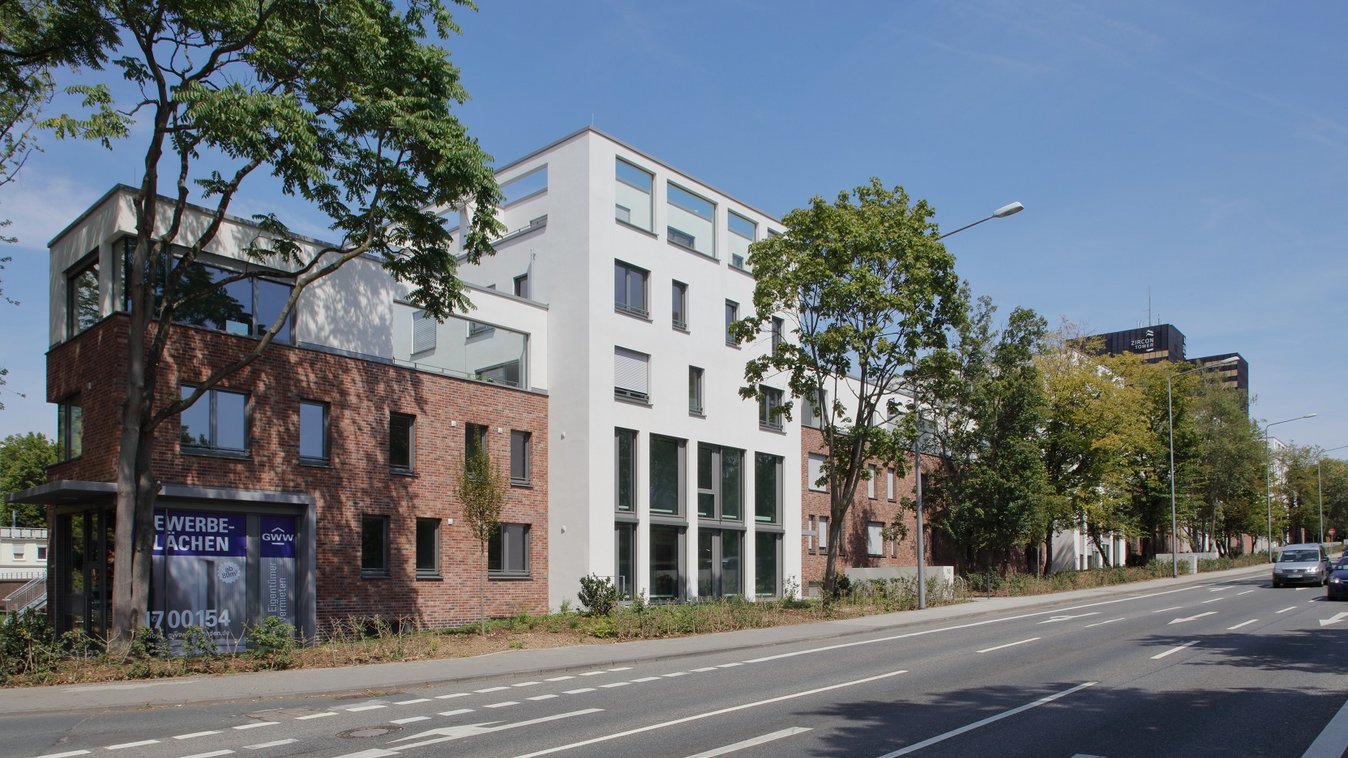 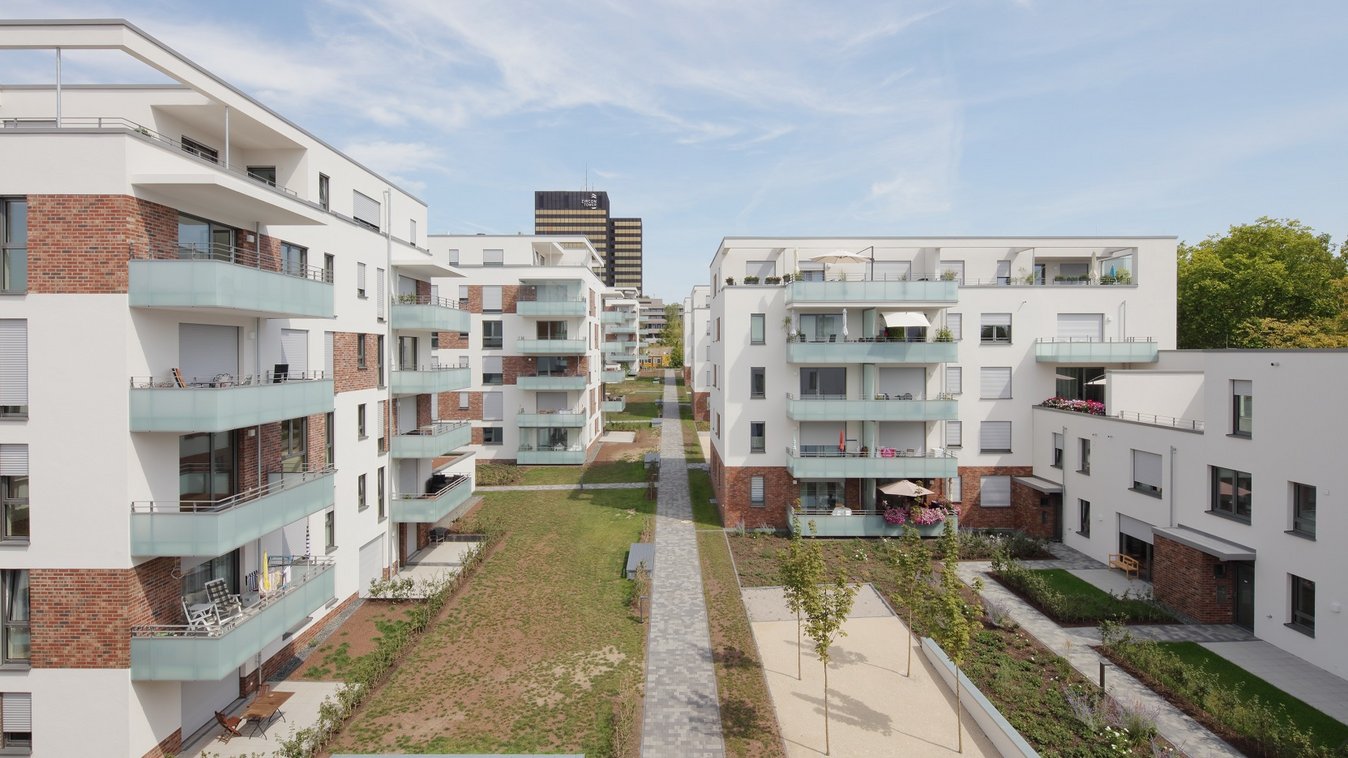 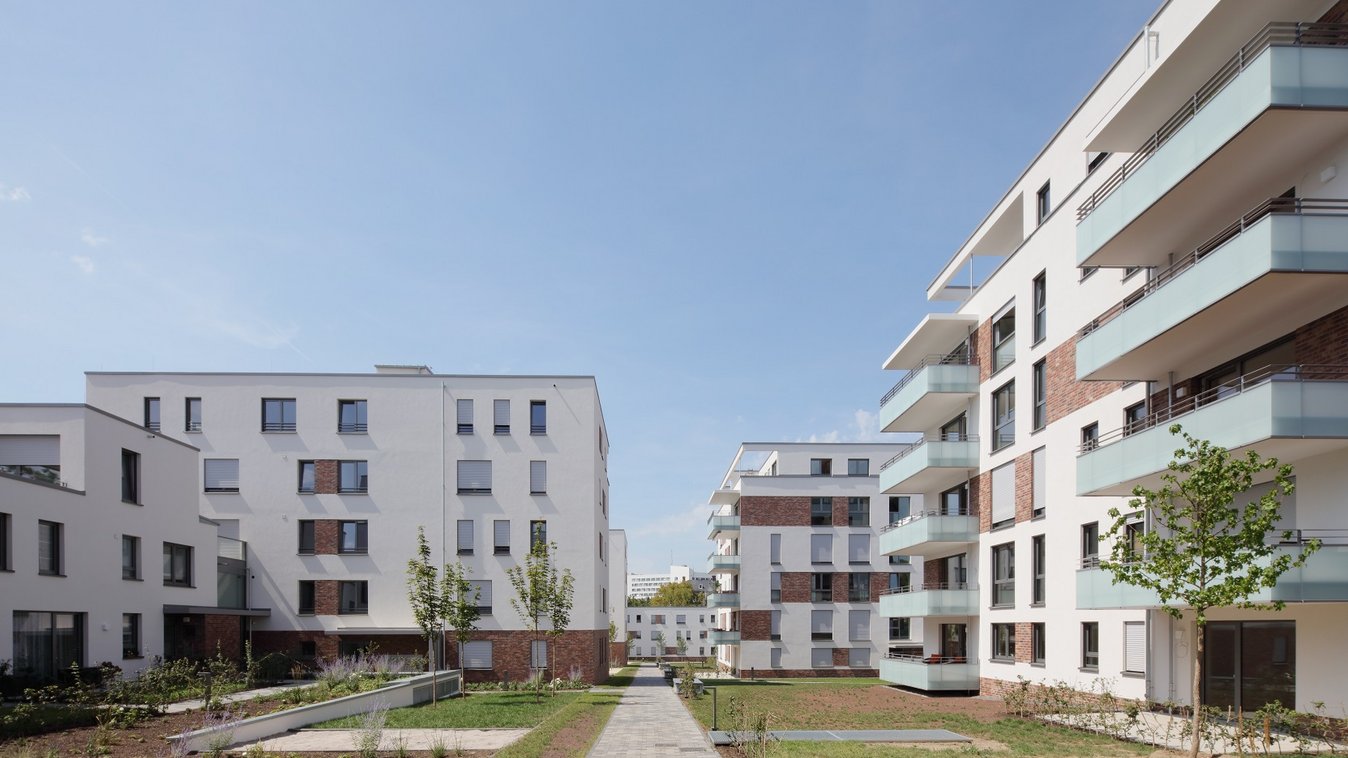 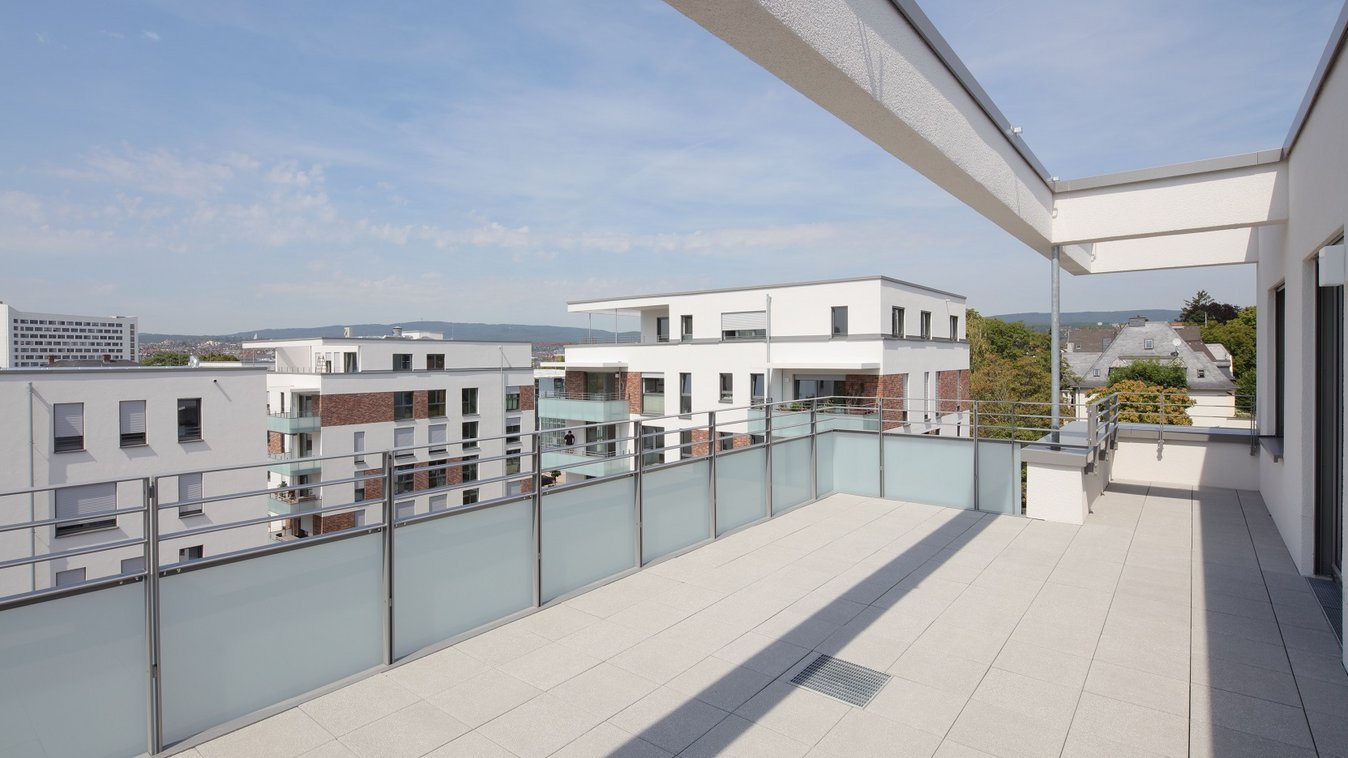 An urban district with high-quality open space: Between the main train station and the Kurhaus convention centre, the Buildings branch in Frankfurt completed the turnkey construction of 14 residential buildings, three underground parking garages and outdoor facilities for the municipal housing company GWW. During the planning phase, particular focus was placed on ensuring high-quality open space. The residential complex  offers plenty of green space towards the city, as well as quick routes to the city centre.

Varying building heights and façade designs bring vitality and movement to the closed perimeter block development that extends over a distance of 180 metres. On the green space behind this are a number of tower blocks. A biomass power plant based in the city provides an environmentally friendly source of district heating. Solar power systems support the electricity supply and produce some of their own electric power. The three underground parking garages contain several charging stations for electric cars.

A closed perimeter block development extends for a distance of 180 metres and acts as a bulwark against the first ring road, a six-lane road with high traffic density. The concept envisaged by the planners includes soundproof windows on the road side and views over green spaces at the rear. The long front of the development is visually broken up by the integrated offset tower blocks. Varying building heights and façade designs also bring vitality and movement to the façade.

The buildings are being constructed to the KfW 55 standard.