Implenia wins major order for A7 Altona Tunnel in Hamburg 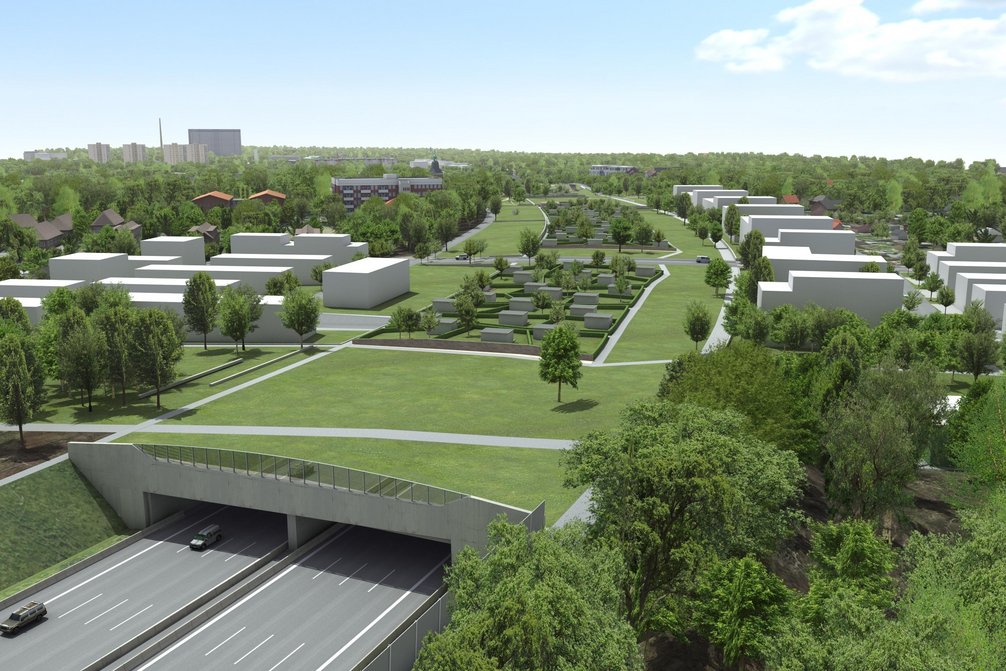 Implenia, together with project partner HOCHTIEF, has been awarded the contract to build the 2.2-kilometre-long Altona noise protection tunnel on the A7 motorway in Hamburg. The net contract is worth a total of around EUR 580 million. Implenia will take the commercial lead on the project, working as part of a joint venture in which HOCHTIEF has the technical lead.

Dietlikon, 5 January 2021 – The enlargement of the motorway to eight lanes between the Hamburg-Othmarschen and Hamburg-Volkspark junctions will close the gap between the current A7 expansion projects north and south of the Elbtunnel. The top of the 2,230-metre Altona noise protection tunnel will be covered with allotments, greenery and parks, which will also serve to reconnect the two neighbouring districts of Othmarschen and Bahrenfeld.

The eight-year project is scheduled to start in April this year. DEGES (Deutsche Einheit Fernstrassenplanungs und -bau GmbH), the project management company that plans and builds highways for its owners – the federal government and twelve federal states – is the client. Implenia is taking the commercial lead on the project, which is worth a net total of around EUR 580 million, in a joint venture with HOCHTIEF, which has the technical lead. Implenia has a 35 percent share of the overall contract volume.

The project is an important part of the renewal and improvement of infrastructure on one of Germany’s main traffic arteries. It will also improve the quality of life of residents living near the road, thanks to the comprehensive noise protection measures, as well as everyone in Hamburg who can enjoy the new green space in future.

Christian Späth, Head Division Civil Engineering at Implenia: “We were able to identify numerous optimisation opportunities during the tendering process, which began in November 2019. This allowed us, among other things, to bring forward parts of the detailed design work and systematically incorporate the results of more than 30 coordination meetings into the project calculations. This meant we could significantly reduce the project risks for everyone involved and create a good basis for working together for the next eight years until the project reaches a successful conclusion.”

As Switzerland’s leading construction and real estate service provider, Implenia develops and builds homes, workplaces and infrastructure for future generations in Switzerland and Germany. It also plans and builds complex infrastructure projects in Austria, France, Sweden and Norway. Formed in 2006, the company can look back on around 150 years of construction tradition. The company brings together the know-how of its highly skilled consulting, planning and execution units under the umbrella of an integrated leading multi-national construction and real estate service provider. With its broad offering and the extensive experience of its specialists, the Group can realise complex major projects and provide customer-centric support across the entire life-cycle of a building or structure. It focuses on customer needs and on striking a sustainable balance between commercial success and social and environmental responsibility. Implenia, with its headquarters in Dietlikon near Zurich, employs more than 10,000 people in Europe and posted revenue of over CHF 4.4 billion in 2019. The company is listed on the SIX Swiss Exchange (IMPN, CH0023868554). More information can be found at implenia.com.