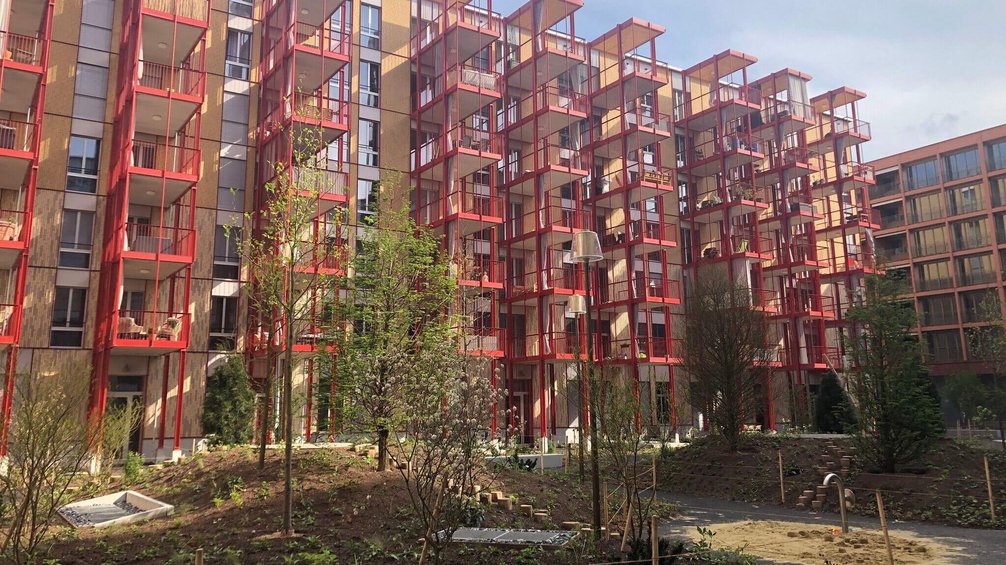 Almost two and a half years after the groundbreaking ceremony, the third and final stage of the KIM-HAUS FURRER residential development was handed over to the very satisfied client Swiss Life AG on 26 April 2022.

KIM is creating an attractive new quarter in the dynamic Neuhegi development area. As a hub for innovation, KIM brings together companies, educational institutions and people in an inspiring way. With the "Haus Furrer", which is part of the site development, Implenia has once again built a modern timber building in Winterthur.

With over 200 flats and commercial space for public-oriented use on the ground floor and a strong focus on sustainability, another pioneering project has been created in the Winterthur area over the past two years, with several Implenia units involved: From development and conception to planning and realisation with its own timber construction and master builder, everything was provided by Implenia from a single source.

The first residents moved into the first stage along Sulzerallee at the end of October. The second stage was handed over in January. By 2025, KIM Winterthur will have built a total of several hundred modern rental and owner-occupied flats in Neuhegi, all of which will meet the Minergie-P standard.

"We are delighted that the tenants of the third and final stage have now also been able to move into their flats and would like to express our sincere thanks to all the tradesmen and the building owner for their excellent cooperation," says René Lutz, project manager at Implenia, who has led all three stages to a successful conclusion.