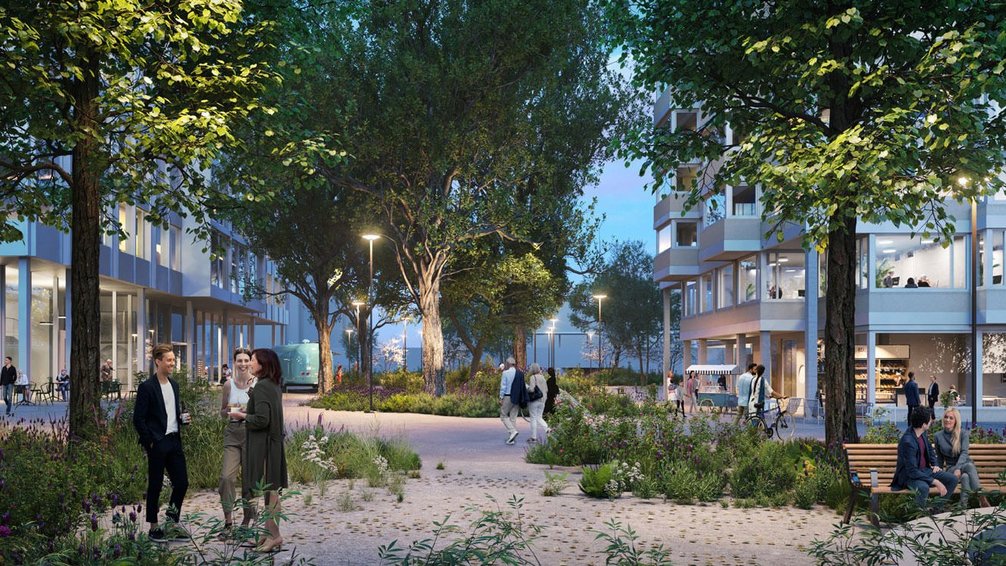 Image: In Unterfeld, a park-like outdoor space is being created with many beautiful places such as avenues, courtyards and squares for walking and lingering. Visualisation of the neighbourhood square at the tram stop (1st stage)

Baar and Zug, 12 July 2022 - A new district with attractive residential and commercial uses is being created in the Unterfeld area in the south of the town of Baar. In 2020, 65 percent of the Baar electorate approved the partial revision of the building and zoning regulations, and now the construction sites developed by Implenia will be realised in two stages.

The project competition for the second stage has just been completed. The neighbourhood design plan envisages a 50-metre-high residential building and a courtyard perimeter development for residential and commercial uses on the building sites in question, and extensive sustainability targets have also been defined. Implenia will one day allocate around 90 affordable flats to Baar cooperatives in accordance with the Cantonal Housing Promotion Act. 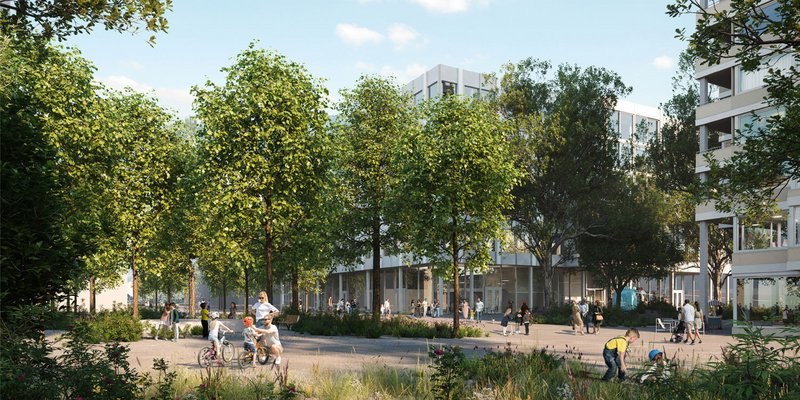 Six teams of architects and landscape planners participated in the competition. The jury consisted of renowned experts, representatives of the municipality of Baar and representatives of the building owner. The winning project will be presented to the public at an information event after the summer holidays.

The project competition for the first stage was already decided in June 2021. The corresponding development plan has just been submitted to the municipality of Baar for review. Part of the first stage is a 60-metre-high residential tower (site 4) and a commercial building (site 3) at the Lindenpark S-Bahn station. Until now, the first stage was owned by Implenia and Ina Invest. Implenia has now sold part of the first stage, construction site 4, to a company owned by Urs Wietlisbach, one of the three founders of Partners Group. The Zug-based real estate company Property One Investors AG managed the purchase on behalf of Urs Wietlisbach from appraisal to completion and will act as the developer's representative for the project. Urs Wietlisbach has close ties with Baar and, together with Property One and Implenia, is looking forward to realising the project and thus contributing to sustainable urban development. Commercial uses are planned for the ground floor and first floor of the high-rise building in question, with flats on the upper floors. The marketing will be carried out by Property One together with Implenia.

The third and final stage of the Unterfeld Süd quarter is being developed by the Stocker community of heirs; the timetable has not yet been determined.

In total, around 400 flats will be built in Unterfeld Süd in three construction stages, as well as commercial space for around 1,000 to 2,000 workplaces. About a quarter of the flats will be affordable housing, the rest will be rental and owner-occupied flats in various sizes, layouts and price categories for a broadly mixed, lively neighbourhood.