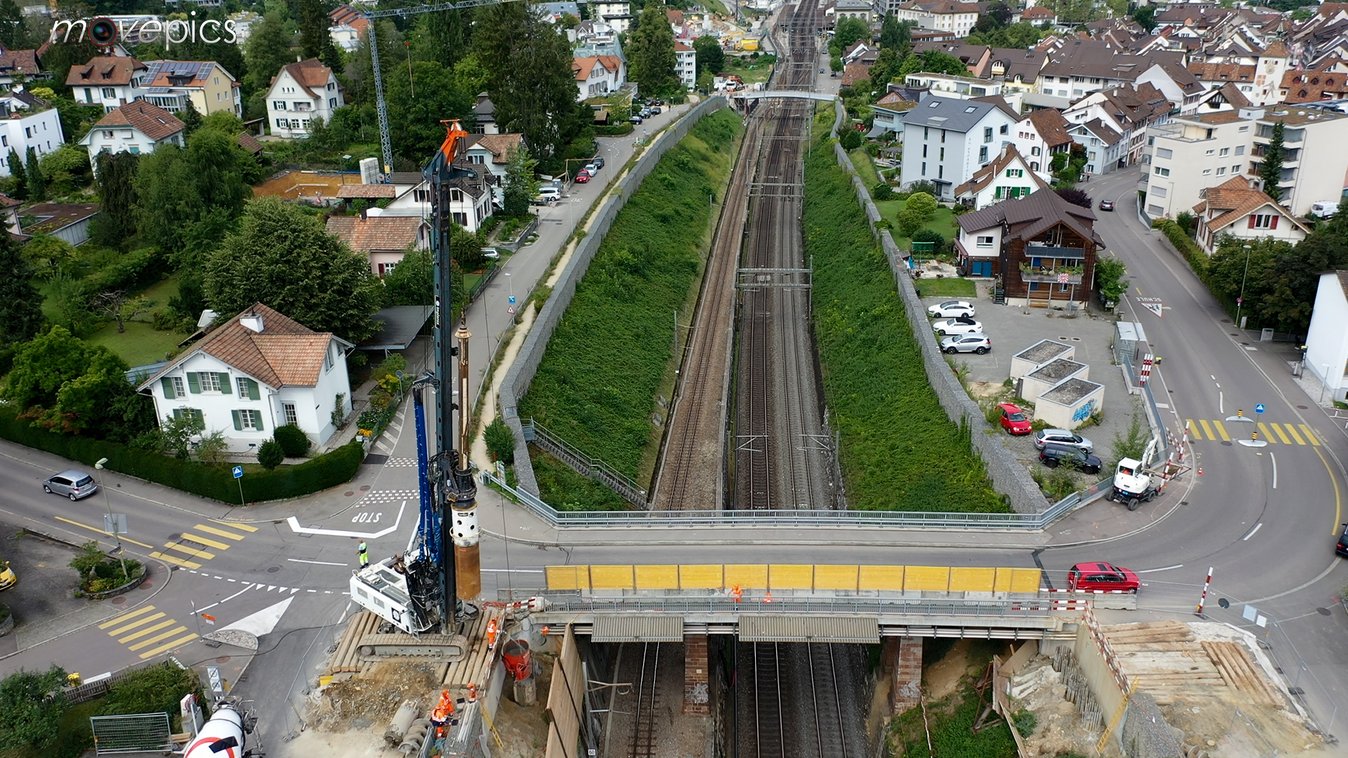 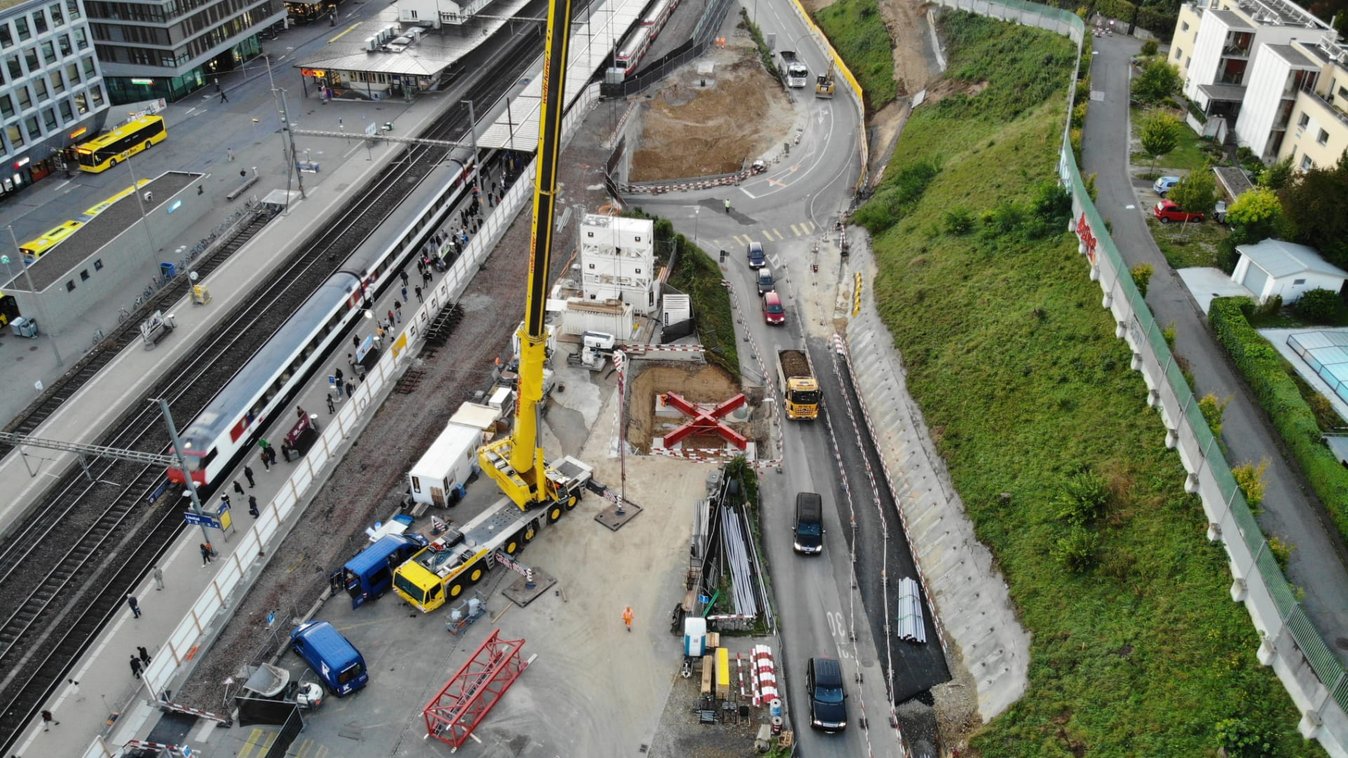 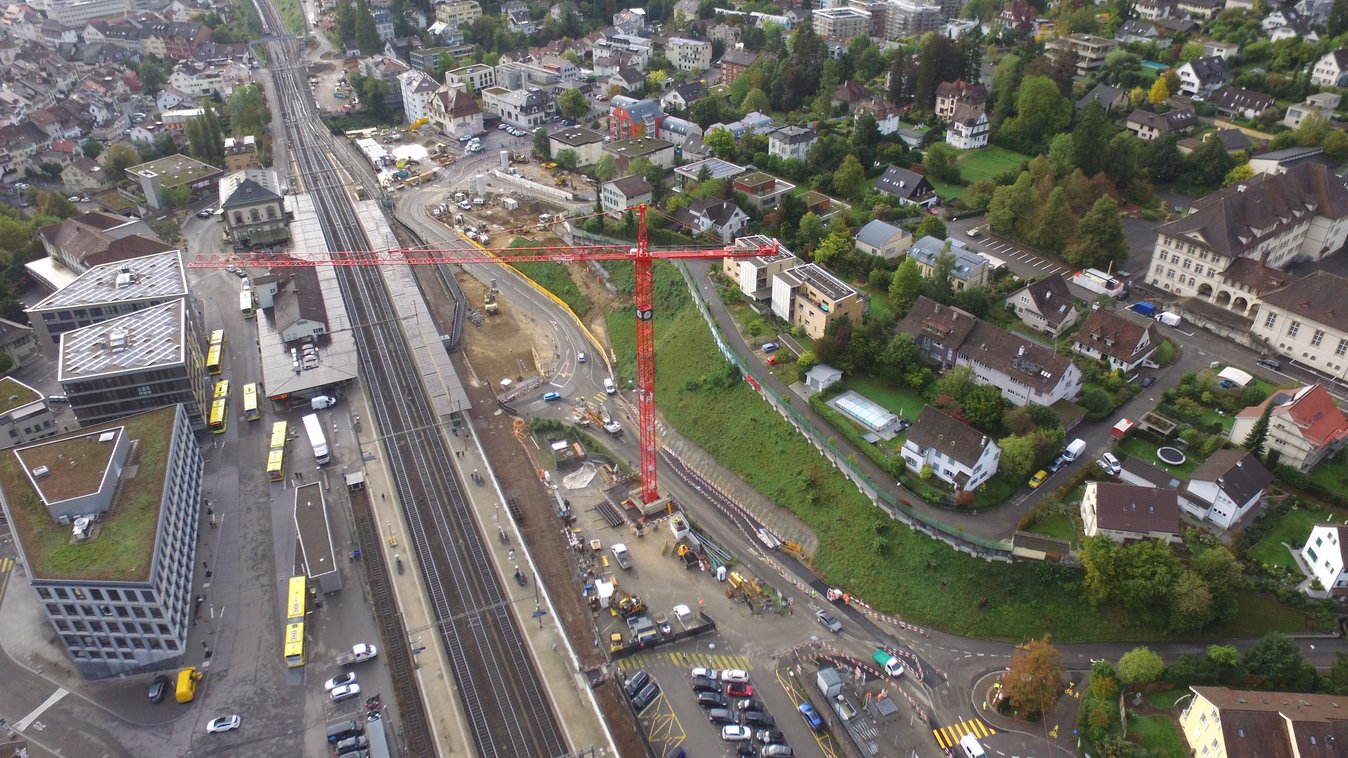 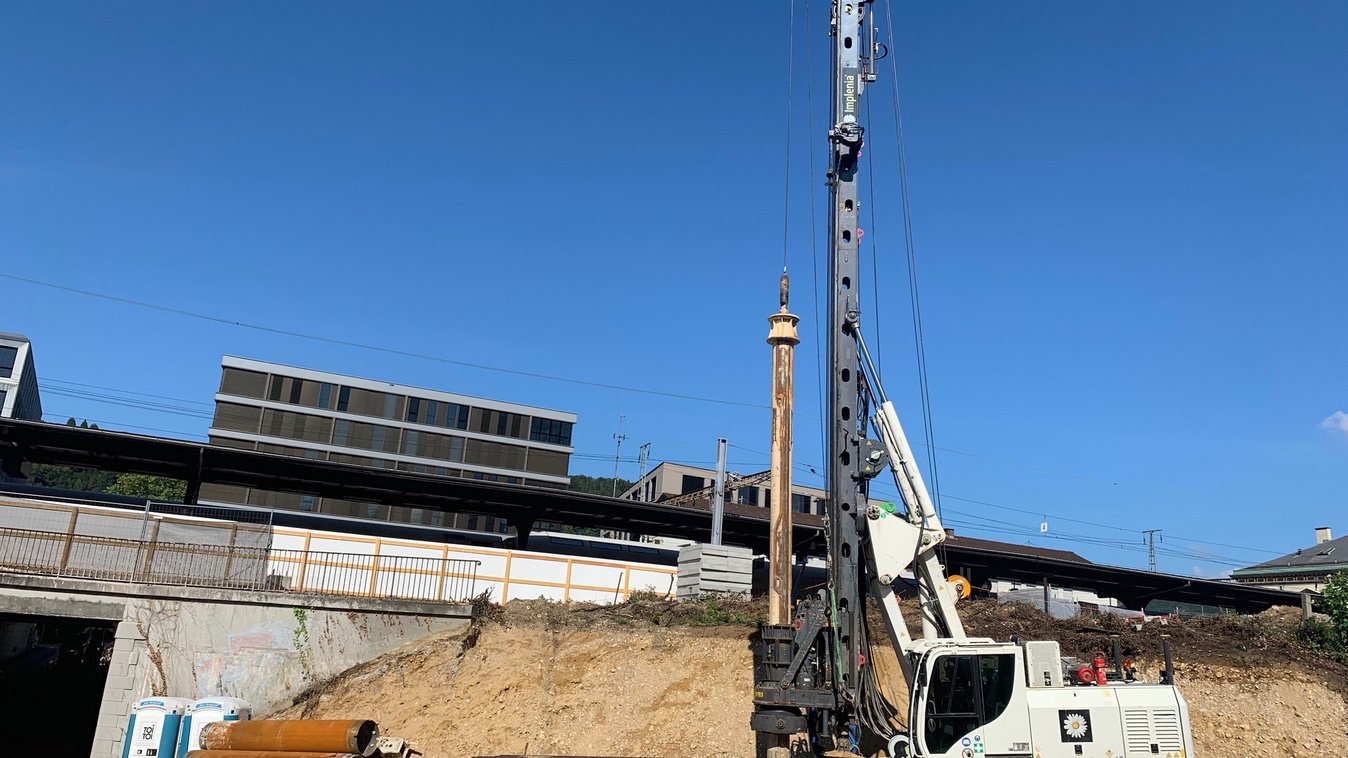 Expansion of the SBB railway line from two tracks to four over a length of 2.5 km, upgrading the train station including the construction of new structures on the platform, and modifications to the infrastructure.

In order to avoid train-crossing conflicts and decrease the number of disruptions to railway operations while improving punctuality, SBB is increasing the capacity of its railway line in the Liestal region. The expansion project, which has a total cost of CHF 380 million, also includes a turning track, which is one of the requirements for increasing the frequency of suburban railway services between Basel and Liestal to every 15 minutes. The volume of the contract amounts to around CHF 115 million.
In addition to expanding the line to four tracks and installing the associated points connections, the project also involves making modifications to all overpasses and underpasses as well as the retaining walls; extending the platform; and constructing a car park and various other construction work. Third-party installations in the vicinity of the project site, such as cantonal and municipal transport infrastructure, will also require modifications. Building work began in summer 2019 and is scheduled to be completed in 2025.
Implenia already has a wealth of previous experience in railway construction, having successfully worked on projects such as the expansion of the train station at Zurich Oerlikon, and the Gotthard Base Tunnel.