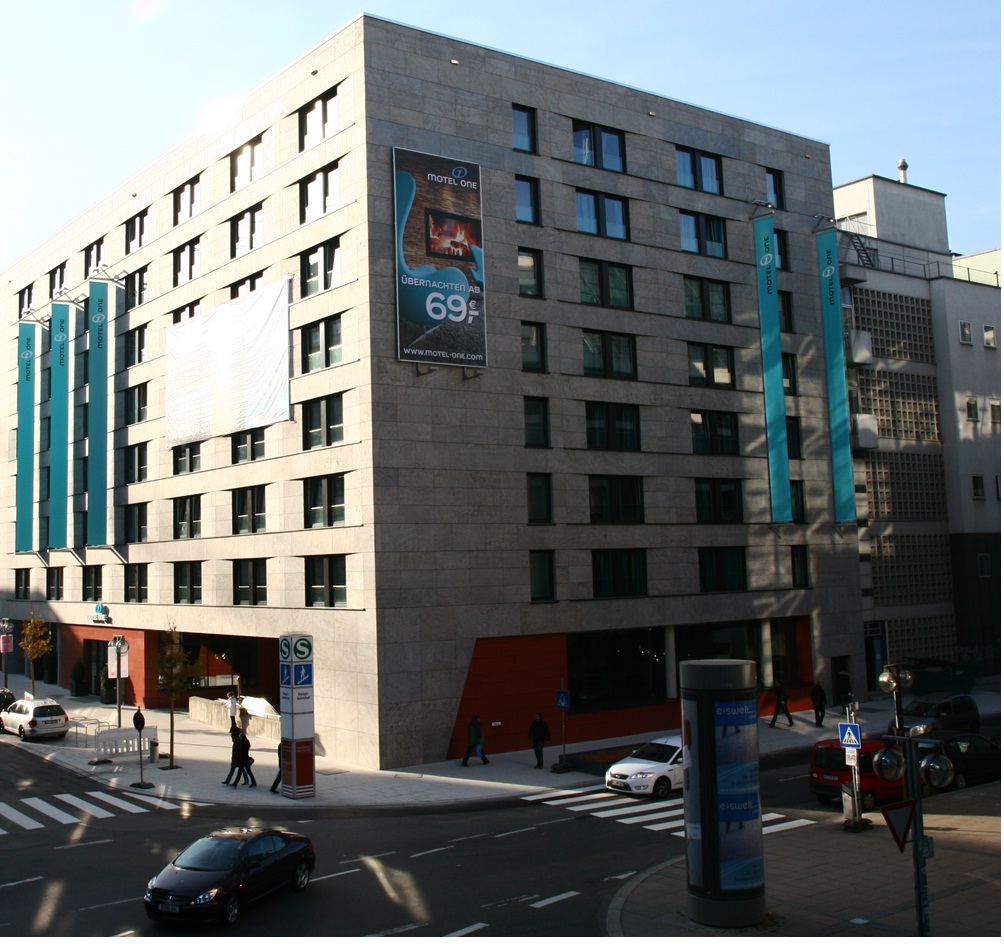 The new, 231-room hotel building in Stuttgart’s city centre was constructed on schedule in just 17 months.

New hotel building with 231 rooms near Stuttgart's main railway station: the Buildings branch in Stuttgart constructed the second Motel One  development in the city as a turnkey project . During the construction phase, one existing building was demolished, another was given an overhaul of its technical facilities, and the new hotel building was constructed. The construction period lasted 17 months in total, with the hotel being handed over on schedule in November 2011.

Execution planning and turnkey construction of a hotel building.

A notable element in this building project was the extensive foundation work, which was carried out using large bored piles measuring up to 26 metres in length. Because the load-bearing layer was situated in the Lettenkeuper Formation – a rock layer that directly borders Stuttgart’s mineral springs – the piles were drilled under water load in order to prevent the mineral water from breaking through.