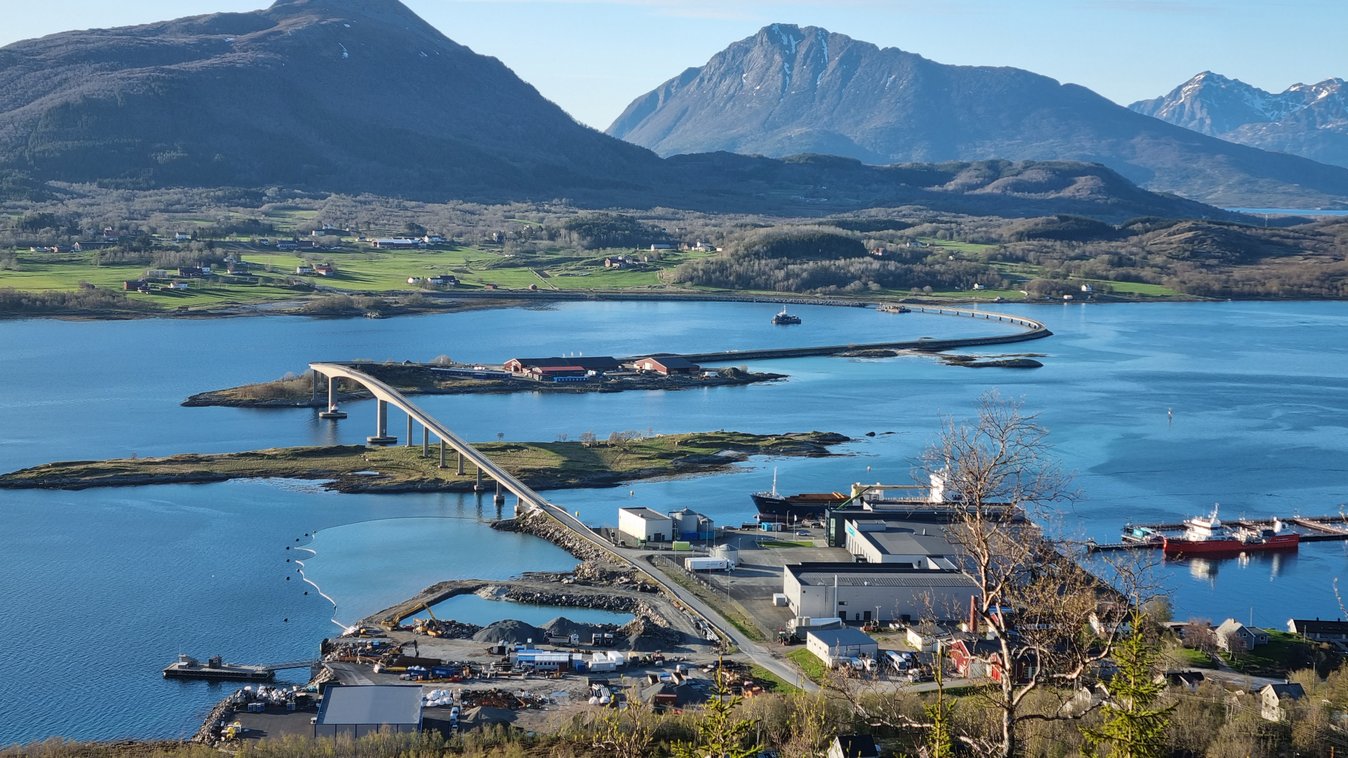 Implenia was awarded the Engeløya bridge project on the basis of the best quality, although the price was not the lowest. The customer rated Implenia best in the competition by giving a good and thorough description of the project implementation, especially in terms of planning, logistics and risk assessment.

The current bridge connecting Engeløya in Steigen with the mainland will be replaced. The new bridge is a 330 m long and 10.1 m wide span concrete bridge over 11 axles. The bridge has a smooth, relatively large curvature with raised crosswalks on one side. Seawalls will be constructed on both sides of the new bridge, and after traffic is established on a new bridge, the old bridge will be demolished. The old bridge has a total length of 346 m over 16 axes and the same curvature as a new bridge. Sea embankments will also be established for the construction of a jet (enveloping molot) at Storskjæret West. The area was initially to be dredged and backfilled with blasting rock. At the end of the construction period, the municipality of Steigen takes over the area to be used as an industrial zone.