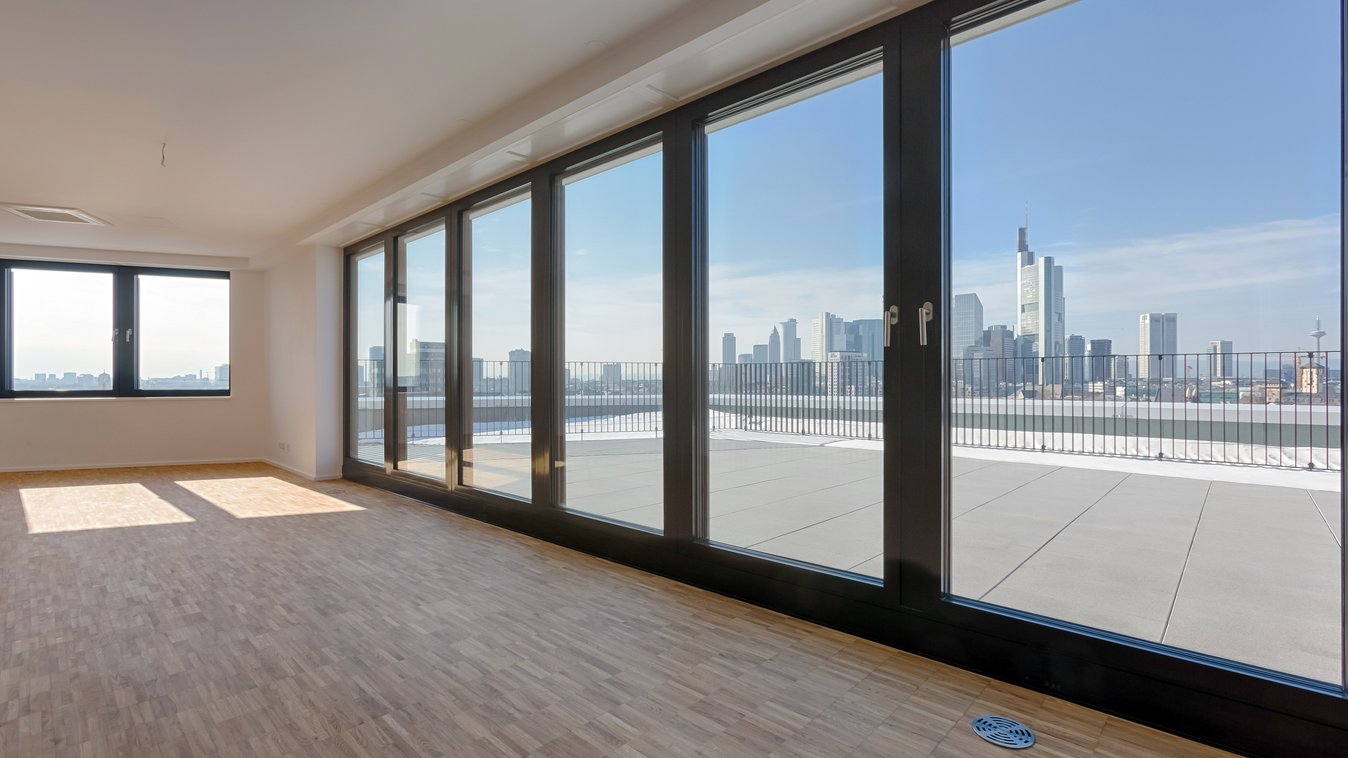 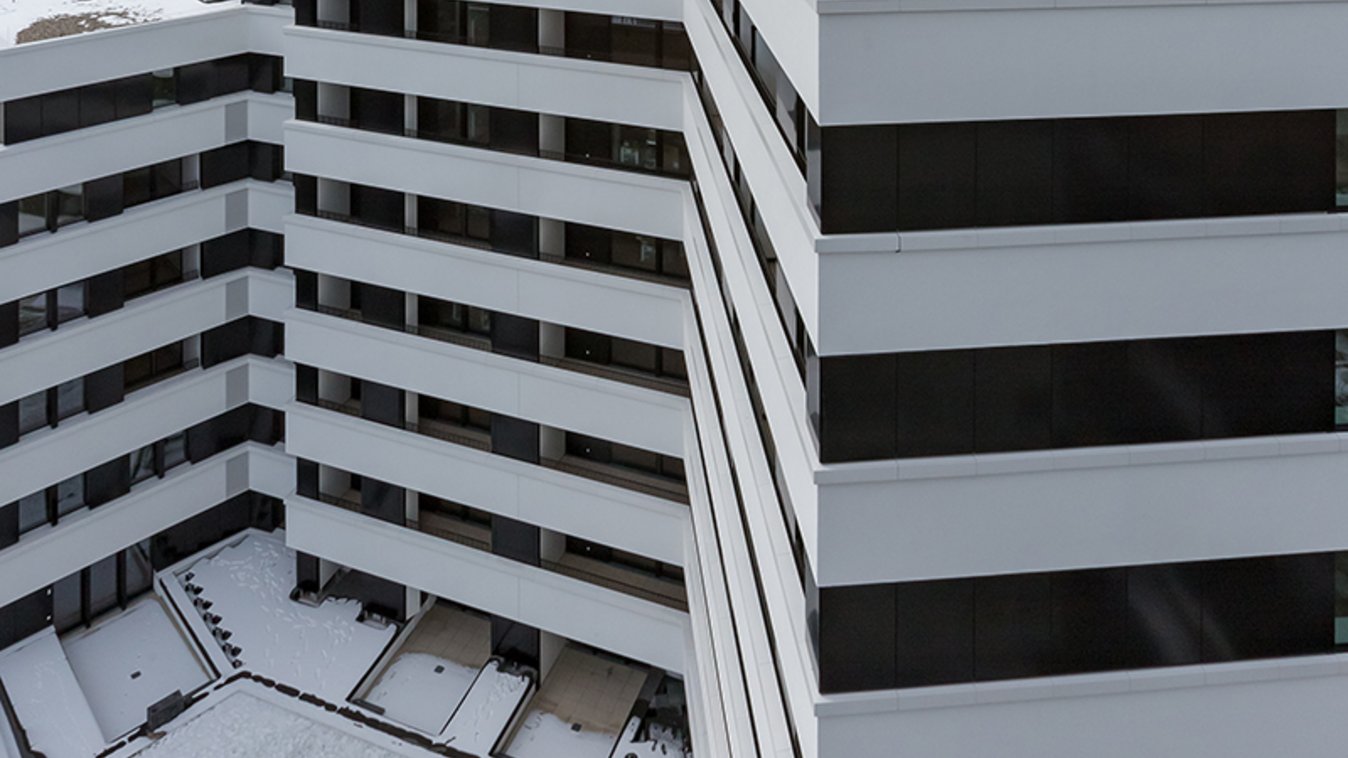 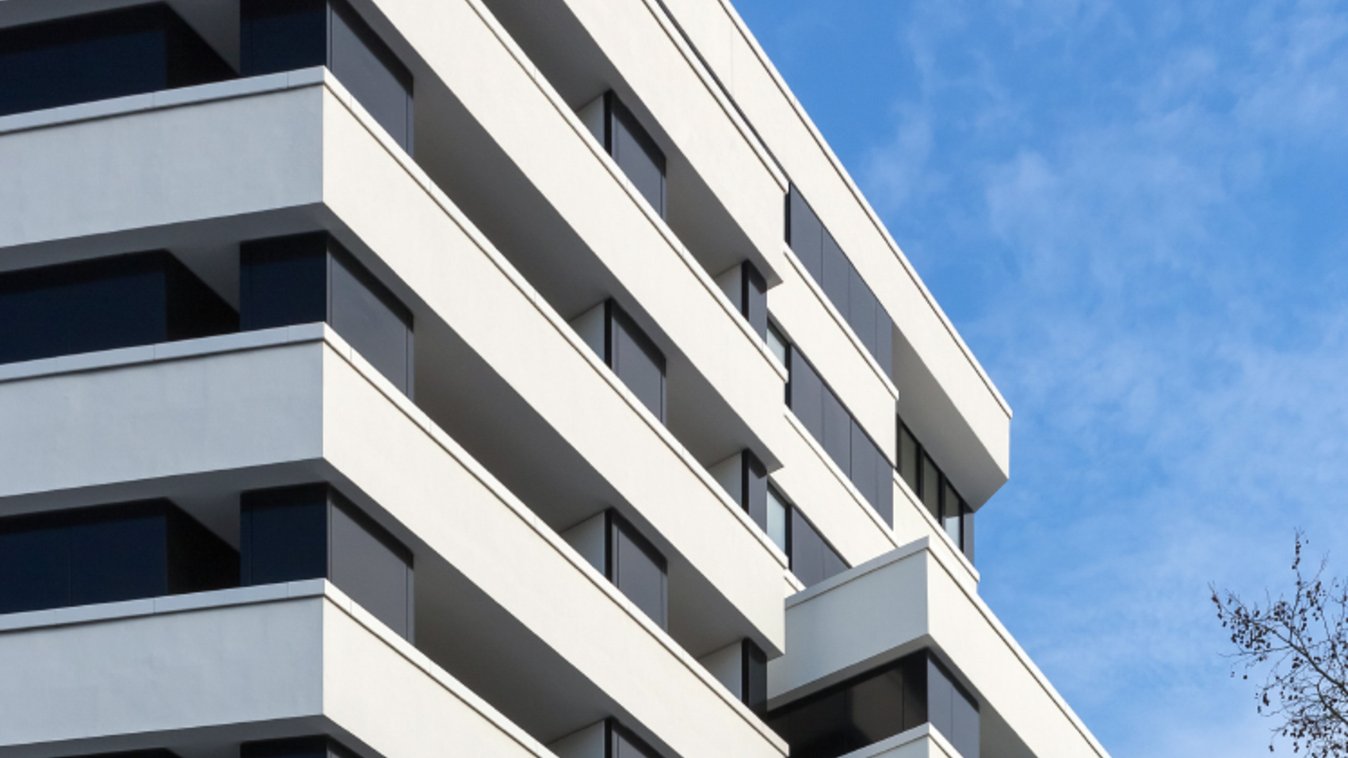 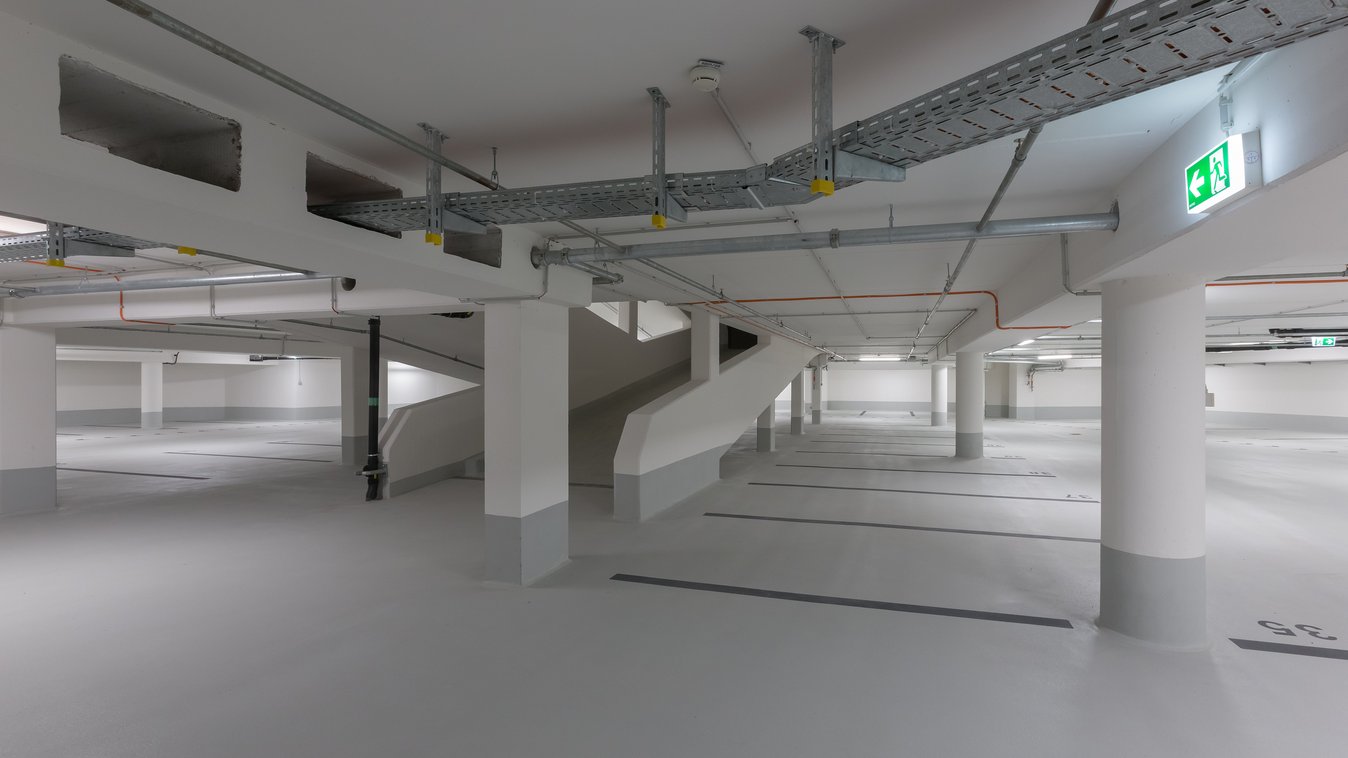 The Buildings branch in Frankfurt was awarded the contract by MEAG to convert an  eleven-storey office building in Frankfurt’s Sachsenhausen district into modern living spaces. The complete conversion project saw 86 rental apartments constructed to the KfW 70 standard over a surface area of some 6,200 m². The 86-space underground car park was also modernised and equipped with five electric charging points.

The ground floor area was repurposed into a large retail unit and two smaller ones. One- to four-bedroom apartments with areas ranging from approx. 25 m² to 200 m² offer space for comfortable living. The former technical control rooms on the 9th and 10th floor were converted into two spacious penthouses spanning two storeys.

The apartments were finished to a high standard with balconies, loggias and patios, as well as ceiling up to three metres high and full length aluminium windows. They also feature parquet flooring in the living areas and bedrooms, in addition to modern bathrooms.