– Contracts worth a total of around CHF 100 million

Dietlikon, 20 February 2020 – Implenia has won three new sustainable building construction projects in Germany and Switzerland worth a total of around CHF 100 million. In Munich, Implenia is building “Der Heimeran” for a project run jointly by KIRKBI A/S, DK-Billund and ehret+klein. In Berlin, the Group is building a new residential high-rise building with 151 apartments for Degewo Süd Wohnungsgesellschaft mbh. And back in Switzerland, Implenia is renovating and extending twelve buildings in Bernex-Sézenove, dating from 1976, for the Migros pension fund.

Respected Munich architectural practice OSA Ochs Schmidhuber designed the state-of-the-art office complex being built directly on Heimeranplatz on the corner of Ridlerstrasse and Garmischer Strasse in Munich’s Westend district. The complex will offer around 15,000 m2 of gross floor space and will meet the DGNB Gold Standard for sustainability. The distinctive corner building, 14 storeys high, is designed to look like a stack of offset cubes. This flagship structure is flanked by a five-storey block-edge development. The high-rise replaces the old Philips tower block. Construction is scheduled to start in autumn 2020. The client chose Implenia not just because of its pricing, but also because of its collaborative approach. Thanks to its wide-ranging expertise, the Group was also able to suggest several optimisations to the client.

On a plot on the corner of Friedrich-Kayssler-Weg and Walter-Franck-Zeile in the Berlin district of Gropiusstadt, Implenia is building a residential tower block for Degewo Süd Wohnungsgesellschaft mbh. The building consists of two connected towers, one of 21 storeys and one of 18. The contract also includes outdoor areas and planning services (phases 2 to 5). A total of approximately 9,000 m² of lettable floor area is being created. The 151 apartments are being built to the KfW-55 efficiency standard. 50% of the apartments are subject to housing promotion conditions, 30% qualify as accessible homes. Implenia won the competition for the contract primarily because of its closely integrated planning and execution expertise along the entire value chain.

In addition to the two new orders in Germany, Implenia has won a new building construction contract in Switzerland. The Migros pension fund (MPK) is continuing its proven partnership with Implenia. MPK has asked the Group to renovate 76 apartments and add 22 new ones in the Geneva district of Bernex-Sézenove. The renovation and additions will increase the floorspace of the twelve existing buildings by about a quarter. MPK and Implenia have both signed up to stringent sustainability standards, and the project is prioritising very high energy efficiency (to meet the THPE standard). Implenia is therefore installing an insulation shell as well as a new type of heating system – a solar heat pump system with ice storage (IceSol). The renovation and extension work is expected to begin in May 2020 and end in December 2022. 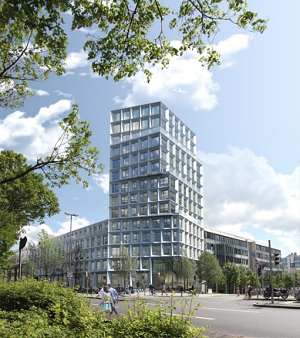 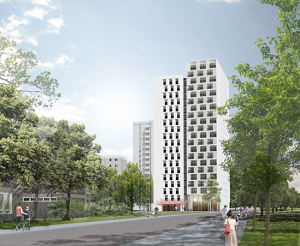 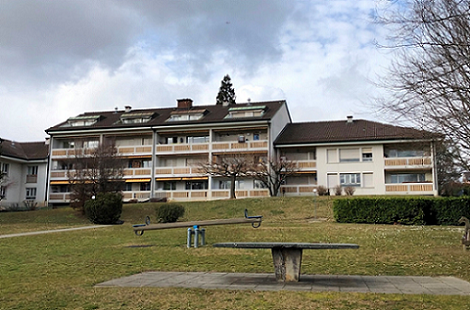 In Bernex-Sézenove, Implenia is renovating and extending twelve buildings dating from 1976, using a resource-conserving insulation sleeve and an energy-efficient heating system. (Image: Implenia)

Implenia is Switzerland’s leading construction and construction services company. It also has strong positions in the German, French, Austrian, Swedish and Norwegian infrastructure markets, as well as significant building construction and civil engineering operations in Germany and Austria. Established in 2006, Implenia can look back on around 150 years of construction tradition. It brings the expertise of its highly skilled construction units together under the roof of a company active throughout Europe. With the broad offering of Implenia and the deep experience of its specialists, the Group can manage a building project through its entire lifecycle and deliver work that is economical, integrated and customer-centric. The focus is on striking a sustainable balance between financial success and social and environmental responsibility. Implenia, with its headquarters in Dietlikon near Zurich, employs more than 10,000 people in Europe and posted revenue of around CHF 4.4 billion in 2018. The company is listed on the SIX Swiss Exchange (IMPN, CH0023868554). More information can be found at www.implenia.com.