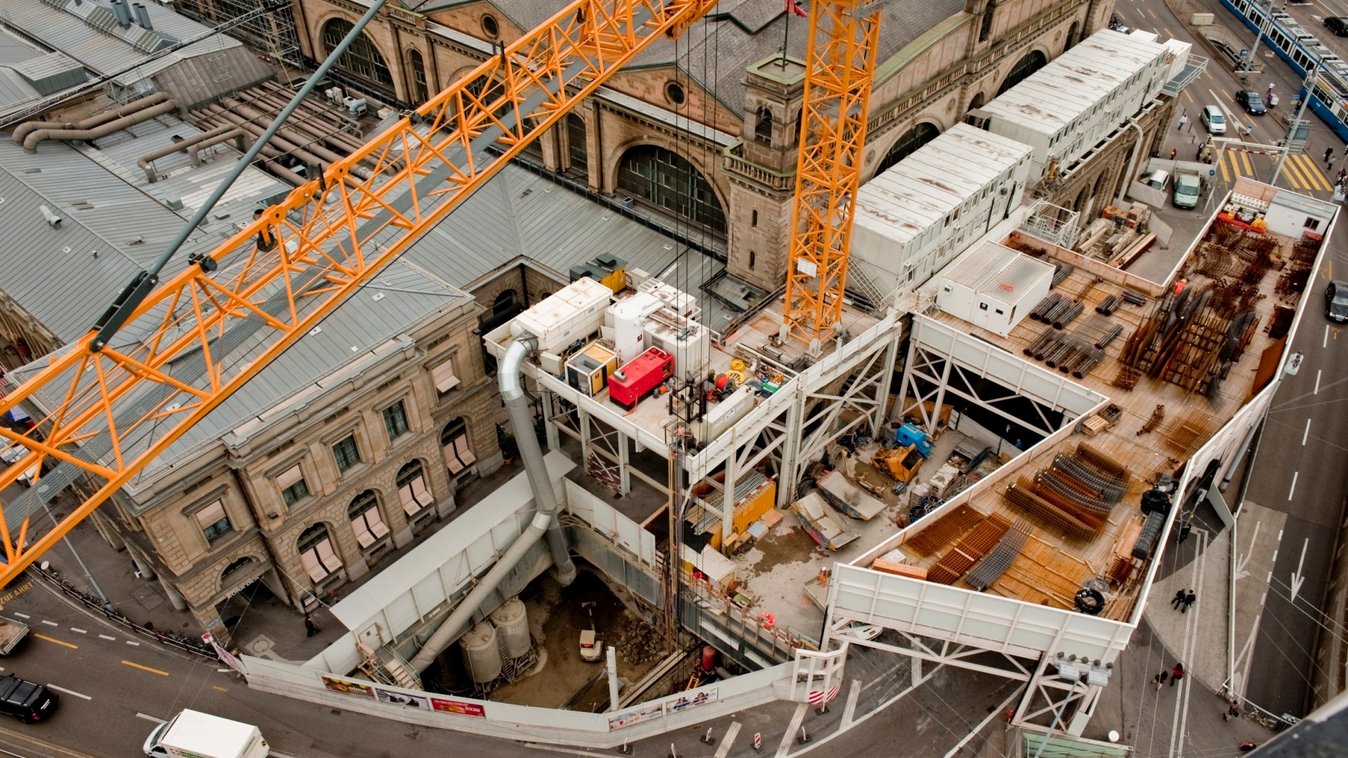 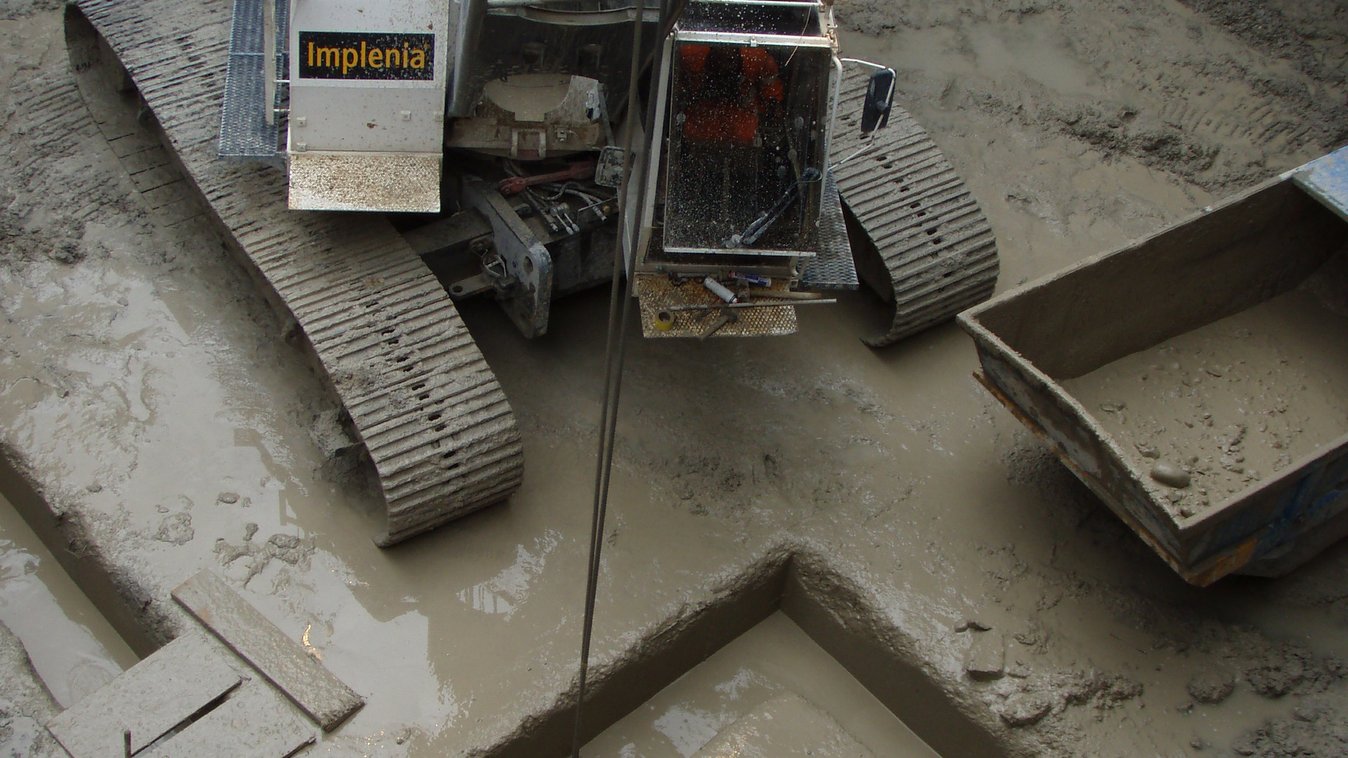 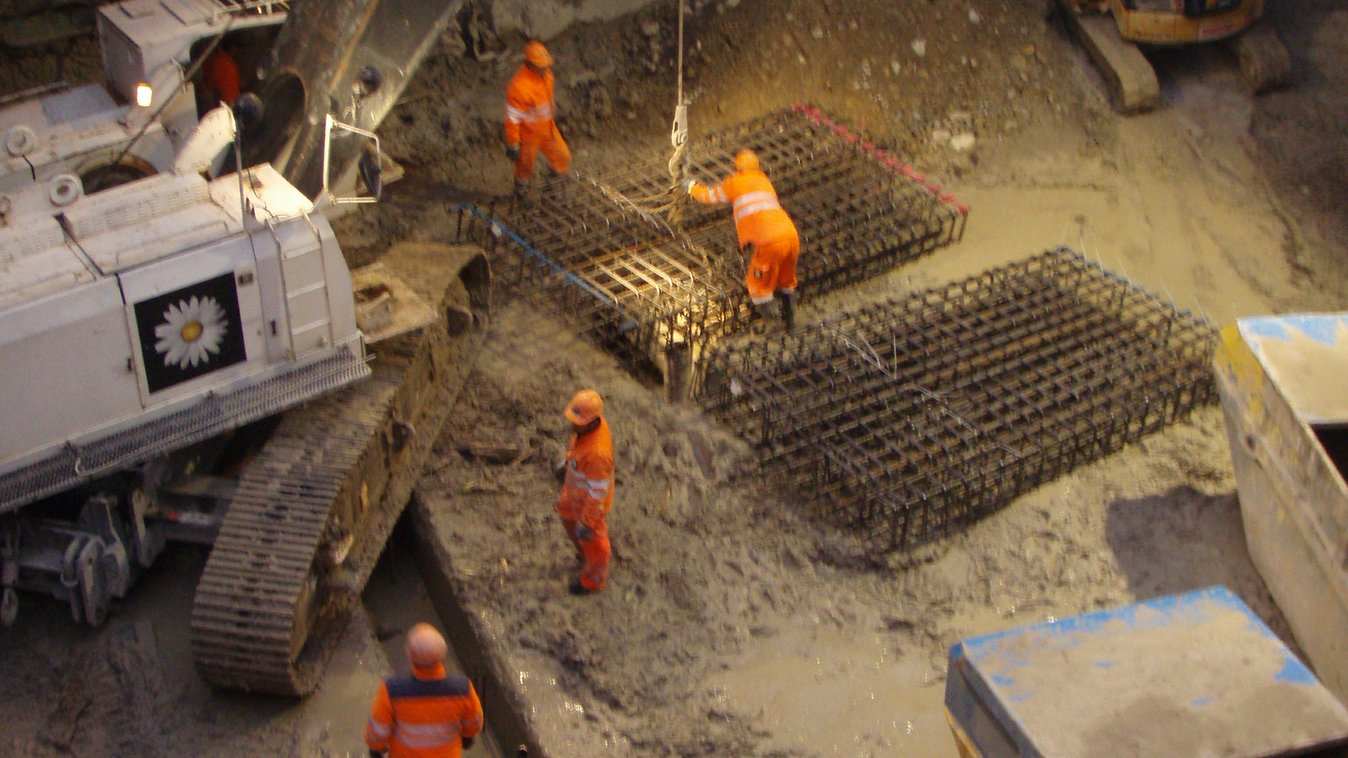 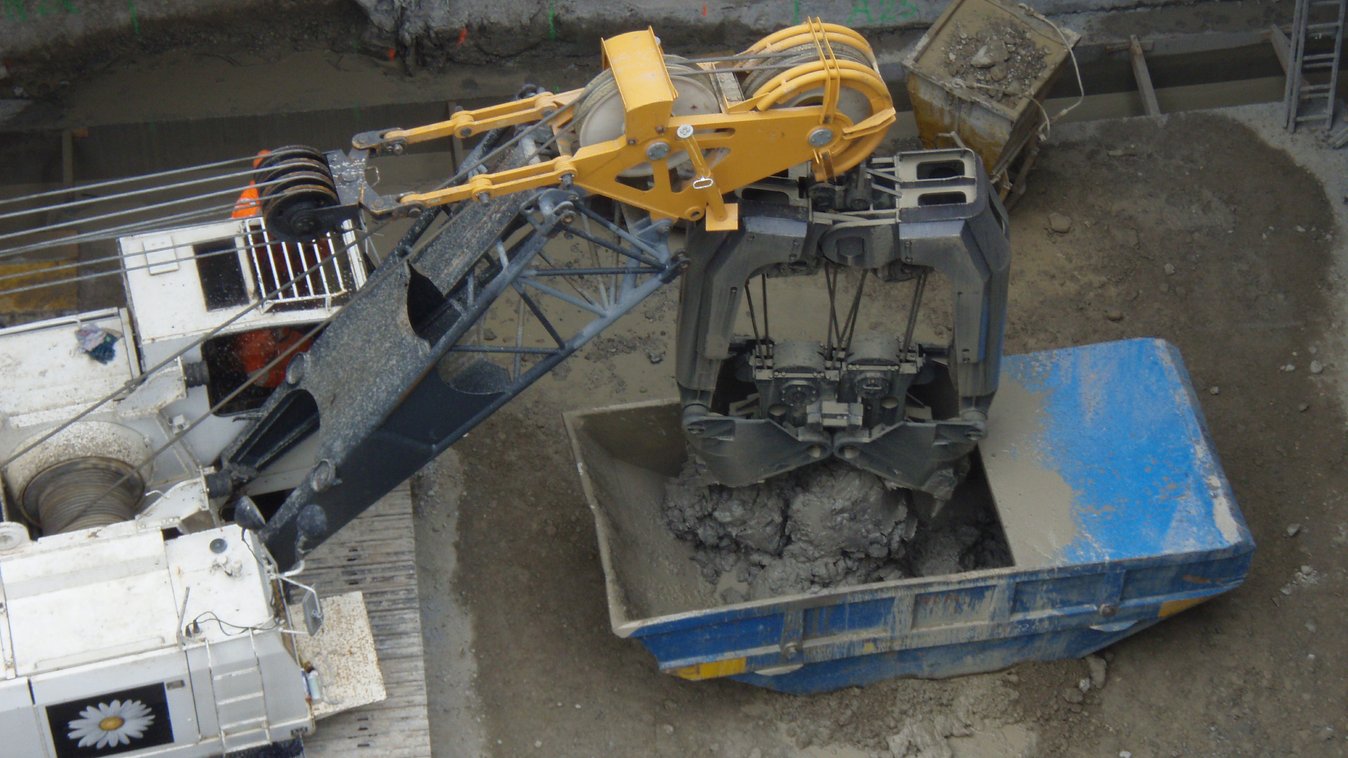 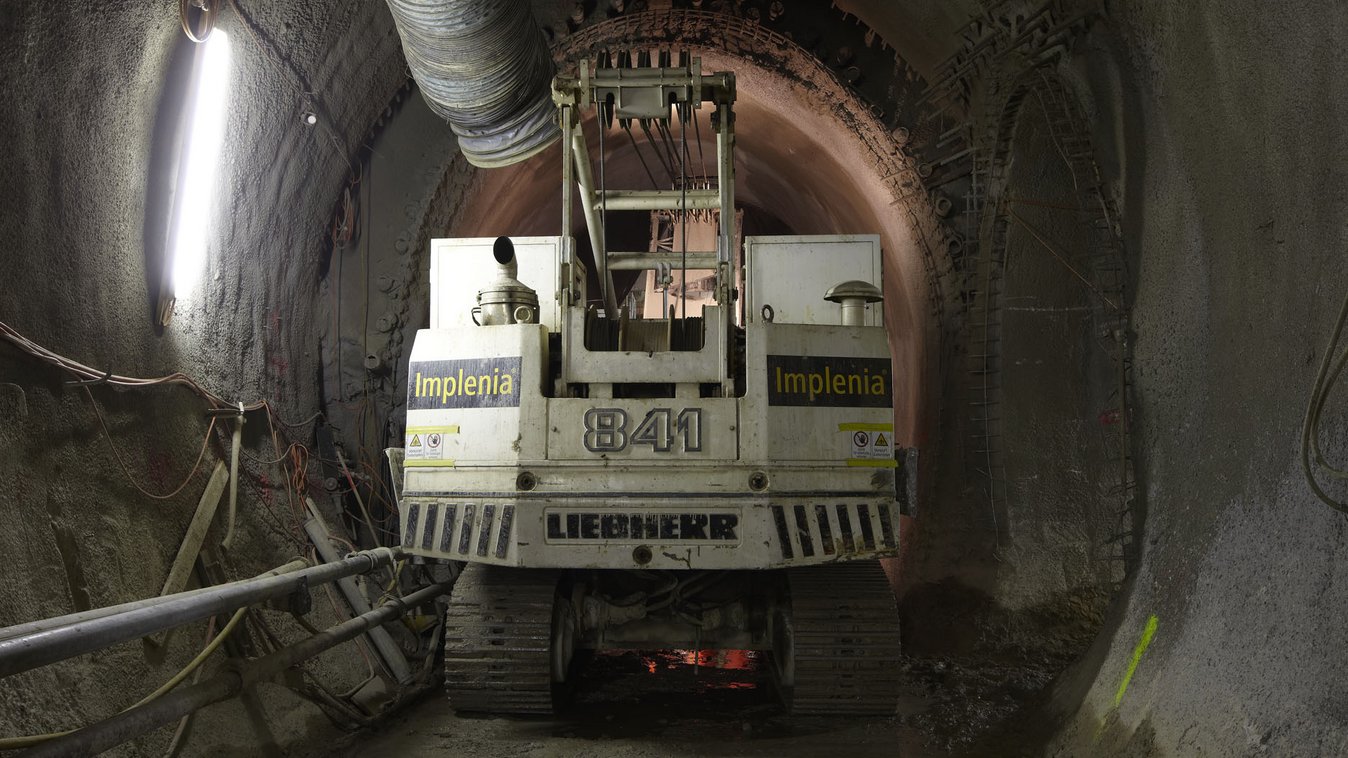 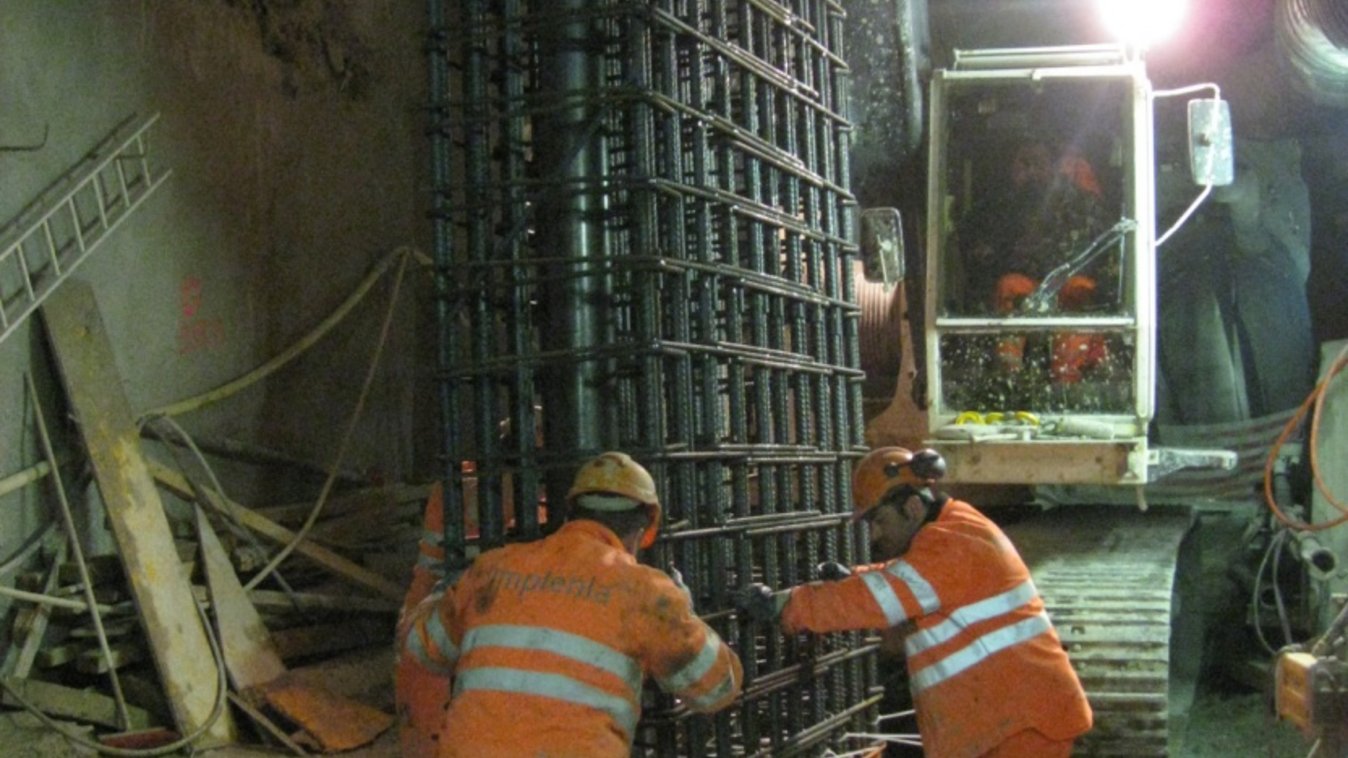 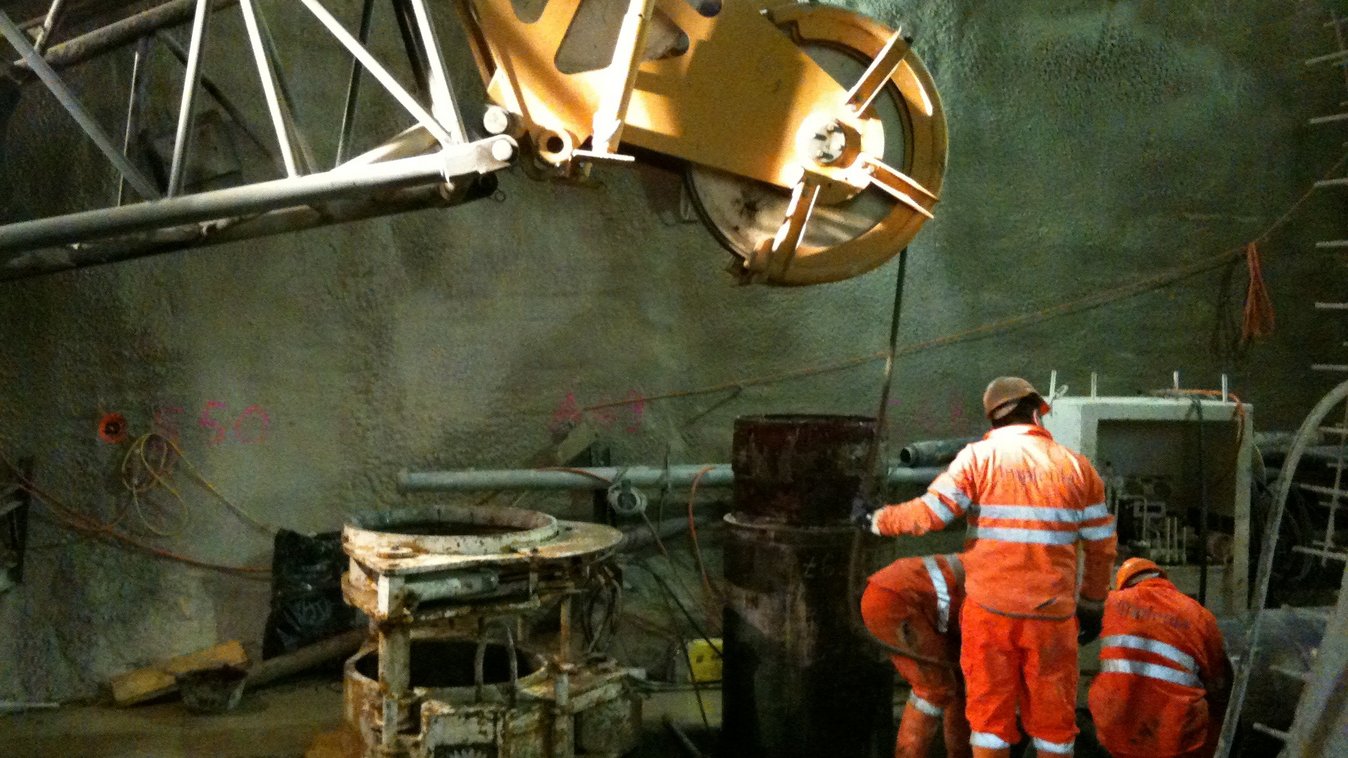 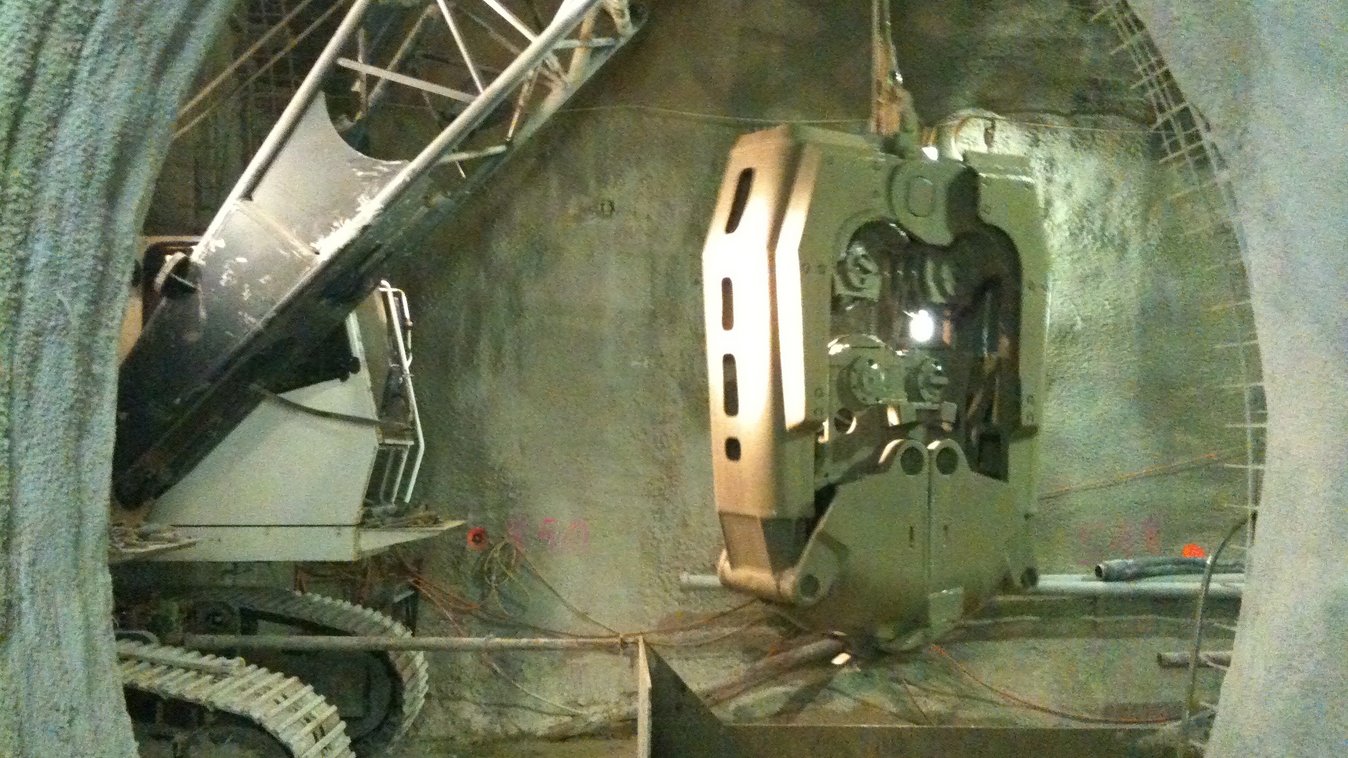 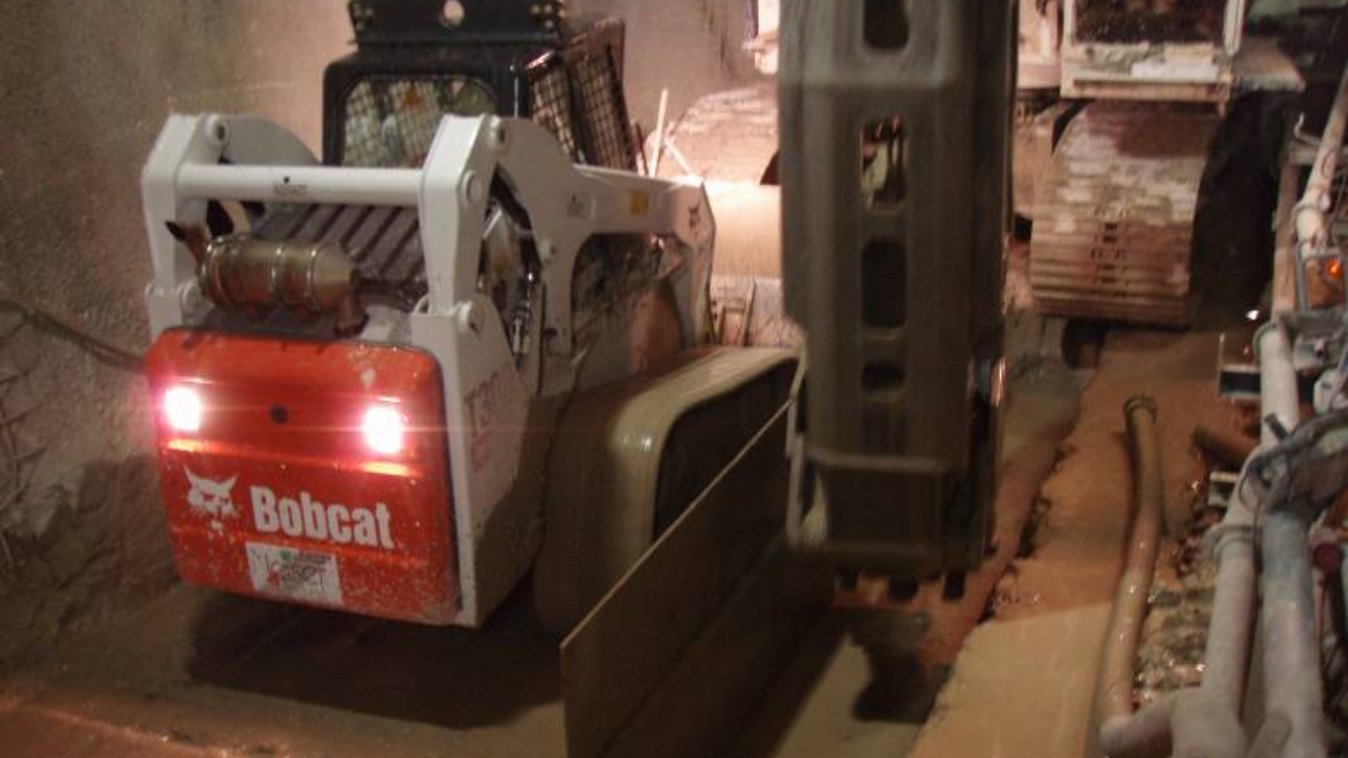 For the construction of the new cross-city link between Zurich Oerlikon and Zurich Altstetten, an access shaft was built at Bahnhofquai to act as the main starting point for underpinning the listed building in the southern section and as the target excavation pit for the tunnel boring machine in the Weinberg Tunnel.

The shaft of the southern section was constructed using diaphragm walls. It has a base area of 22 x 23 metres and reaches a depth of 17 metres when fully excavated. In order to install the diaphragm walls from the level of the preliminary excavation, modified cable excavators and diaphragm wall grippers were used because the working height was restricted by the temporary bridges overhead. The diaphragm walls were reinforced horizontally using five layers of permanent anchors. The lowest anchor heads are situated 11 m below the groundwater level, directly within the reach of the Limmat River. Specially developed drilling preventers and anchor sleeves were used to install the anchors.
The mining technique
In what was possibly a world first, a method based on mining techniques was used to underpin the southern section. In a westerly direction, two longitudinal tunnels – each 110 m long and 6 m high (base to roof) – were driven out of the shaft up to the section 2 lot limit (Löwenstrasse transit station). Starting from these tunnels, two diaphragm walls with a thickness of 80 cm and a depth of 20–23 m were built using the same modified cable excavators. In order to build what would later be the roof of the tunnel, 23 cross-passages were arranged in a row between the longitudinal tunnels. Pre-tensioned support beams were then set in concrete in these cross-passages. Together, they would later form the tunnel roof. Under the protection of this roof and the diaphragm walls on both sides, the excavation work for the tunnel could then begin.
Injections in TBM target block
In order to ensure that the tunnelling shields of the tunnel boring machines in the Weinberg Tunnel could safely enter the target shaft in the southern section of Zurich main station, a sealing block 16 m long, 17 m wide and 17 m high was created in the Limmat direction by means of low-pressure injections into the ground. The aim of this measure was to increase the strength and decrease the permeability of the ground. Four injection phases, each with different formulations and injection materials, were applied to the soil matrix. In addition to common cement and bentonite, injections of ultra-fine cement, microsilica and silicate gel were also used. The contractor conducted preliminary tests in the laboratory in order to determine the composition of the mixtures.