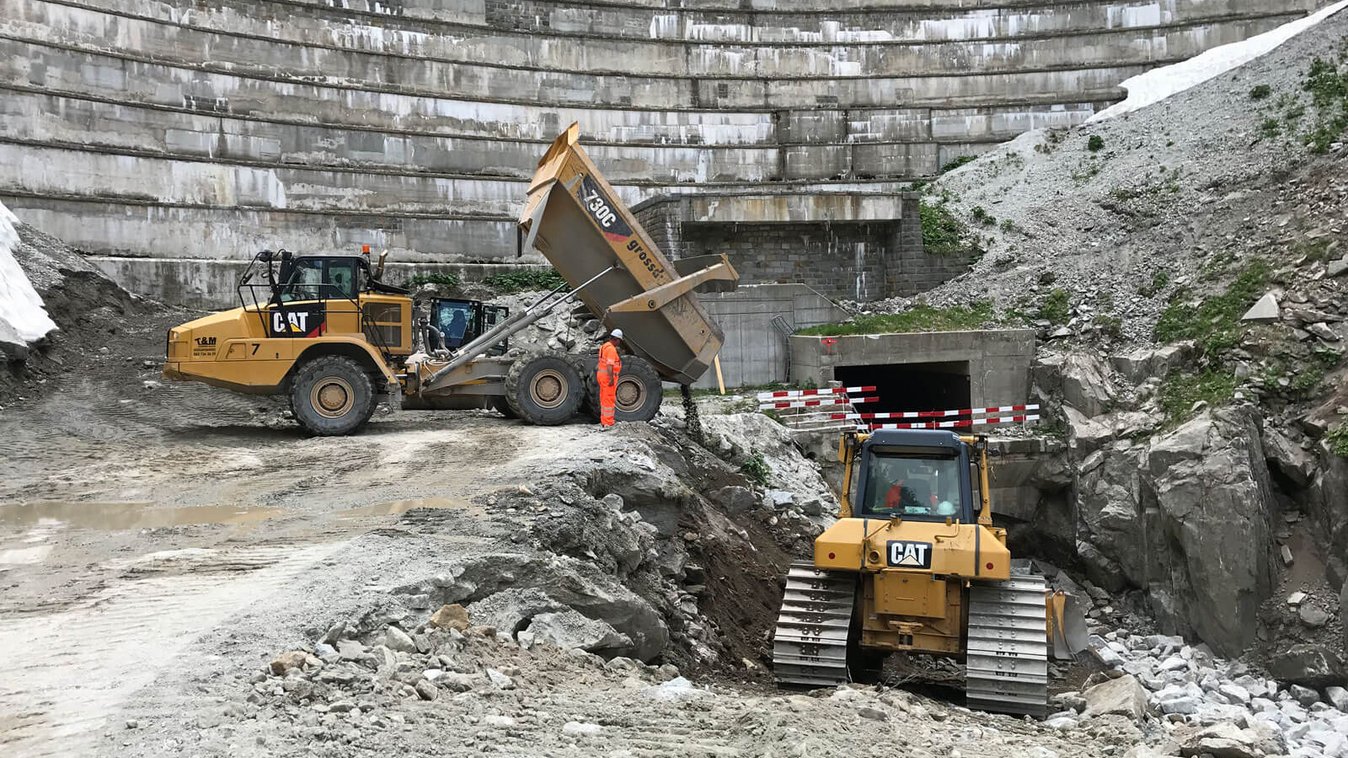 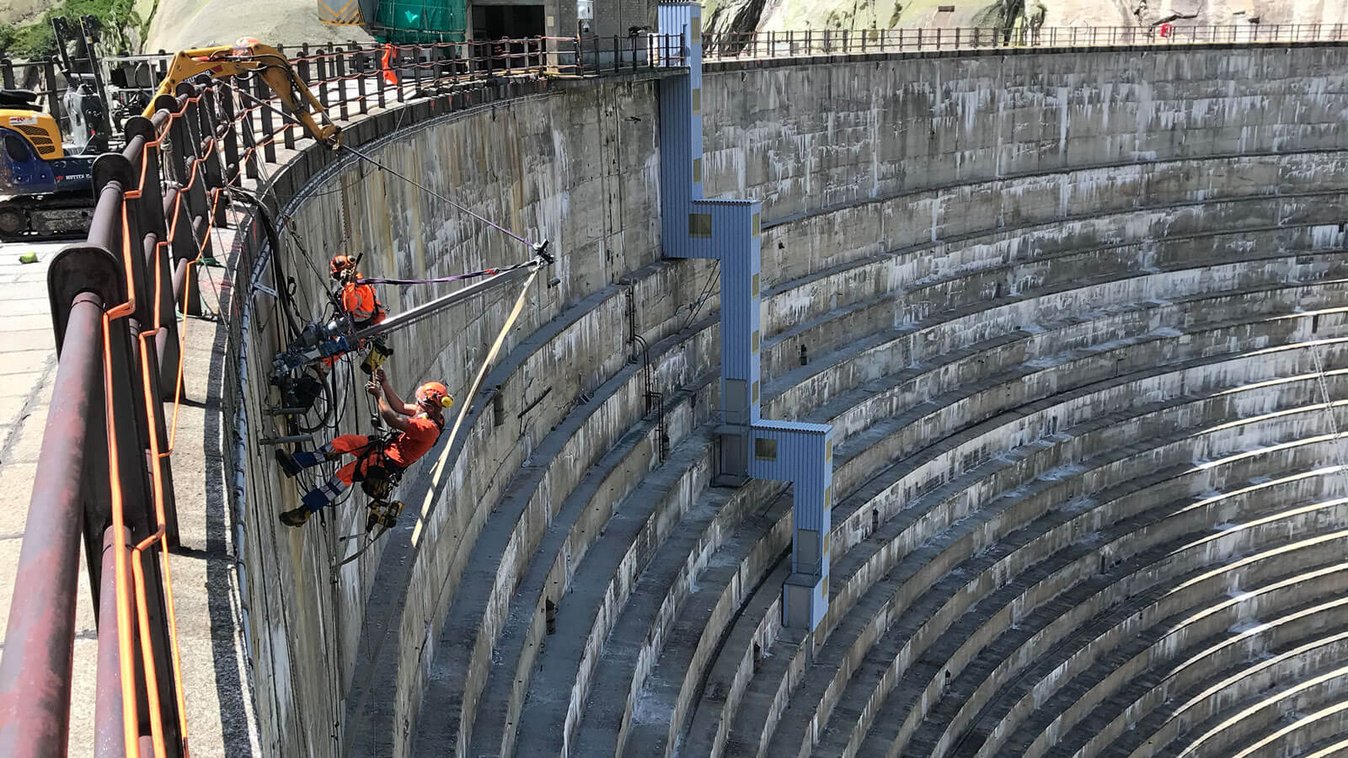 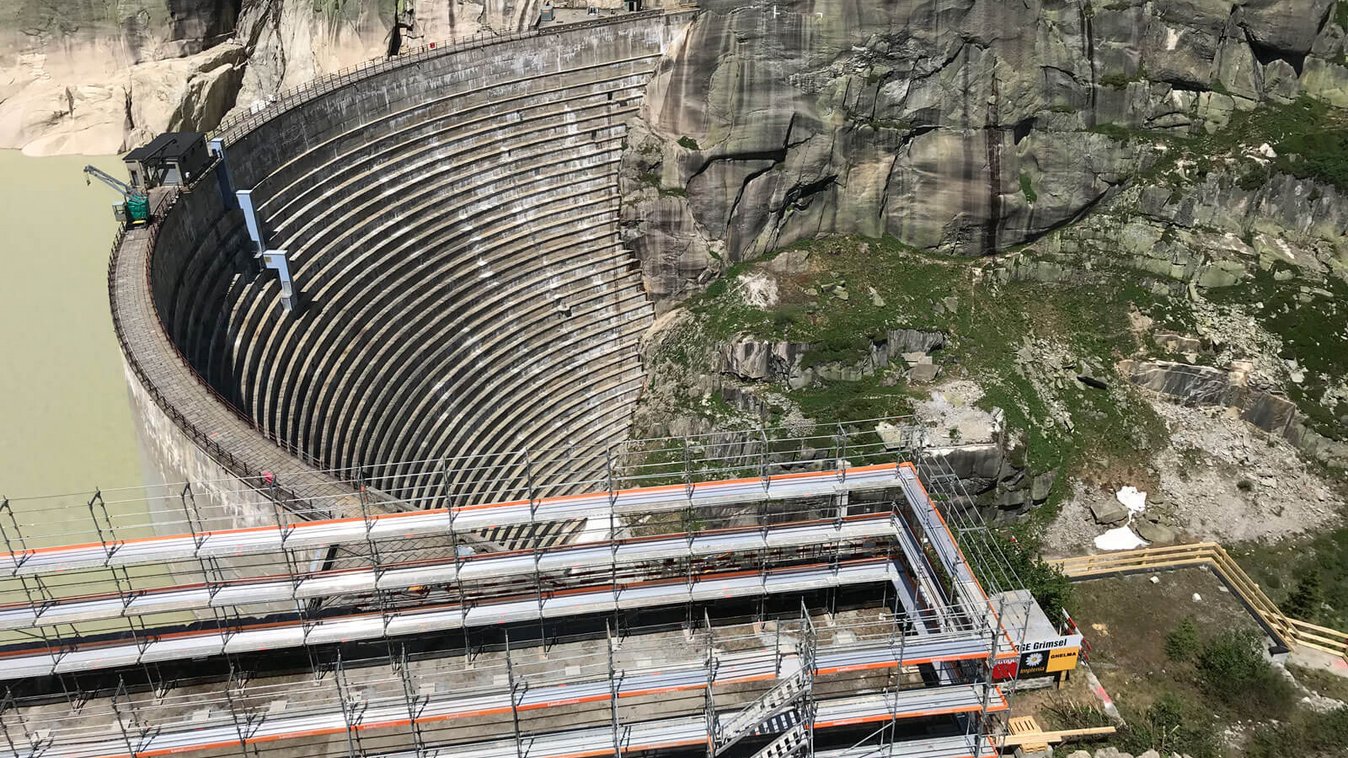 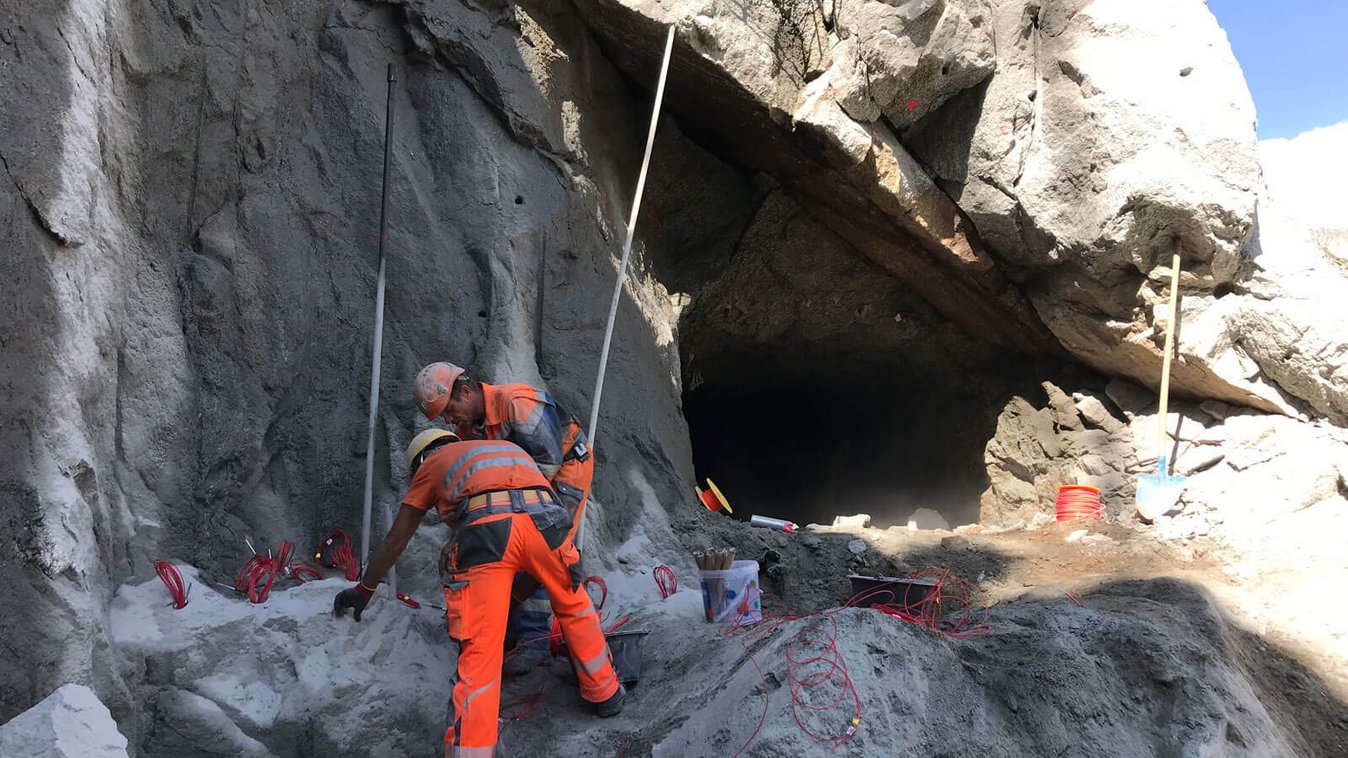 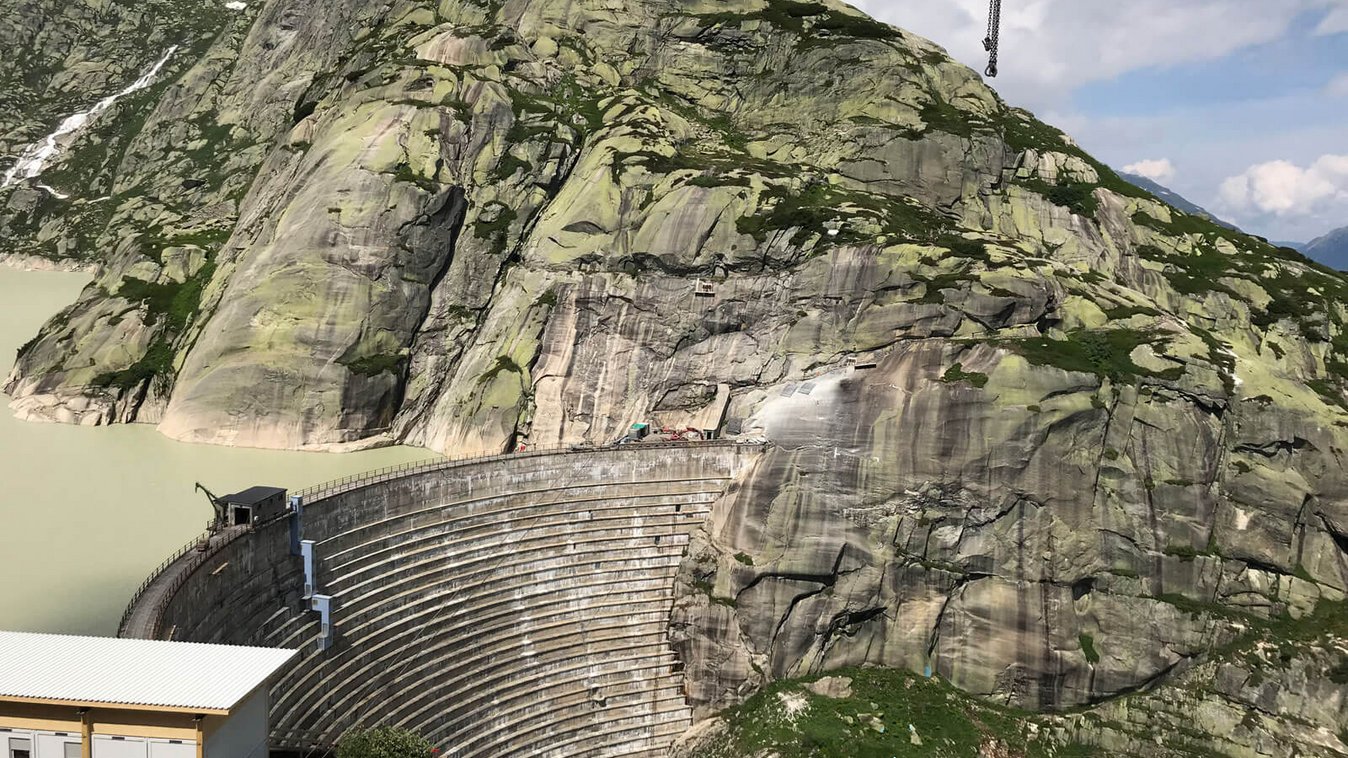 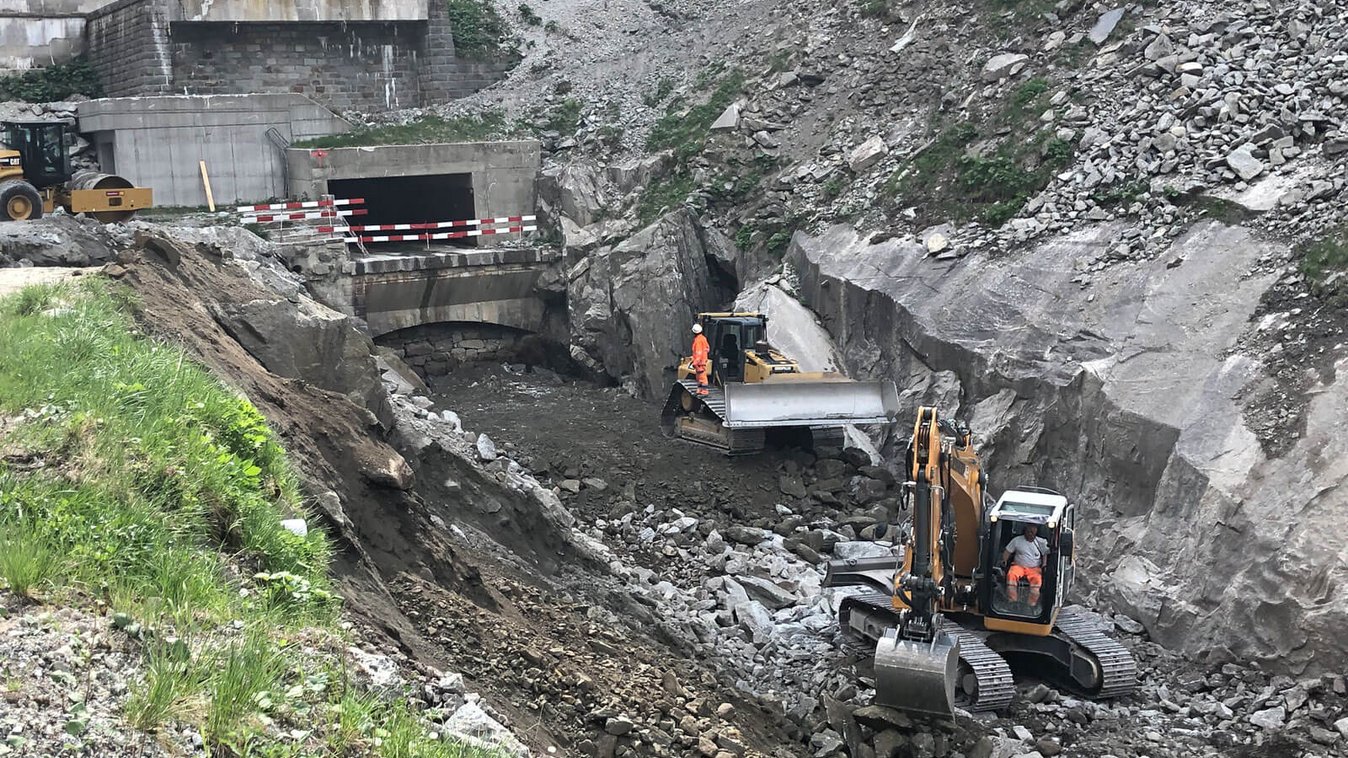 The new double-curvature arch dam will be built directly in front of the existing dam. The old dam will remain in place and will be flooded at a later date.

Kraftwerke Oberhasli AG (KWO) has tasked a joint venture, consisting of Frutiger AG (project lead), Implenia and Ghelma AG Baubetriebe, with replacing the Spitallamm dam on Lake Grimsel. Implenia has a 42.5% stake in the joint venture. The volume of the contract amounts to around CHF 100 million in total.
The existing Spitallamm dam was completed in 1932. Now, almost 90 years later, it is to be replaced. The new double-curvature arch dam will be built directly in front of the existing dam. The new structure has the same crest height as the existing arch-gravity dam and offers the possibility of a height increase at a later stage in order to enlarge Lake Grimsel. The dam is 113 metres high (without enlargement of the lake). The old dam will remain in place and will be flooded at a later date, with a tunnel being used to ensure that the water level is balanced hydraulically. In addition to some further underground construction, the order also includes preparation of the material for production of the more than 223,000 m3 of concrete. Building work began in summer 2019 and is scheduled to be completed in 2026.
Implenia is contributing its tried-and-tested expertise in the field of infrastructure and underground construction to the joint venture. Implenia has already had the opportunity to showcase its expertise in this domain in a previous project to increase the height of the Vieux Emosson dam (in Valais, Switzerland).