How can a multinational provider of construction services benefit from digital transformation and from trends within the industry? By creating space for new ideas and solutions. Last year, Implenia invested in digital construction and BIM technologies throughout the Group, as well as in integrated project execution and the use of industrial construction methods. An Innovation Hub was set up to reinforce the spirit of innovation within the company.

The more the world grows together, the more important digital methods such as Building Information Modelling (BIM) become. Implenia was quick to recognise this and has actively pushed the integrated planning and execution of building projects. A Group-wide approach was defined in 2019, the aim of which is to establish a standardised digital BIM-based process along the whole value chain. A global BIM team has continued to develop use cases, some of which are being tested across all the divisions. Local BIM experts are helping project teams to apply these use cases in practice. In addition, Divisions Buildings, Development and Civil Engineering have each established their own BIM Core Teams. 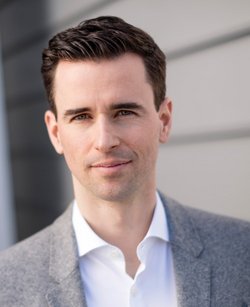 “End-to-end BIM will determine the future orientation and competitiveness of our core business.”

The planned combination of BIM and Lean Construction puts Implenia in a position to connect processes and data efficiently and manage information across the whole lifecycle of a building or infrastructure. Marc Brülhart, Head Project Excellence & Services: “With BIM, we’re able to generate data and knowledge, which will form the foundation for future developments.”

The fact that BIM makes Implenia more competitive has already been shown clearly in projects like the development of the Lokstadt neighbourhood in the Swiss city of Winterthur and the Varberg Tunnel in Sweden. The priority now is to digitalise all processes across the board. Marc Brülhart already sees positive effects: “BIM is not only improving the efficiency and quality of our projects; in addition it encourages collaboration among colleagues. We have already been able to put new ideas into practice in our Divisions Buildings and Civil Engineering. Customer relationships have also changed: we are working together more intensively and with increased trust.”

Digitalization has become essential to building construction. More and more clients demand that BIM be used and want to be actively involved in the process right from the start – especially with reference to cost control. Additionally, the model based construction schedule simulation helps foster mutual understanding between project team and client. Presenting a digital, virtual reality image of the future building or structure can also be an important asset in the sales process. Division Buildings already develops, plans and executes some of its projects using BIM, but Marc Brülhart believes that the greatest potential lies in the comprehensive digitalization of all processes. One of the plans for 2020, therefore, is to introduce a completely BIM-based tendering process. In the medium term, process control on construction sites should also be completely digitalized. Furthermore, there is great potential in using digital data to sustainably manage buildings once they are in operation.

All the advantages that Buildings gets from BIM apply just as much to Civil Engineering. Digital planning methods tend not to be so common here, because a lot of clients still use traditional 2D methods for tendering. But complex major projects in particular can benefit greatly from the streamlined, transparent processes that BIM brings with it. This is why Dominic Singer, Head of BIM at Civil Engineering, is especially proud of the projects in which BIM is already being used, like the Schwamendingen road enclosure in Zurich. This job includes the construction of 13 building pits – a logistical challenge that the team mastered using the first four dimensions of BIM to visualise the construction process.

Dominic Singer: “BIM allowed us to accelerate the process hugely, even in the tendering phase.” The tunnel beneath the Swedish town of Varberg is another challenging major project on which Implenia used BIM right from the start – for development, planning and now execution. In 2020, Division Civil Engineering will be working on a standardised, BIM-based process that encompasses everything from project idea to potential remediation work. This will allow Implenia to extend its leadership position in the local business as well as in special foundations, and actively help shape the industry’s future.

The total refurbishment of 180 apartments in Zurich is a prime example of the successful use of Lean Construction. In less than 80 days, Implenia modernised two large apartment blocks in the Schwamendingen district of Zurich from top to bottom: all kitchens and bathrooms, building services, roofs, basements and facades. The construction work – with all the different trades involved – went very smoothly, with hardly any faults, and the project was finished in time.

“Lean” is a term first used in the automotive industry. In the 1950s, researchers looked into ways of optimising production in order to work as efficiently as possible.

These “Lean Principles” can be transferred to virtually every industry – and are now used within the construction sector. Ray Bertschler, Global Head Lean Construction: “At Implenia we think of Lean Construction as an effective, low-waste method for planning and controlling projects. The clear objective is to achieve significant improvements in transparency, collaboration and communication. We want to lower costs, increase quality and complete projects on time.” Implementation within Implenia is already progressing at full speed. A global Lean Construction Team developed standardised methods and tools that were adapted by local Lean managers to suit their specific needs, and then piloted. 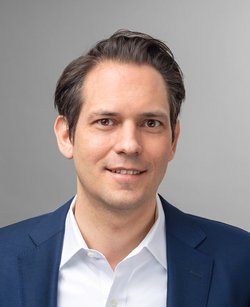 After evaluating the first pilot projects, a Lean Toolbox was put together in 2019. This includes standards that have been specially formulated for Implenia, including clearly structured procedures for process design, communication and collaboration. Division Buildings is currently using the toolbox on as many projects as possible. Small alterations were made in Division Civil Engineering, and these are currently being tested on live projects. Implenia employees have also now become accustomed to this new and effective way of working.

Ray Bertschler draws a positive conclusion: “If you use the philosophy of low-waste construction as a yardstick, we can say in good conscience that we have a lot of outstanding project managers and site managers who already have the Lean DNA in their bones and who use Lean in their day-to-day work.” In 2020, Implenia will continue to translate the experience gained in pilot projects into a Lean culture, and continue to expand the network of Lean experts within the company. 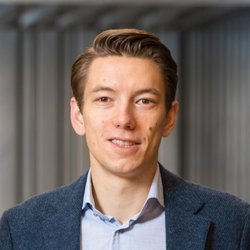 “The innovation hub catalyses and channels employee’s ideas. The Innovation Hub uses a digital platform to structure the processes involved in submitting, evaluating, supporting and developing these ideas ready for piloting.”

… have been submitted since the Innovation Hub was launched at the end of 2019, including some very promising ones.

Serial prefabrication has long been a standard in tunnel construction. Thousands of identical elements are produced in factories and then assembled on the tunnel construction site. For the Albvorland Tunnel, which forms an eight kilometre long section of the new railway line between Stuttgart and Ulm, Implenia set up its own temporary plant for the production of “tubbings”. Modern tunnel boring machines (TBM) facilitate an integrated process combining the actual drilling with the installation of tubbings, which are the concrete rings that line the inside of the tunnel.

Marc Brülhart, Head Project Excellence & Services: “We already use prefabricated elements in a lot of civil engineering projects. For the motorway housing we are building in Schwamendingen in Zurich, for example, we are installing prefabricated sections that are up to 30 metres long and cover six lanes of highway. This allows us to keep traffic disruptions to a minimum.”

Implenia also offers serial prefabrication of construction elements made of timber, for which it uses state-of-the-art manufacturing techniques. Prefab timber elements are being used, for example, on the “Krokodil” wooden building that Implenia is currently working on in Winterthur’s new Lokstadt neighbourhood. Semi-automated production machines read all the necessary information for the wooden elements directly from a three-dimensional BIM model. Another prominent example is Project Pi, the tallest timber-built high-rise in Switzerland, which is being built on a frame made entirely of prefabricated wooden elements.

The sky’s the limit with wood. Implenia is working with Duplex Architekten and Waltgalmarini engineers to build a unique apartment block: Pi, Switzerland’s first timber-built high-rise, will be 80 metres tall and will prioritise environmental and social sustainability. Most likely, it will be the third tallest timber-built high-rise in the world.

Modular construction brings many changes. Much of the work is now done in automated manufacturing and production plants under controlled conditions rather than on the construction site. Marc Brülhart believes there are opportunities for Implenia: “This method ensures that accurate, high-quality components are produced on time, which dramatically cuts the time required for installation on site. The result is shorter project duration, more reliable planning and lower costs. In 2020 we will continue to work hard to create the right conditions for the comprehensive industrialisation of our construction business.”