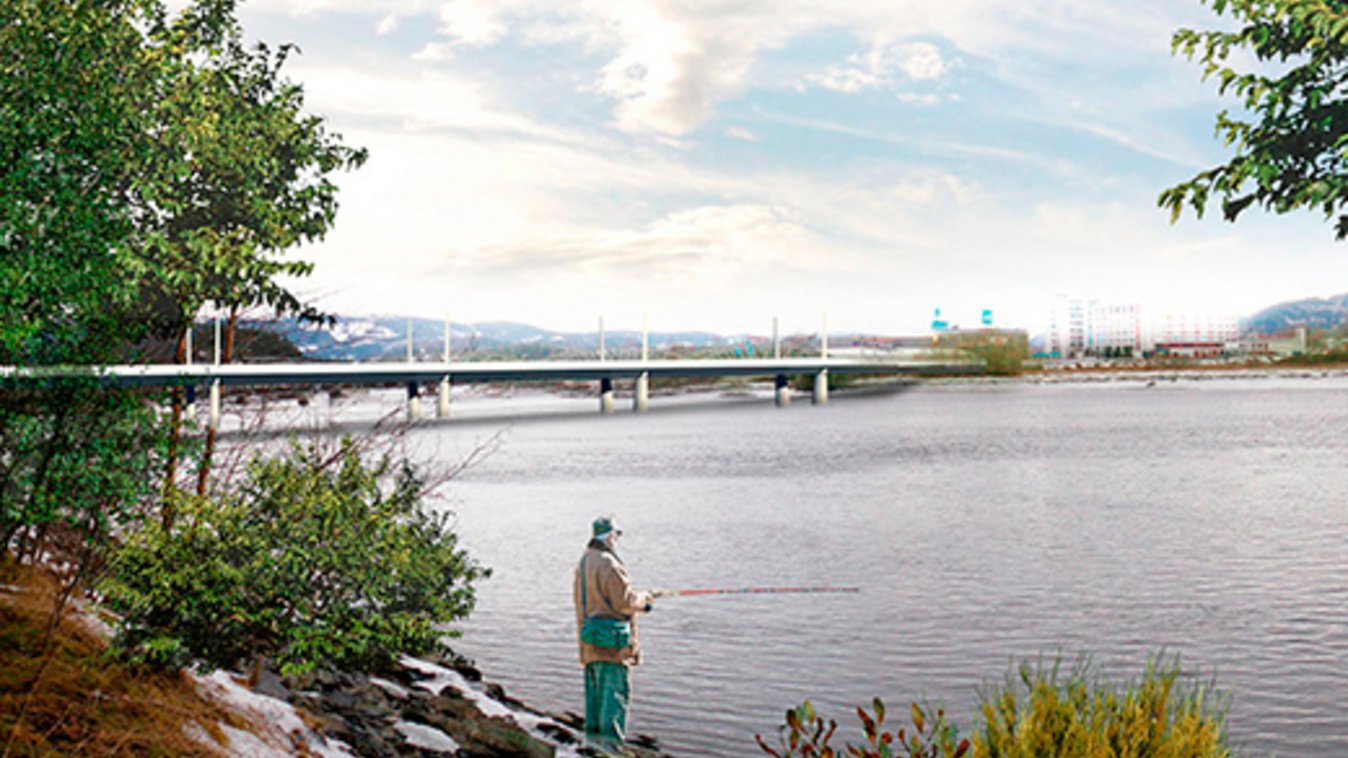 Implenia performed the substructure and superstructure works on a new bridge over the Stjørdal River. The bridge is a part of the development of the passenger transportation offer on the Trøndelag Railway. The excisting bridge was built in 1902, this is how the new bridge will look like.

Project scope. The works on the substructure consisted of foundations for a new double track railway, this entailed concrete works on the pillars and abutments, and necessary excavation and filling works. Five pillars and two abutments were built as in situ concrete structures. The foundations were placed close to the existing bridge over the Stjørdal River. The works on the superstructure consisted of steel and concrete works, damp proofing of the concrete surface and various equipment. The steel structure was built as a continuous girder bridge with girders along both sides of the bridge. The bridge is approx. 200 m long and 10 m wide.

The contract also included works like fillings towards the structures, some erosion protection, cutting of sheet piles, bridge bearings, railings, membrane works and some other minor works.

Improvements of the Trøndelag Railway. The Trøndelag Railway is being developed and upgraded. The new track plan at Hell and the new bridge over the Stjørdal River, along with the possible creation of a new driveway to both existing and new passing tracks, were the first step. After the completion of the Gevingåsen Tunnel in the autumn of 2011, the improvement from Hell station and north to the Værnes stop, remains. Today this stretch has an unfortunate track solution where all trains regardless of direction and route must deviate from their original route passing Hell station. The bridge over the Stjørdal River was built in 1900 and is dimensioned for the 1899 standardised train weight. The bridge’s condition involves major maintenance costs and the tracks are partially in bad condition. These are the reasons for low speed over large parts of the route.