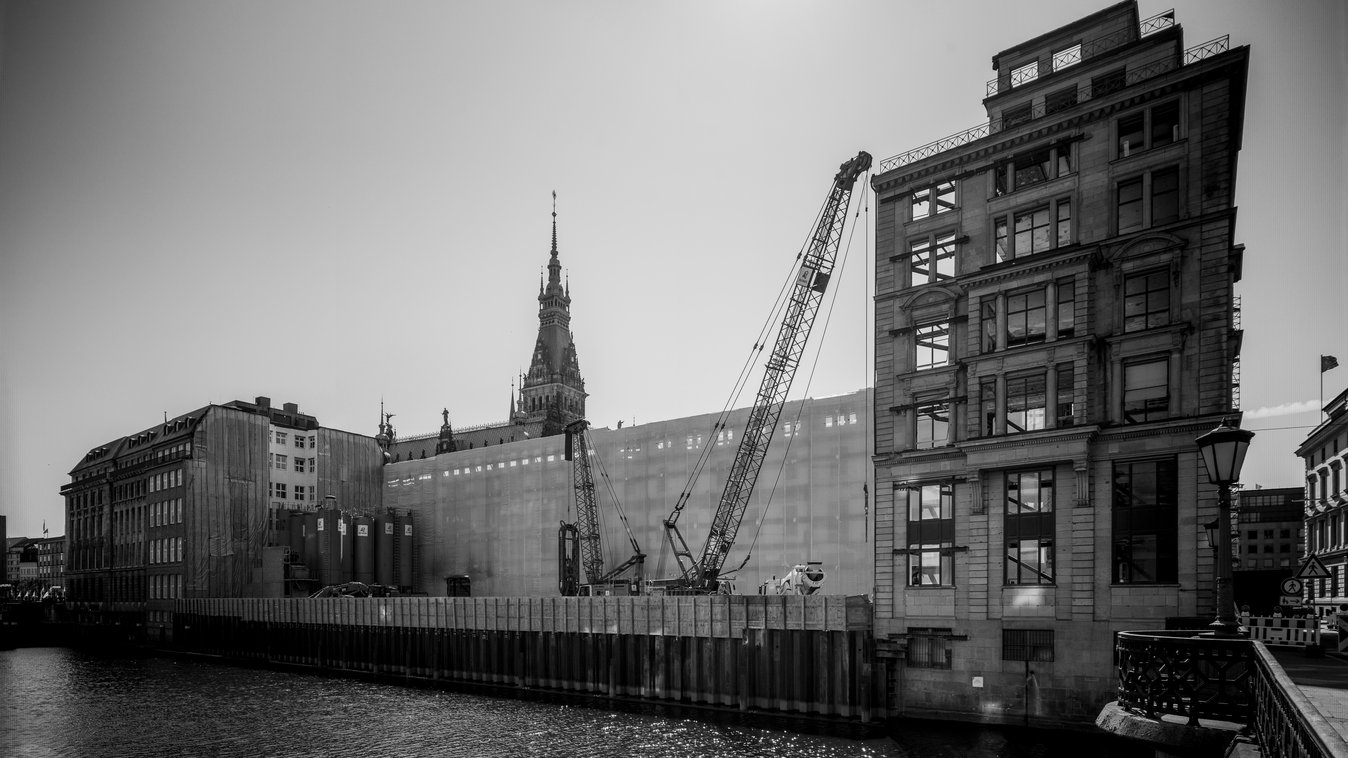 Behind the historic façades of the Alter Wall 2-32 ensemble, around 23,000 m² of modern office space and around 12,000 m² of high-quality retail space are to be created between Alsterfleet, City Hall, Rathausmarkt and the Chamber of Commerce.

In houses No. 10 - 32, a core renovation was carried out, in which only the listed façades facing the Alter Wall and Adolphsbrücke were retained. In house 32, the part of the existing building required for the stability of the façades was initially preserved. Subsequently, a 12-storey building ensemble was created here with 6 office, 3 retail and 4 parking storeys.

The property Alter Wall 2 - 8 was added to the list of listed buildings in 1983. The properties Alter Wall 10, 12, 20, 22 and 32 are listed as part of the ensemble Alter Wall 2 - 32, Rathausmarkt 2 as cultural monuments worthy of protection in the list of monuments. For buildings 10 - 32, a complete gutting and reconstruction behind the old facades was planned due to the poor structures and building fabric. In addition, the existing cubature of the staggered storeys was extended in parts (building 10 - 22).